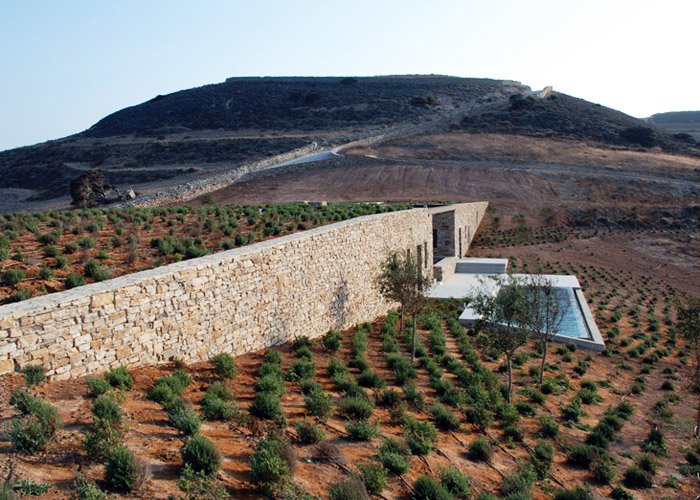 Merging modern aesthetics with architectural traditions that are as old as humanity itself, these contemporary earth-sheltered homes are like hobbit dwellings tailored to the landscapes and vernaculars of their specific geographic settings. If you’ve ever wondered what a 21st century hobbit house would look like in the desert, the mountains or on a seaside volcano, here’s an inspirational variety of houses that balance the sustainable aspects of subterranean buildings with 21st century looks and advanced technology. 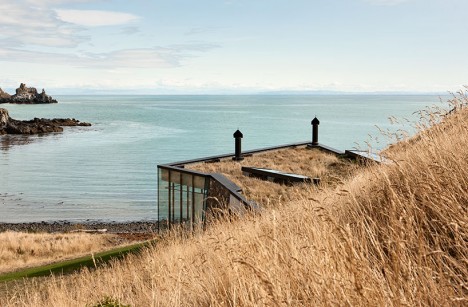 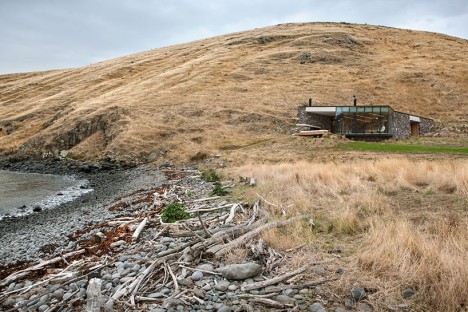 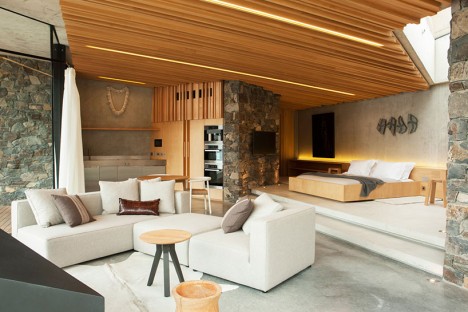 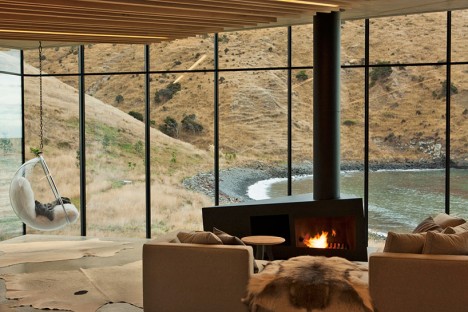 Tucked into a tiny cove on the shore of two volcanoes in New Zealand, this unique residence by Auckland-based studio Pattersons Associates is made of locally quarried stone and cast-in-place concrete, butting up against the slope so its grassy surface can continue right onto the roof. This makes the nearly 100% self-sufficient vacation getaway practically invisible from above, with all views directed to the sea. 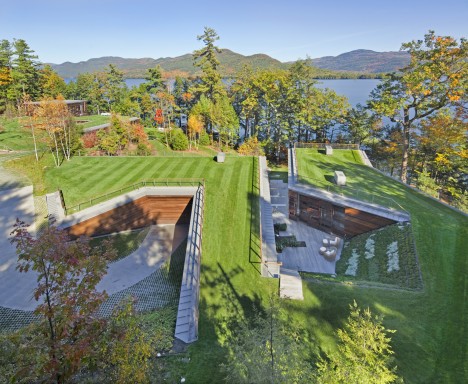 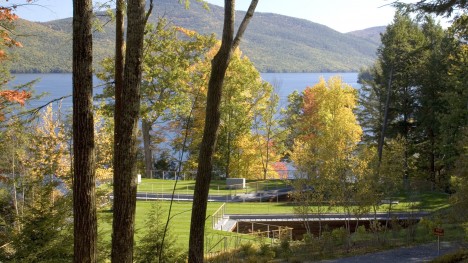 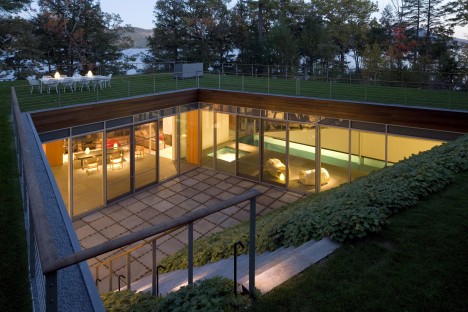 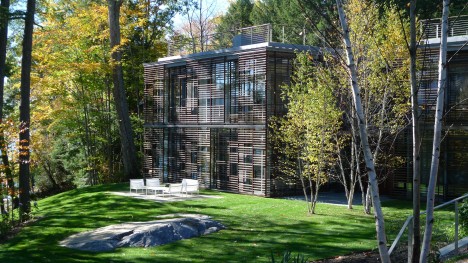 Located on a wooded lakefront property in upstate New York, this home by GLUCK+ takes its inspiration from the tradition of Adirondack Great Camps, maintaining a ‘cabin in the woods’ feel while also disguising most of the living space under grass. Say the architects, “‘Burying’ the project works on multiple levels: it is energy efficient, it sits lightly on the landscape, and creates an architectural tension between the clarity and purity of the exposed construction above the ground plan and the mystery and eccentricity of the spaces below. What was inhospitable and uninhabitable becomes new playing fields, outdoor terraces and recreational lookouts to more fully experience the exceptional characteristics of the geography of that particular place.” 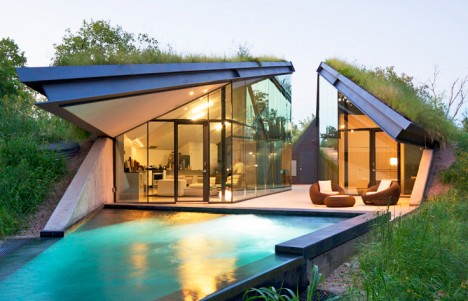 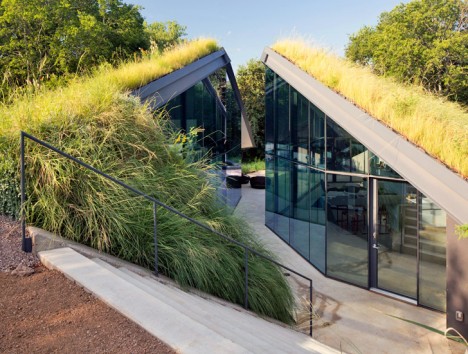 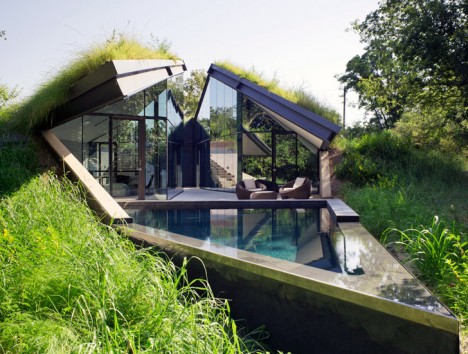 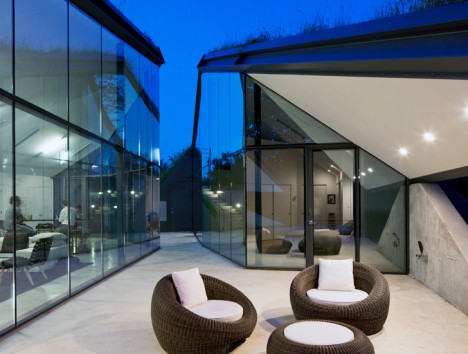 This unique geometric home by Bercy Chen Studio is on a rehabilitated brownfield site in Austin, built into the earth and covered with grass. Though this passive heating and cooling technique is as old as time, the rest of the house is high tech, making use of the latest technology. The home is a modern reinterpretation of the Native American pit house, one of the oldest architectural forms known in North America. 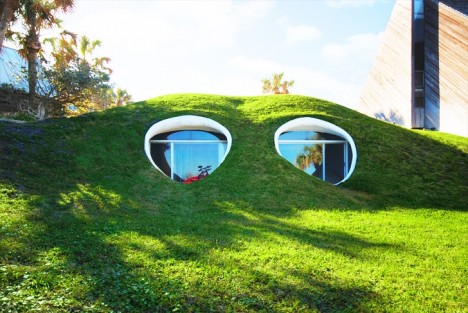 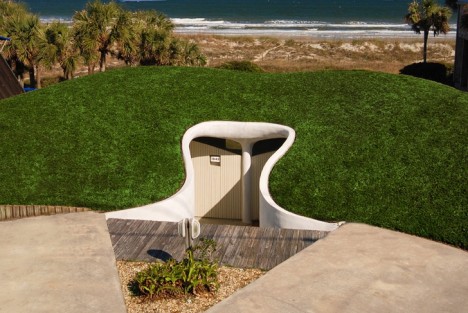 Architect William Morgan had the bright idea to build this house right next door to his own when the property became available, to ensure that he’d always have a pleasing view no matter who moved in. Completed in 1975, Dune House preserves the ecological character of the oceanfront dunes. Inside, two 750-square-foot apartments are connected by a main landing. Morgan rented them out for decades before selling the property in 2012.