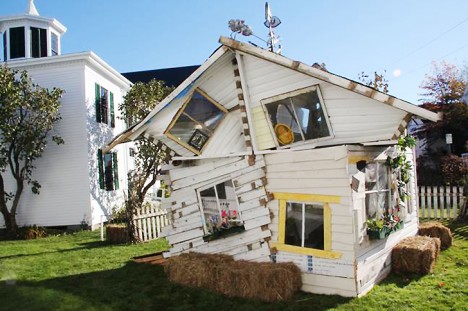 In a remarkable 24-hour collaboration, a series of artists banded together to build a replica of the infamous house from the Wizard of OZ – that ill-fated structure that carried Dorothy Gale so far from Kansas. 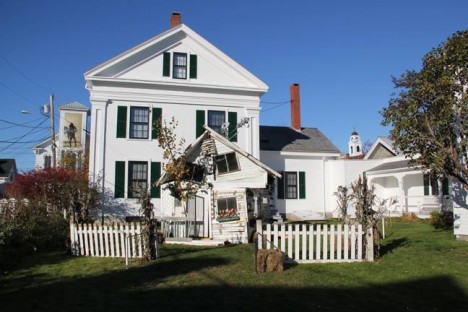 This fast-paced process employed by the Resisting Entropy team was intentional, designed both to show what dedicated teamwork can accomplish in a limited amount of time but also meant to emulate the chaotic conditions of a wild twister. 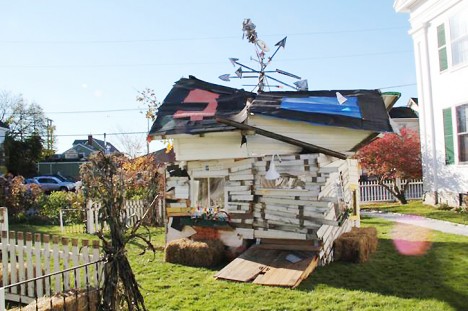 No Place Like Home was hosted by the owner of Asymmetric Arts in Rockland Maine, Jared Cowan (special thanks to contributing artist Eric Leppanen for the tip – full list of artists below). 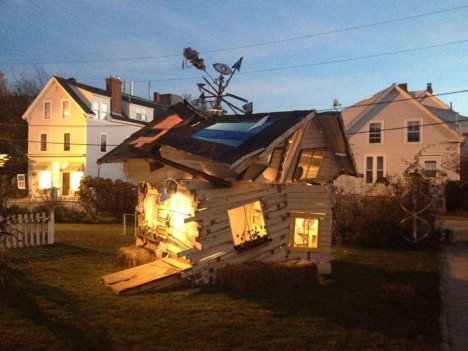 Also part of the plan: the installation was created piecemeal, then put together into intermediate sections before being transported to the site and assembled as a whole. 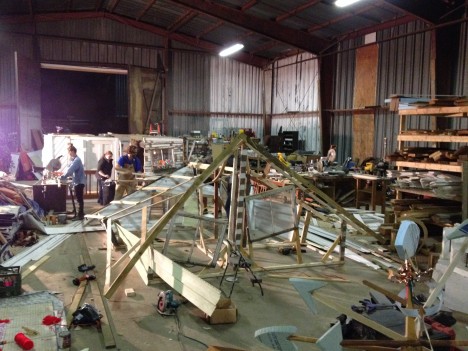 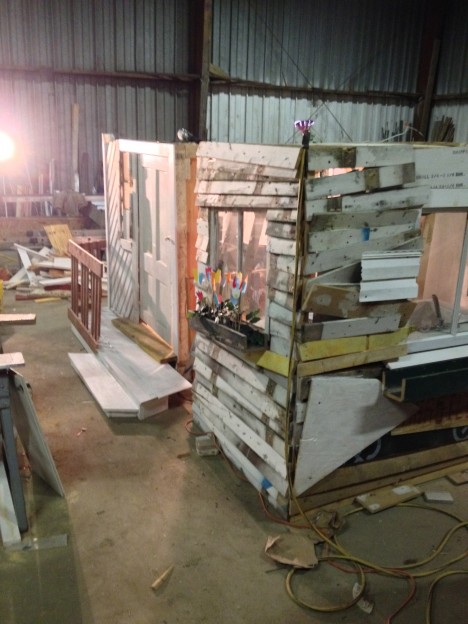 Starting with a previously-gathered scrap pile, each artist drew what they needed along the way, imbuing the separate sections with individual twists and quirks. 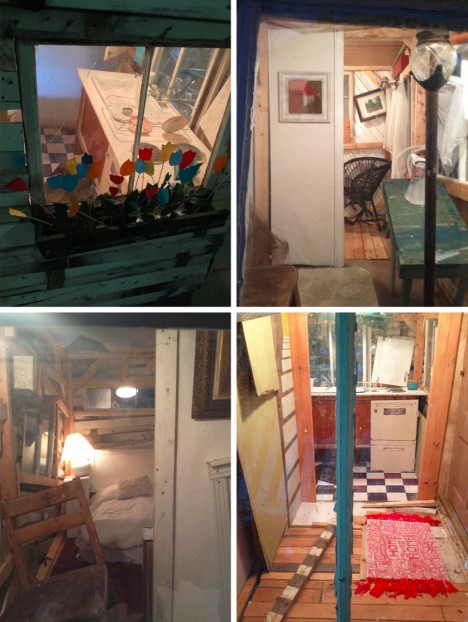 In the past, Resisting Entropy has brought together artists to create a series of independent works, but No Place Like Home gave them a curious and novel combination of individual liberty and a cohesive goal. 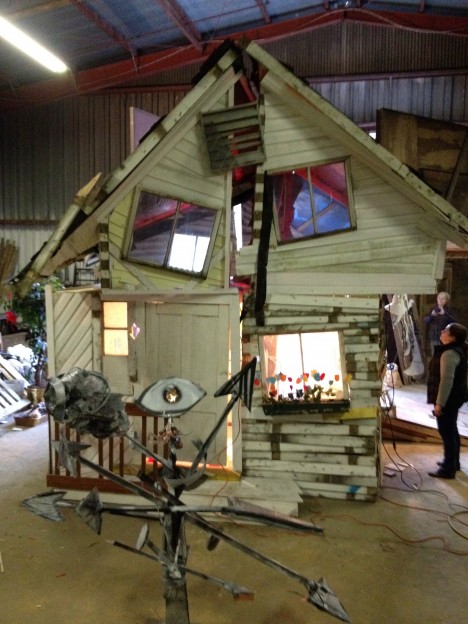 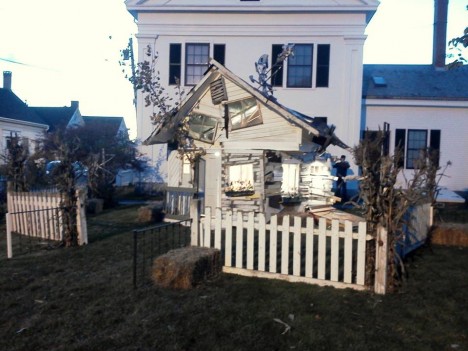 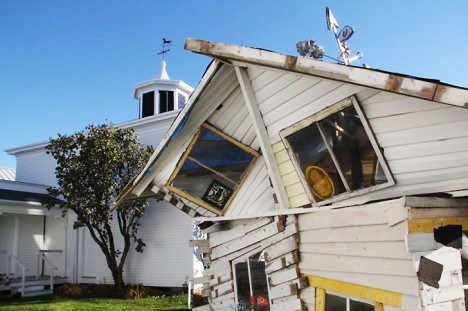 Despite the wind-strewn look, the structural design had to be carefully checked: “The base structure had to be strong enough to not fall due to a strong gust of wind.  No one is allowed in the building due to safety concerns but people can get close enough to look into the windows therefore some of the crew focused on structural integrity.  The design of the roof on the other hand had to be light and airy so that a crew of four or five could lift each section into place. Notice the skeleton of the roof structure, made with the thinnest boards possible.”