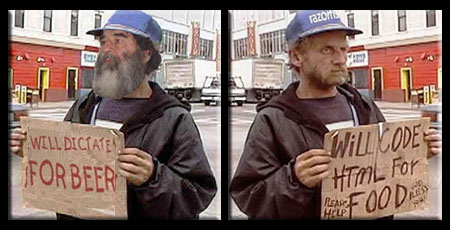 An estimated 100 million people worldwide are “homeless” … but what is homelessness? Is a squatter homeless? What about someone who stays in a shelter each night? A Web Urbanist article on creatively designed homeless dwellings and nomadic urbanism sparked a lively debate on this subject, which ended up being far longer than the article itself. However, each commenter seemed to understand the nature and problems of homelessness in a different way. Everyone knows that there are people on the streets without a choice as well as nomadic cultures and migrant workers. Few people realize, though, how many nomadic urbanists there are – those who choose atypical ways of dwelling (within or between cities) that involve no fixed residence. 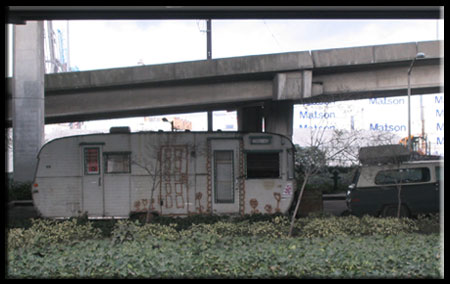 Car Living is becoming increasingly popular out of choice or necessity as the cost of living increases in major urban areas. The above image was taken under a bridge in Seattle, and depicts one of the many semi-permanent dwellings found there. The graffiti on the side shows how the resident has essentially painted a ‘front yard’ on the trailer, a symbol of ‘home.’ Those living in this area appreciate the lack of rent and relative quiet of Seattle’s Industrial District. While the city officially discourages these nomadic dwellers, there are no residential neighbors to complain so they are largely left alone. 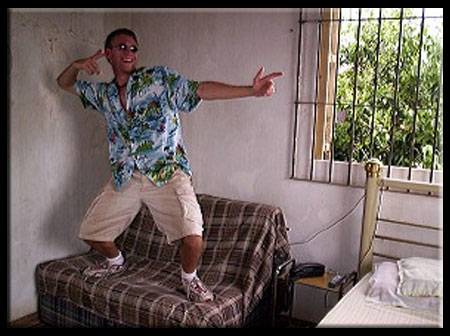 Couch Surfing is very different kind of urban nomadism. People from around the world use various related forums and websites as they travel in order to stay free and meet new people. Couch Surfing dot Com has over 250,000 registered users and boasts available couches in virtually every major city in the world. In theory, a person could live from couch to couch indefinitely. Couch Surfers rely on reviews of one another and of places to stay, so maintaining good behavior is rewarded with better future couch surfing opportunities. 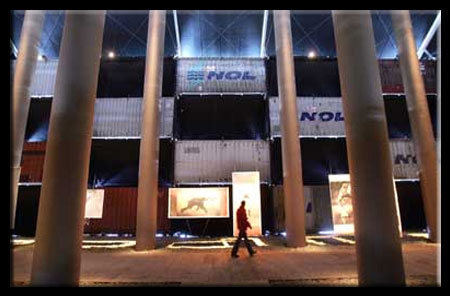 Architects, designers and urbanites are becoming increasingly interested in nomadic building design, from shipping container museums to portable temporary housing. Homelessness, in many ways, is a descriptive term that could be applied to more and more of the world’s population. There are certainly many people who did not choose and do not wish to remain homeless. Still, it is important to remember that the word ‘homeless’ carries many connotations that may or may not apply to everyone without a home, such as car dwellers, couch surfers and other urban nomads.