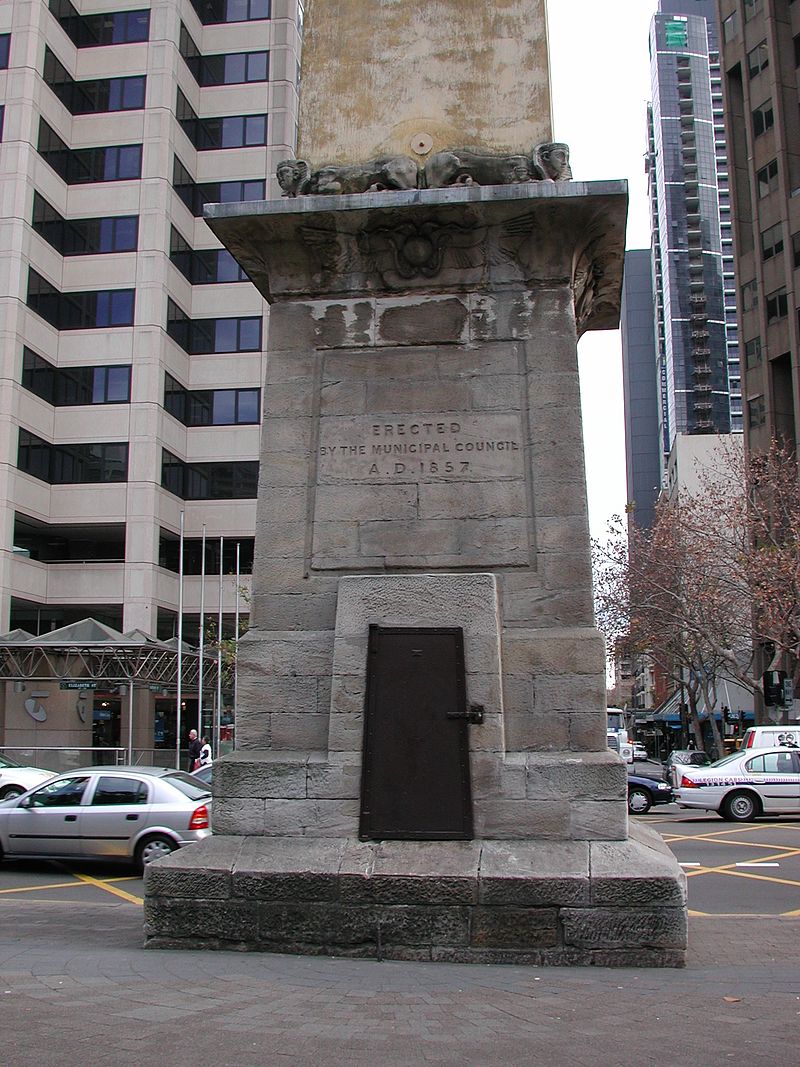 Fenced off or set back from streets and sidewalks and often raised on platforms as well, civic monuments are oddly ideal candidates for concealing a peculiar secondary function: the ventilation of subterranean spaces, from sewage systems to subway tunnels. 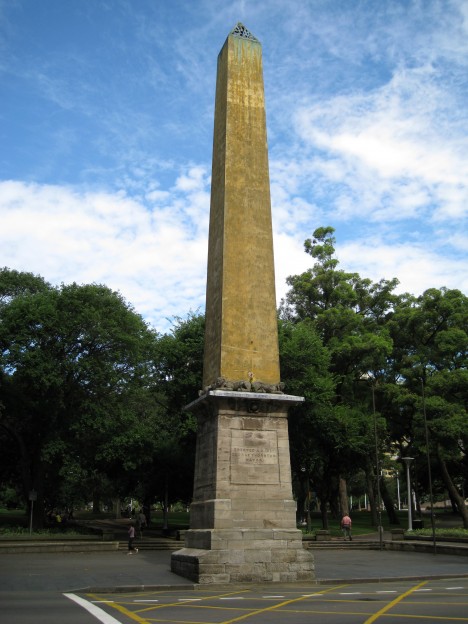 In Sydney, Australia, the Hyde Park Obelisk was built precisely for this purpose back in 1857. Modeled on Cleopatra’s Needle located on the banks of London’s River Thames, the 60-foot-tall tower was designed to allow noxious gases to escape upward from the sewers below. Today, the monument remains in place, but vents the city’s somewhat-less-smelly stormwater system instead. 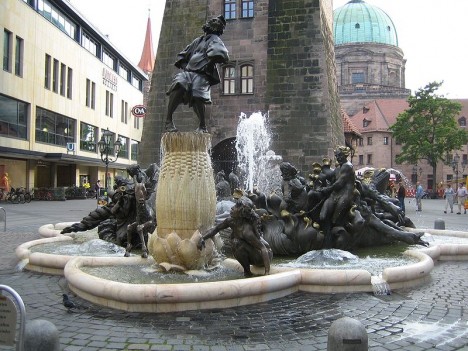 Meanwhile, in Nuremberg, Germany, a controversial set of statues depicting the trials of married life was commissioned specifically to disguise the subway exhaust port located on the site. 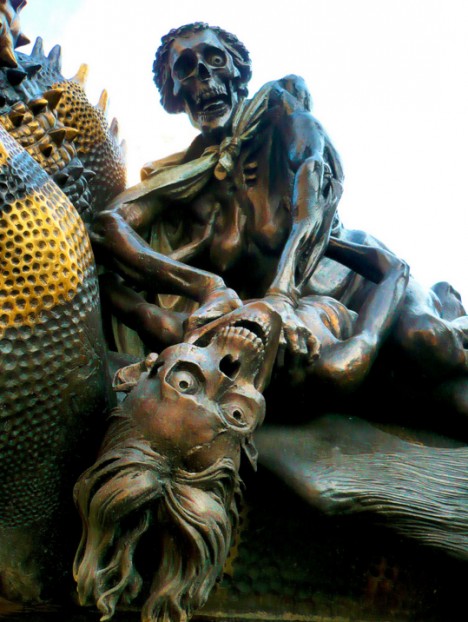 The Ehekarussell (roughly translated: marriage-go-round) is critiqued not because of noxious fumes, but for featuring a sequence of scenes through its statuary: a young happy couple turning older and angrier before one spouse slays the other. 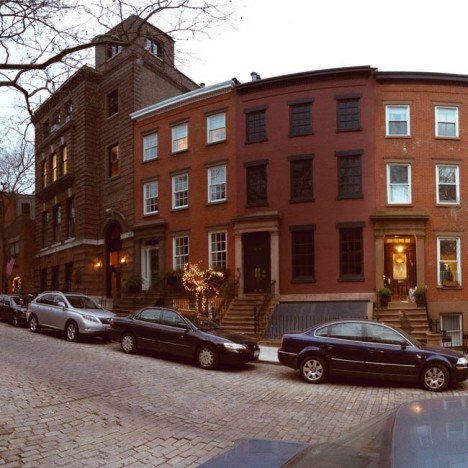 Another approach that appears in many cities is more architectural, though no less monumental, using anything from small fake shell houses to huge multistory buildings as giant exhaust conduits. 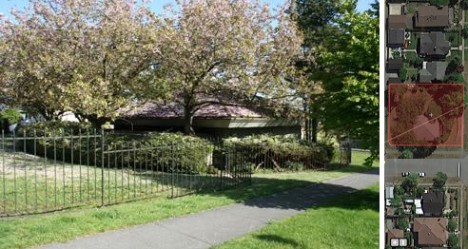 In Burnaby, British Columbia, a boxy little house serves both to vent subway fumes but also acts as a mid-tunnel escape route for emergencies. Many of these structures not only act as exhaust pipes, but also contain bacterium-based odour removal plants so as to spew somewhat less obnoxious gasses. 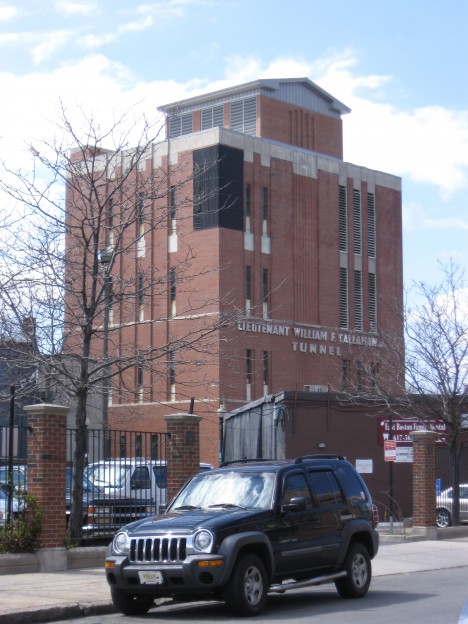 The Callahan Tunnel ventilation building in Boston is a relatively less-camouflaged and more-imposing affair built of bricks with vents where one would ordinarily expect to see windows. Many other American cities have similarly larger exhaust buildings, including New York City, where they vent infrastructure including the Holland Tunnel.