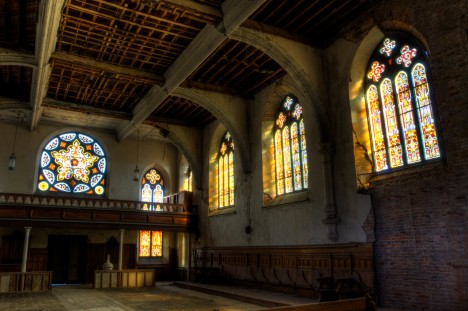 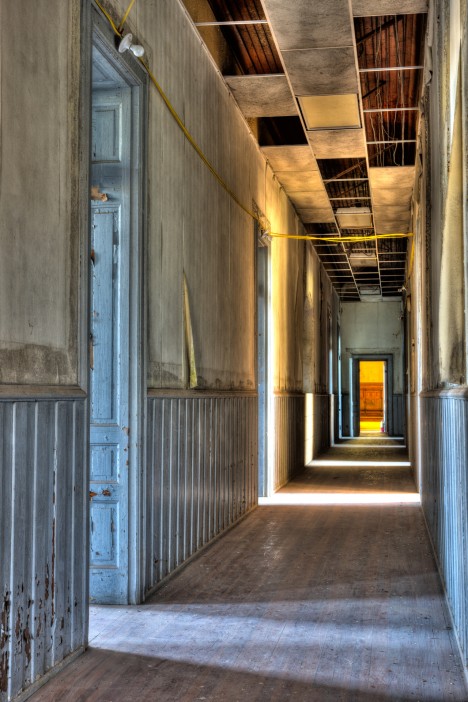 The Catholic school officially closed in 1970 but it would seem other parts of the complex – perhaps including the hauntingly beautiful chapel in the school building – continued to be used to some extent for a period of time. Many of the rooms appear to have been abandoned with haste. 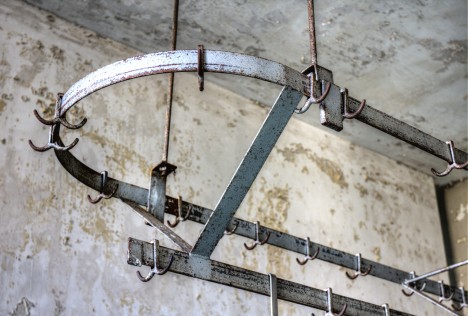 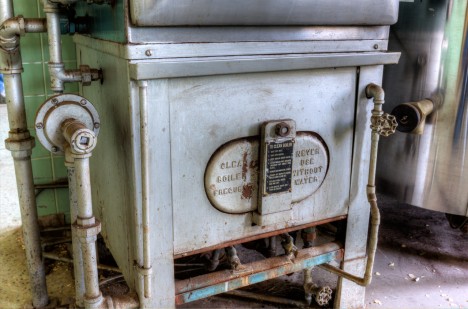 “The majority of rooms are simple and featureless, although some contain a level of decay that is downright creepy,” states Handwerk, who was obviously moved by his visit. As well, substantial portions of the main building’s mechanical infrastructure like boilers and kitchen appliances remain in place though it’s unknown how much – if any – work would be required to return them to functionality. 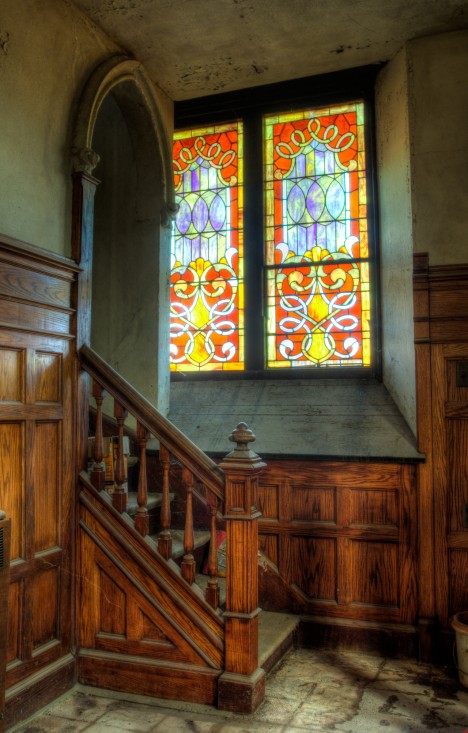 Hallways, fireplaces, carved woodwork… Saint Frances de Sales Catholic School must have been a warm and welcoming place to learn, work, live and play during its 70-odd years of active operation. No doubt St. Katherine Drexel would have approved though the site’s current status would surely invoke disappointment.