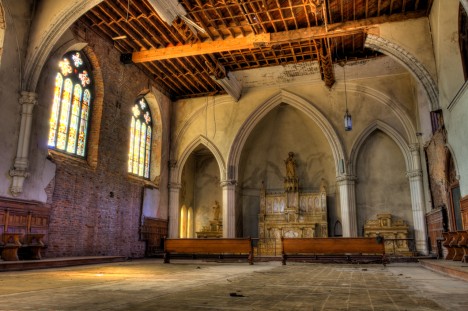 Cleared of its rows of pews, the cathedral echoes with the sounds of silence and the memories of countless services, songs and sacraments. A succession of concrete flying buttresses reinforce the impression of a great Gothic masterwork from the Old World though the decaying wood rafters forming the ceiling state unequivocally that impressions are one thing, cost savings were another. 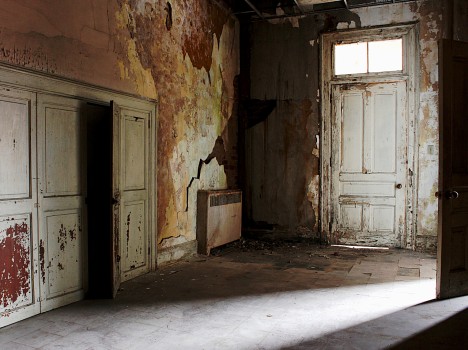 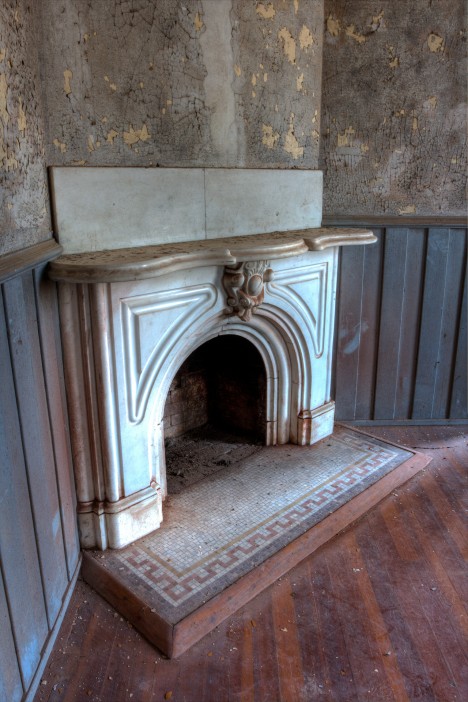 Handwerk notes “this Catholic school is located in the woods of Powhatan, VA,” and if the school and its remaining outbuildings are isolated today, consider how out-of-the-way they were a century ago. No doubt at least some of this seemingly self-imposed isolation was intentional: the Sisters of the Blessed Sacrament’s work with disadvantaged sectors of society was not always looked upon as a virtue in those unenlightened times. 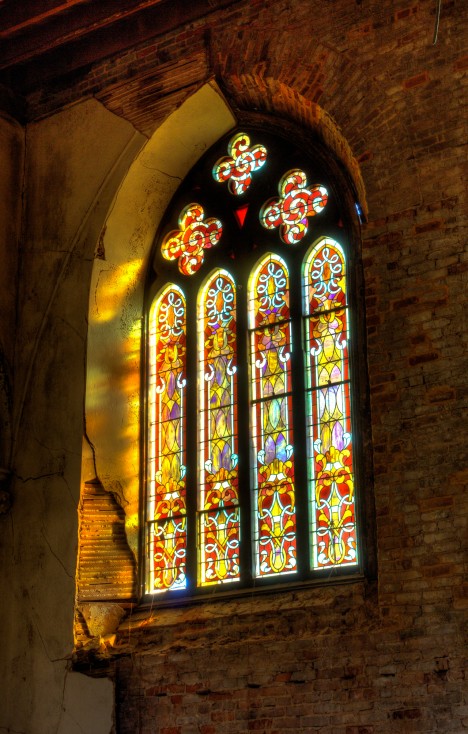 Unfortunately, the same isolation that sheltered and protected Saint Frances de Sales Catholic School in its active years now hinders its revitalization in modern times. Very few uses can be found for this type of large, rurally-located structure and the costs involved in renewing and repairing such a remote site are far higher than they would be for a comparable urban abandonment. Only time will tell if Saint Frances de Sales Catholic School can triumph over the ravages of time and solve the hard equations of economics in troubled times.