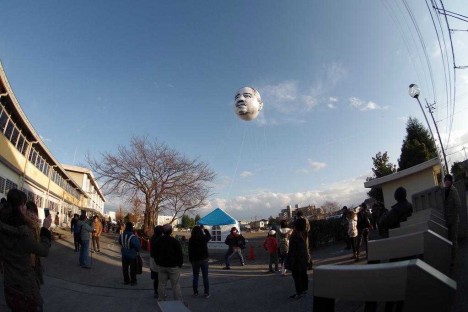 As the initial launch day of December 13th, 2014 drew closer, all eyes and ears were tuned to local weather reports. The launching area at Nishiki Elementary School had already been secured and when the scheduled launch time of 3:00pm rolled around, Mother Nature had kindly cleared the sky and subdued the wind. 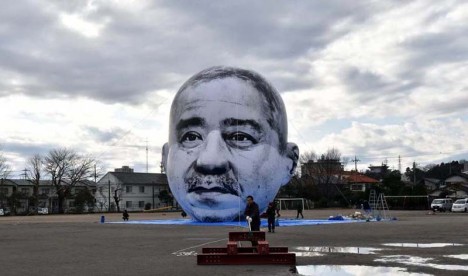 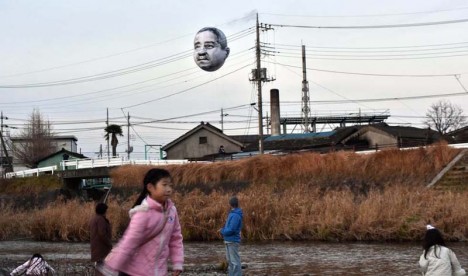 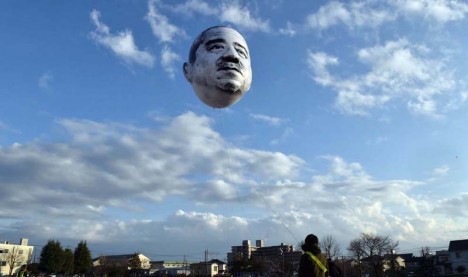 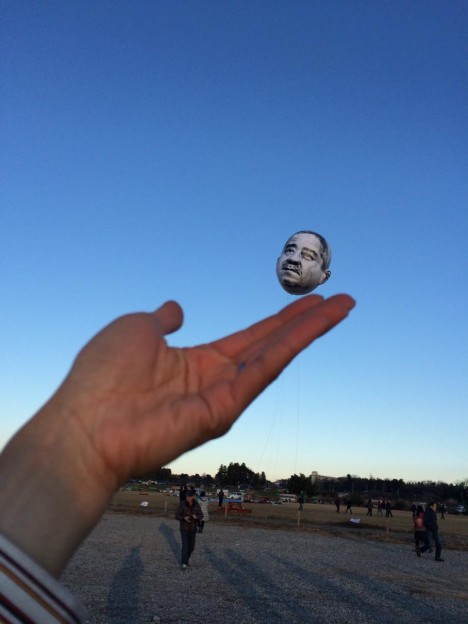 Up, up and away… well, up and up at least – there were to be no repeats of 1976’s infamous Pink Floyd Pig fiasco on this day. Secured by multiple cables that still allowed some degree of movement, the humongous head floated serenely above the schoolyard for roughly four hours. 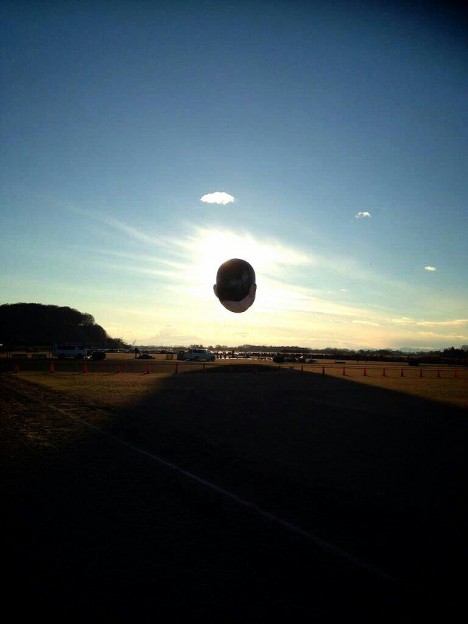 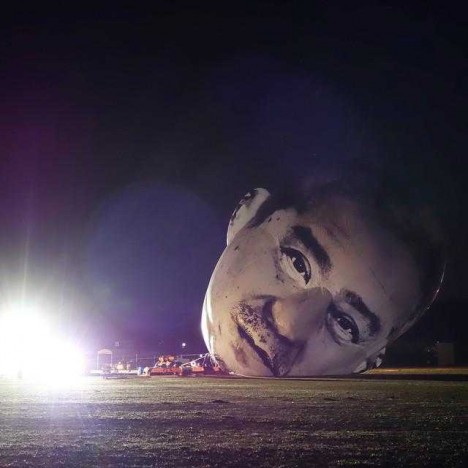 As twilight descended upon Utsunomiya the ojisan balloon did not – remaining aloft long after sunset. The artists bathed the balloon in spotlights, adding to its surreal moonlike appearance. By all accounts the launch was an unqualified success and ’cause they thought it was so nice, Me decided to do it twice: the balloon was launched again one week later on December 20th. 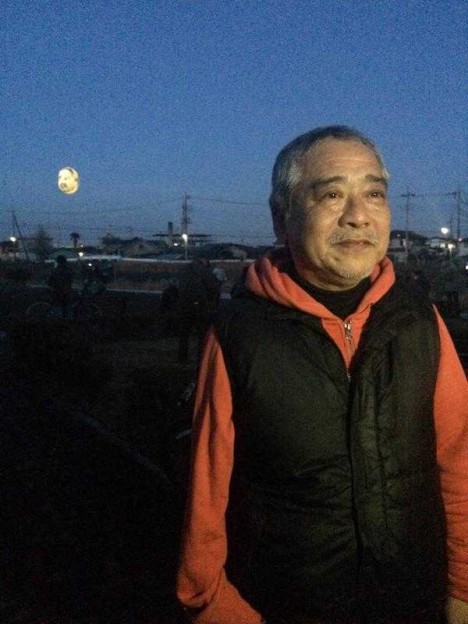 As for the model, one imagines he took some pride in being recognized as “the balloon guy” for some time afterwards… hopefully he didn’t get a swelled head over it.