These real-life residences go beyond the cool-looking-concept phase to prove how diverse, innovative and unexpected houses can be when architects tailor each one to specific needs and surroundings. 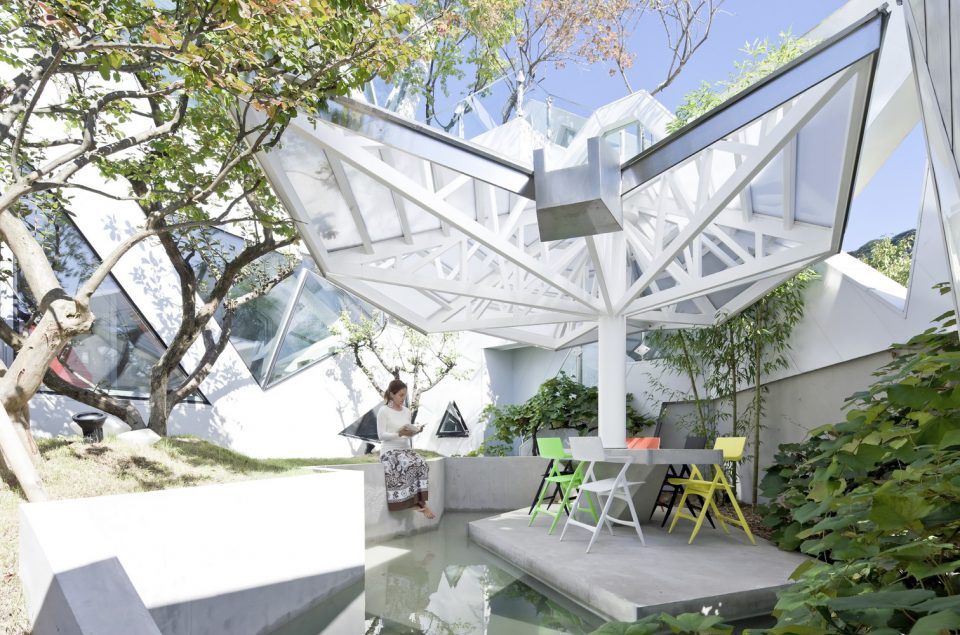 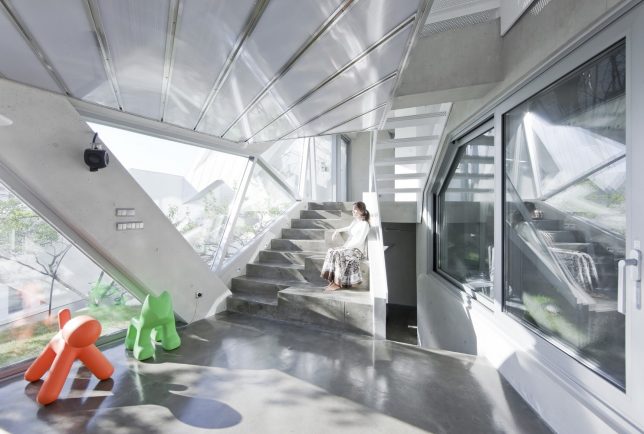 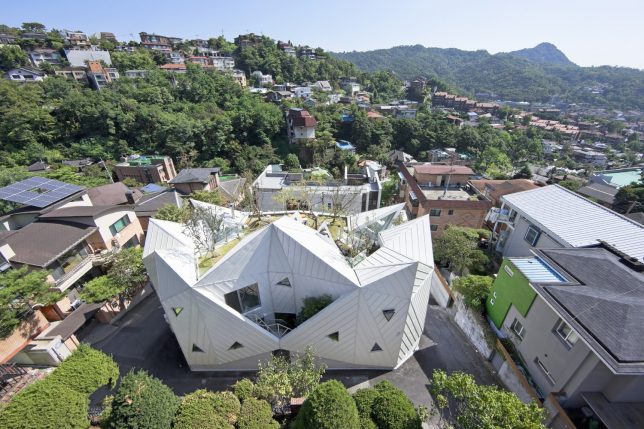 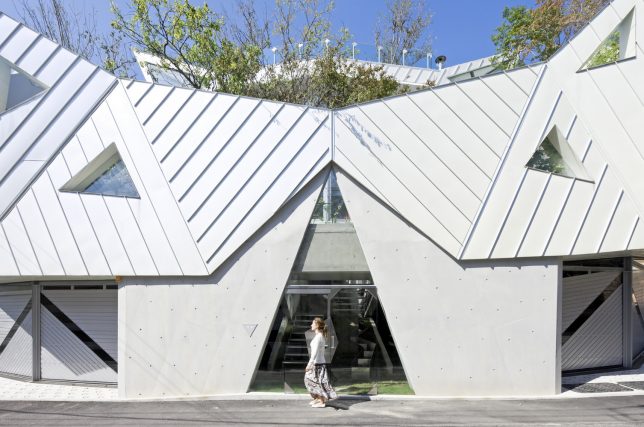 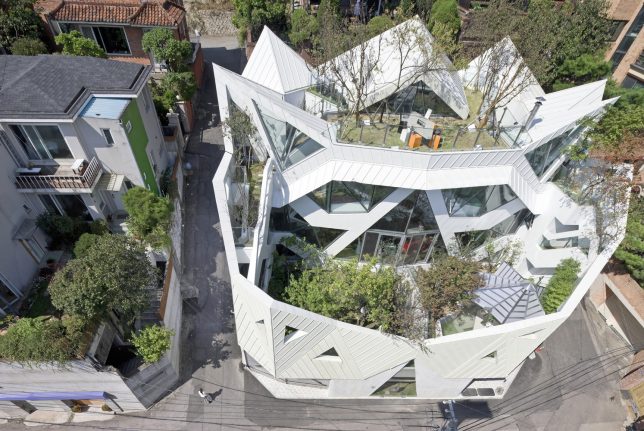 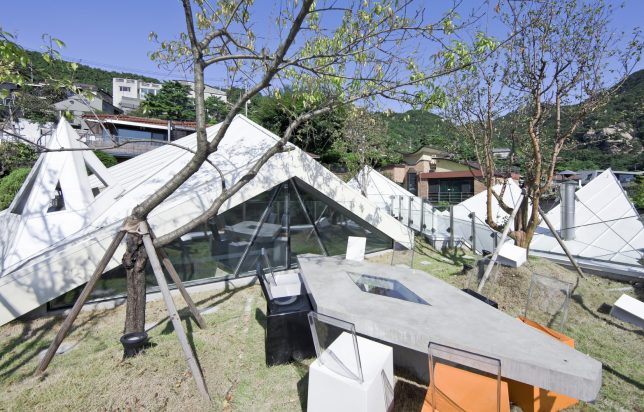 Set on the edge of Seoul’s Bukhansun National Park, this polyhedral structure by IROJE KHM Architects features an angular facade designed to protect two interior courtyards from the eyes of neighbors and passersby so the inhabitants can feel like they live in nature. The roof points mimic the surrounding mountains and transitional spaces planted with grasses and trees make it hard to tell where the outdoor areas end and the interiors begin. 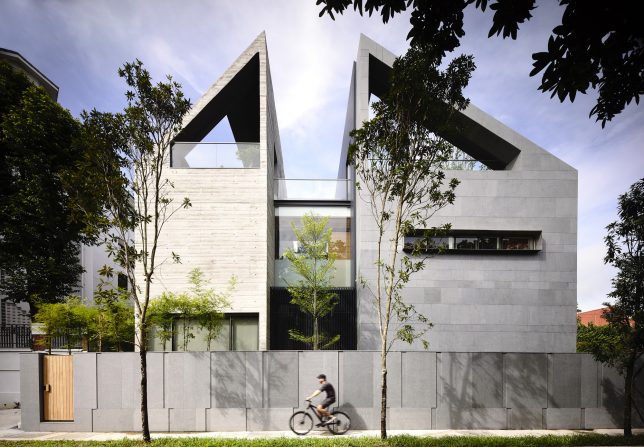 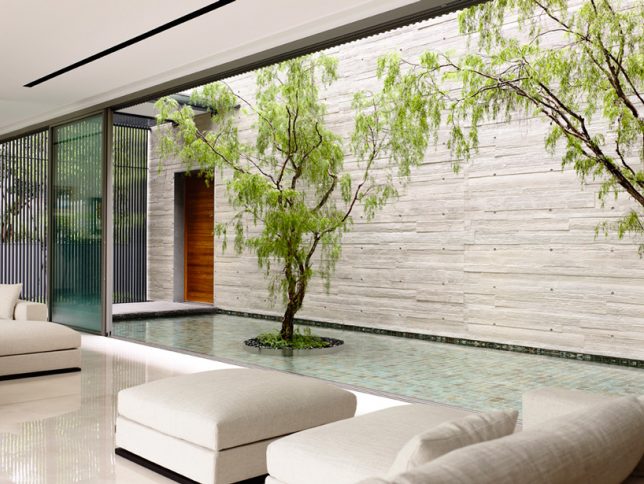 Two separate halves of this dramatic concrete home in Singapore by ONG&ONG are connected by a glass sky bridge, dividing the social areas of the home from the bedrooms. On the ground floor, a courtyard with stone steps dotting a shimmering reflecting pool offer another way from one volume to the next, stretching all the way up to the sky to draw in sunlight. 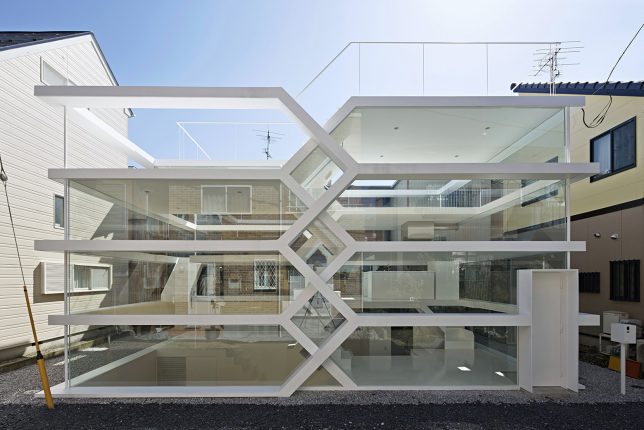 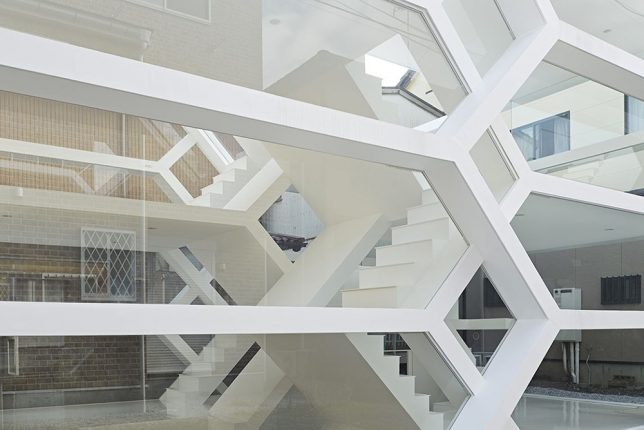 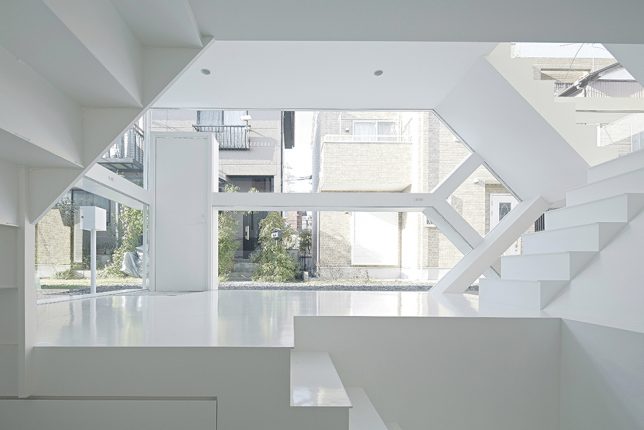 You probably don’t want to live in ’S-House’ by Yuusuke Karasawa unless you don’t mind trucking up and down stairs all day, and don’t really value privacy. This visually stunning and highly unusual modern home design encases a series of zigzagging platforms and stairways in glass, segmenting what would normally be a two-story space into five levels. These mezzanine levels contain all the normal living spaces you’d expect in a fully functional residence. These photos were taken right after its completion, so it would be interesting to see it furnished and in use. 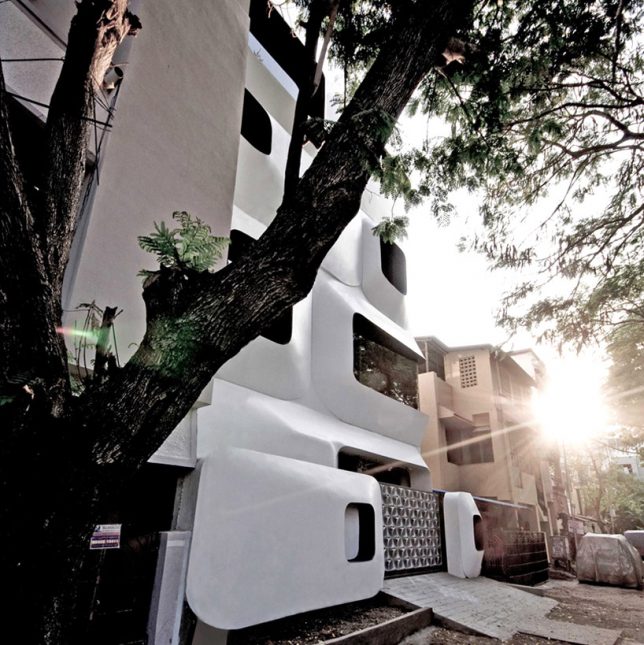 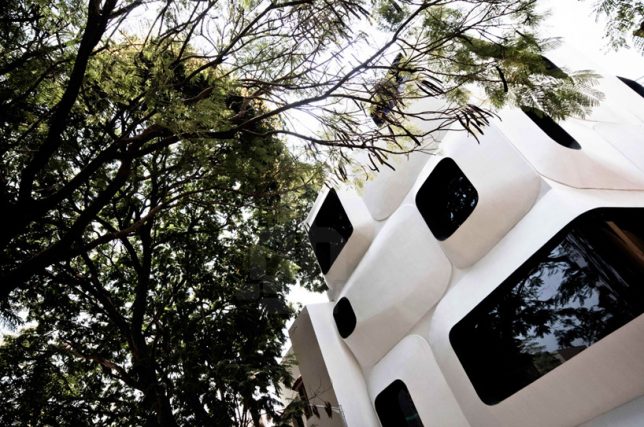 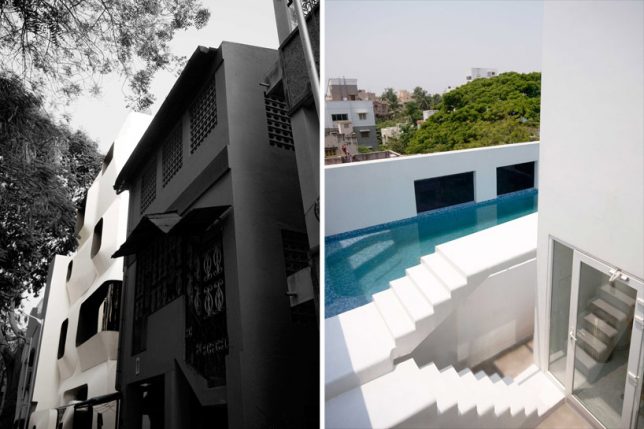 It looks like a bunch of space-age modules that got lost on their way to the next Star Trek set got lost and then stacked on top of each other in urban India. SDeG Architects wanted the home to feel as if the inside is cushioned from the harsh elements and noise of the outside, giving it a thickened concrete envelope in a bulbous texture to create a temperature-regulating air gap. The facade also disguises an upper-level swimming pool. 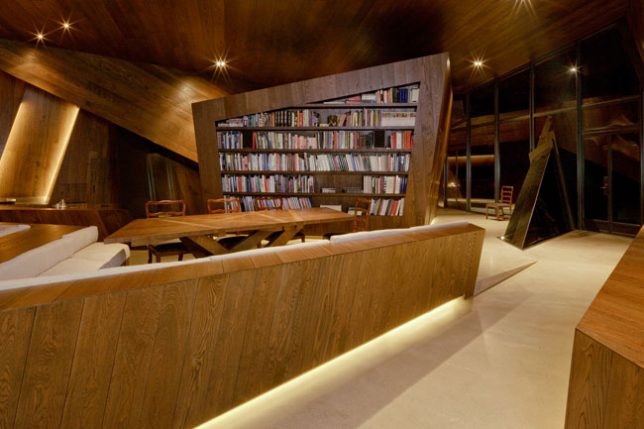 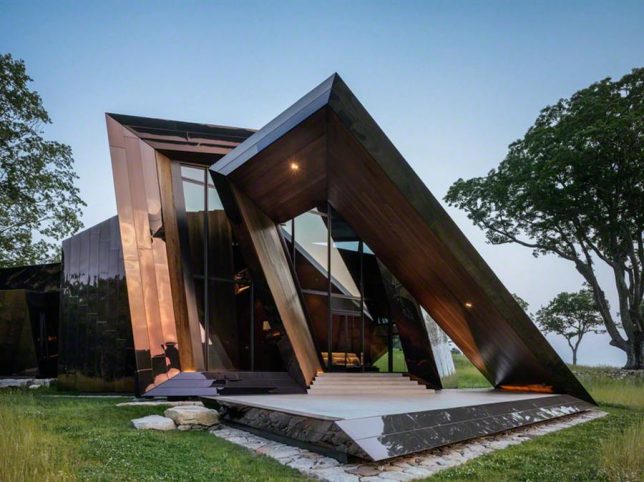 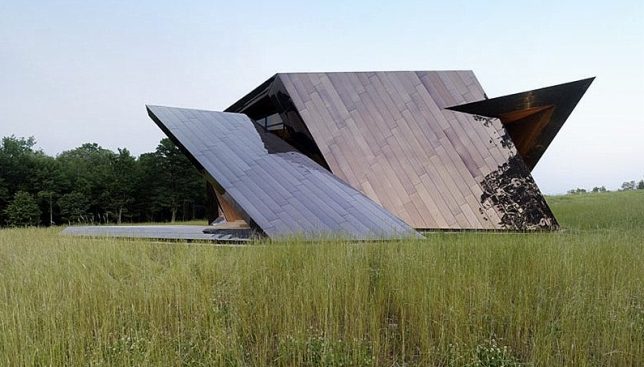 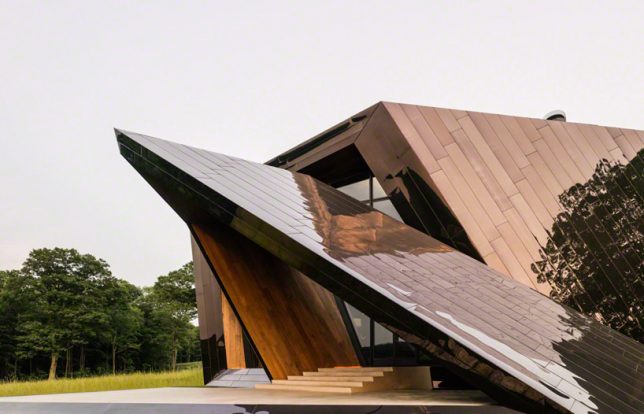 Daniel Libeskind’s 18.36.54 house is named for all of the planes, points and lines of its mirror-finish bronzed stainless steel exterior, which was conceived as a spiraling ribbon. Two jutting pointed extensions create the loook of a sundial when viewed from certain angles, and the reflective surface seems to shift and change every hour and every day of the year as the sun hits it.