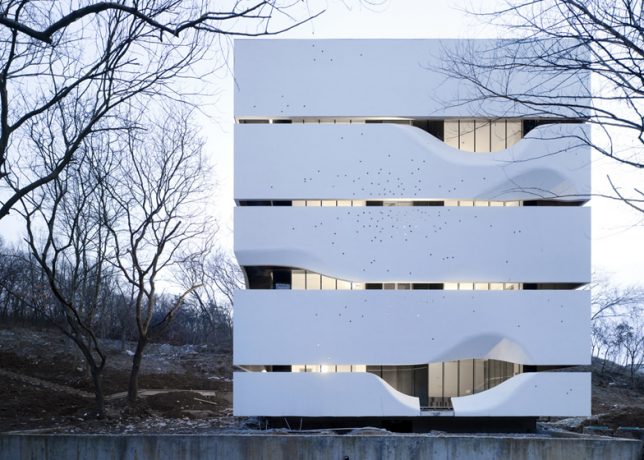 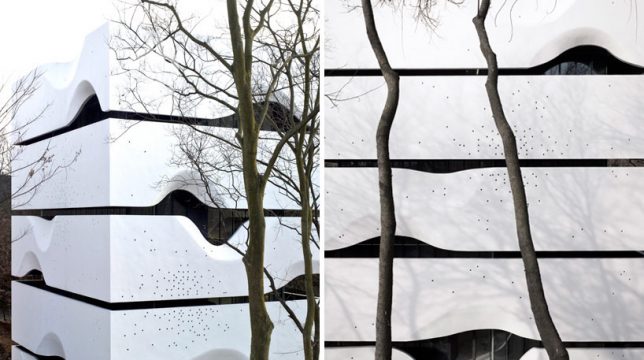 China’s AZL Architects created a home that almost looks like a monumental filing cabinet from far away, with handle-like openings in the narrow slices that seem to represent drawers. Block House was designed as part of the Chinese International Practical Exhibition of Architecture program, a showcase of modern architecture featuring buildings by Chinese studios, built in a forest in Nanjing. The layered concrete walls are intended to resemble the curling forms of Chinese scrolls. 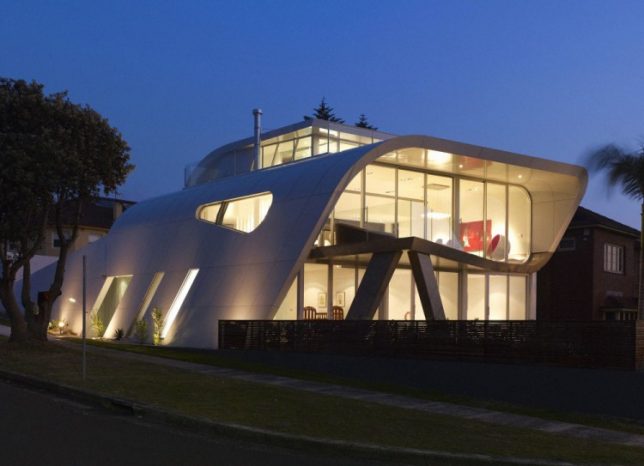 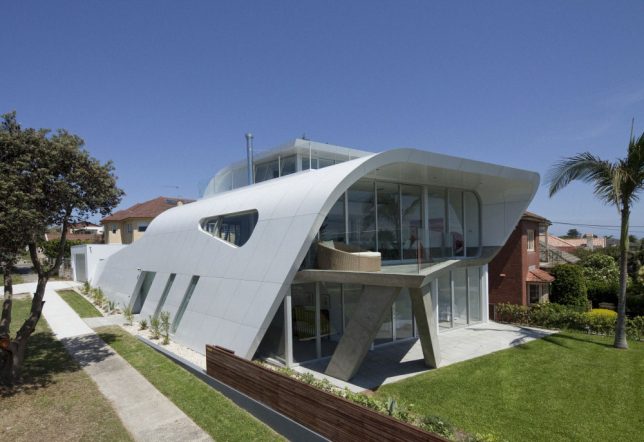 Appearing to rise out of the grass like the hull of a ship, the Moebius House by Tony Owen Partners looks out onto views of the Sydney Opera House and Harbour Bridge. As the architects explain, the house explores how to maximize light, space, ventilation and views on a tight lot using parametric modeling software to fold and twist the space. Each and every window, wall and roof is precisely placed to connect to the outside world at different ground planes, resulting in a complex geometry. 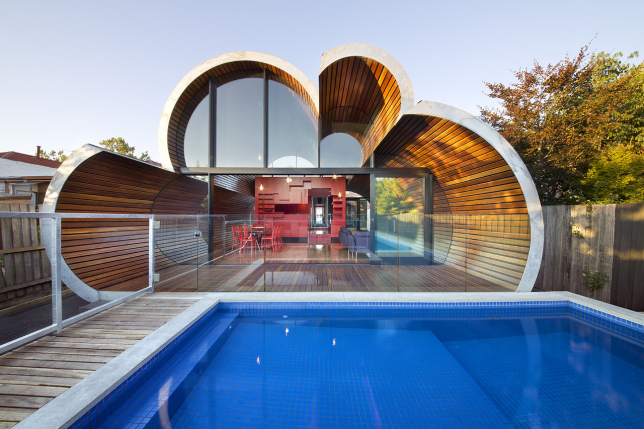 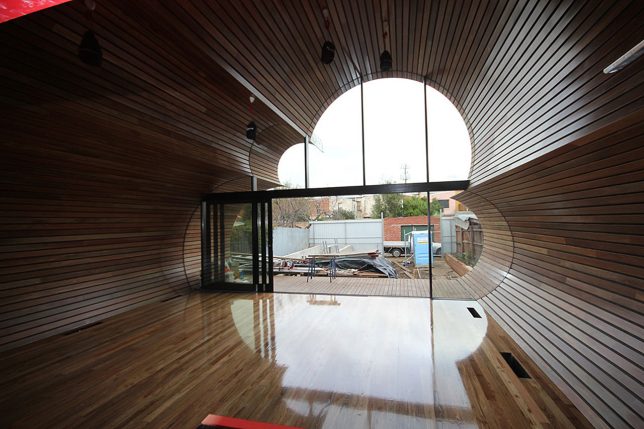 It’s not reaching too far to say that there’s probably not even one other house in the world that looks quite like this. The Cloud House by McBride Charles Ryan is a surprisingly shaped addition o an existing historical Edwardian house in Melbourne, Australia. From the street, you’d never guess that this cloud-shaped volume even exists, as it was left in its original state to preserve the character of the neighborhood. The addition faces south (for heat regulation in the Southern hemisphere) and adds a spacious kitchen and dining area to the layout of the home. 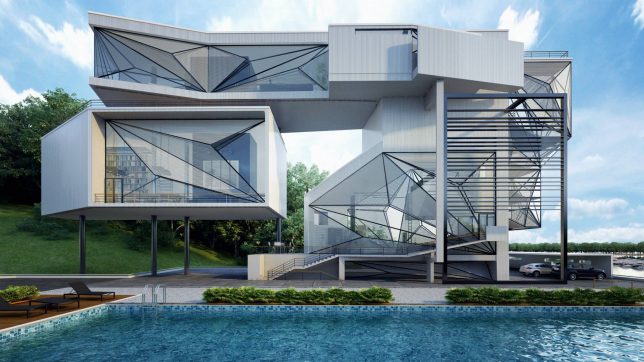 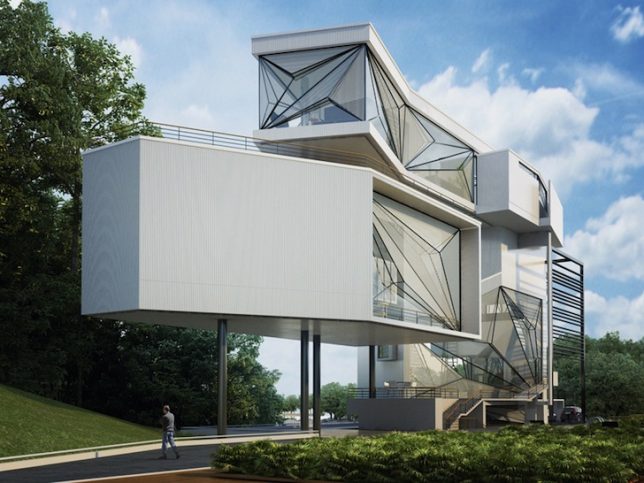 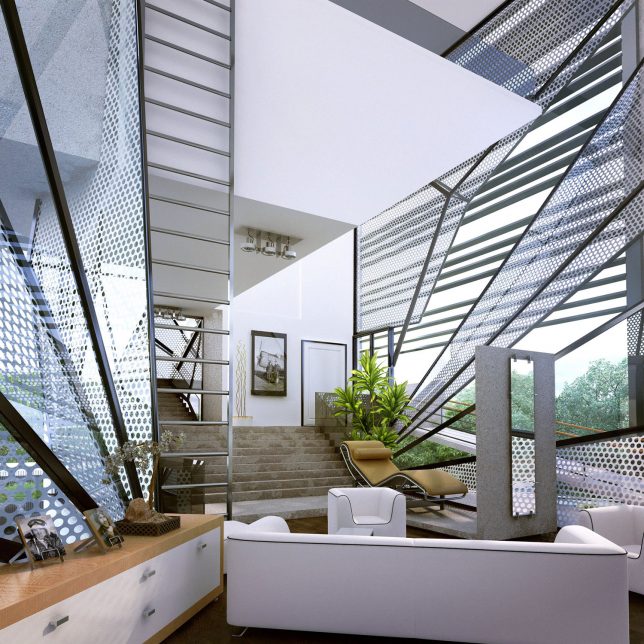 If this house looks like it’s about to take off into the air, that’s no mistake: Urban Office Architecture created the Aviator’s Villa for a retired pilot, designing it to resemble a disassembled airplane fuselage. The one-bedroom home in New York State features a 30-foot-tall area housing the living spaces and kitchen, a second volume containing a large library, and a cantilevered bedroom at the top. 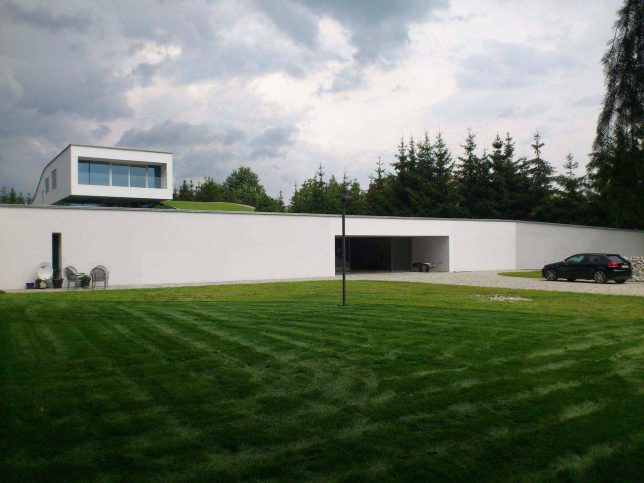 Cars are just as important as living spaces to the owner of this strange auto-centric home in Poland by KWK Promes. The driveway continues through the interior so the car can be parked deep within the home in a glass-walled garage. This definitely wouldn’t be ideal if you have a vehicle that spews stinky gases, but the architects envision a car that’s ‘cleaner and more eco-friendly’ as the star of the space.