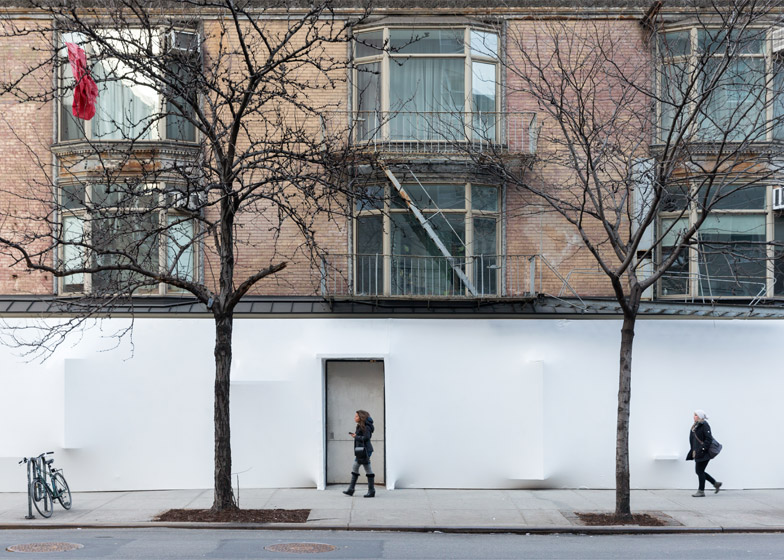 While its creators anticipated this stretched plastic surface appealing to local graffiti artists, they were apparently hoping for a higher grade of street art to adorn the Storefront for Art and Architecture gallery facade in New York City. 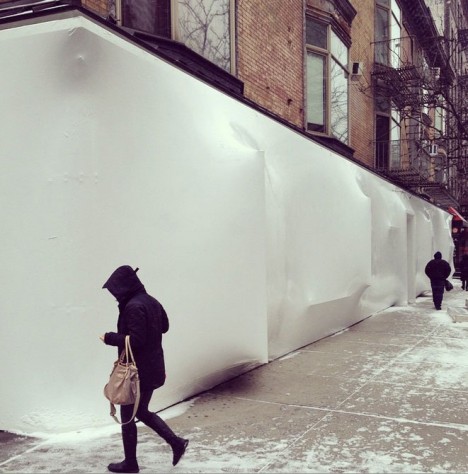 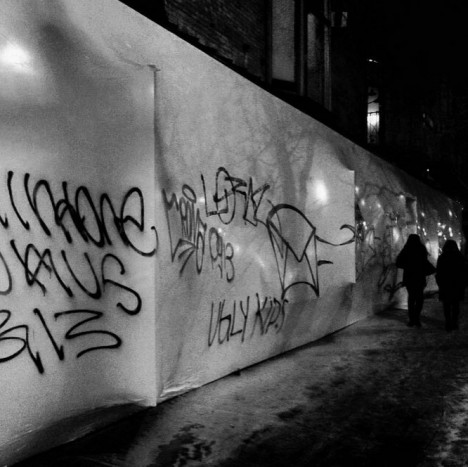 Architecture studio SO-IL created this temporary surface as an extension of an exhibition going on within the gallery space, but its creators remain somewhat disappointed: “We knew this would happen. Unrestrained, Storefront pushes itself into the public domain. By wrapping it in a white canvas it further provokes a response from the city. It was anticipated, but what a poor quality of the graffiti… We had hoped for something better.” 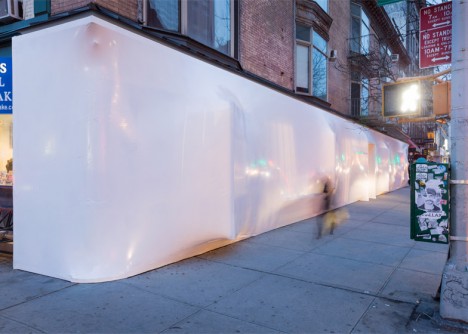 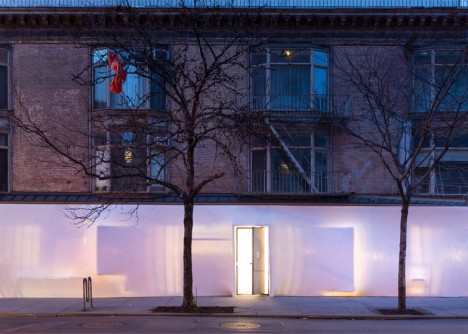 So far, tags like “ugly kids” and other scrawled messages have been mainly black spray on the white background – nothing layered or time-consuming. Of course, now that the memo is out, perhaps a different kind of artist will take a try at the surface – that, or the statements may backfire, with artists wondering why they should add value to someone else’s surface. 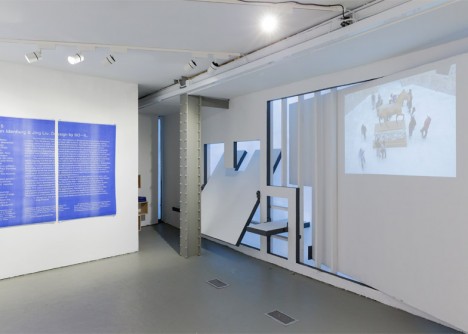 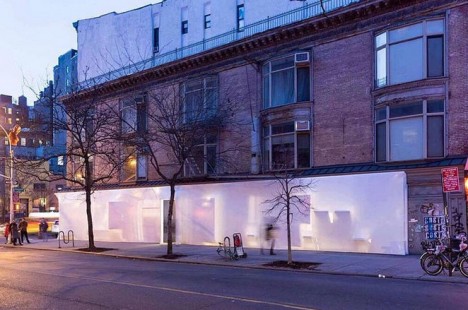 Illuminated and pressed outward by walls and objects from within the gallery, part of the idea was to draw people into the exhibit by creating visual interest along the street and sidewalk – a novel trick for attracting attention. Still, if this kind of impromptu artistic addition was expected, why not simply invite a group of graffiti artists to contribute in the first place? In the end, once one concedes a surface will be defaced, either it will unfold naturally and unpredictably or will have to be controlled by the property owners – there is no real middle ground.