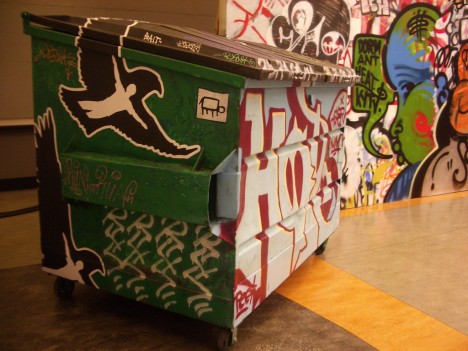 Hipster dumpsters anyone? So the Seattle Street Biennale 2010 was a thing, and when it comes to celebrating street art there’s no ignoring dumpsters. Wonder how many used Starbucks cups can fit in the average dumpster… 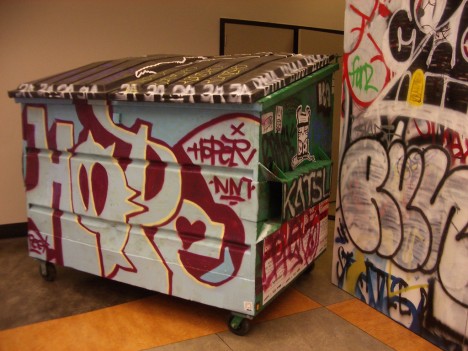 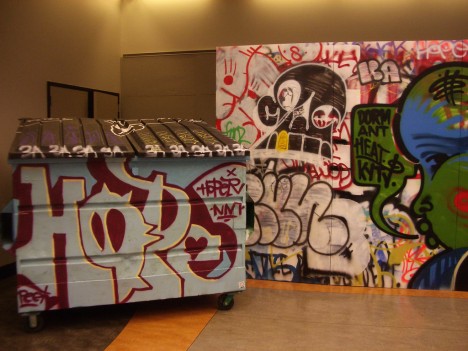 As a celebration of “the legal art of illegal artists”, the sanctioned exhibition gave grey-area graffiti gonzos welcome (or not, depending on the artist’s POV) exposure though those decorated dumpsters look somehow out of place without the accompanying garbage, flies, murder victims and mystery moisture. 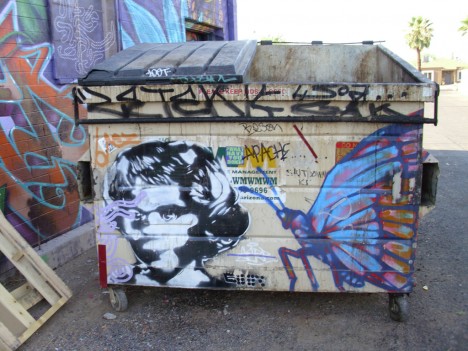 Since 2010 the Calle 16 Mural Project has been celebrating Hispanic art through vibrant and unusual creative installations on or near 16th Street in mid-town Phoenix. The strikingly arted-up dumpster above might be a tad out of the way – it’s located in the alley behind the Barrio Cafe – but its relative inaccessibility might help the artwork linger a little longer.

To Live And Dump In L.A. 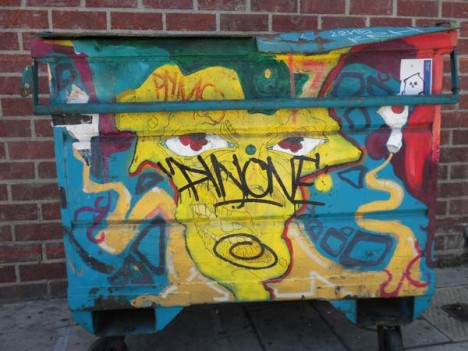 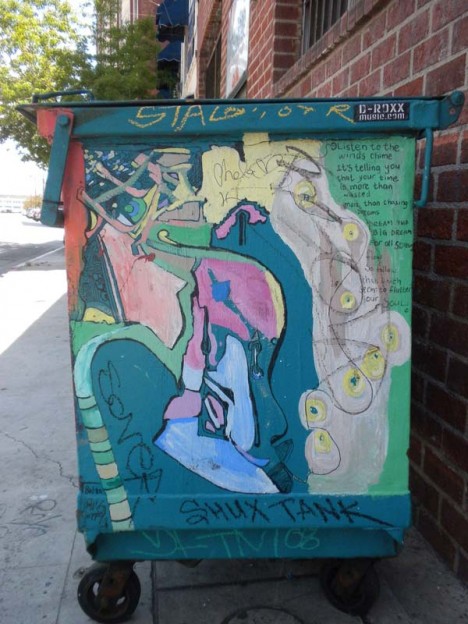 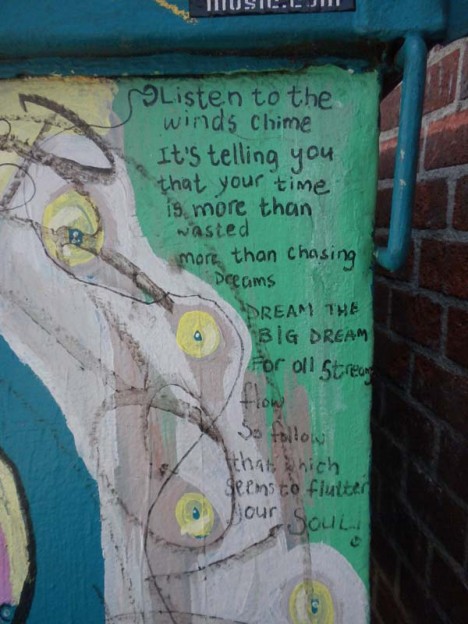 Words of wisdom from a dumpster? Hey, in LaLa Land anything goes and you don’t have to be under the influence to experience some delightful downtown dumpster dogma. The above hand-painted dumpster was captured in November of 2010. 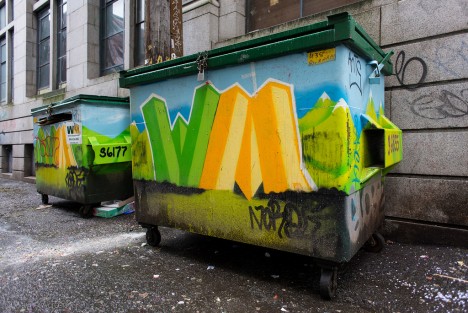 The prominent stylized “WM” on the front sides of these two embellished dumpsters is a vast improvement on the boring old Waste Management logo, wouldn’t you agree? Flickr user Wayne (w.d.worden) captured this pair of decorated dumpsters adding some zest to a gritty city landscape in late January of 2013.