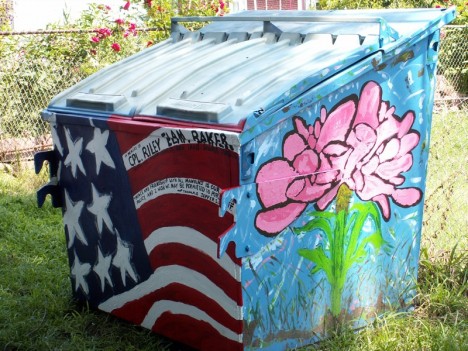 “My friend’s son, Riley Baker, was a Marine Sniper killed in Iraq,” according to Flickr user Ginger Human (humanbn). “I had finished two sides of the dumpster when we heard the news. I painted this a week later.” 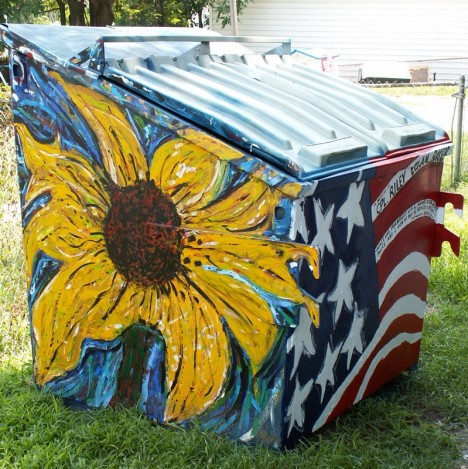 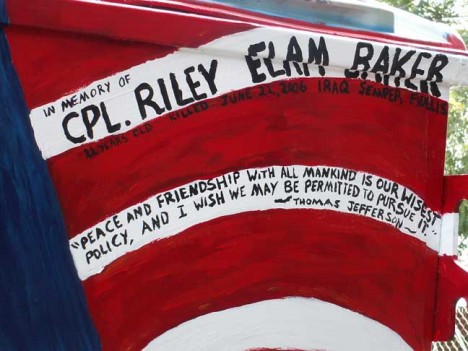 Photos of the above images were posted on July 5th, 2006, a year in which the Fourth of July was unofficially extended a few extra hours so as to include this heartfelt tribute to a fallen warrior. 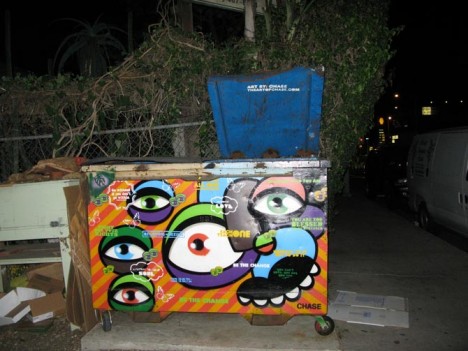 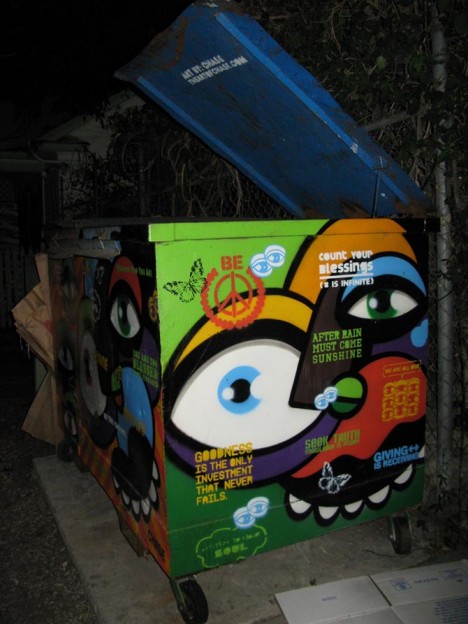 Urban artist Chase employed some brilliant paint, a few choice stencils and his own “awareness geezers” to transform a West Hollywood dumpster into something anyone wouldn’t mind diving into. 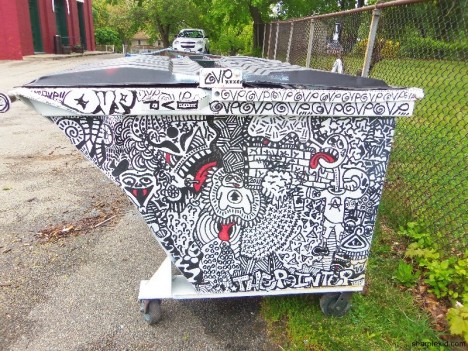 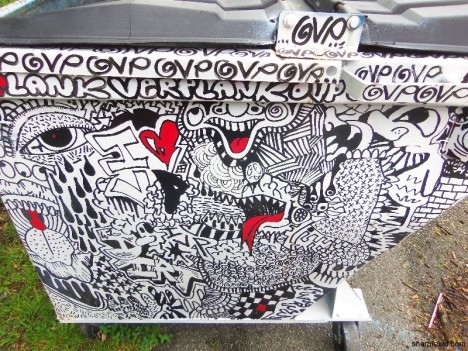 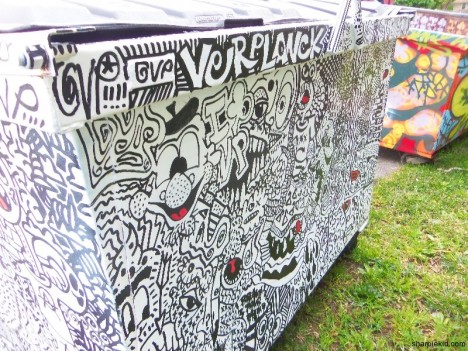 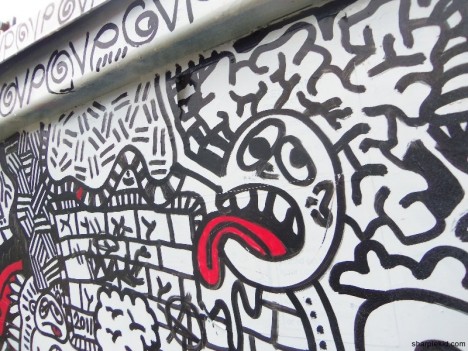 Daniel Mahakian (aka Sharpiekid) has “been drawing on every surface available since (he) was two.” Luckily for us, dumpsters happened to be available from time to time and the above riot in black and white serves to display Sharpiekid’s mad skills. 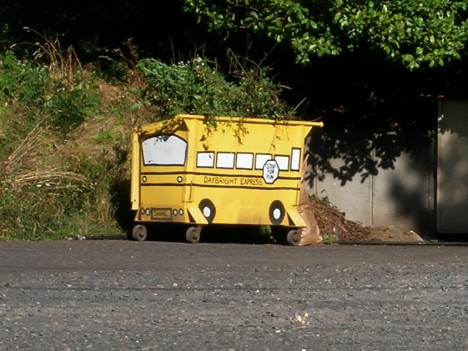 Your school’s a dump and the bus is a dumpster… dump & dumpster! Flickr user Sarah Gould (sarako) brings us our closing image: a delightfully painted dumpster that makes riding the short bus cool! Dial the wayback machine down to September 6th, 2005 for this one… and we really, really hope this brave little Portlandia dumpster’s still spinning its wheels in situ and in good health.