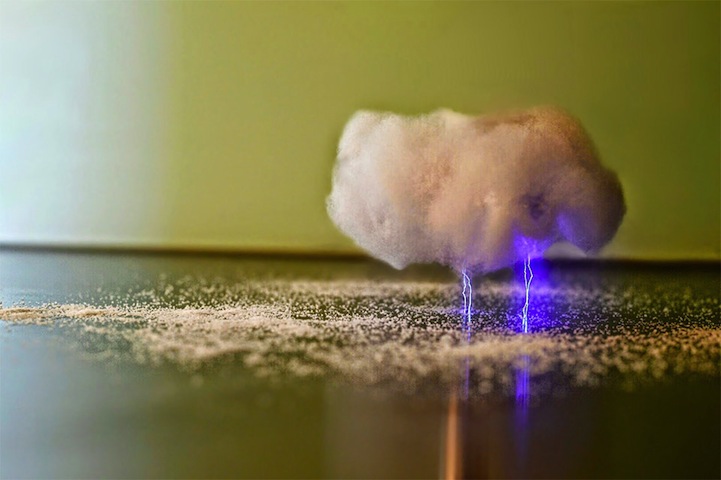 Tiny bolts of lightning are captured on camera as they shoot off an antique electrotherapy medical device, turning the discharge of electricity into a form of art. Germany-based photographer Marc Simon Frei purchased the 1920 violet ray, invented by Nikola Tesla, on eBay and began to experiment with visual effects. 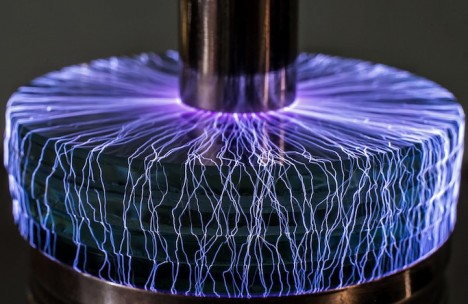 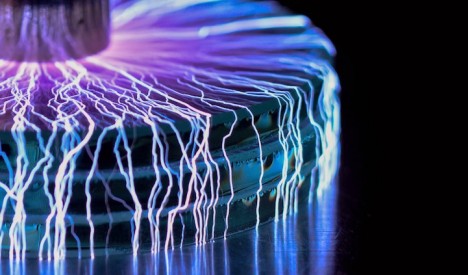 The device is basically a portable tesla coil, an electrical resonant transformer circuit used to produce alternating-current electricity. Frei used various methods to create sparks and caught them at just the right split-second with his Nikon Df, 50mm f/1.8 lens and a macro extension tube. 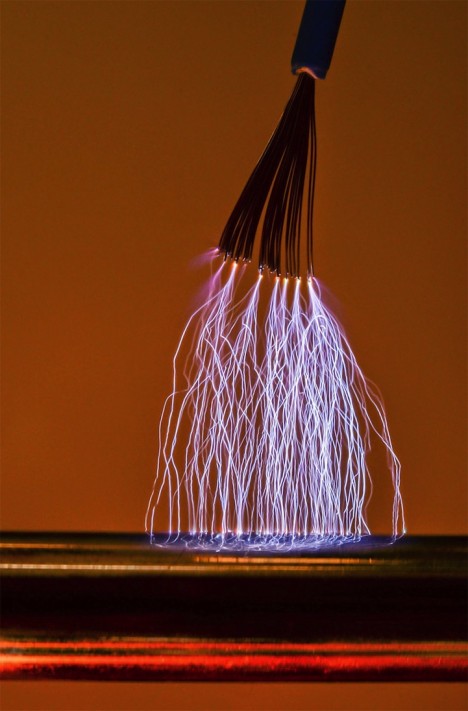 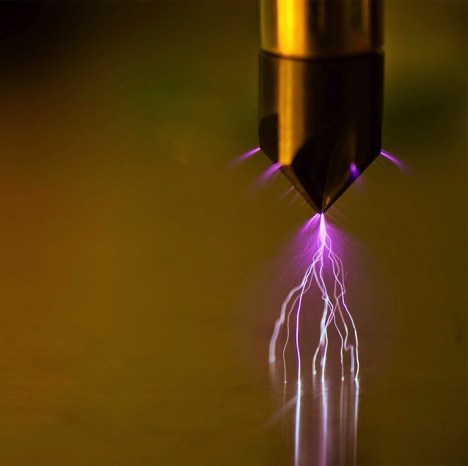 He has also played around with wiring, and creating miniature storms within tufts of wool stuffing taken from a teddy bear. Frei notes that if you want to try it yourself, you’d better be prepared for possible equipment damage from the high frequency voltage; the LCD screen on his camera flickered whenever it came too close to the coil. 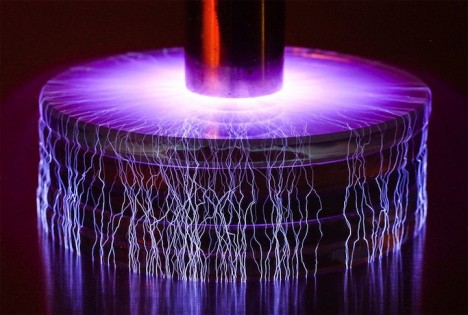 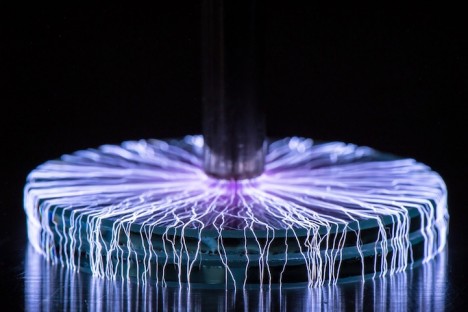 Nikola Tesla would likely be disappointed that his ingenious creations are mostly relegated to exhibits and experiments these days, rather than becoming a viable wide scale source of energy, but it seems likely he’d approve of this project.