The inventor of the suburban American mall as we know it came to hate the effects of his creations, evolving from the creator of this building typology to its most vocal critic. Architect Victor Gruen’s first mall was Southdale, built in 1956 and located in Edina (a suburb of Minneapolis) only miles away from the Mall of America, now the largest indoor shopping center in the United States. Later this month, you can learn more in person about the man and legend at the upcoming Gruen Day celebration, hosted by Tim Hwang of the Bay Area Infrastructure Observatory and Avery Trufelman, producer of 99% Invisible’s episode ‘The Gruen Effect‘.

The episode (embedded above) takes its title from that phenomena we all have come to associate with malls: a compulsion to consume, driven by dazzling displays and careful product placements in stores designed to sell. Gruen had loftier aspirations and nobler inspirations, however, when he first began to illustrate the problem of suburbs and conceive of malls as the solution. 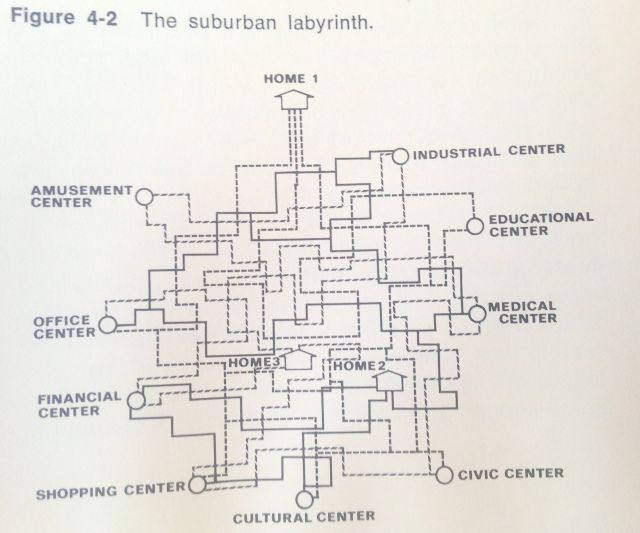 More than just shopping centers, these were to be all-in-one ‘third spaces’ – places in addition to home and work where people could walk, interact and socialize. Following the model of European city centers, he also envisioned them as mixed-use architecture, blending commercial with residential and office spaces, perhaps even including public services like medical centers, libraries and daycares. 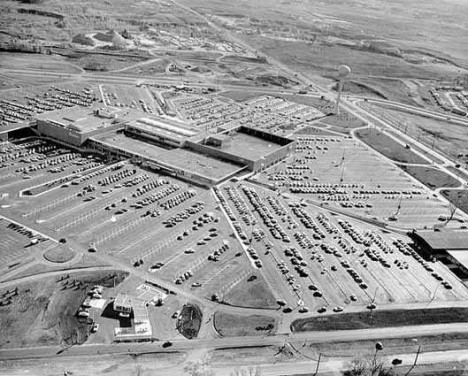 Recognizing American reliance on automobiles, Gruen hoped to lure people with ample parking to these centers of activity, then recreate for them the experience of tightly-packed urban streets, vibrant and full of everyday life. Walking into Southdale, you would never guess that this was a first attempt, given its resemblance to other malls around the country. 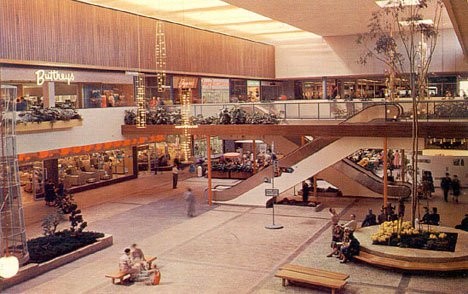 The shortcomings of this plan were, as we now know, numerous, including but not limited to the privatization of public space. One cannot protest in a mall or walk its halls at any time day or night, and skylights are not a replacement for open skies. Indeed, while malls were popular for a time, the public has fallen out of love with them – the last full-sized shopping center was built nearly a decade ago and there appear to be few if any new ones on the horizon. 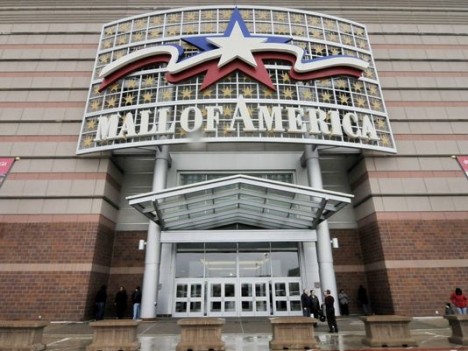 In some ways, the Mall of America in Bloomington, MN, built in the 1990s and currently being expanded, embodies more of what Gruen envisioned for malls, containing at its center a series of recreational spaces, rides and amusements, and flanked on its sides by places to stay (albeit temporarily – hotels not homes). People even walk and jog its halls in the early hours before stores open, much as they might on city streets – some even get married within its walls. 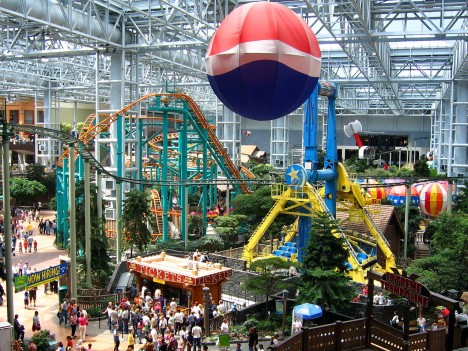 Perhaps, though, the relative success of this venture is tied in part to the location – the Minneapolis area is almost unbearably cold for most of the year, then quite hot and humid in the summer, making it a perfect place for a temperature-controlled alternative to being outside. 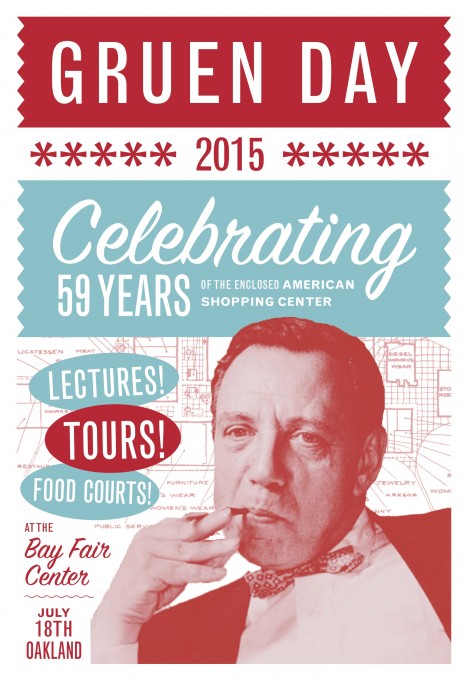 As for Gruen: he eventually returned to Vienna and rejected his work on American malls, advocating for urban renewal in city centers. Meanwhile, interested Bay Area readers will want to get tickets for Gruen Day, taking place in one of Gruen’s earliest malls and featuring speakers, tours, and (of course) food courts, and read more of this story (and many others) at 99% Invisible (illustration by Victor Gruen, poster by the BAIO and photographs via LIFE Magazine, MallsofAmerica and MNopedia).