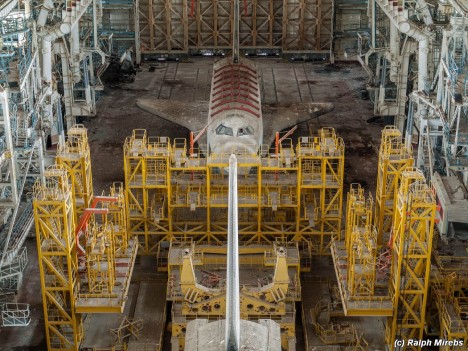 Operational from the mid-1970s through 1993, the Buran program was housed in a gigantic building (over 200 feet tall) in which the Soviet N1 moon rocket was constructed and other space vehicles were created and maintained. 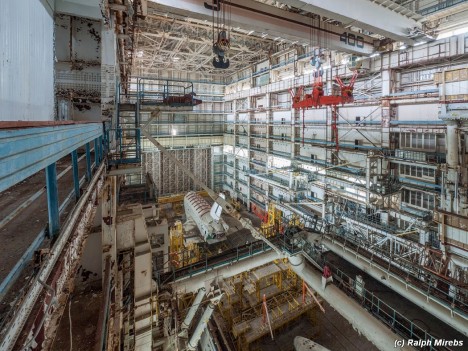 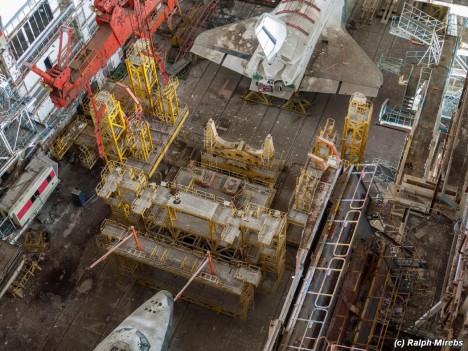 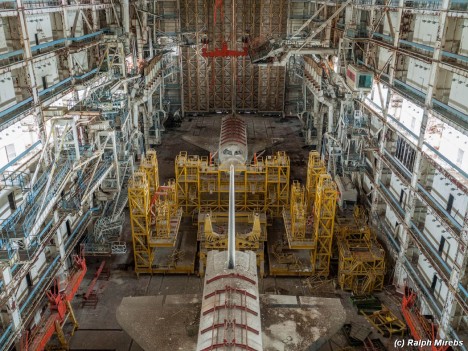 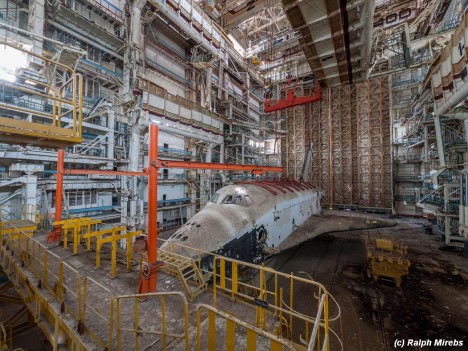 Today, two Buran shuttles remain – one nearly-finished model that was partially destroyed in the early 2000s when a portion of the ceiling collapsed on top of it, and a prototype used for structural testing that remains remarkably intact. 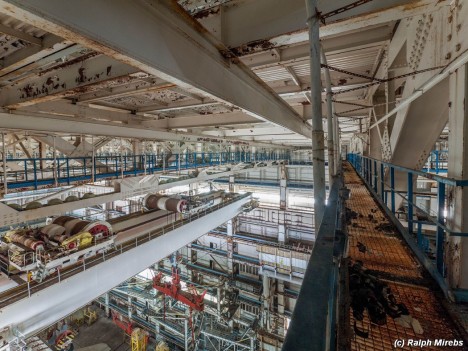 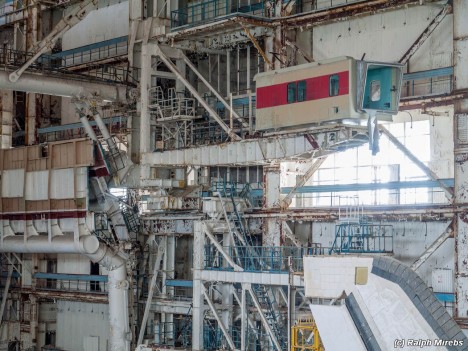 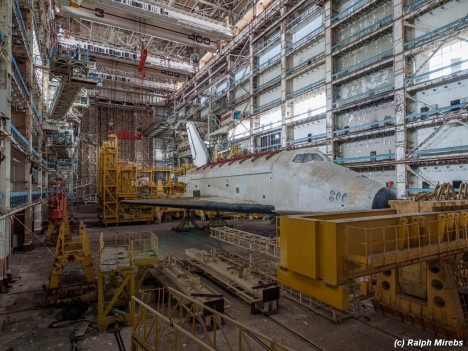 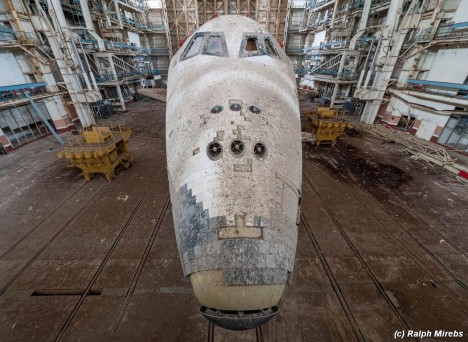 From Wikipedia: “The Buran programme was started by the Soviet Union as a response to the United States Space Shuttle programme. The project was the largest and the most expensive in the history of Soviet space exploration. Development work included sending BOR-5 test vehicles on multiple sub-orbital test flights, and atmospheric flights of the OK-GLI aerodynamic prototype. Buran completed one unmanned orbital spaceflight in 1988 before its cancellation in 1993.”