Remarkably intact and beautifully documented by a Russian urban explorer, this space shuttle prototype rests in a massive above-ground graveyard at the Baikonur Cosmodrome, deserted due to the collapse of the Soviet Union. Originally destined to dock with Soviet space station Mir, the model was almost finished and had even completed a test flight when the facility was shut down in the early 1990s. 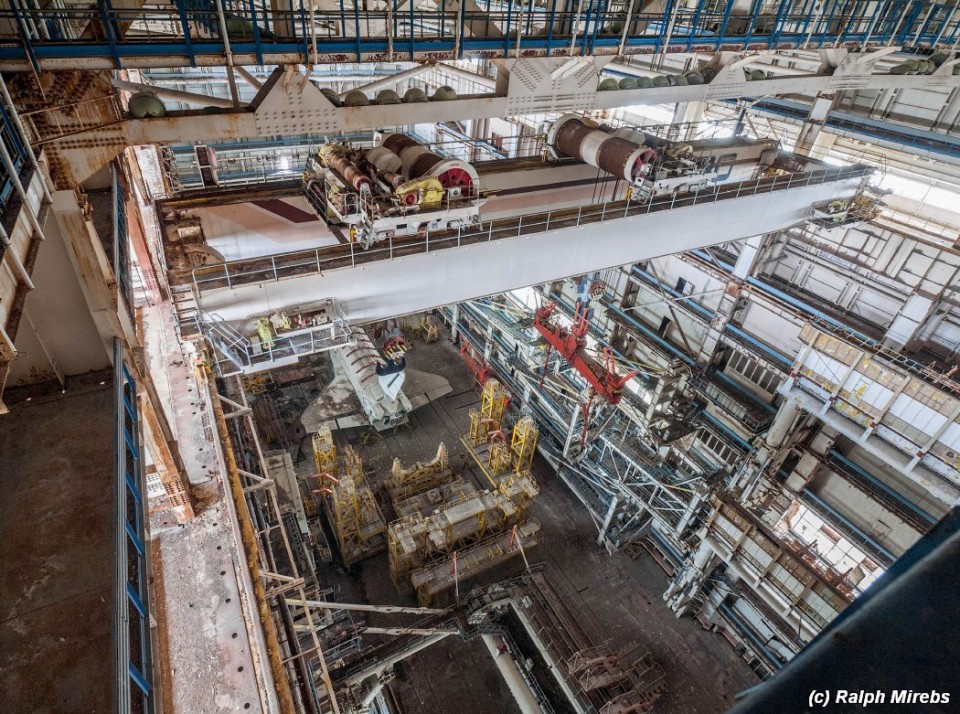 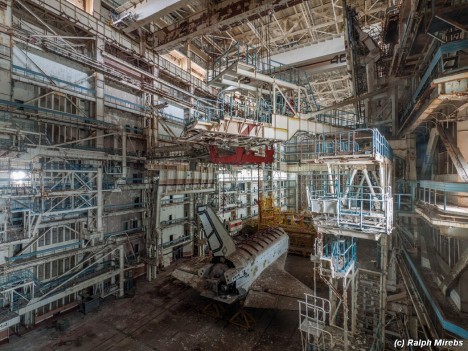 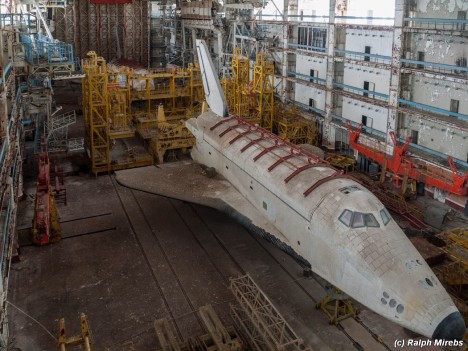 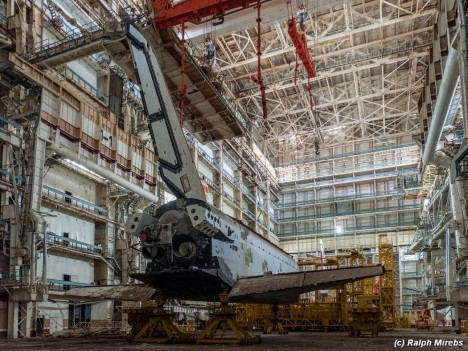 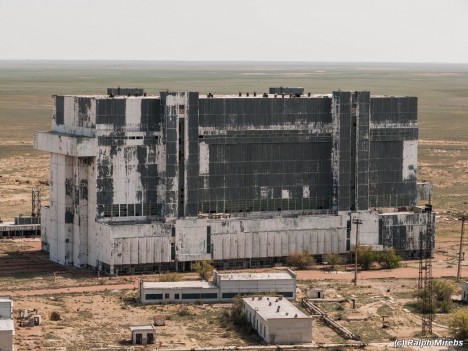 Photographer Ralph Mirebs identified the massive (yet somehow still unassuming) structure as an excellent target for exploration, but did not know just how many surprises were in store for him when he took his camera into the ruins. Positioning himself on catwalks and even entering spacecraft models, he was able to take pictures of an amazing array of spaces and equipment. 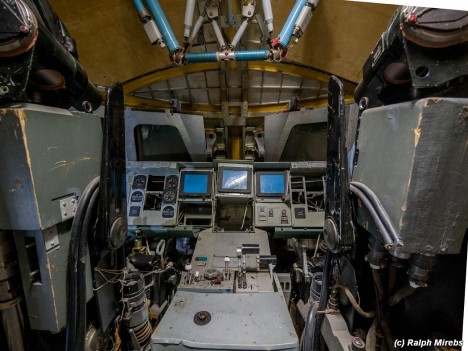 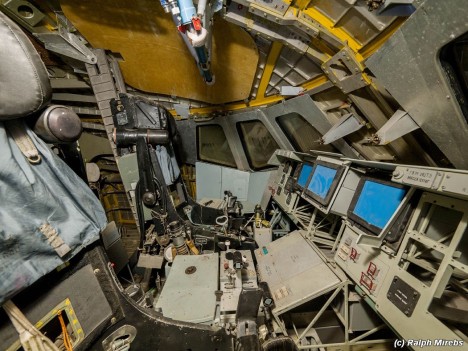 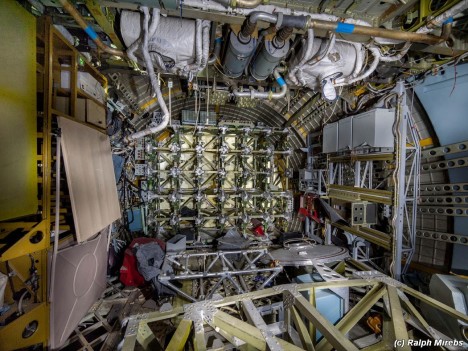 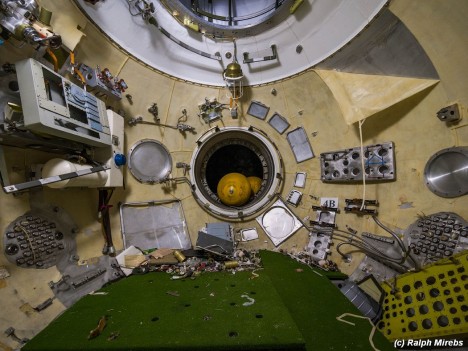 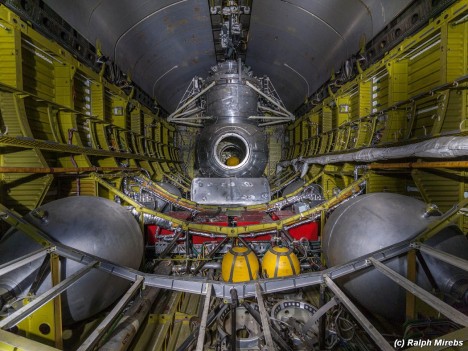 As incredible as the outside of the craft may be, the insides are all the more fascinating, filled with the equipment intended to take it to space that somehow seems surprisingly fragile right here on the ground.