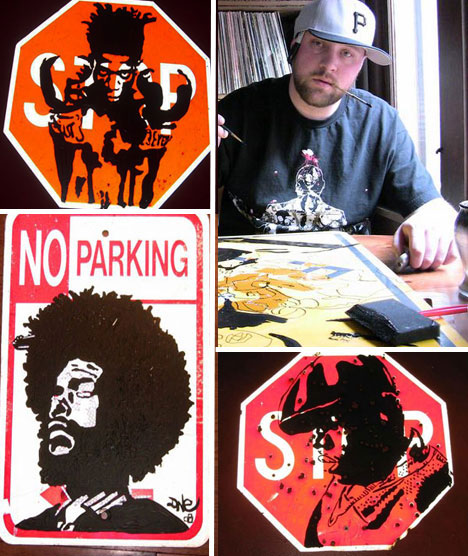 The influence of graffiti looms large on the art world at all times, from a street artist like Banksy being hailed as master by traditional art critics to a graffiti artist like Barry McGee transferring his work from a wall to a canvas. There are also artists like Jean-Michel Basquiat, who brought the street art directly into the gallery. Dan Ericson, better known by his moniker “The Signtologist”, is one of these artists.

An Artist with a Focus on the World of Hip-Hop 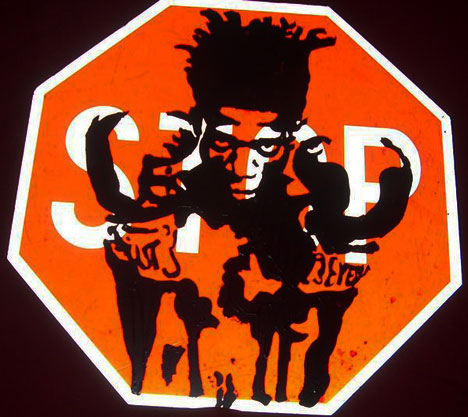 The Signtologist’s niche in the art world is one of those “so simple I wish I had thought of it” ideas – he paints portraits on street signs. The mostly monochromatic portraits tend to be of figures important to the world of hip-hop – one that’s deeply important for The Signtologist. In fact, as the artist told one journalist, it was a hip-hop artist (Black Thought, the rapper from The Roots) who gave him his monicker. 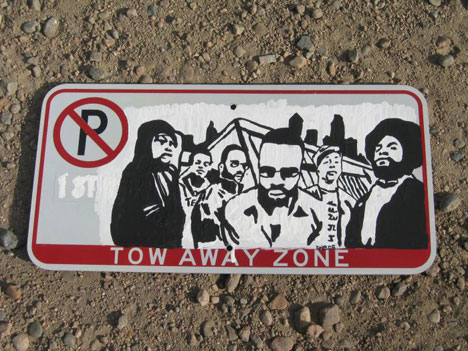 The Signtologist’s most famous piece is his bullet-ridden Stop Sign portrait of slain rapper The Notorious B.I.G. 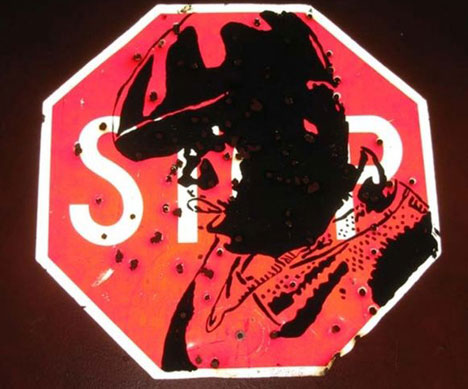 This piece is emblematic of both the weaknesses and ultimate strengths of The Signtologist’s works. While a piece like this, with its obvious political undertones (as he mentioned in an interview) seems like it SHOULD matter, but it doesn’t. 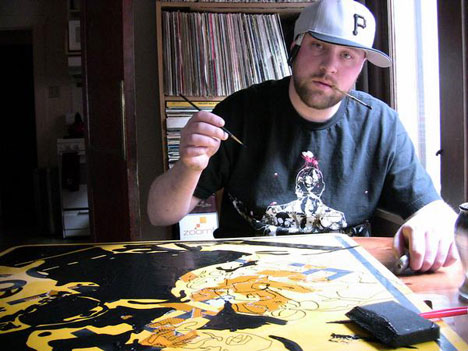 And what raises The Signtologist’s work well above the “mere novelty” of street signs being used as canvases is the quality of the work – the hand-painted portraits are expertly and beautifully crafted and, no matter what your opinion on street art may be, you can’t seem to take your eyes off the works. 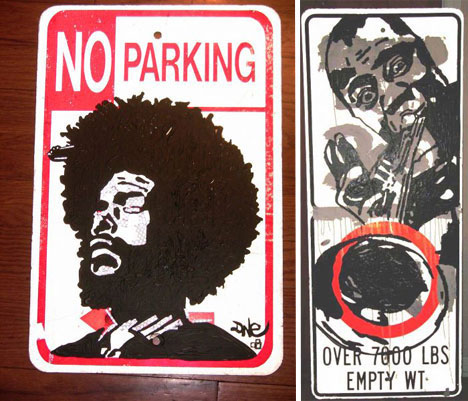 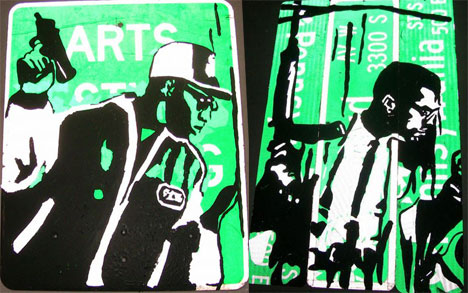 That’s the brilliant part about painting on signs that are designed to be seen by distracted drivers – you CAN’T miss them. 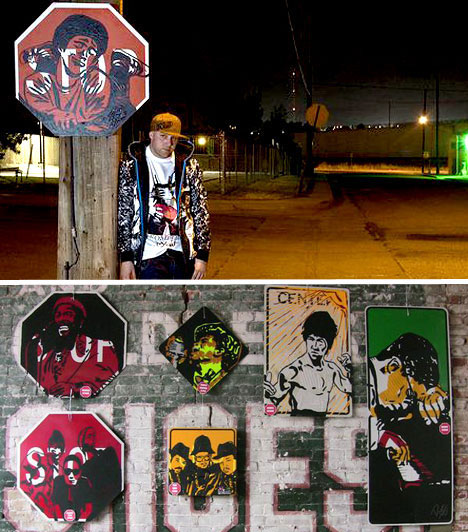 If you’d like to see more of The Signtologist’s work, head over to his profile on ARTST, the brand new online community for artists started by The Neptunes’ Pharrell Williams.