With the recent expansion of the High Line Park and the growing popularity of urban reuse projects, city dwellers have come to appreciate the potential in unused spaces. One of New York City’s barren, overlooked empty areas has languished beneath the surface of the Lower East Side for about sixty years – but now a visionary group of NYC entrepreneurs wants to turn it into an underground park. 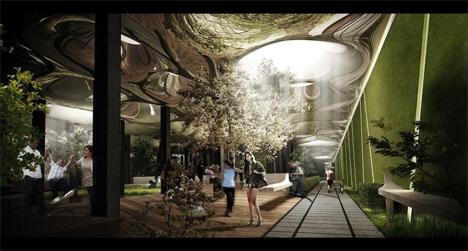 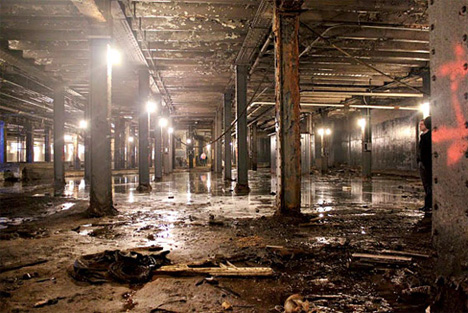 (image via: The Pop-Up City)

The trolley station in question is nearly the size of Grammercy Park, but for decades it has sat unused and unloved, wasting whatever potential it may hold. That is, until James Ramsey, Dan Barasch and R. Boykin Curry IV were inspired to bring out its promise. They were inspired by the High Line project and began devising a plan to turn this barren underground space into something bright and inviting.

To combat the natural darkness of the location, the group plans to use advanced solar technology for sunlight transmission. Natural sunlight can be filtered down into the space this way, allowing plants and trees to grow in this unlikely space. 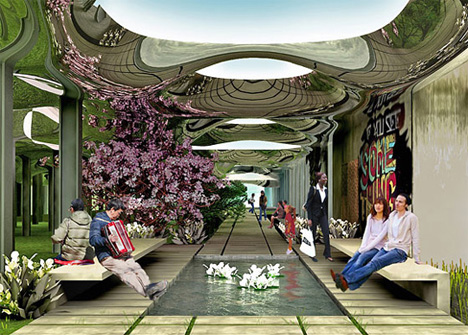 (image via: The Pop-Up City)

The idea has already been brought before the Community Board, where issues of safety, retail potential, lighting and funding were all brought up. But since the “Low Line” team can easily reference the success of its predecessor, the High Line, this project may soon be on its way to becoming a reality.