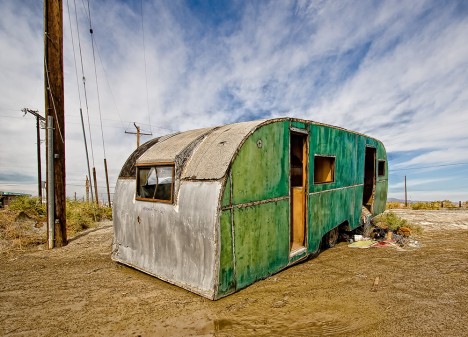 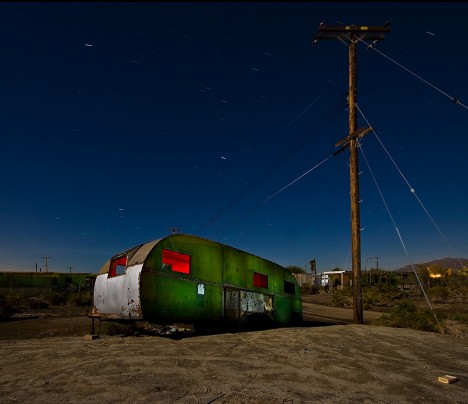 According to Flickr user John Maher (The Flying Monk), this mean green abandoned machine might be a “Royal Spartanette” dating from the 1950s. This was Sparta!! 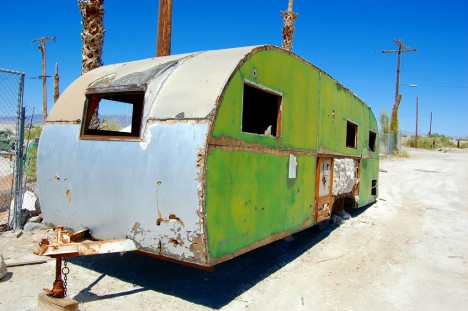 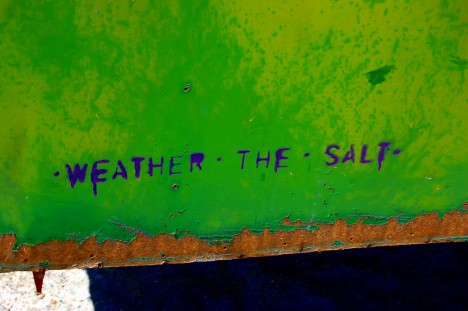 Is it the bold bilious hue of the above abandoned trailer that makes it such a popular subject for photographers? If you think about it, there’s not much else that visually pops out of the Salton Sea region’s washed-out desert landscape. Hey, it worked for the pink trailer, kinda. 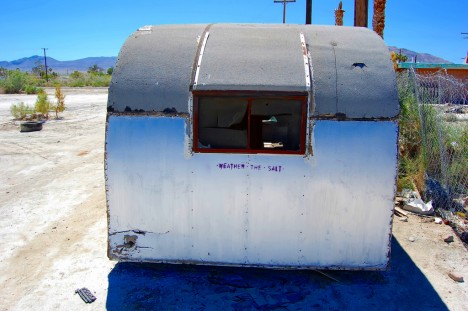 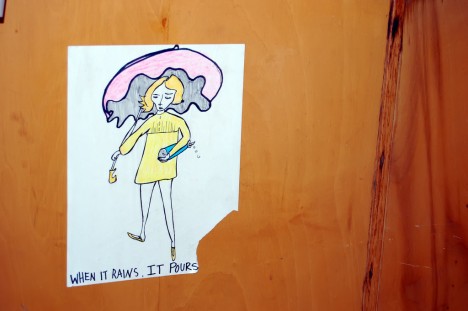 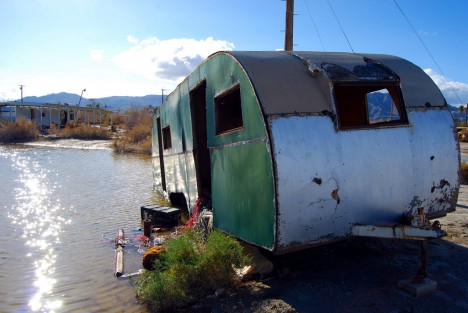 Credit Flickr user Matthew Dillon (RuggyBearLA) with the above four “Weather The Salt” images above dating from May 24th of 2010. Dillon’s final image dated February 19th, 2011, hints at someone having shifted the trailer down to the seashore. Beachfront property, redneck style. 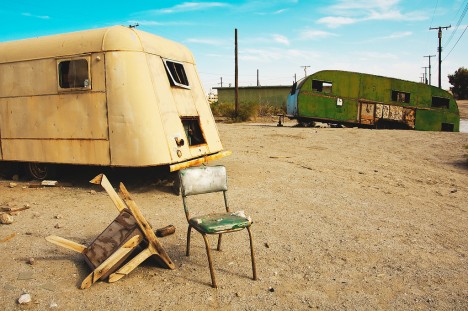 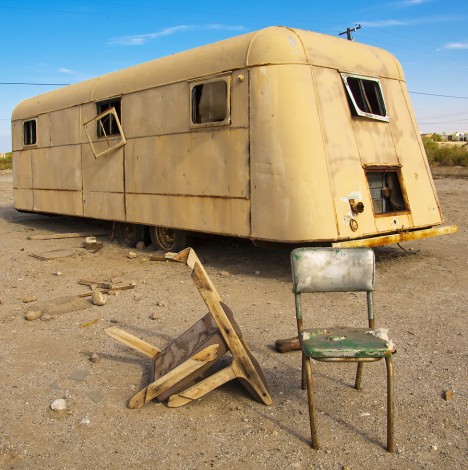 At least the verdant RV won’t be lonely – a less colorful slab-sided and slant-backed cousin keeps it company through blisteringly hot days and chill desert nights. Flickr user Philippe Reichert snapped the series of shots above on July 30th of 2010. 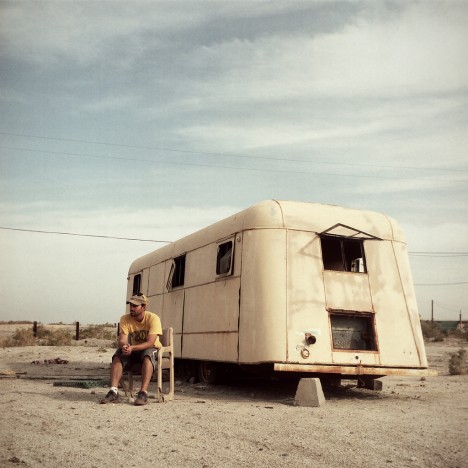 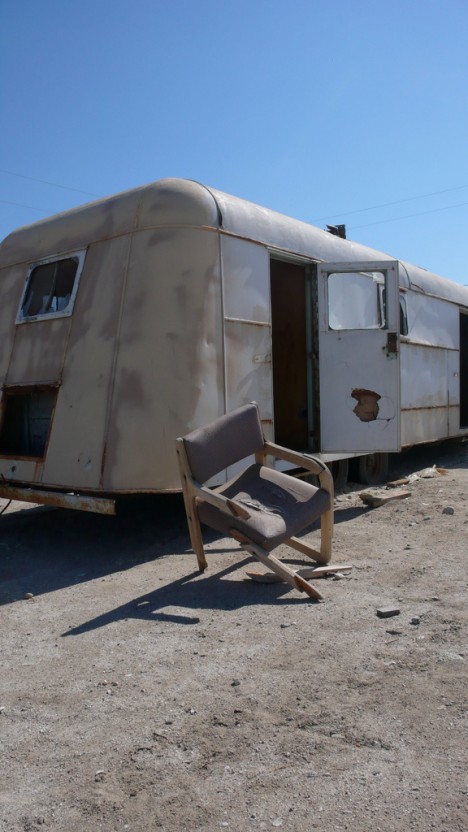 Aaron Morris (mraaronmorris) found those chairs just too inviting while Vince Patti (robvincep) must have thought setting a spell in such unstable surroundings was just too much of a risk. 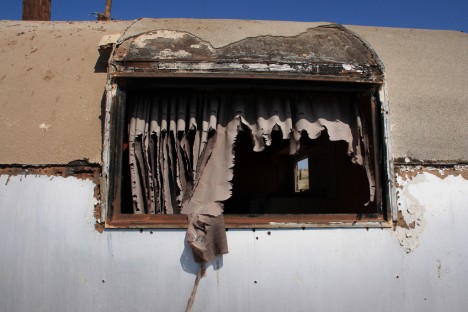 How long has this blighted inanimate eye socket gazed upon the ruin and desolation that is the salty Salton Sea shore? How long since someone peered out through the once-pretty curtains and wondered what the future would bring… and where is that person now? The answers are blowing in the hot desert wind as it flays flakes of paint off these forlorn and forgotten trailers of tears.