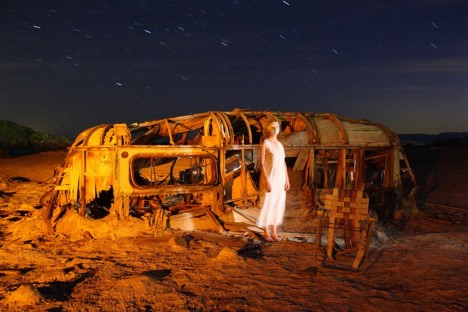 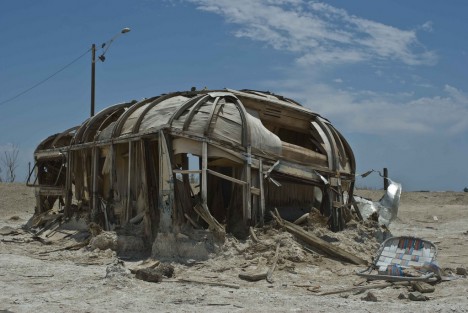 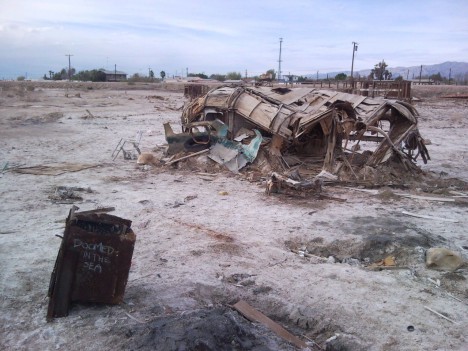 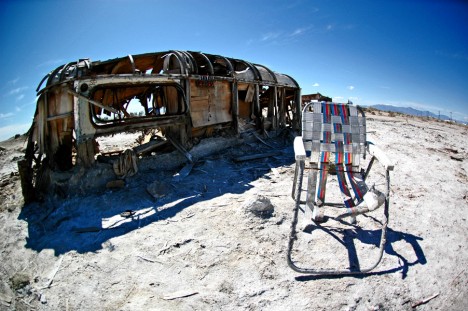 Apparently melting into its final resting place in Bombay Beach, this severely deteriorated trailer has been the subject of countless photographic compositions over the years. Flickr user danseybold snapped the otherworldly shot at top on April 19th, 2009 while Sarah Coates (swept into shadows), Brian Auer and Nick Brion (eskap3) follow respectively with slightly different takes. Gotta love that enduring lawn chair, it’s held up better than the trailer. 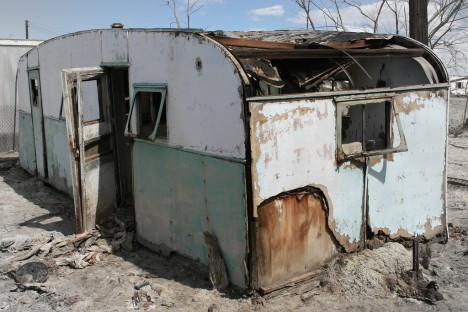 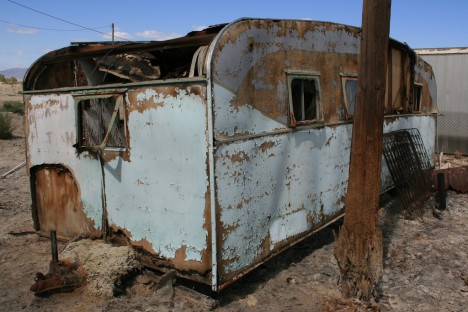 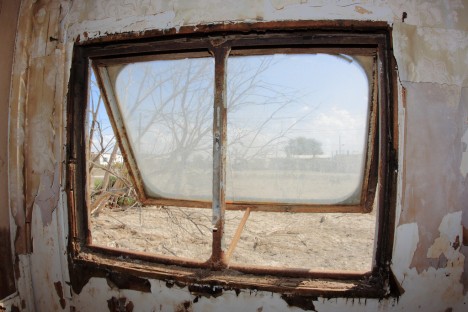 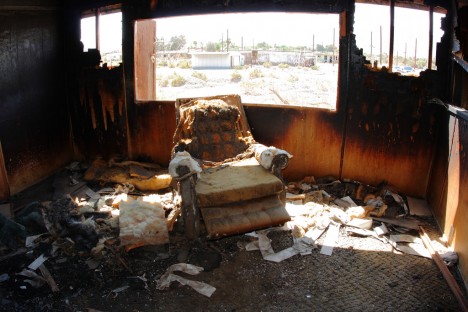 As bad as the exteriors of these trailers look, the interiors are worse – if that’s possible. Flickr user Kevin (slworking2) decided to check out the inside of one exceptionally grotty abandoned trailer on August 22nd of 2009. 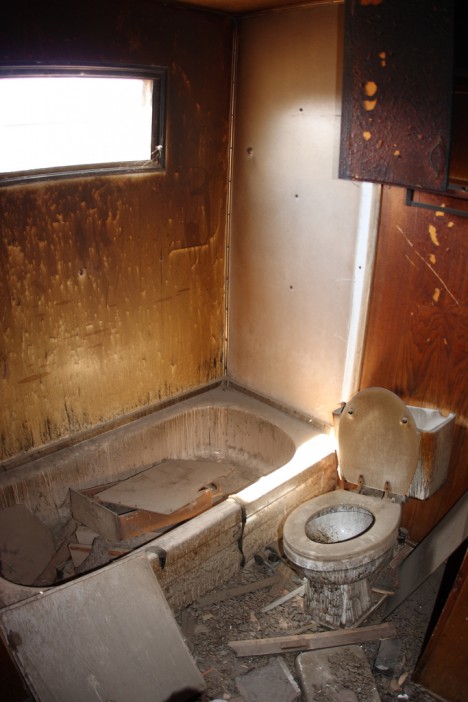 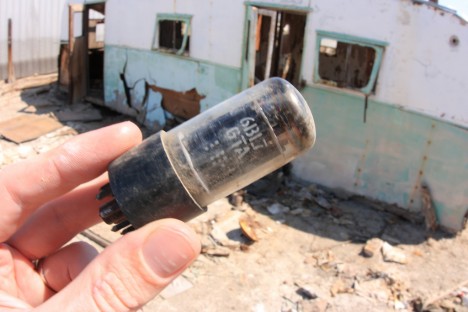 Forget “The Worst Toilet in Scotland”, check THIS out! No telling how long the trailer had to be abandoned in order to deteriorate so thoroughly but here’s a clue: Kevin found an old vacuum tube inside. Speaking of which, this trailer sure could use a good vacuuming, amiright? 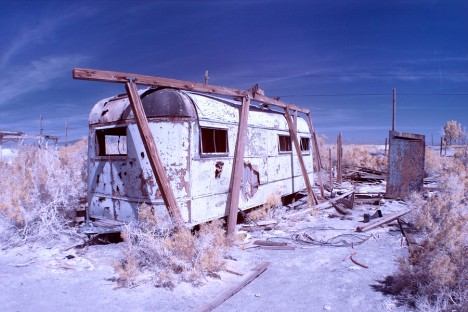 We’re not sure what the deal is with the above trailer and its accompanying skeletal wood frame – perhaps the latter supported a sun-screening tarp at some point in the distant past. The image above wasn’t taken during a rare high-desert snowstorm – credit Flickr user nate2b with some cool infrared photo processing. 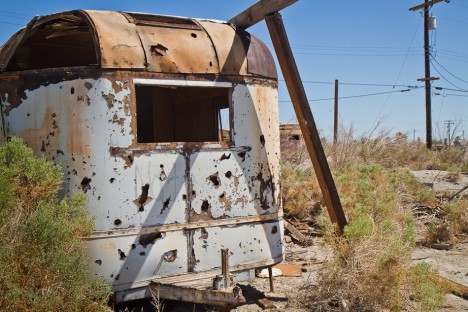 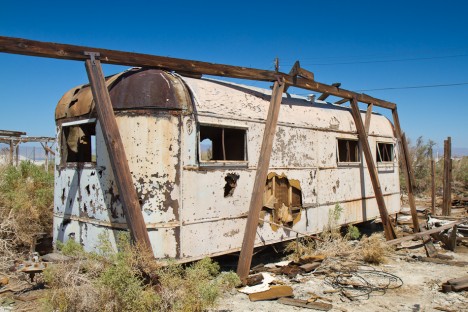 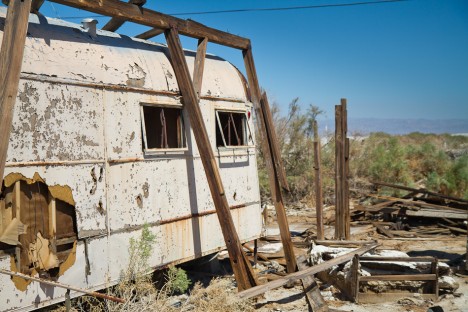 Flickr user Pat Tapia took a different tack when he visited on September 9th of 2010, allowing the “metal husk” of this long-abandoned and very sun-baked trailer to show its stuff, warts and all.