Within fifteen years we could be zooming around in flying passenger drones and self-driving luxury pods, and claiming packages from driverless delivery trucks that verify our identities by scanning our faces. At least, that’s what Mercedes-Benz, BMW and other automakers and designers seem to be hoping with these optimistically futuristic concept car designs – and while it might realistically take a lot longer than that to see real, functioning flying cars, some seemingly far-out ideas are already on their way. 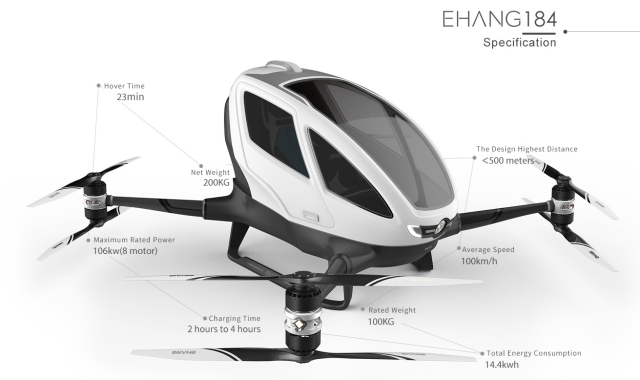 As if the idea of self-driving cars on the roads weren’t already nerve-wracking enough, soon passengers might be able to take to the skies without a pilot onboard. A Chinese startup called Ehang unveiled the world’s first passenger done, an Autonomous Aerial Vehicle that can carry one person and a single backpack for about twenty minutes from one location to another, with the destination set via tablet before takeoff. The 440-pound drone folds up its propellers to fit within a standard parking spot. What happens if something malfunctions? The company says the drone can still fly with a propeller out, and will land in the nearest possible area if anything goes wrong. 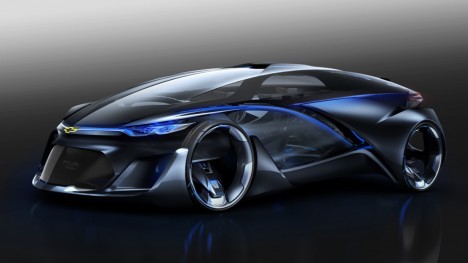 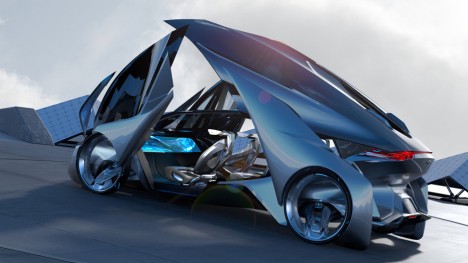 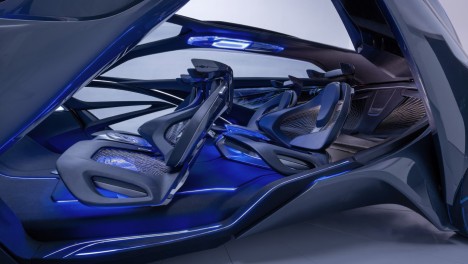 A world away from Google’s dorky self-driving bubble car, the Chevrolet-FNR by GM envisions the autonomous commuting future circa 2030. The front seats rotate to face the rear, and the interior is packed full of touch-screens, with iris-recognition entry, crystal laser lights and “magnetic hubbies wheel electric motors.” The “dragonfly dual-wing doors” are so sharp, they look dangerous. 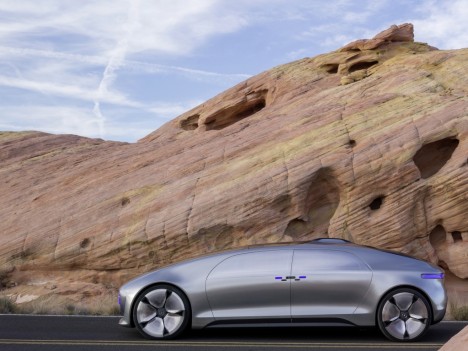 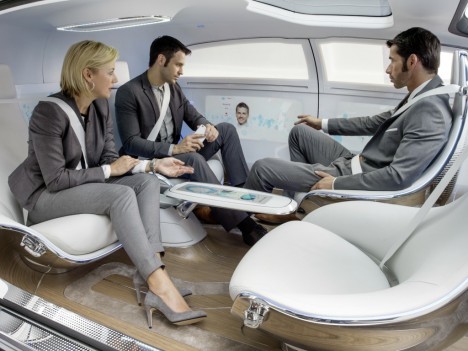 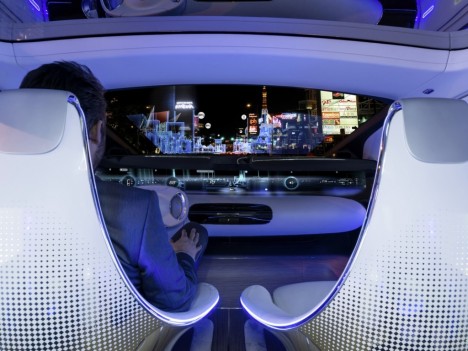 While the FNR isn’t exactly ready to actually hit the road, the similarly driverless Mercedes-Benz F 015 is already roaming San Francisco. This sleek and shiny luxury pod is part of Mercedes’ vision for a safer future in which all cars are unmanned, automatically stop to let pedestrians cross the road, and let all passengers read, text, surf the web or whatever it is humans will be doing on gadgets in 2030. The company still has a long way to go in ironing out the tech involved in this project, but the proof of concept is impressive. 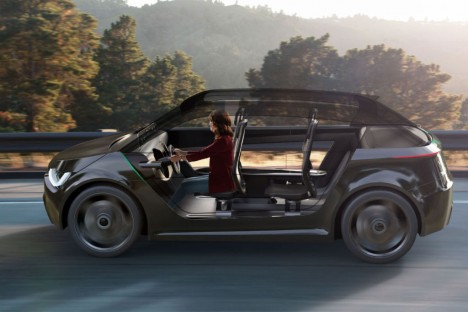 The first of three self-driving vehicle concepts by global design company IDEO interacts with your email, calendar and text messages to set your route and senses when you’re 200 feet away, firing up and preparing for your ride. As you head down the freeway, your car will link up with other cars moving in the same direction, joining a ‘platoon’ of tailgating vehicles for speed and safety. 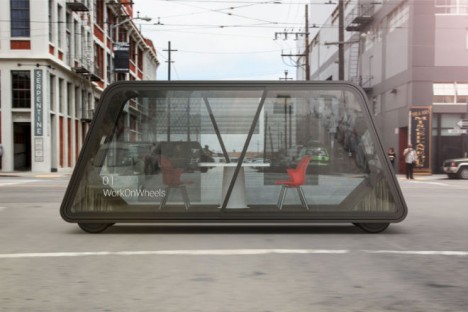 IDEO’s second concept is WorkOnWheels, a transparent mobile office pod that zooms around the city, either acting as an automated place to complete tasks while you’re on your way to your workplace or zooming to the scenic setting of your choice. You can take your team on a brainstorming session by the sea, park in a bustling urban spot to observe city life or whatever else you can dream up. The pods are rentable by the hour and drive themselves back to their home base to recharge when you’re done.