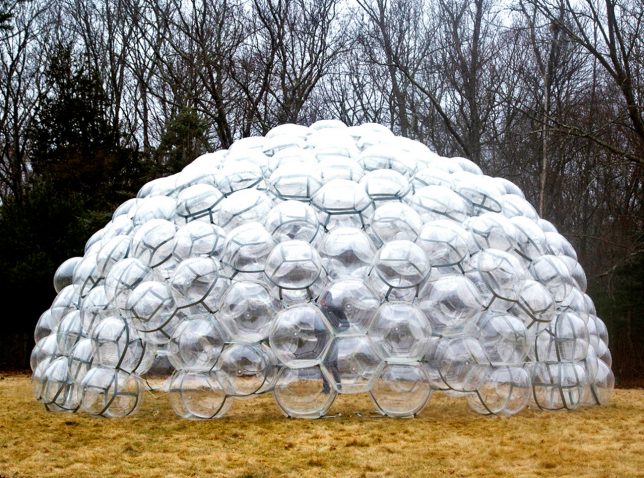 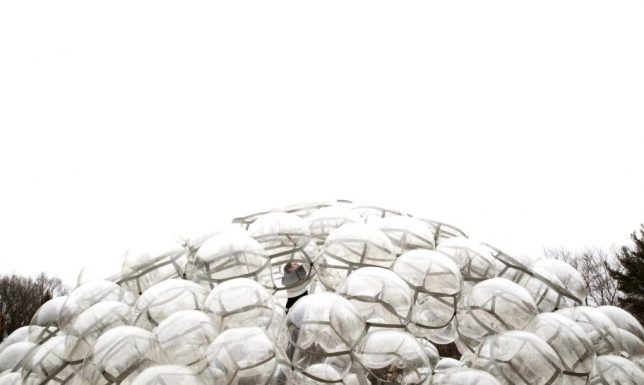 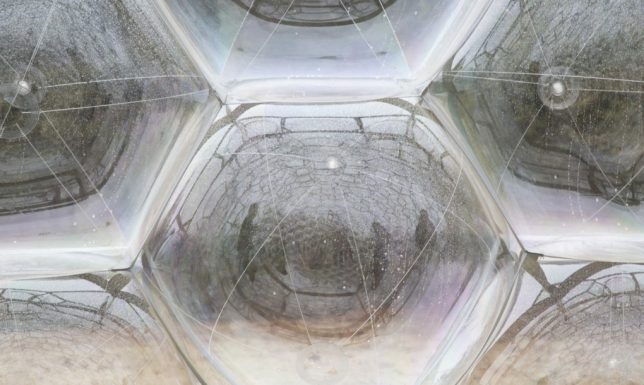 ‘Bubble Dome’ by the Rhode Island-based design collective Pneuhaus is made from hundreds of TPU plastic balls and one thousand feet of hand-sewn nylon webbing. The balls were inserted into the webbing and then inflated to full pressure, creating the dome structure without any need for additional support. 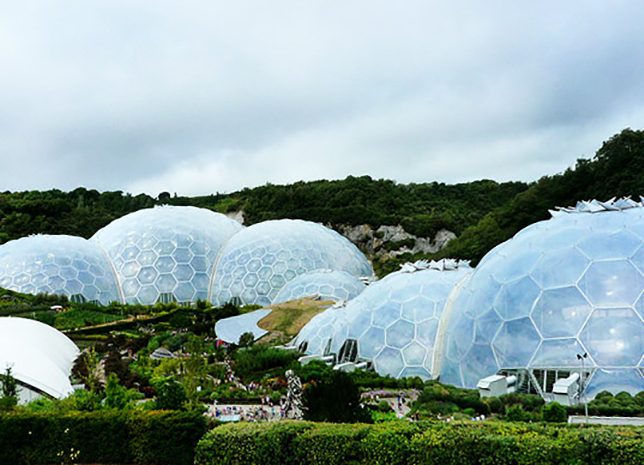 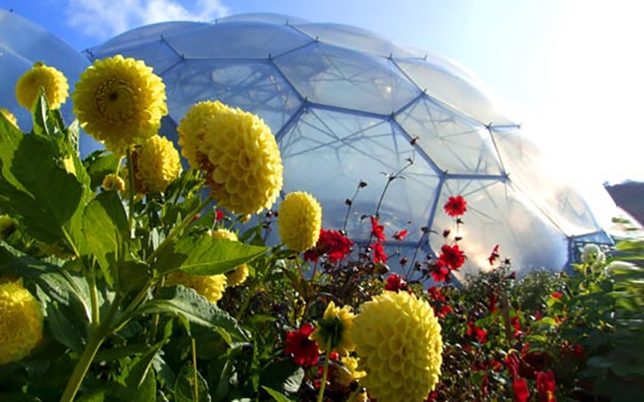 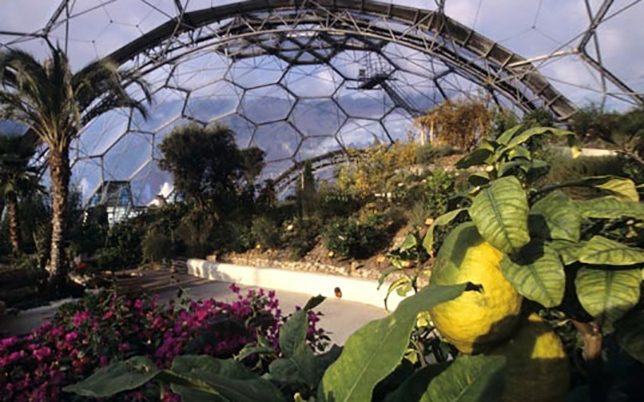 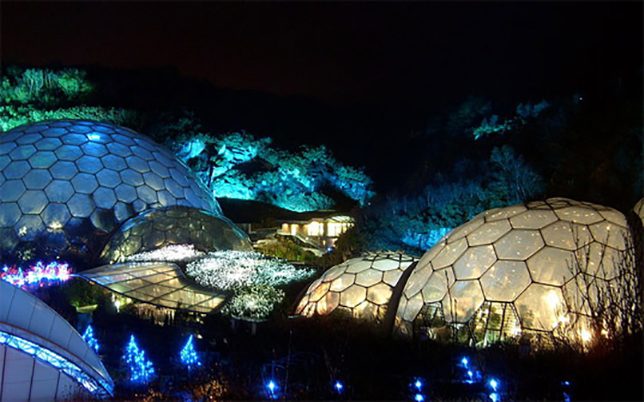 The world’s largest greenhouse can be found within a series of giant bubble-like biomes called the Eden Project, each one made up of hundreds of inflated plastic cells and in hexagon and pentagon shapes. Located in Cornwall, UK, the project was designed by Nicholas Grimshaw and consists of tubular steel frames and ETFE thermoplastic. 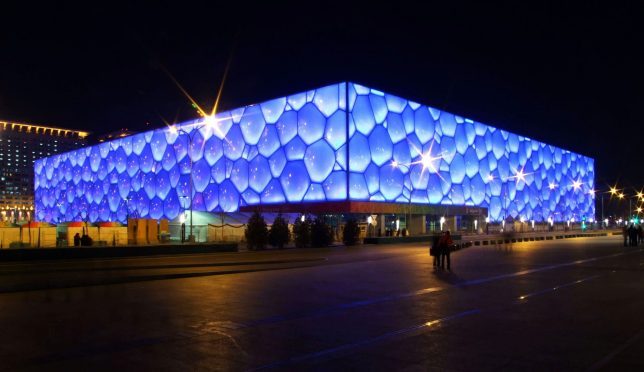 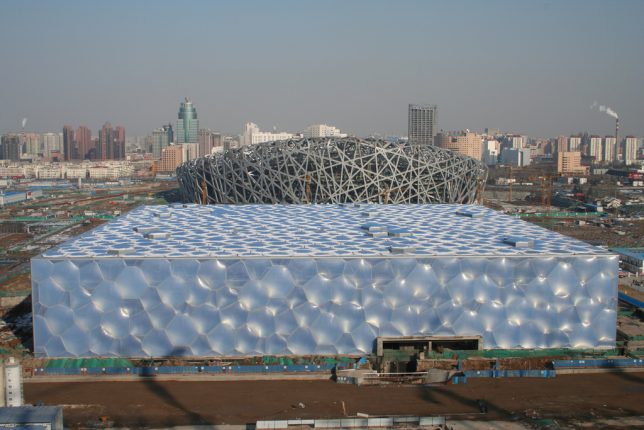 Created for the 2008 Summer Olympic Games in Beijing, the National Aquatics Center looks like a mass of bubbles from the outside and contains massive Olympic-sized swimming pools inside. The translucent bubbles bring daylight into the center, allowing the light to shift and change throughout the day. At night, it becomes a glowing blue box illuminated with LED lights. 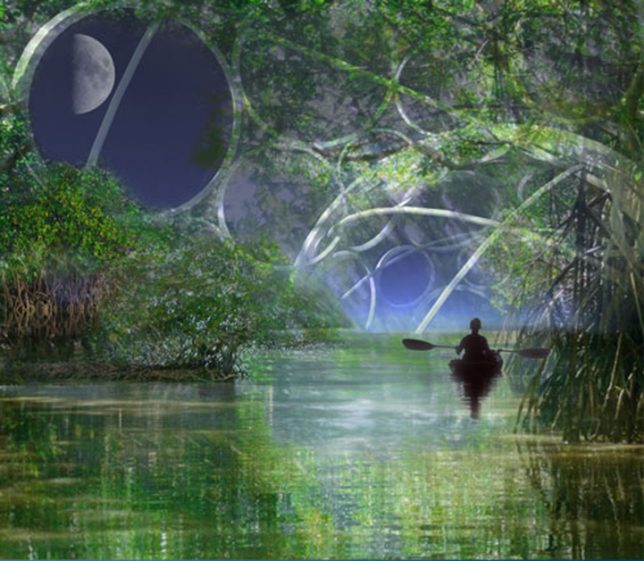 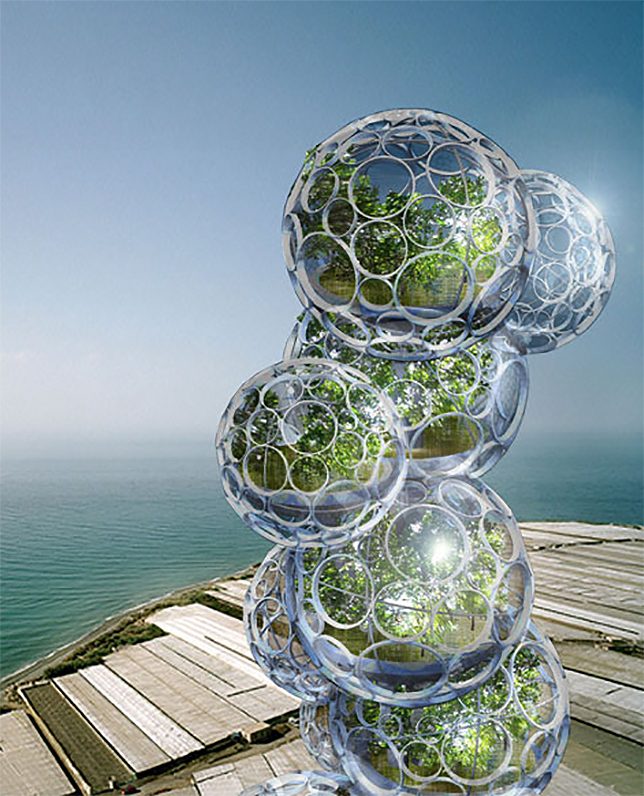 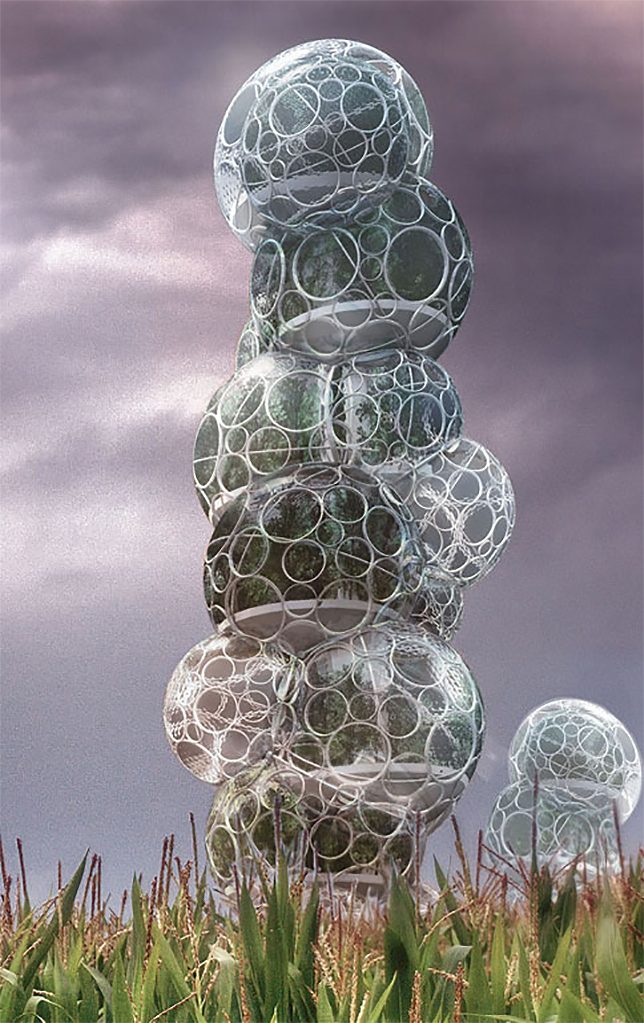 What if somebody just pied a bunch of geodesic domes on top of each other to create a skyscraper? ‘Freshwater Factory’ by the Design Crew for Architecture in France is a vertical stack of transparent bubbles containing tanks of brackish water and planted with mangrove trees, which naturally feed on that water and then perspire freshwater through their leaves. The system condenses that water and then distributes it to agricultural fields below with the force of gravity.