You’ll never hear the phrase ‘all thumbs’ the same way again after looking at this real life Lego man complete with eyebrows, wrinkles and the biggest, weirdest thumb nails you’ve ever seen. Dubbed ‘Creepyfig,’ this disturbingly fleshy cosplay project brings Lego mini figures into human scale and parades him around San Diego Comic-Con, where there are so many crazy things to look at, he barely gets a second glance from most adults before reaching the official Lego exhibit. 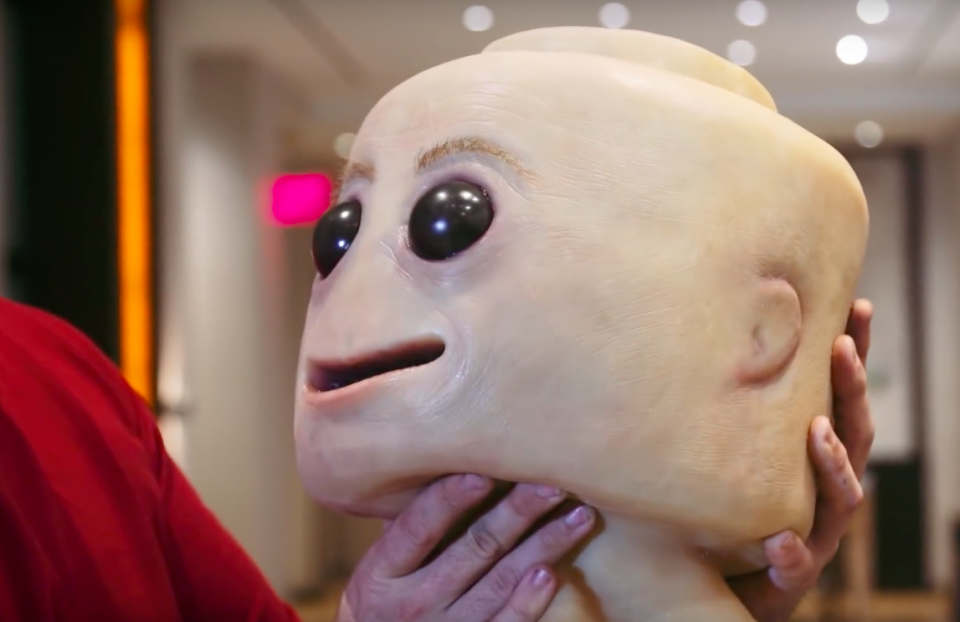 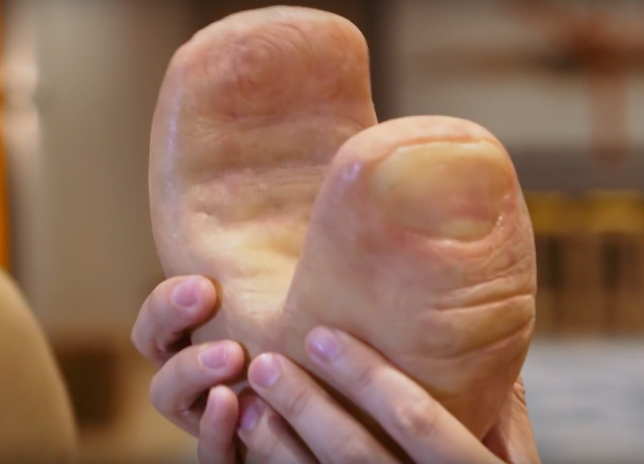 Artist Frank Ippolito created the mask and hands and donned the costume himself, getting a spirited reaction from kids who poked his head curiously and placed Lego bricks in his clumsily large hands. The head – complete with its characteristic peg – is made of 14 pounds of silicone and includes realistic details like dark eye circles and frown lines. In the video, Ippolito remarks that the eyes are difficult to see out of, but he completed the project in just a week, leaving no time for refinement. By the end of the day, sweat is literally pouring out of the silicone costume components. 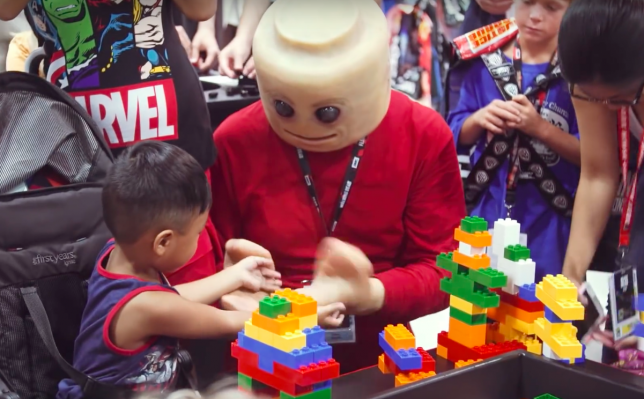 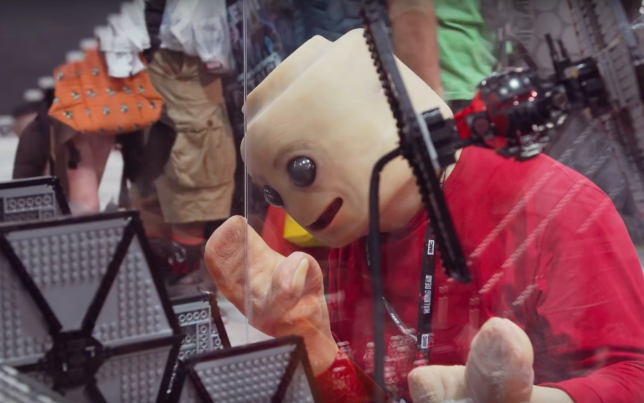 Created in collaboration with Adam Savage’s Tested, the Creepyfig set started out as a giant lump of hand-sculpted clay. Ippolito specializes in makeup for film and television, giving him the skills to nail those details (no pun intended.) See the whole process from start to finish in a second video, courtesy of Tested.

Now, if only someone would make appropriately sized Lego bricks and accessories so we can see this project take a sharp left turn deeper into Uncanny Valley.