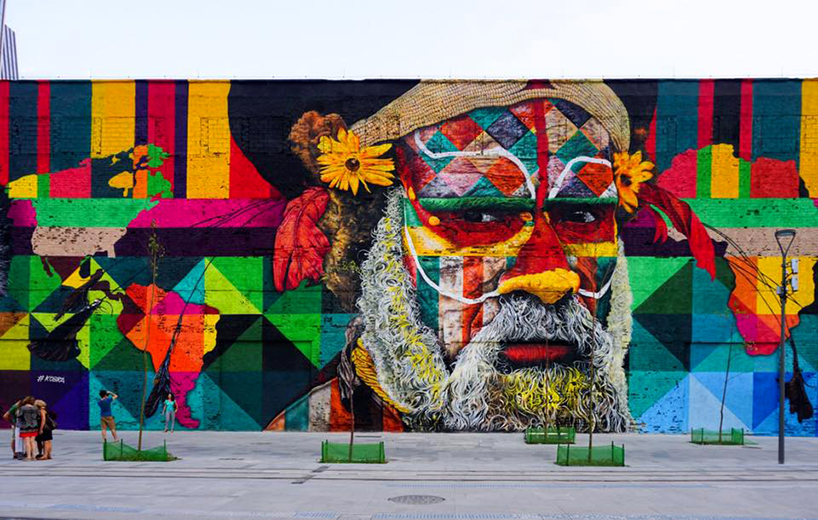 Athletes aren’t the only people trying to set world records in Rio de Janeiro right now, and one artist might have nabbed the gold this week for the world’s largest mural created by a single person. Eduardo Kobra debuted ‘Etnias’ (translation “ethnicities”) along the heavily trafficked ’Olympic boulevard’, stretching an incredible 623 feet in vivid color across 32,000 square feet of a brick wall belonging to a formerly abandoned warehouse. mural portrays the faces of five indigenous men and women from five continents, including the Mursi of Ethiopia, the Kayin of Thailand, the Supi of Europe, the Tapajos from the Americas and the Huli of Papua New Guinea. 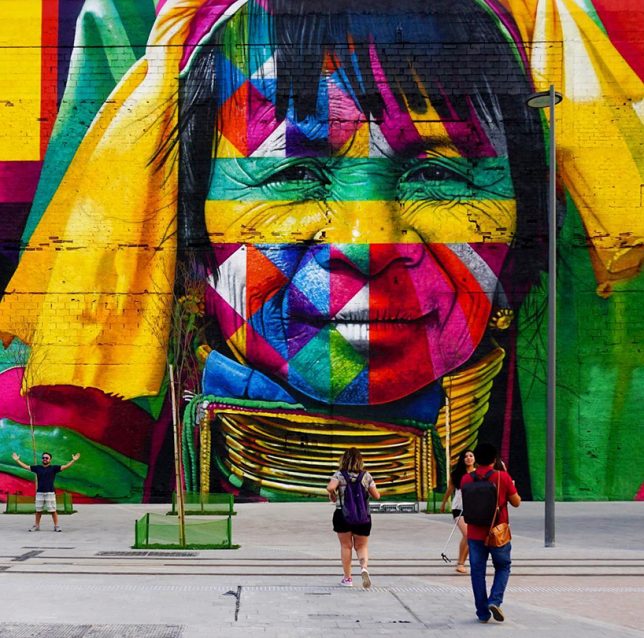 Rendered in the artist’s signature quiltwork style, with geometric shapes connecting and layered over each portrait, ‘Etnias’ is an extension of Kobra’s series ‘Peace Outlooks,’ which also includes paintings of Martin Luther King and Nelson Mandela. Past projects in a similar tone have seen the faces of Biggie Smallz, Tupac and Bob Dylan splashed across giant surfaces in urban areas around the world. 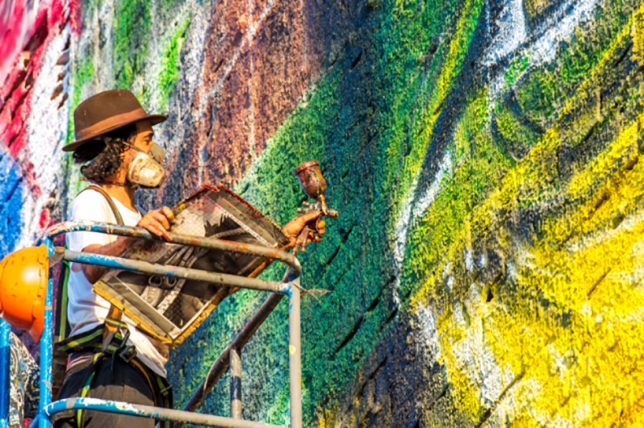 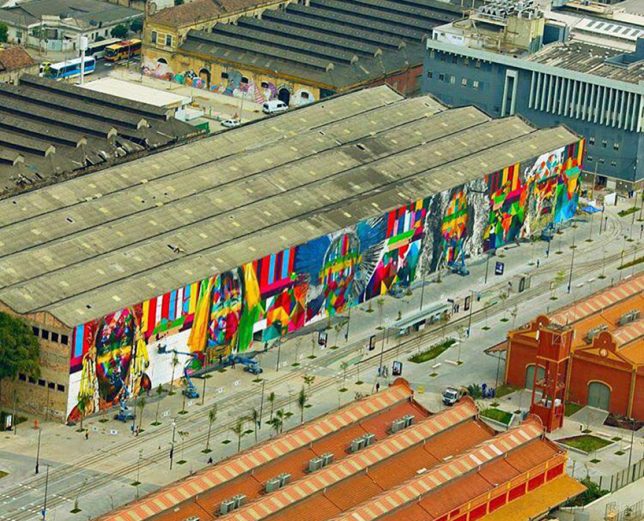 “The five characters represent the five continents – the concept was based on the five Olympic Rings,” says Kobra in an interview with the official Rio Olympics website. “These are the indigenous people of the world. The idea behind it is that we are all one. This is the first time I have worked with ethnic people. We’ve all got the same origins so we have to get along, not only during the Olympic Games but always. We should always stand for world peace.” 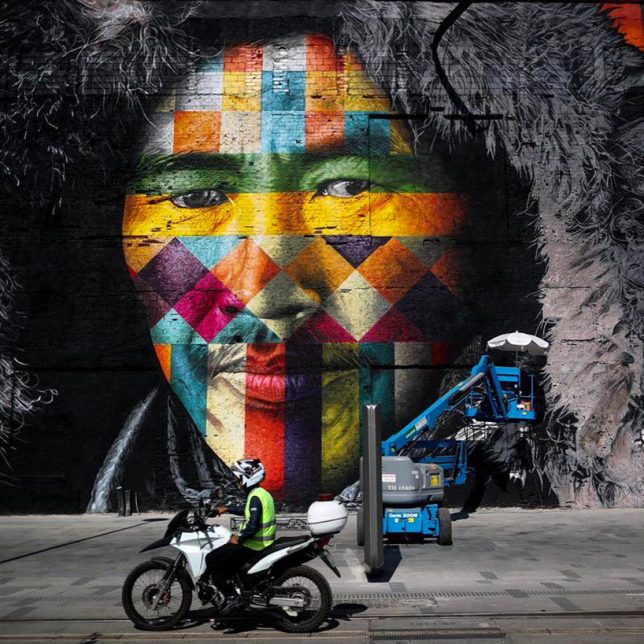 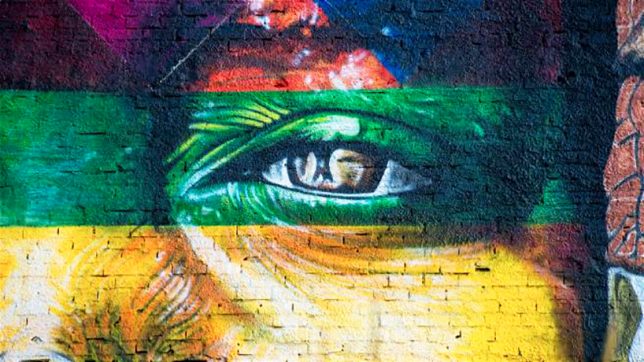 “We’re living through a very confusing time with a lot of conflict. I wanted to show that everyone is united, we are all connected.” 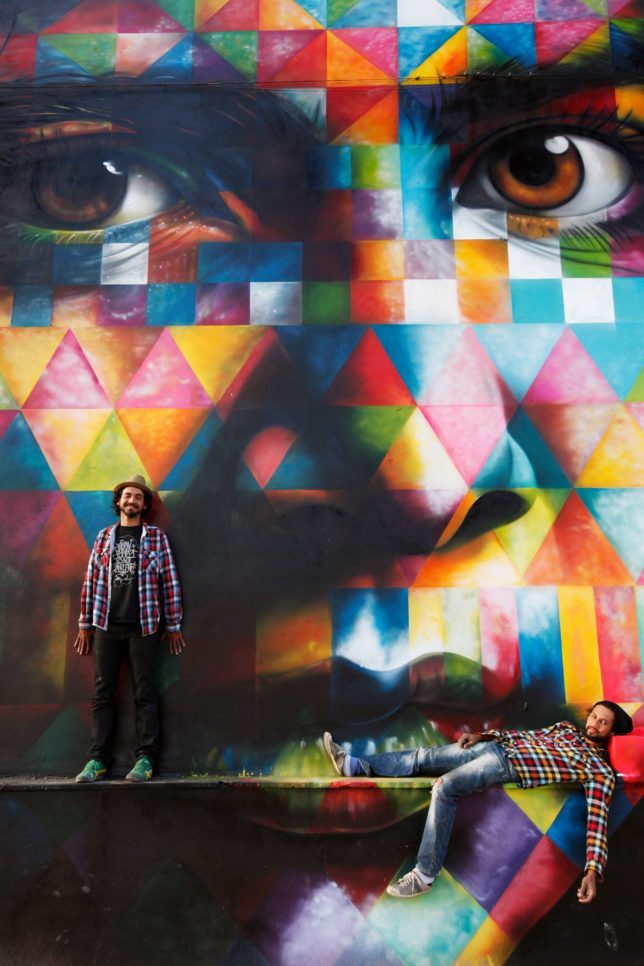 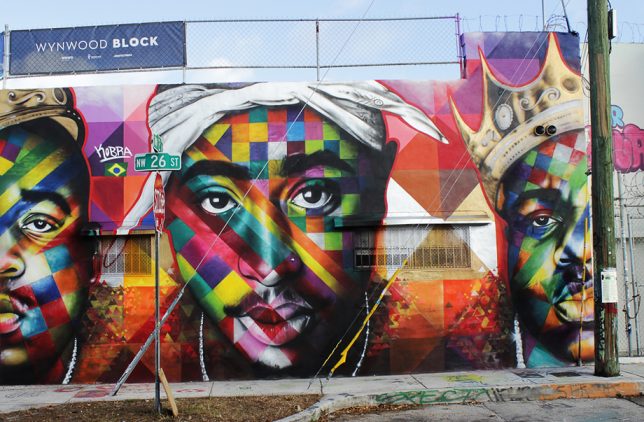 Kobra is hoping to shatter the previous Guinness World Record held by Mexican artist Ernesto Rocha, whose Mazatlan mural completed in 2009 is just over half the size of ‘Etnias.’ Check out more photos of the mural and Kobra’s other work on his Instagram.