After the Austrian government spent €19,000,000,000 to bail out a bank in 2014, a student group in Vienna created a giant urban model of a place Hypotopia in protest. This visionary city for 100,000 people represents a place that could have been built with the money used to rescue the Hypo Group Alpe Adria banking group. 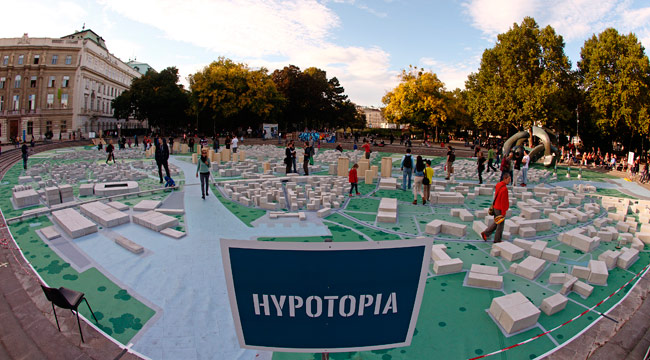 The city of Hypotopia is and will remain a Utopian fantasy, but represents a novel form of protest – a way for it to take physical form and convey a visceral sense of lost possibilities. This (quite literally) walkable city was opened to the public, allowing people to inspect it in full detail.

According to Lukas Zeilbauer, “while Utopia stands for an ideal fictitious world, ‘hypo’ is a Greek word meaning under, beneath or bellow – so a change coming from the bottom, from the folk.” While fictional architecture has been used by niche practitioners for polemical purposes throughout history, it is rare for such a large-scale, full-city effort to be driven by political motivations. 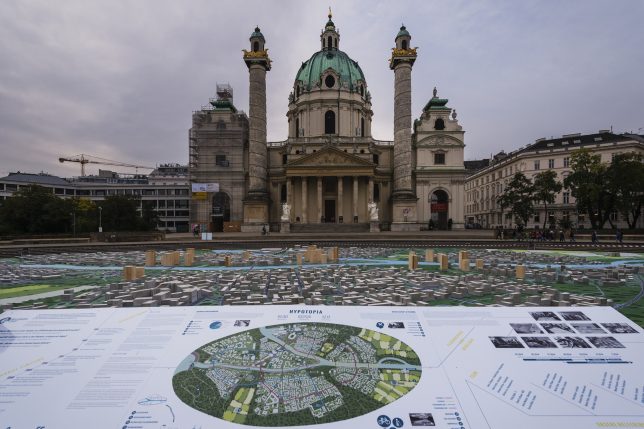 Students from the Technical University of Vienna designed and created the model city in Karlsplatz, a central city square, building it over the course of four months. Were it to be built, it would be the sixth largest city in Austria.

Construction of the model was aided by businesses who donated building materials, including wood and concrete blocks, carted in wheelbarrows to the site and assembled according to a predetermined computer model. 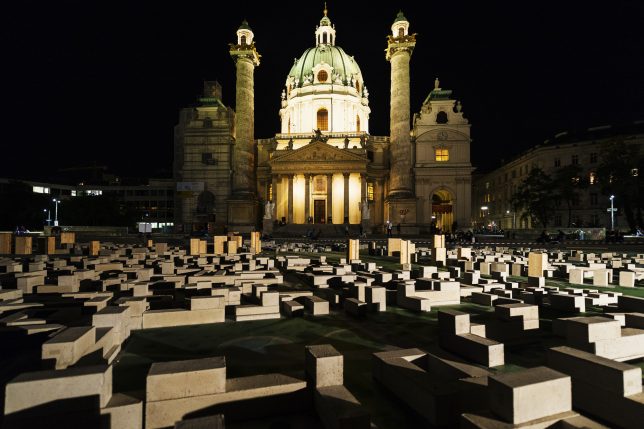 The public received the project with great enthusiasm, as the majority of citizens did not agree with using taxpayer money to bail out the bank in question.

Meanwhile, the makers of the model did more than just create a miniature mock-up: they actually ran the math and calculated the cost of construction, from architecture to infrastructure, making room and accounting for everything … except big banks, that is (images by Armin Walcher).