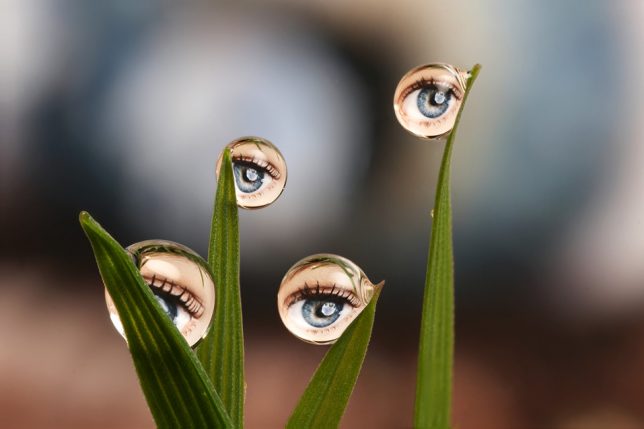 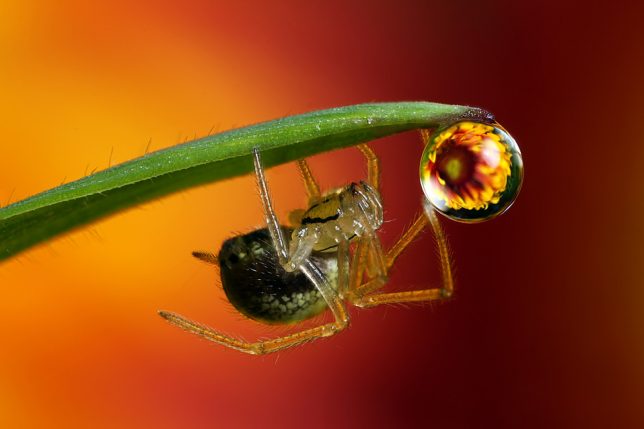 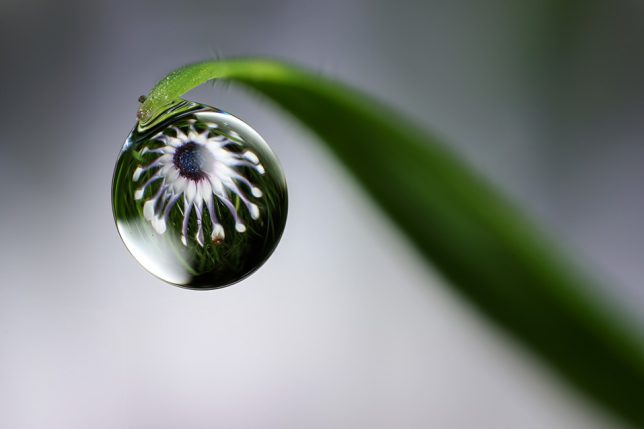 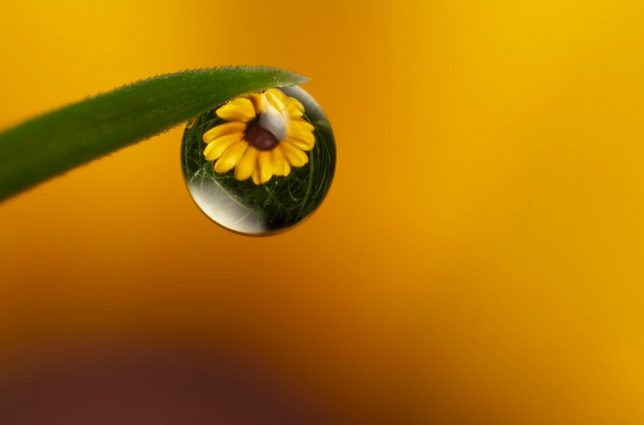 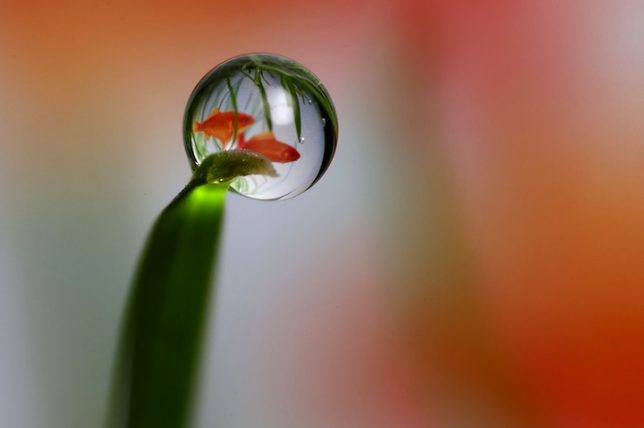 Believe it or not, photographer Brian Valentine didn’t digitally add in those human eyes, cat faces, flowers and goldfish – we are actually just seeing his subjects through the tiny lens of a water droplet. “The only thing I do in many of the water drop shots is focus stacking which allows me to get greater DOF (depth of field.) The images in the dewdrops are not photoshopped in, they are normally real flowers placed behind the dewdrops or more rarely pictures of something placed behind the dewdrops. The drops act as a wide angle lenses.” 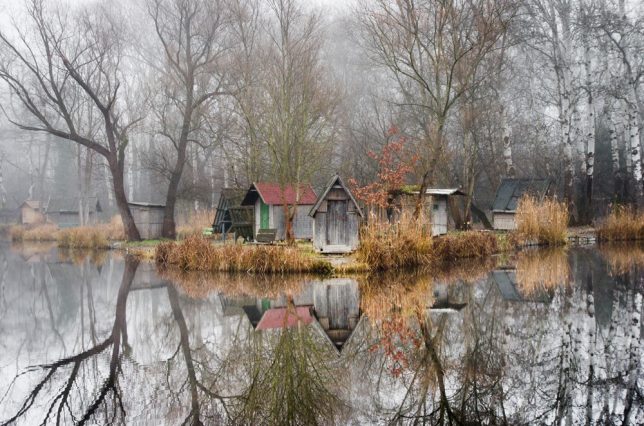 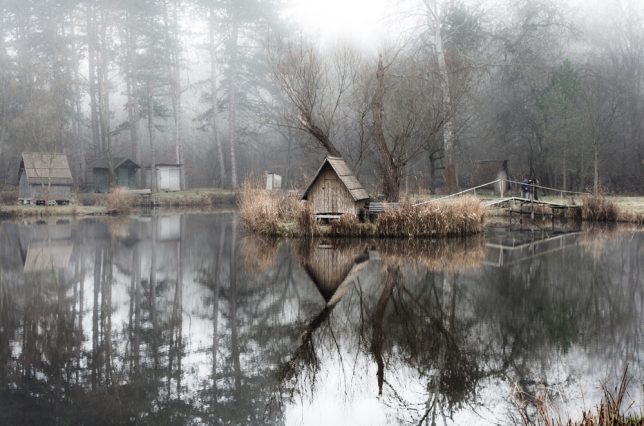 A perfectly still, mirror-like lake surface enabled photographer Viktor Egyed to capture this series of amazing symmetrical images after stumbling upon a small abandoned fishing village outside Budapest. The hazy fog helps give the photos a surreal atmosphere. 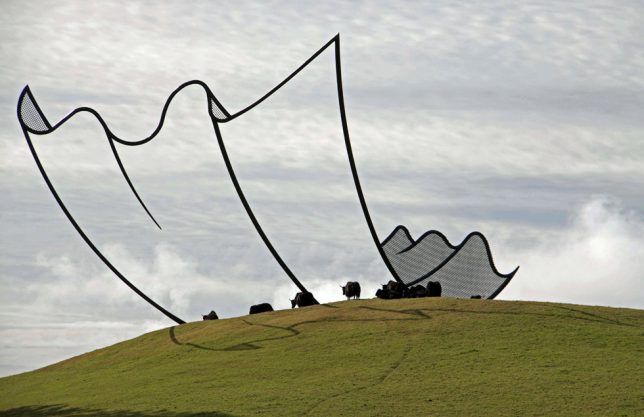 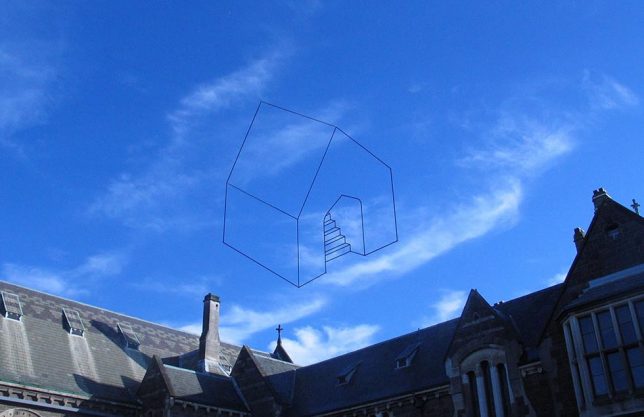 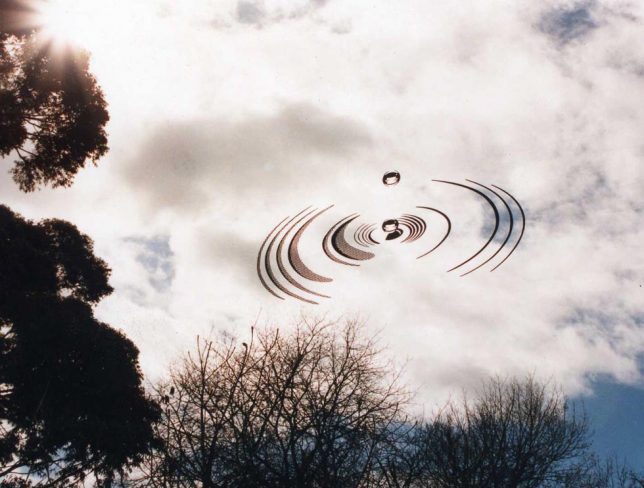 Sketches see to hover in the sky, as if drawn in marker on top of photographs. But what you’re seeing is, in fact, much larger than it appears. Neil Dawson creates large-scale sculptures using nothing but black lines for a sketchy appearance. ‘Horizons’ is a piece of paper lifting from the top of a hill in New Zealand, and ‘Ripples’ hung over the Waikato Museum of Art & History. ‘Echo,’ a tiny house, hovered over the Arts Centre in Christchurch. 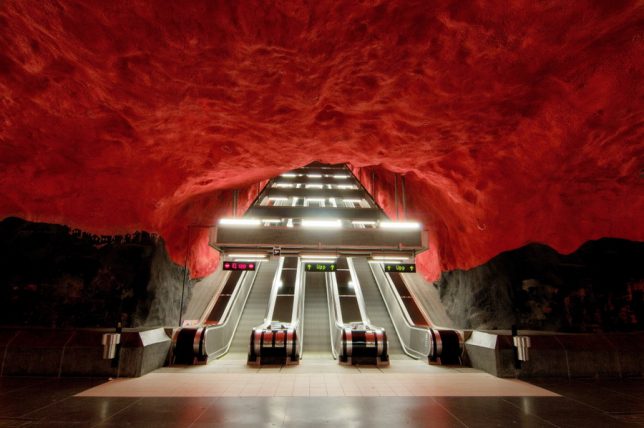 This set of escalators isn’t ascending into a fiery hellish dimension, unless you happen to really, really hate Stockholm in the summertime. Though it looks like a billowing red cloud overtaking a subterranean subway station in Sweden, it’s no more than bright red paint on the rocky natural surface of the walls and ceiling. The way it’s illuminated makes the effect all the more dramatic.