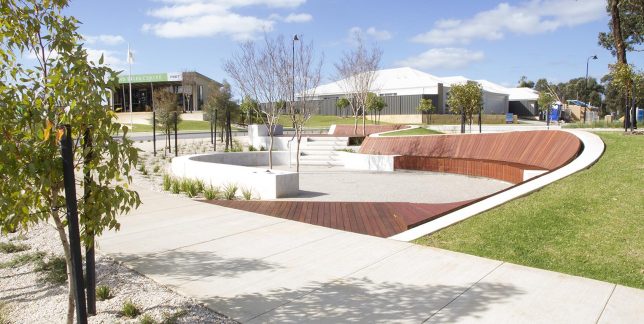 Place Laboratory integrated ‘Curved Seat,’ a dynamic flowing wood and concrete bench, into the transition space between grass and pavement at the Yanchep Golf Estate in Australia. 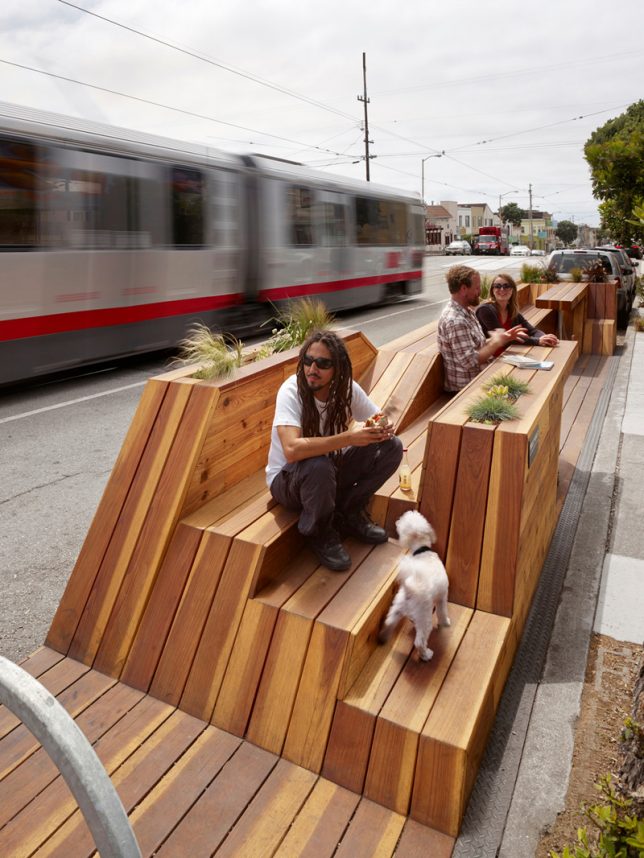 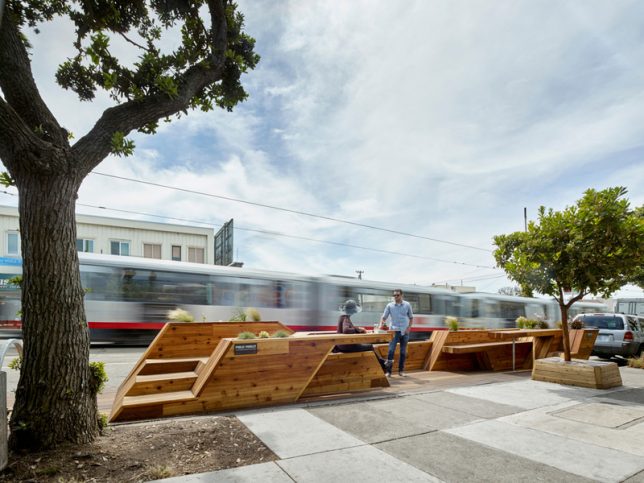 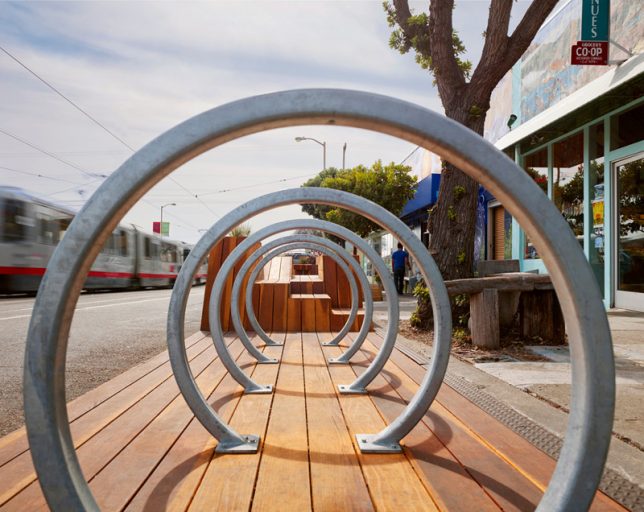 Set just outside a grocery store and cafe in San Francisco, The Sunset Parklet by INTERSTICE Architects reclaims 3-4 public parking spots and turns them into usable space for passersby and cafe patrons. Four strips running the length of the parklet offer various levels of seating, tables, planters, leash ties for dogs and a bike rack. 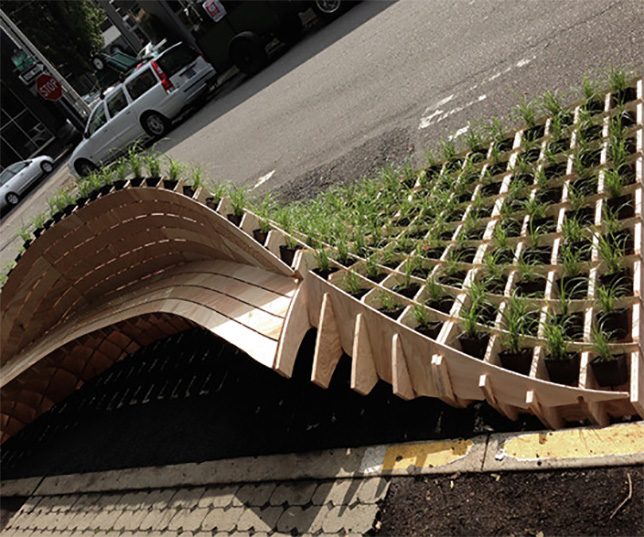 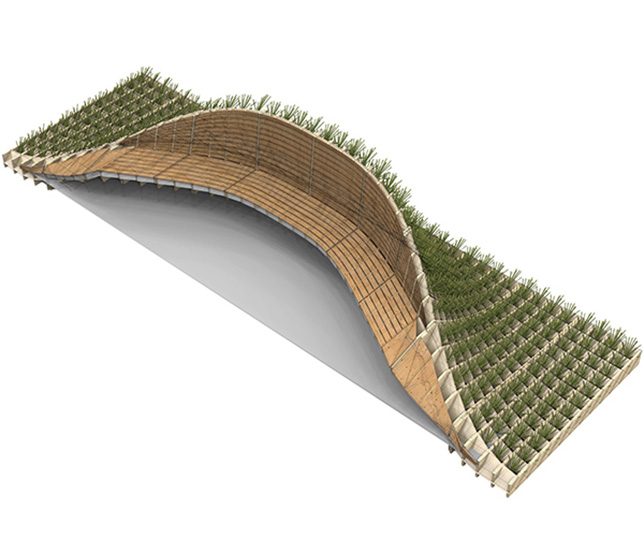 A wooden mesh of urban planters lifts up on one side like a rug to reveal a built-in bench facing the sidewalk. Lift Dis-Section is modular seating aimed at bringing nature into “the sterility of urban sprawl” while also providing a relaxation zone. 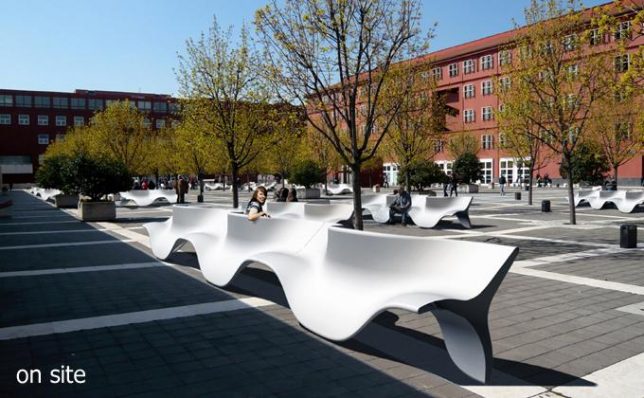 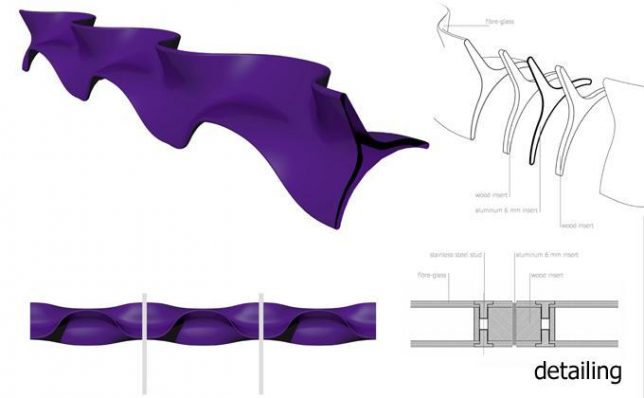 This wave of social seating called FUSILLO lets users sit on either side to facilitate conversation. Says designer Marco Goffi, “With everyone comfortably seated in his or her own ‘space’, there is interaction, encouragement of relationships: this is Fusillo’s intention, created by Marco Golf’s pencil around a section design. A three-pointed star, which with its simultaneous rotation and transferral movement generates the form, and the underlying support structure materializes. The ‘skin’ of a living species in perpetual movement, an organic and functional sign, an interpretation of the multiple seating which offers the possibility of becoming infinite by adding more Fusilli-Modules.”