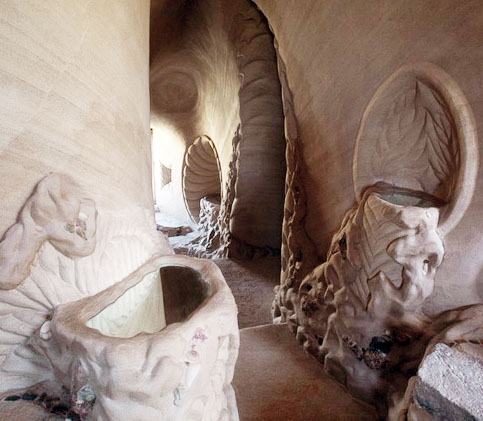 If you’ve always dreamed about having your very own network of cathedral-like hand-carved caves (who hasn’t?) you’re in luck – such a dreamscape can be yours for less than the average cost of a single-family home in San Francisco. Artist Ra Paulette has spent the last 25 years carving a network of 14 caves beneath the desert of Northern New Mexico with little more than a pick axe and a wheelbarrow, and one of the most impressive of them is now on the market. 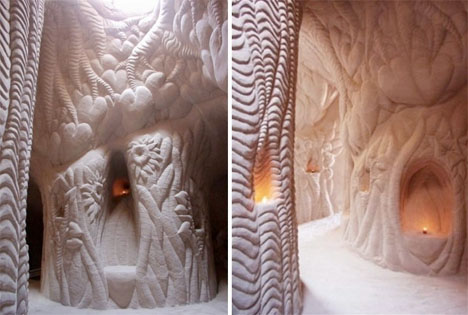 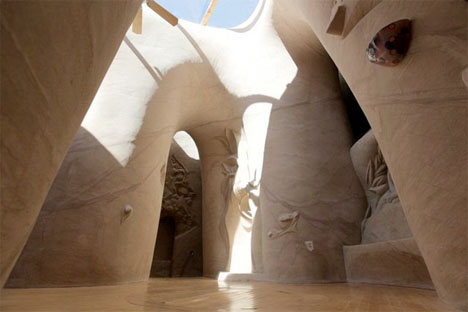 Paulette’s endeavors were the subject of a documentary called Cave Digger, directed by Jeffery Karoff and shortlisted for an Academy Award nomination. The carvings have been called the Eighth Wonder of the World, each one incredibly detailed with shell-like relief sculptures. Paulette was commissioned to create the caves by private property owners near Taos. Unfortunately, creative differences between the sculptor and the patrons have prevented most of them from being entirely finished. 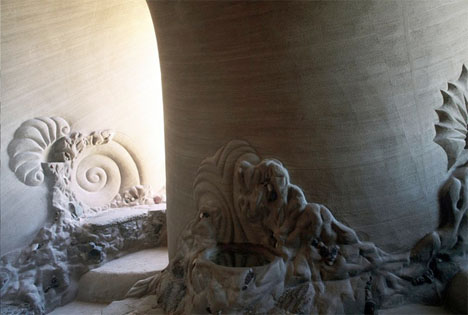 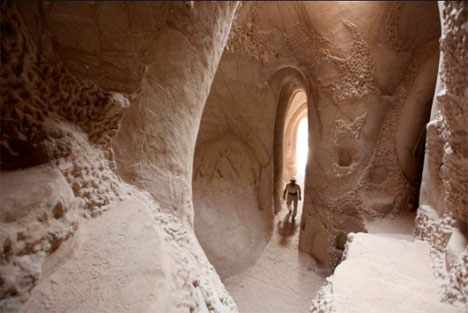 Until now, Paulette’s work has gone largely unrecognized. But ‘Tree of Human Kindness,’ a whopping 208-acre cave, has been listed by Sante Fe Properties for $995,000, with subdivided lots available for just $49,000 each. Underground power and telephone is available at the lot line. The caves have previously been used for meditation and concerts.