Map of Manhattan Made From Handwritten Directions 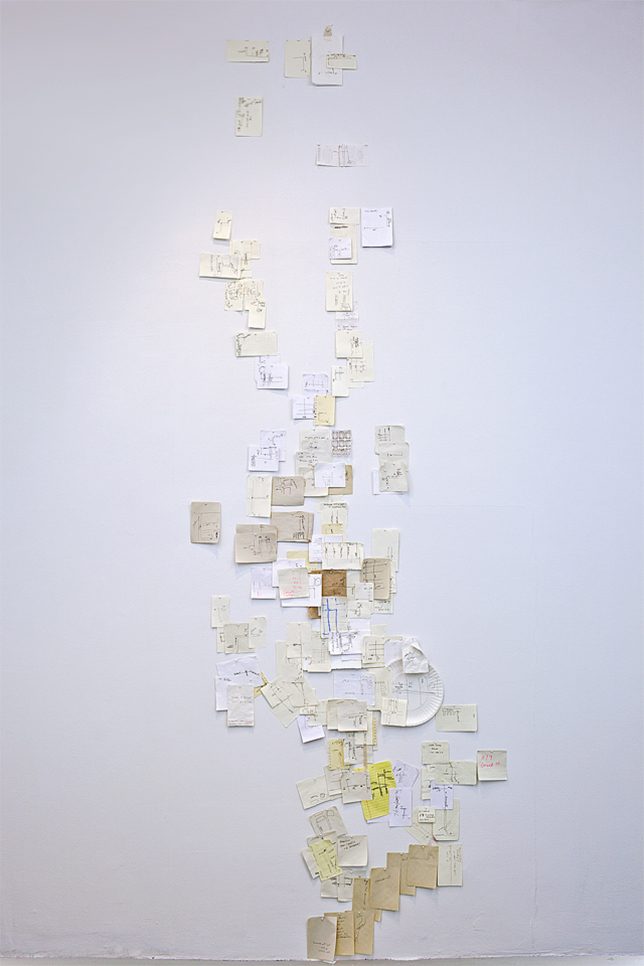 New York-based conceptual artist Nobutaka Aozaki asked strangers to hand-write directions to specific places around Manhattan, and then used them to create a loose, physically crowd-sourced map of the city. The final result is less a practical way to get around than it is a visual diary of the artist’s interactions with people each day. 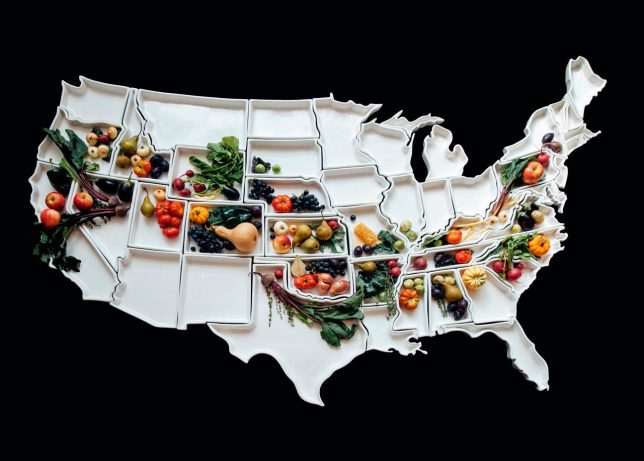 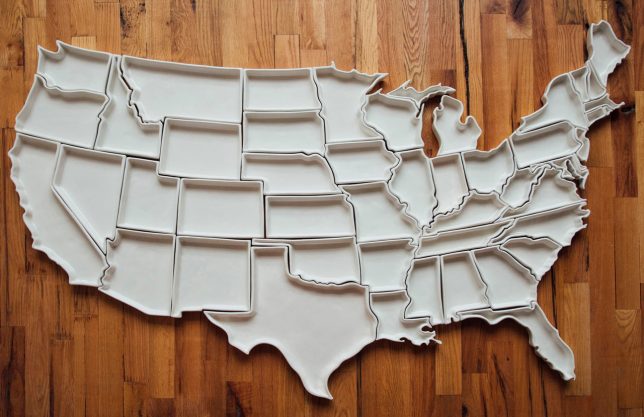 Paying homage to the farmers and other workers who keep the gears turning all over the United States, the hand-crafted Fifty United Plates Map by Corbé spans 7 x 4 feet and is rendered in porcelain. 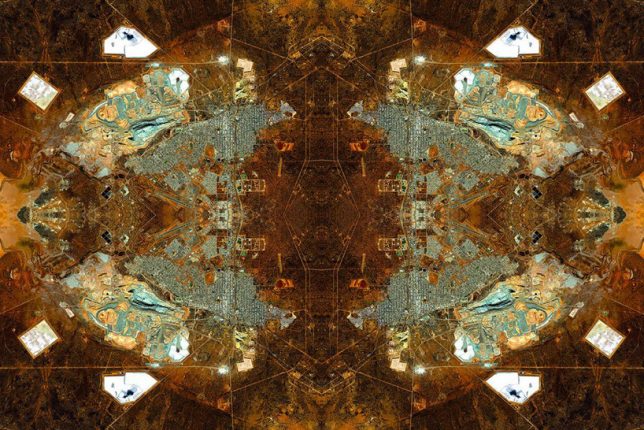 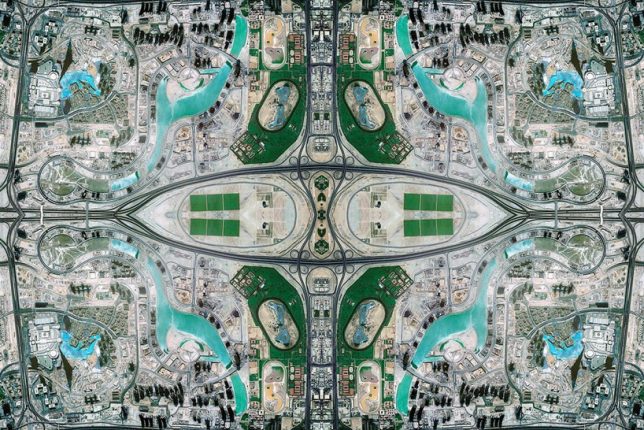 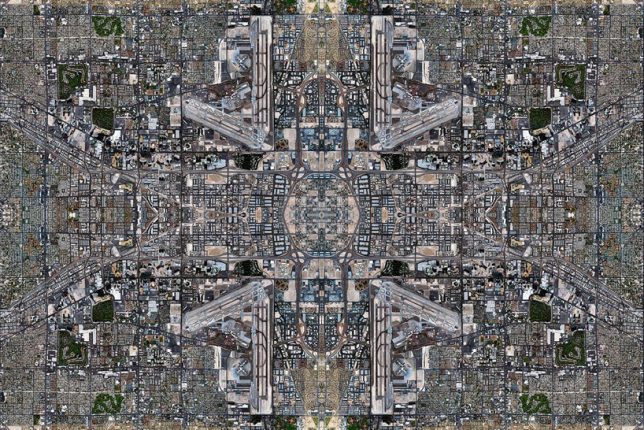 It’s too bad these mirrored images taken from Google Maps are just visually similar to traditional Persian rugs, and not translated into actual physical objects, because they would make for some pretty amazing decor. The series ‘Anthropocene’ by David Thomas Smith draws upon the motifs and patterns seen in rugs for centuries to direct the ways in which aerial images are flipped. Says thea artist, “The plethora of seemingly insignificant coded pieces of information are sewn together like knots in a rug to reveal a grander spectacle – creating a collision between the old and the new, fact and fiction, surveillance and invisibility, contrasting the global order of things.” 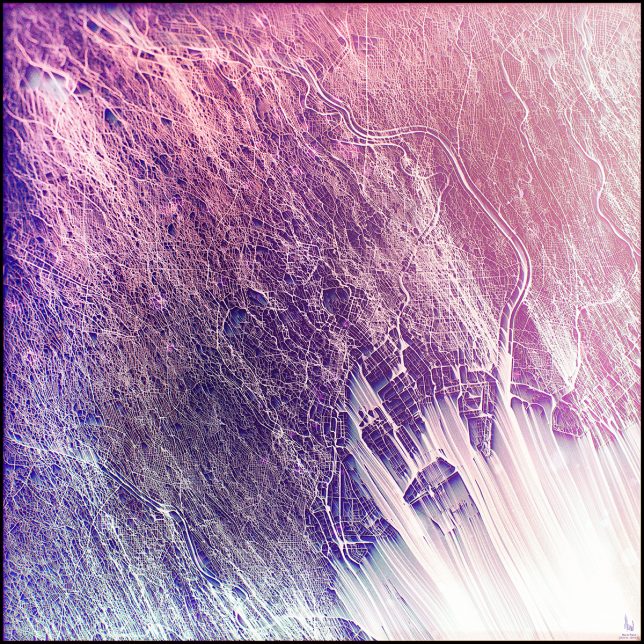 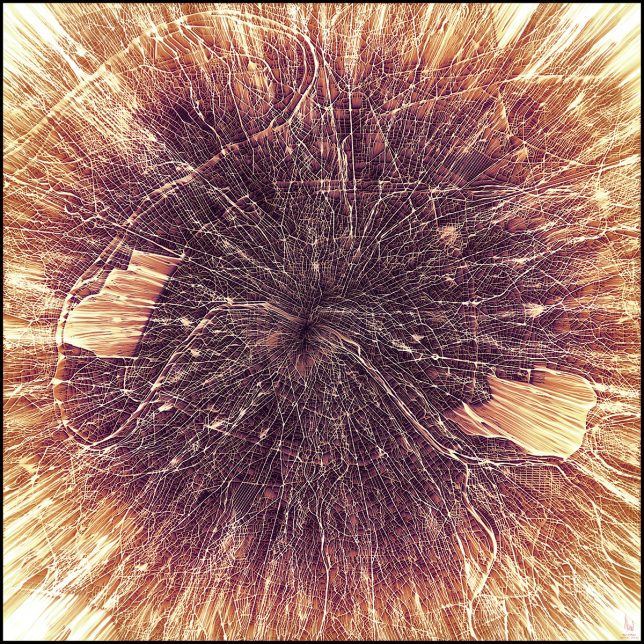 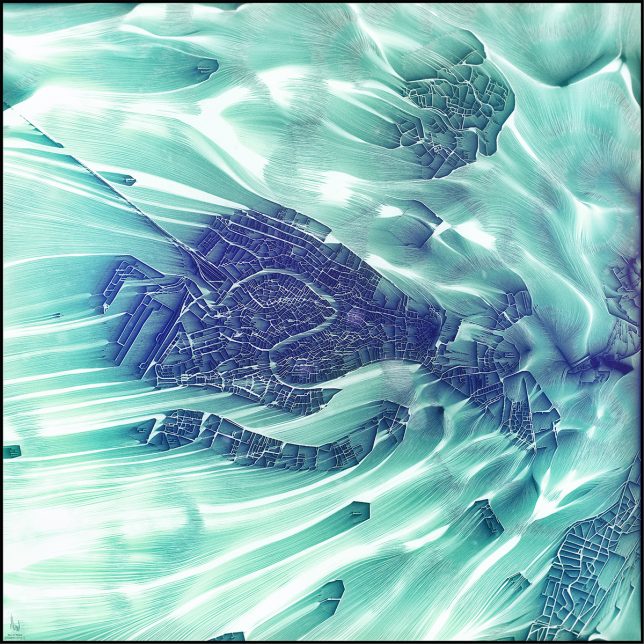 Streets seen from above on a topographic map have their ends stretched out into trailing streams, denoting the many unseen ways in which cities have an impact upon their surrounding environments. Designer and illustrator Istvan intends for the work to be more symbolic than scientific, prompting us to think about how our actions and habits can affect other things in ways we don’t expect.