Nude human bodies seem to melt into their surroundings, expertly hand-painted to match their environments in an artistic form of urban camouflage. Artist Trina Merry dodges traffic, police, pedestrians and inclement weather to capture photographs of her subjects against such backdrops as the Florence skyline, the Washington Monument, the Brooklyn Bridge and Westminster Abbey. 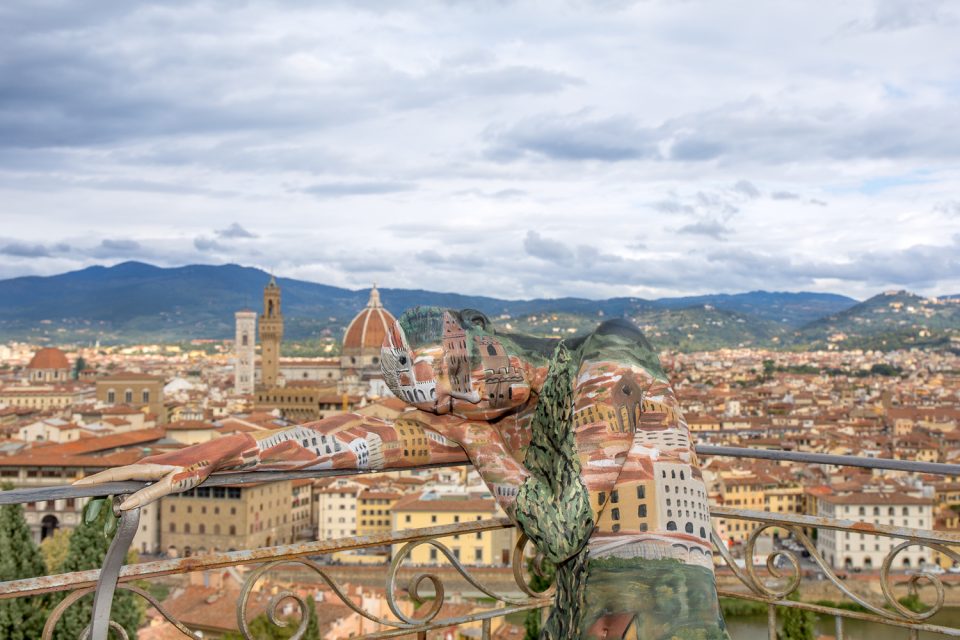 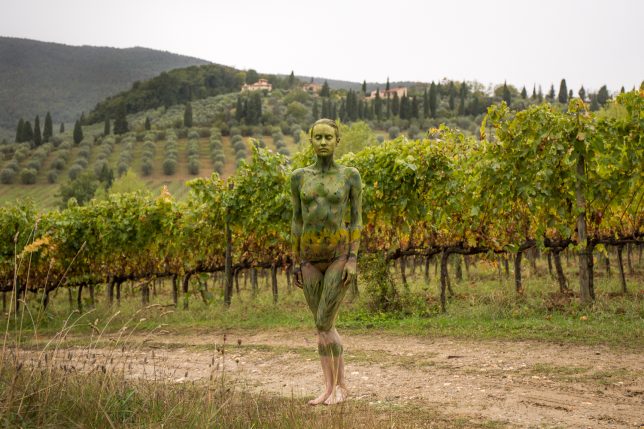 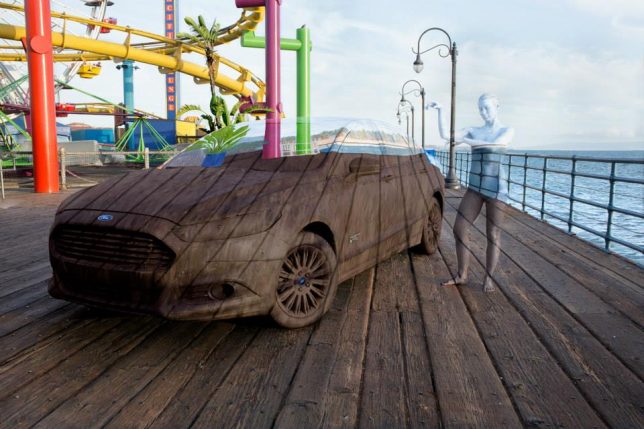 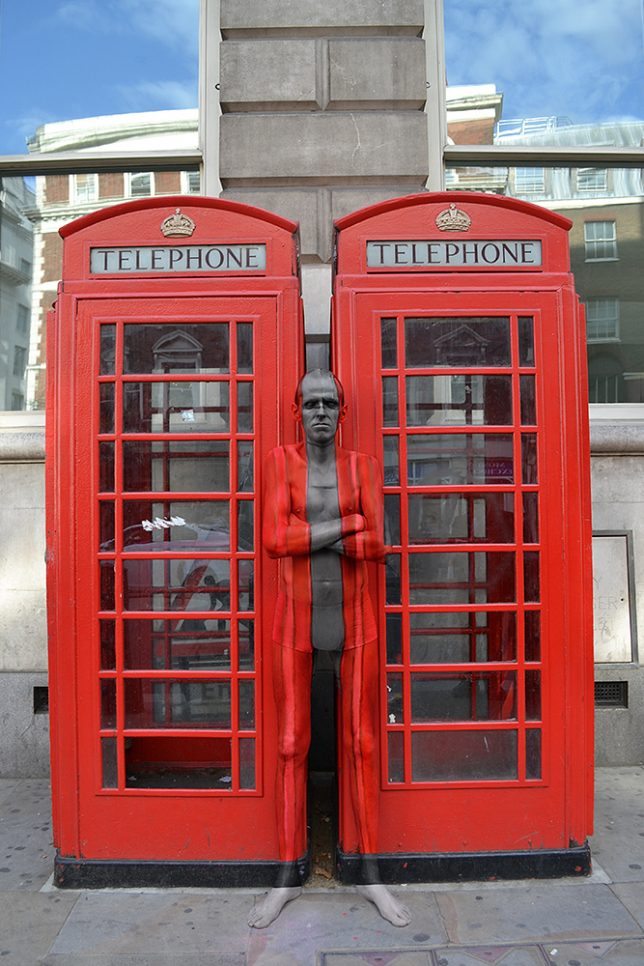 Typically working guerrilla-style without the permission of authorities in most cases, Merry selects locations that can make a big visual impact and then paints her models in place. Getting all those angles right is no small challenge – the human body is three-dimensional, after all, and nobody can stand perfectly still for very long. But somehow, it all comes together in the final images of Merry’s work. 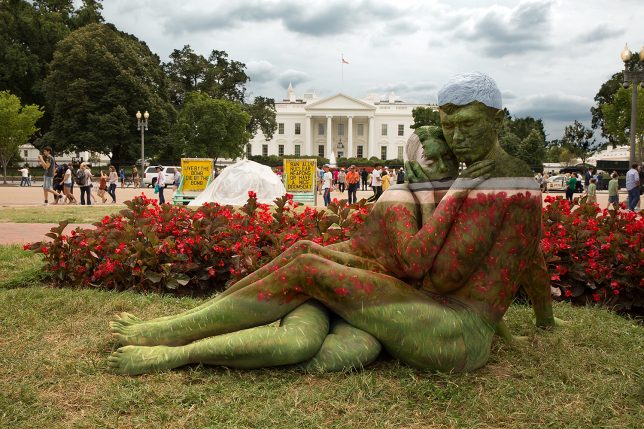 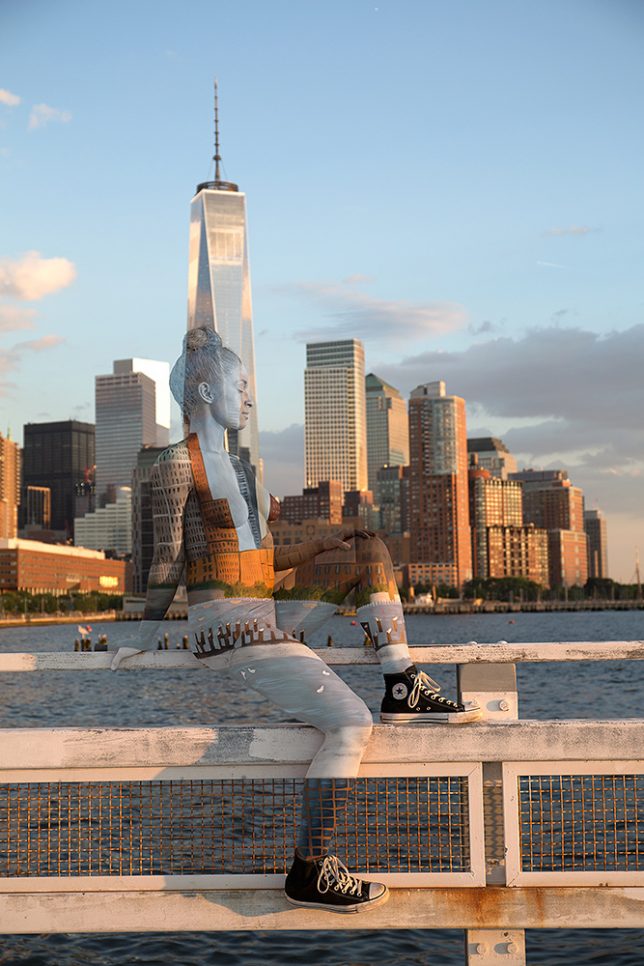 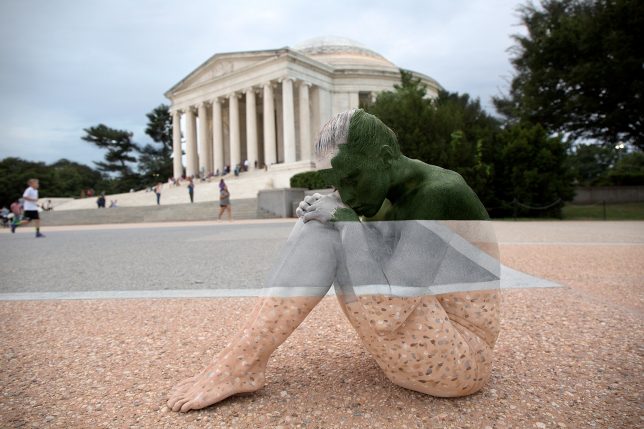 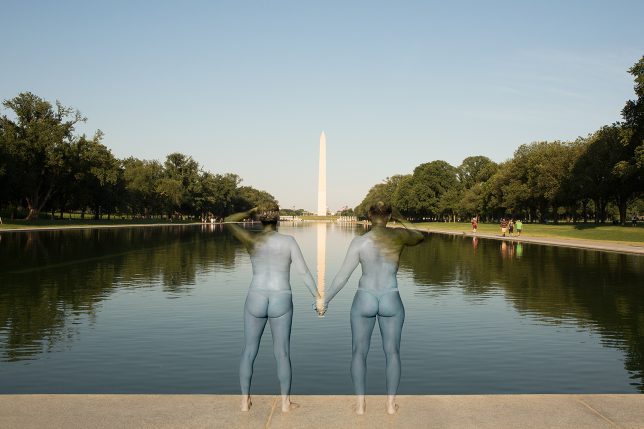 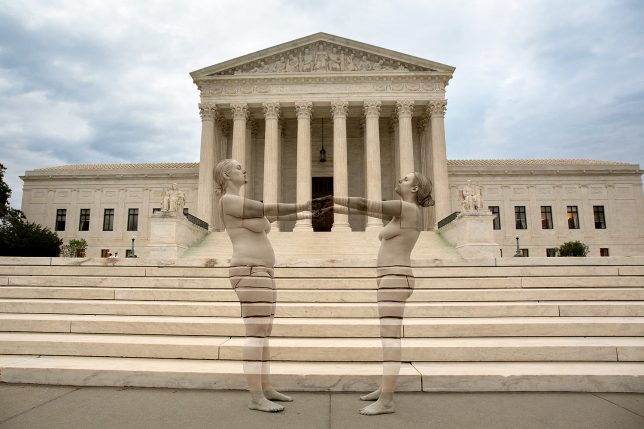 For her latest series, ‘Sweet Land of Liberty,’ Merry poses subjects in front of iconic patriotic landmarks like the White House and the Lincoln Memorial, asking her audience to think about what we have to be grateful for. Previous projects have been set in cities around the world, along with natural cliffs and meadows of Ireland and studio shoots. Many scenes are made even more complicated by the use of several models, contorted to create specific shapes. Some incorporate larger objects, like entire cars, as in a commission for Ford. 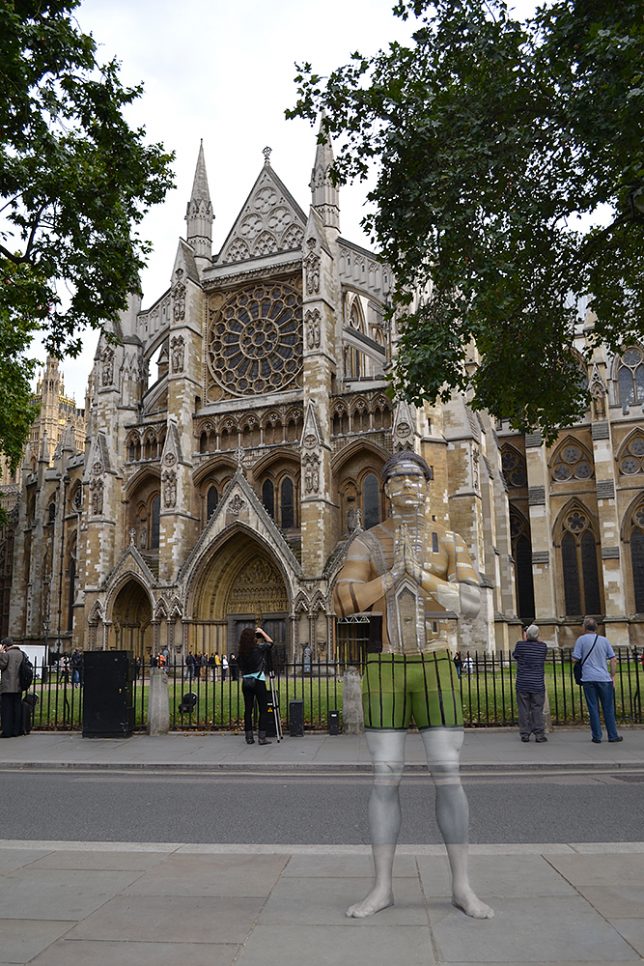 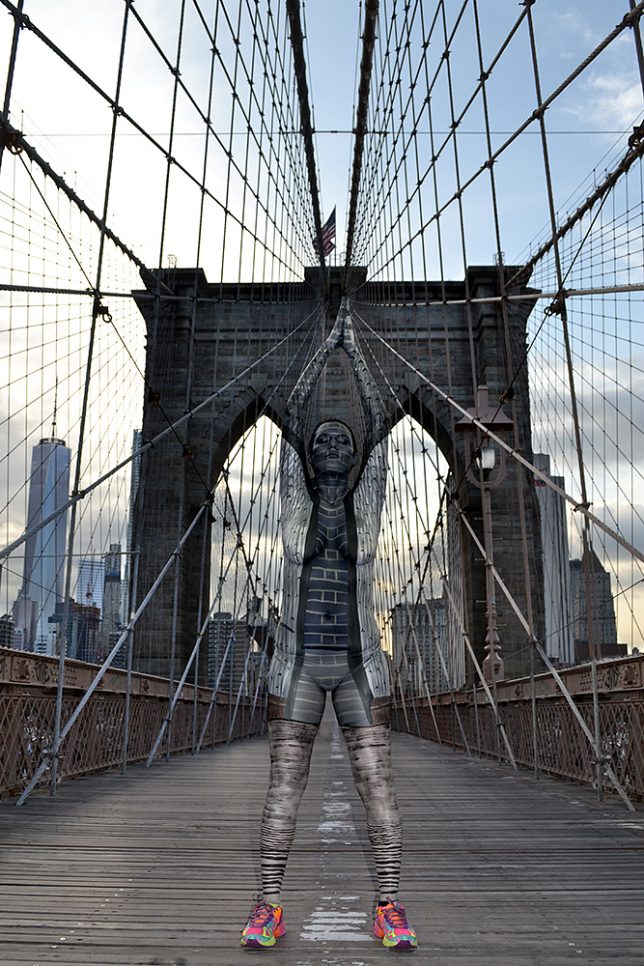 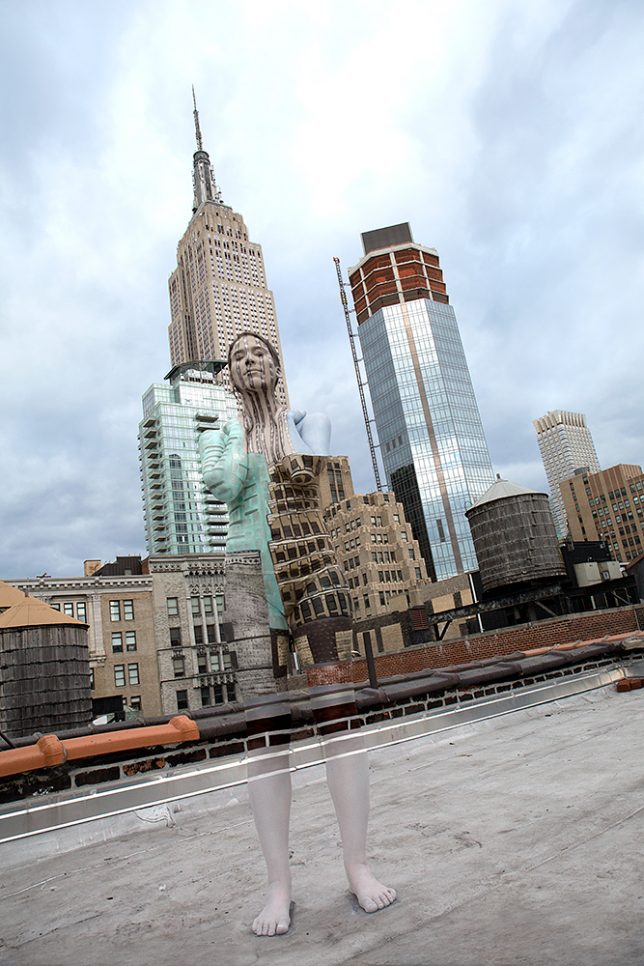 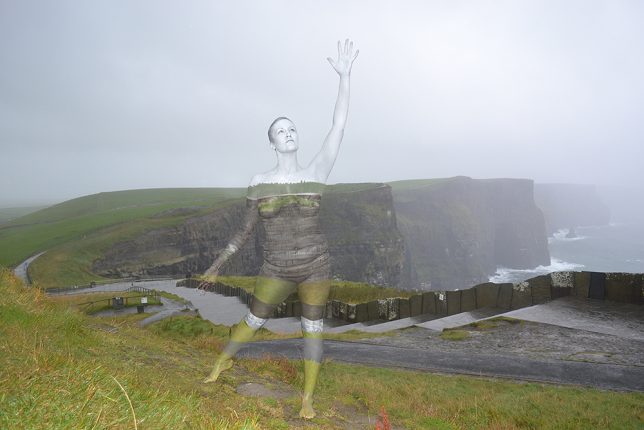 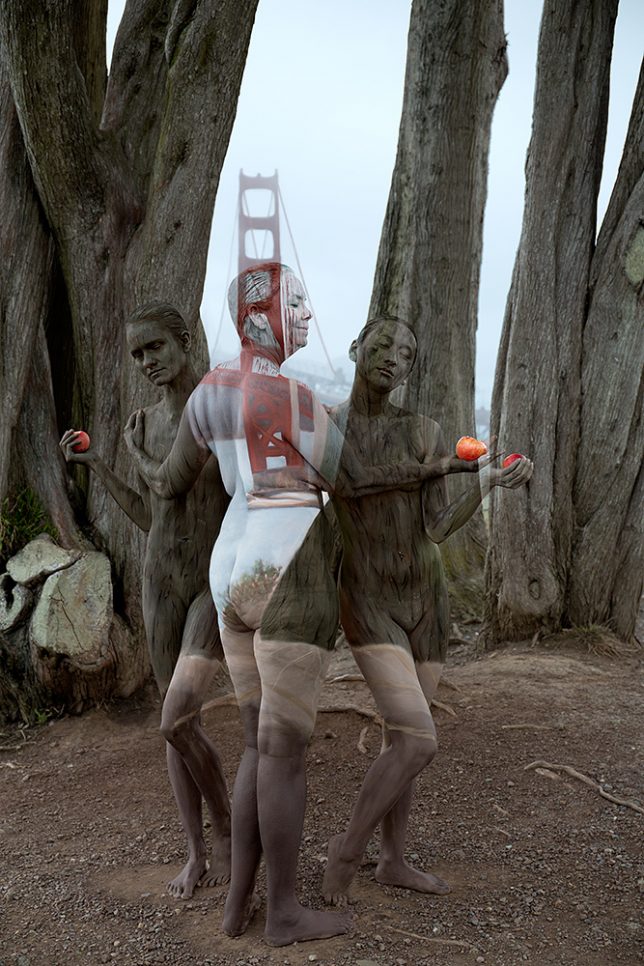 “Body paint is an ancient art form and the use of ochre on the skin dates back 425,000 years and has a deeper part in all of our cultures than people tend to realize,” says Merry. “Painting on the body is a distinctly human experience; it creates a special connection to a person that other visual art forms have trouble accomplishing. This work has a heartbeat and a breath – it is dynamically alive. The ephemeral nature of body paint forces focus and reflects on the reality of existence, which is an incredible thought that I find myself reflecting on frequently while working.”