Who needs a garage when your autonomous vehicle could simply pull up into a port inside your home and seamlessly integrate itself with the interior? Hyundai wants to give us all another reason to spend hours inside our cars by effectively turning them into furniture when they’re not in use. Its ‘Mobility Vision’ concept, unveiled at this year’s CES (Consumer Electronics Show) in Las Vegas, blurs the lines between architecture and automobiles more than ever. 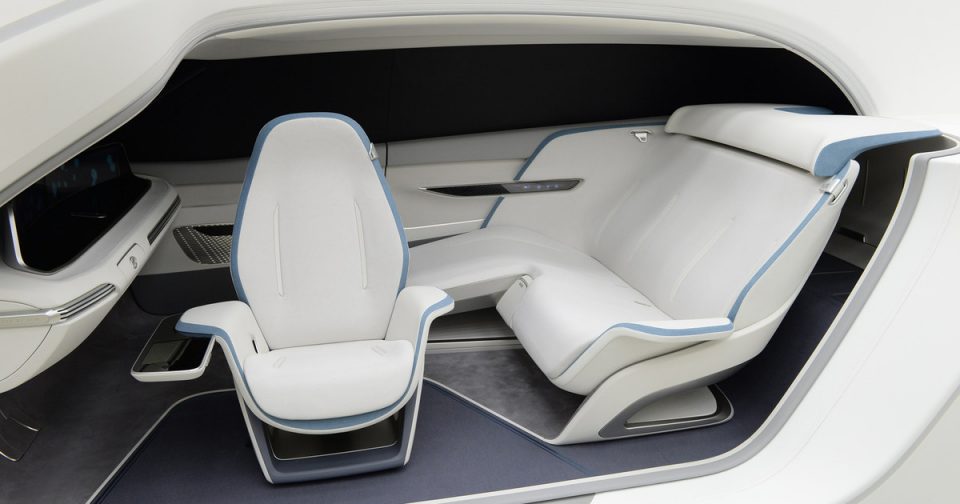 The driverless car essentially plugs into the house when you’re done with a trip, and then the driver’s seat, which is mounted on a pivoting arm, can slide right into the living space for use as a chair. The idea is never having to stop what you’re doing and metaphorically shift gears between travel time and home time; stuff you leave in the car is easily accessible, babies can continue sleeping in their carseats, and there’s no fumbling for keys. 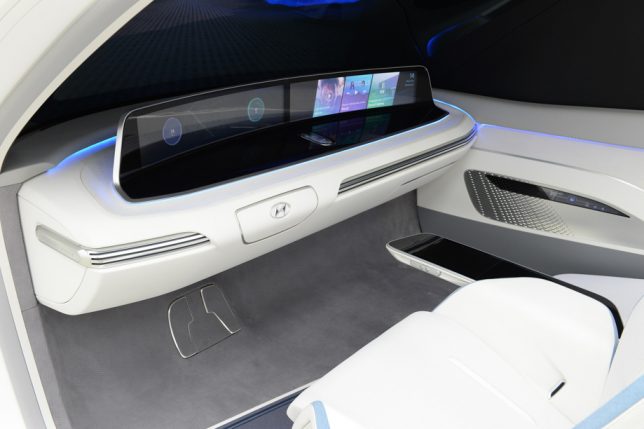 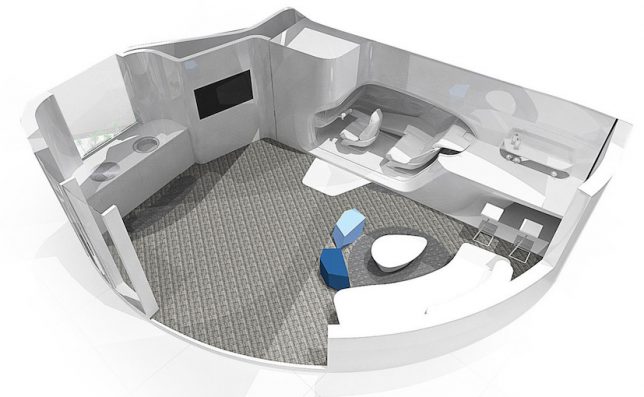 A single door, almost the height and width of the entire car, opens upward to delineate the space between the car’s interior and the living room. You can even run the car’s heat or air conditioning to adjust the temperature of your house, and use the car stereo to play music at home. Perhaps the most important detail: the car is powered by a hydrogen fuel cell, so it’s quiet, and there’s no danger of breathing unhealthy fumes. 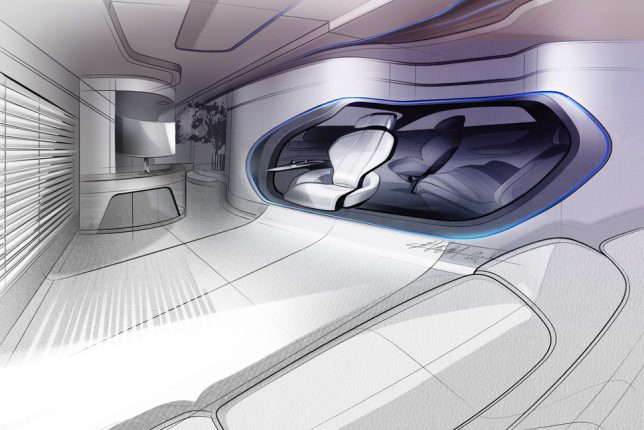 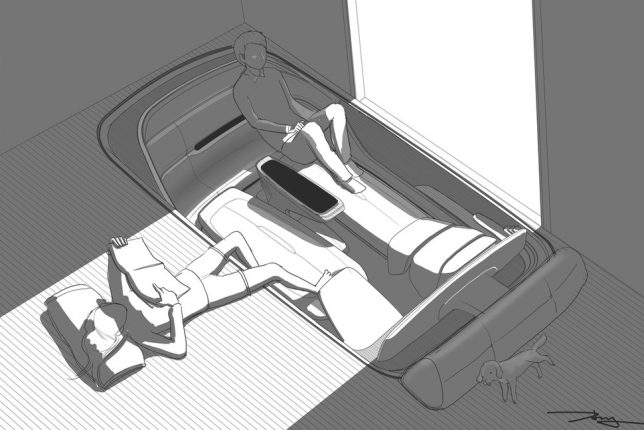 It’s just a concept, and not likely to become a reality anytime soon – but could it be a glimpse into what mobility will look like in the not-so-distant future? It seems entirely possible, but it’s not clear how many people want to just sit around in their cars for no reason when there’s probably a perfectly good couch just a few feet away.