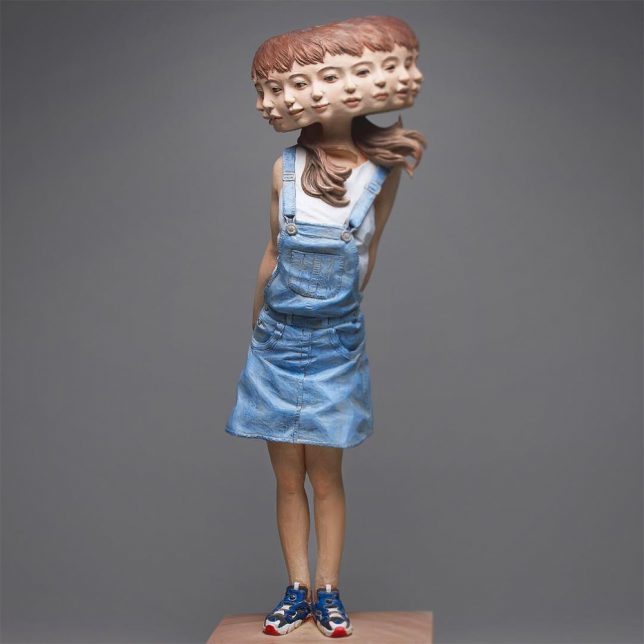 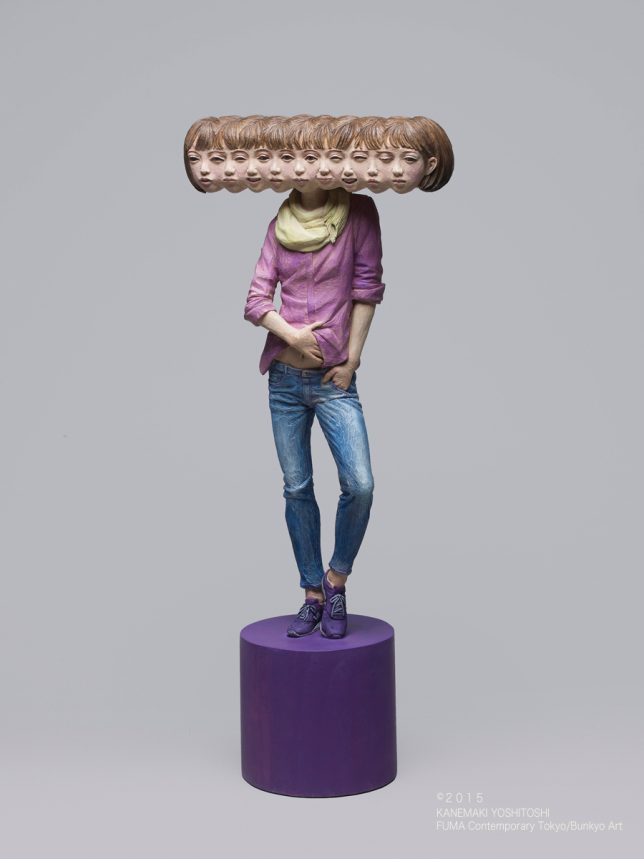 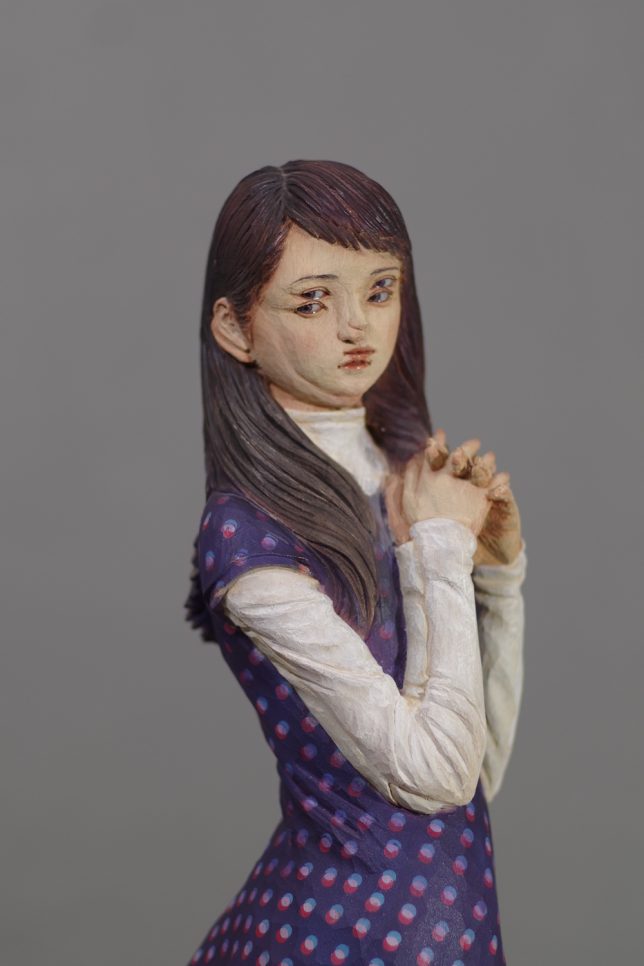 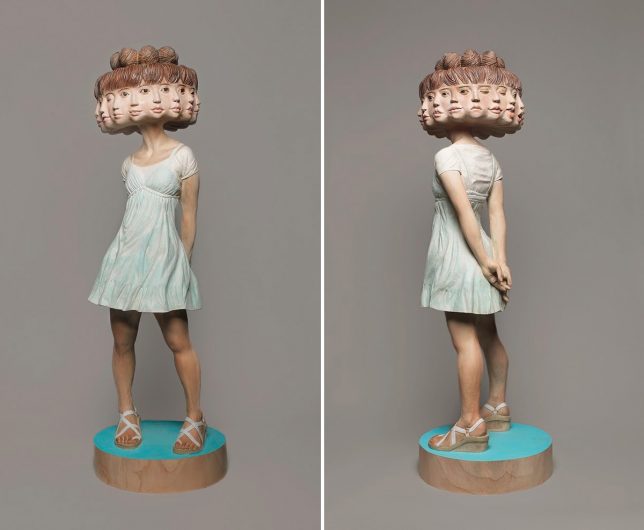 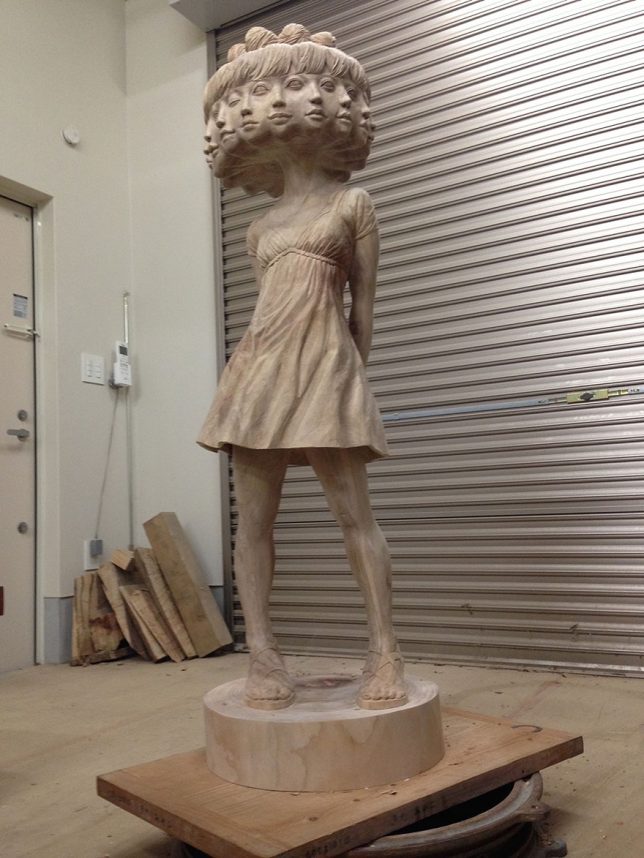 There’s something more than a little bit off about each one of these figures of young girls, sculpted of wood by Yoshitoshi Kanemaki. Some are stretched and contorted in unnatural ways, while others have multiple faces. While some are crafted in miniature scale, others are actually life-sized. “There are traditional techniques cultivated from old times in Japan where Japanese have been living,” he says. “I have learned and always applied them for the basis of production of my work. I am pouring ‘time’ and ‘questions’ into fundamental wooden techniques so that I can create works.” 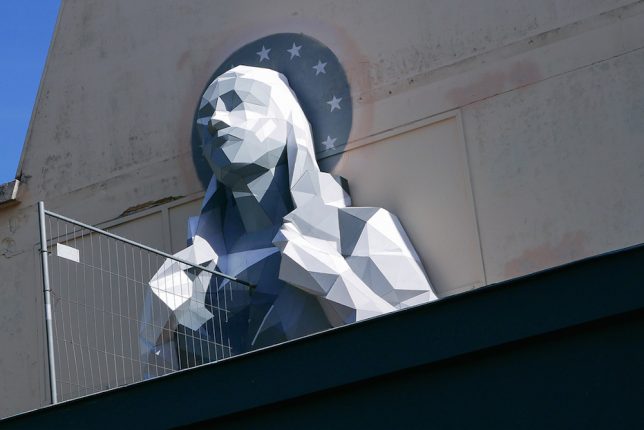 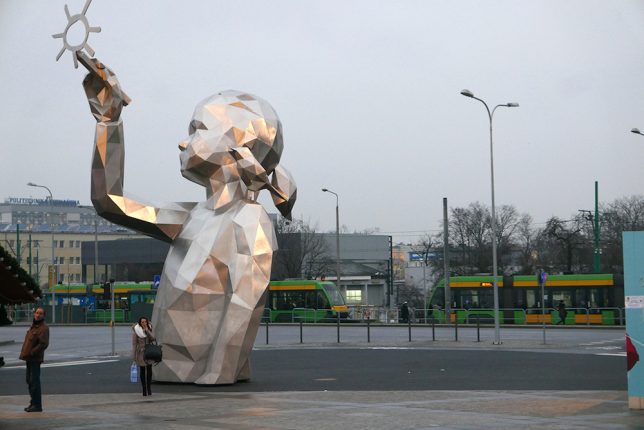 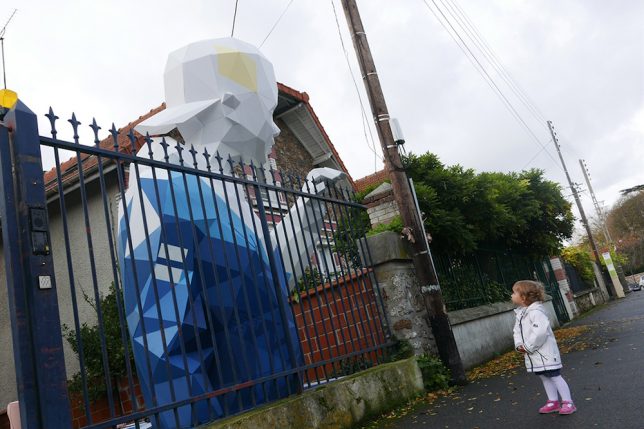 Faceted geometric figures loom over sidewalks, lawns and plazas in this stunning series by street artist David Mesguich. The largest one, depicting a little girl drawing a sun in mid-air, is a portrait of his four-year-old daughter. Another, depicting Europe in female form as ‘Santa Europa’ to “represent Europe and its contradictions facing the drama of families who try to reach her everyday risking their lives,” was left on a rooftop in Toulouse, France. 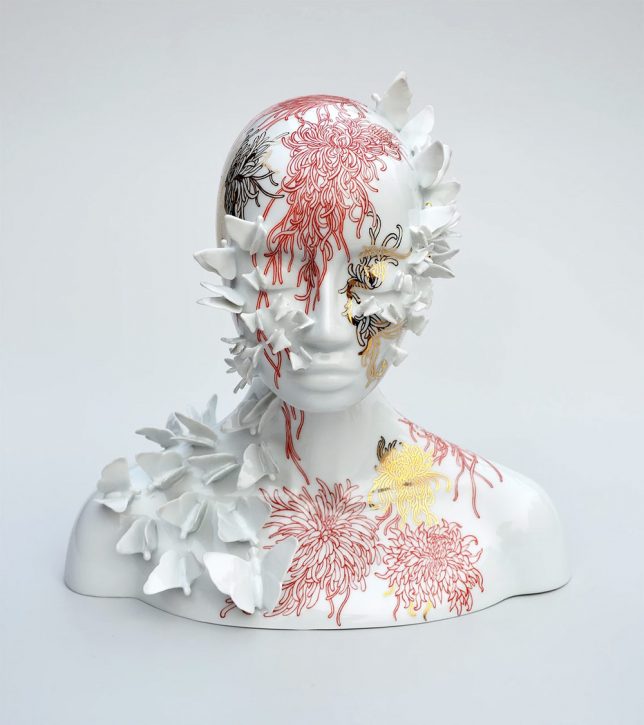 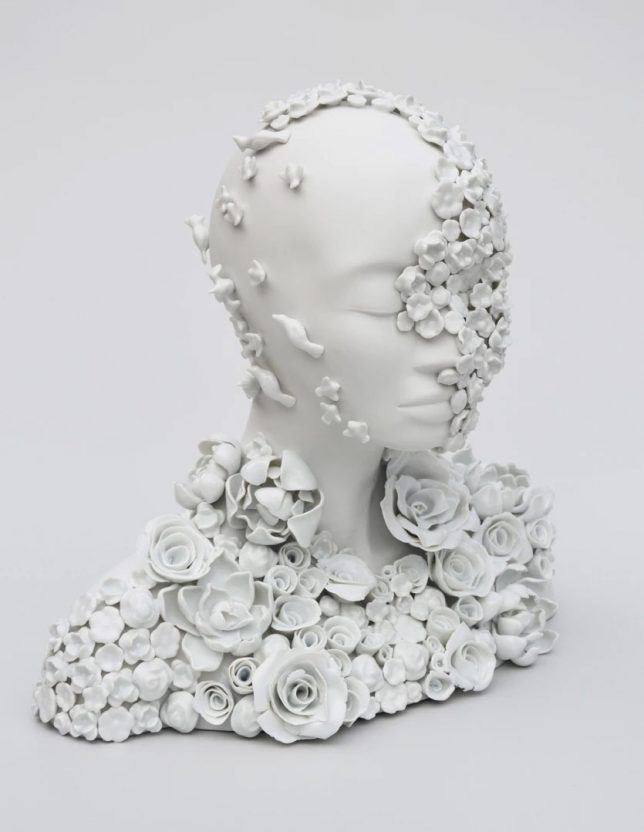 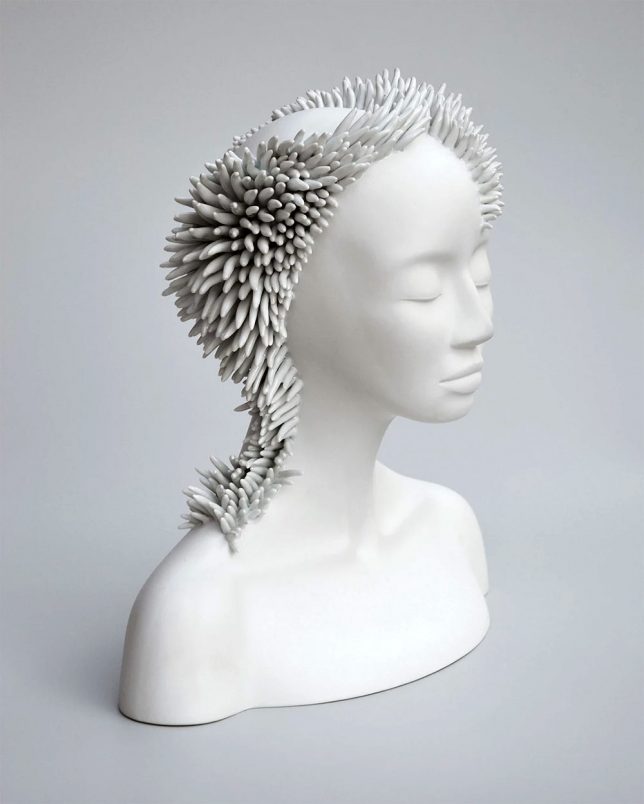 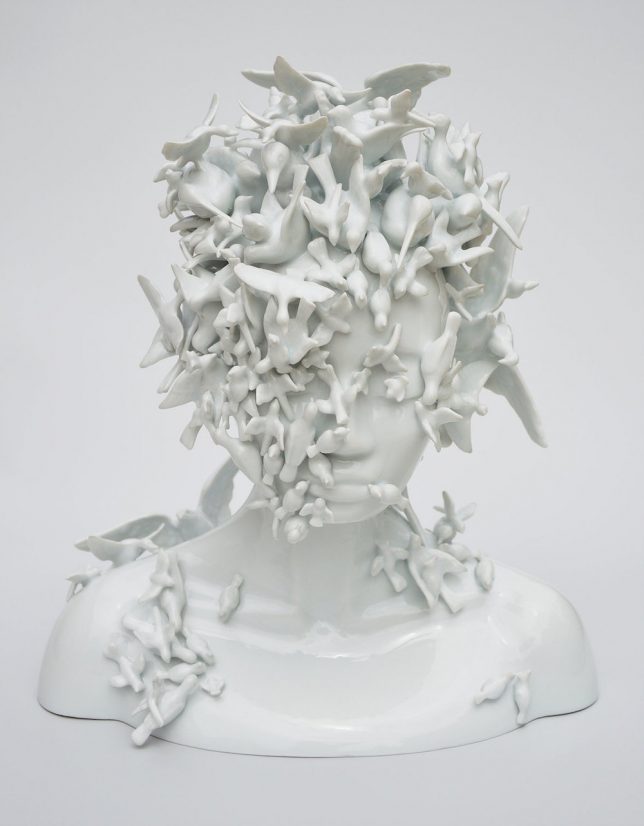 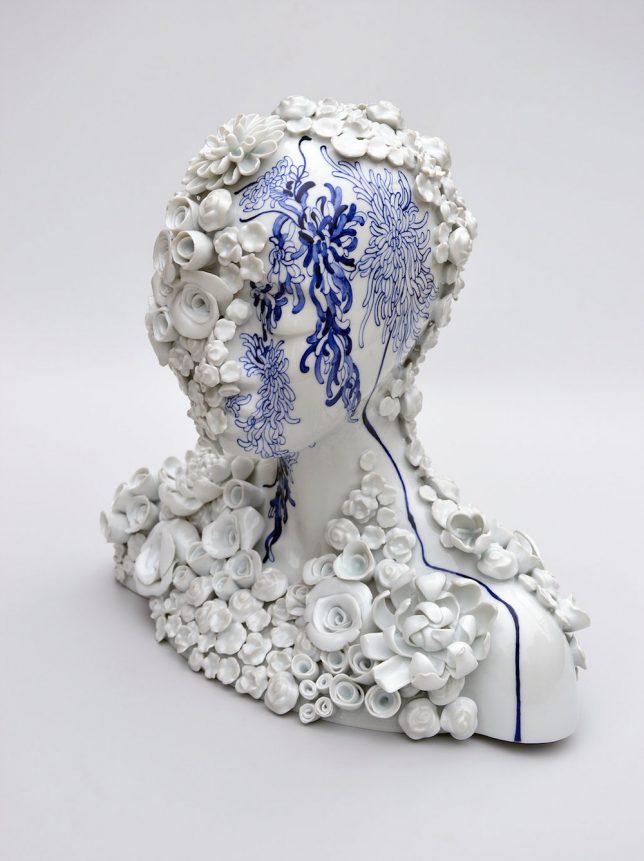 Butterflies, quills, flowers and other three-dimensional elements adorn the busts of human figures in beautiful hand-painted porcelain statues by French artist Juliette Clovis – sometimes enhancing them, sometimes taking them over altogether. According to her artist statement, these works explore “the links between human and nature, the opposition between life and death and the dialogue between tradition and modernity.” 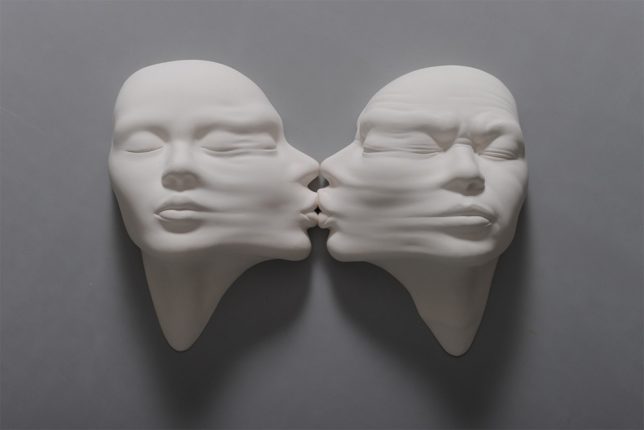 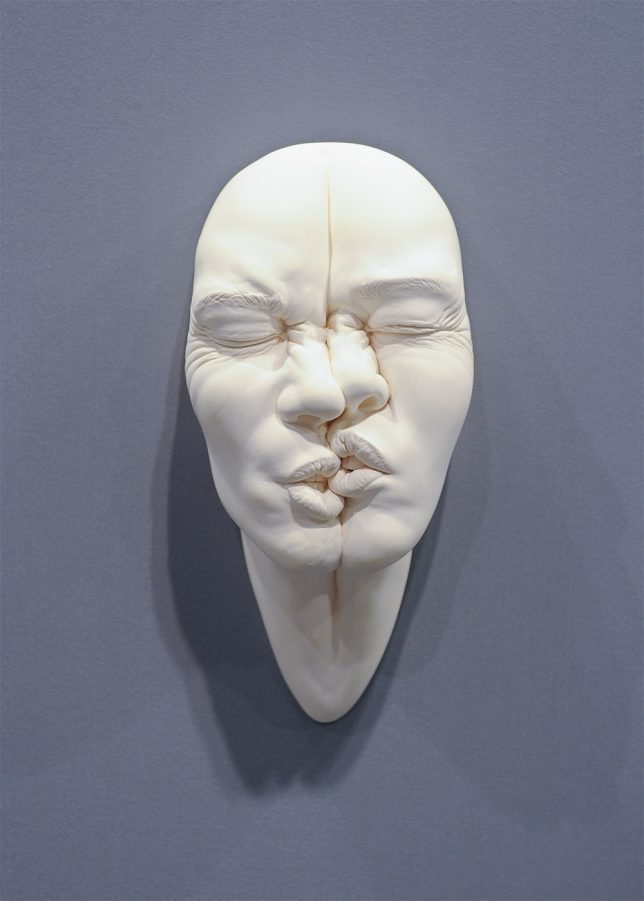 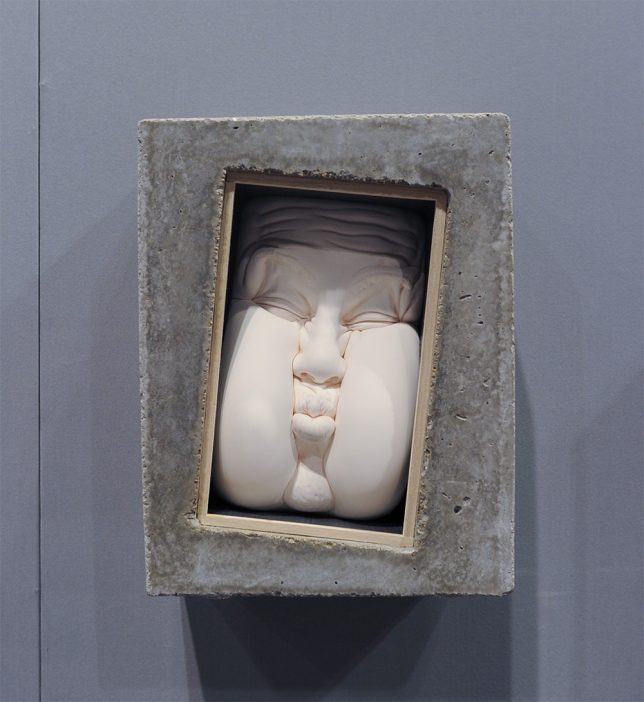 Human faces are stretched, squeezed, folded, doubled, smashed and otherwise contorted in a series of porcelain sculptures by Johnson Tsang that’s almost painful to look at. 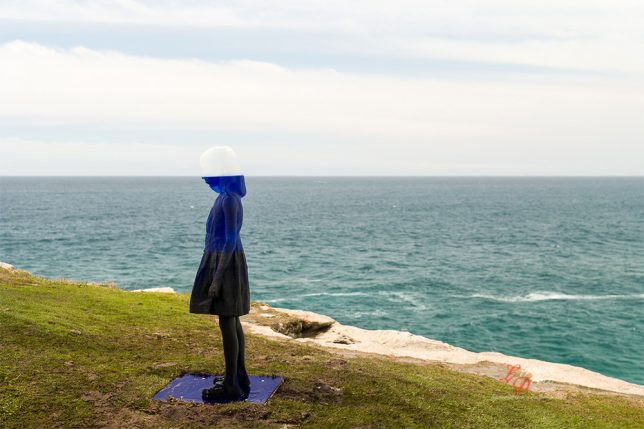 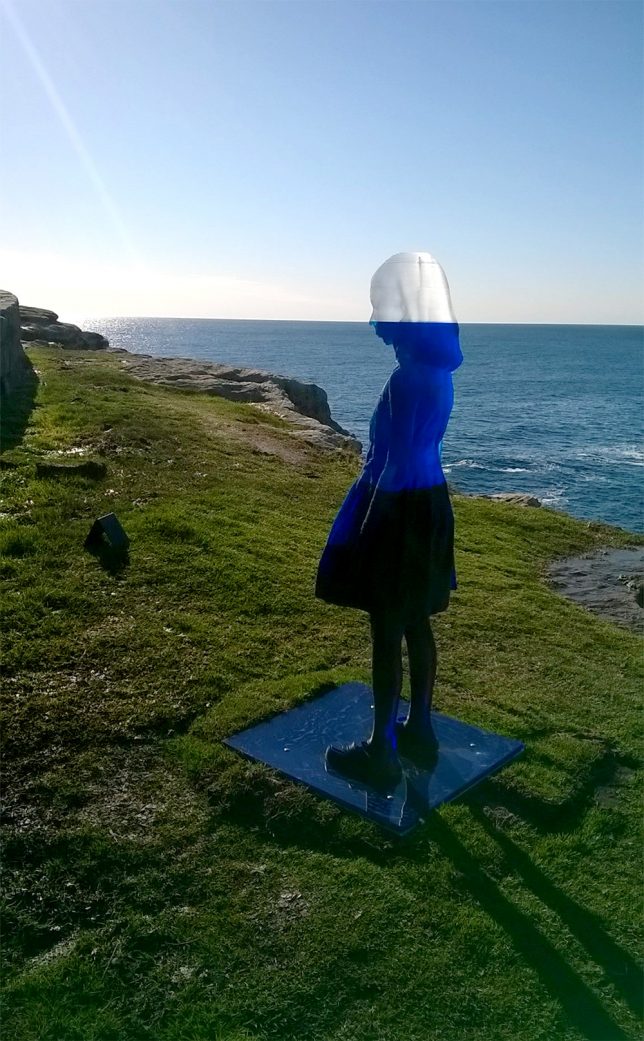 If you stand in just the right place to view it, Allessandra Rossi’s ‘Untitled (coral)’ sculpture seems to become part of the sea and sky behind it. The translucent figurative sculpture of a young girl standing on a cliff by the ocean mimics the phenomenon of coral bleaching, when too-warm water causes coral to expel algae and turn white. The piece works “as a metaphor for the patination and discoloration of emotion engendered by the digital era.”