What would Pablo Picasso think if he saw that another artist had transformed his two-dimensional Cubist works of art into three-dimensional form? While the MIMIC series by Omar Aqil was created digitally and doesn’t exist as physical objects, it’s easy to imagine each piece as a sculpture you can walk around and examine from all angles, and it certainly offers an interesting perspective on the originals. 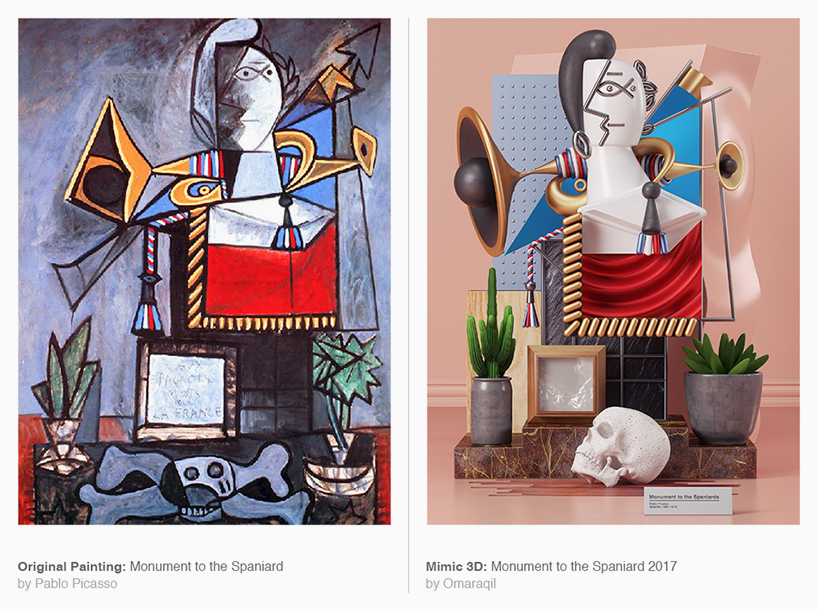 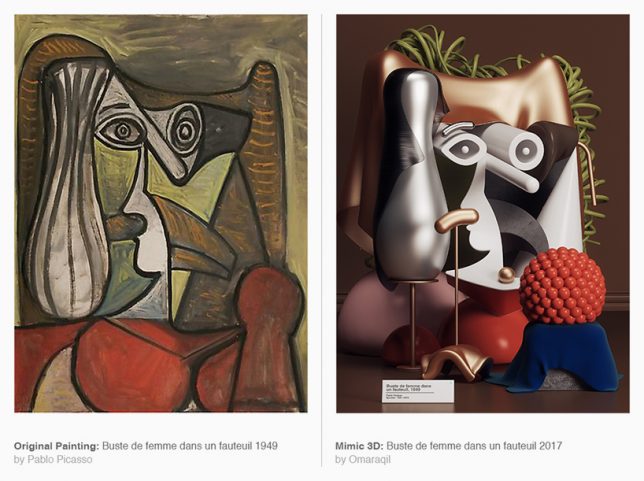 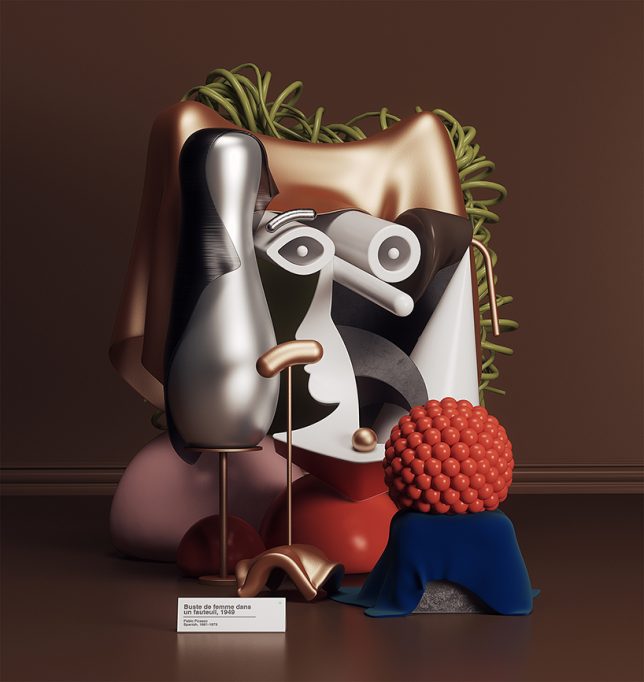 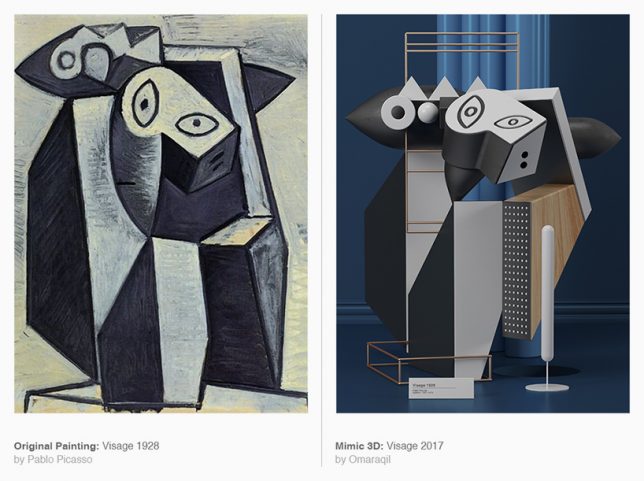 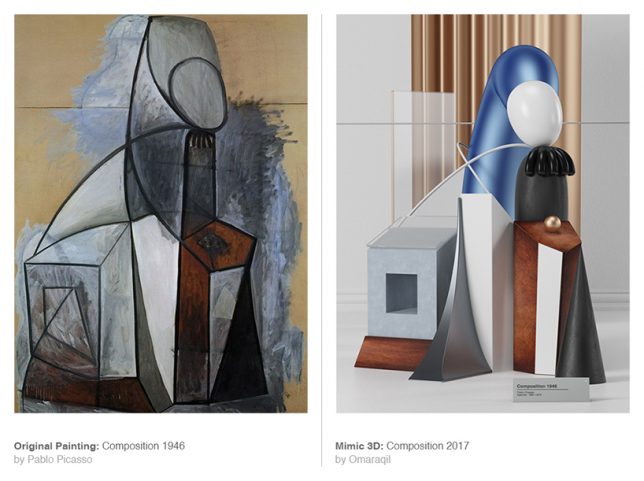 “MIMIC is a series of new visual experiments using art from the past,” says the Pakistan-based artist. “In this project I have randomly picked 6 paintings from the Pablo Picasso’s (one of the greatest and most influential artists of the 20th century) work and recreate them into modern 3D visuals. In this visual mimicry I have shown, how the skill responds when it come across the complexity of someone’s thought and how the meanings of the shapes and forms have been changed and create new physical realities. It’s propose to give a new implication of Picasso’s artworks with a series of hyper-realistic visuals.” 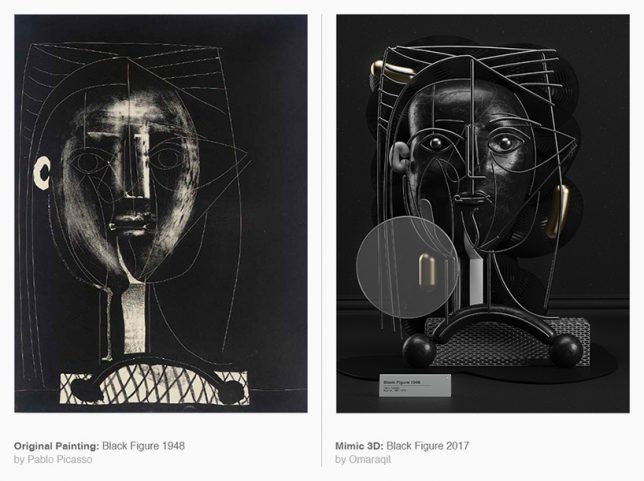 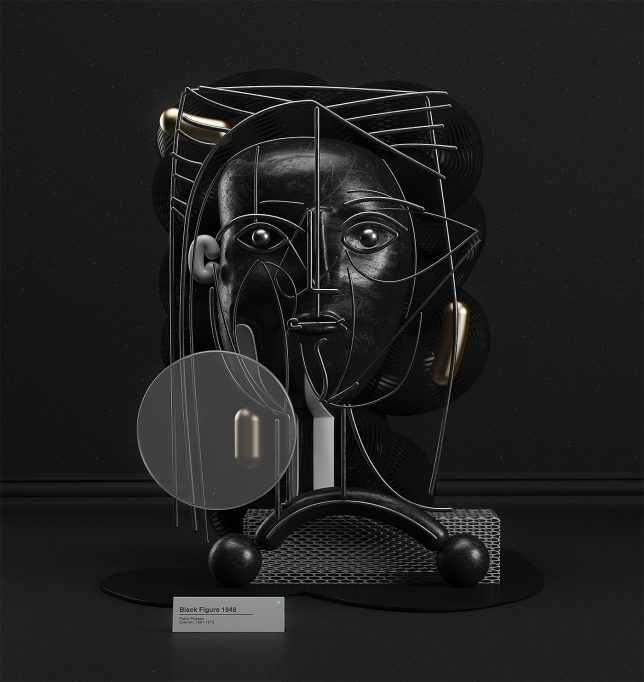 The choice of ‘materials’ used in the renderings is interesting in and of itself; while some might have given them textures and finishes resembling more classic sculptural materials like stone, Aquil’s sculptural visions seem to be made of plastic, as if they could be sold as tchotchkes in museum shops.