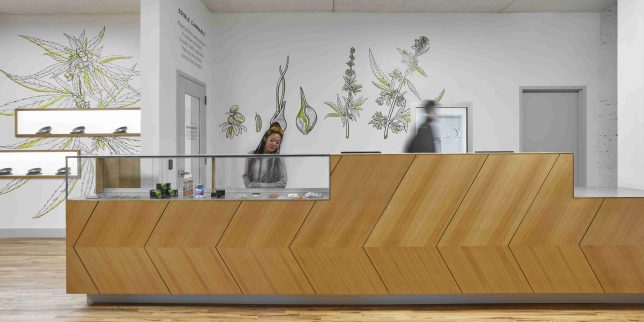 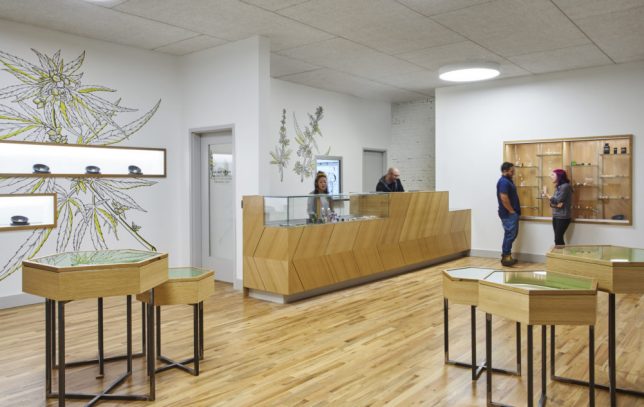 Chicago’s first medical marijuana dispensary blends the popular Apple Store aesthetic with that of a modern medical facility, adding a few casual personal touches in the form of cannabis plant murals. The name refers to the year prohibition of alcohol ended in the United States. 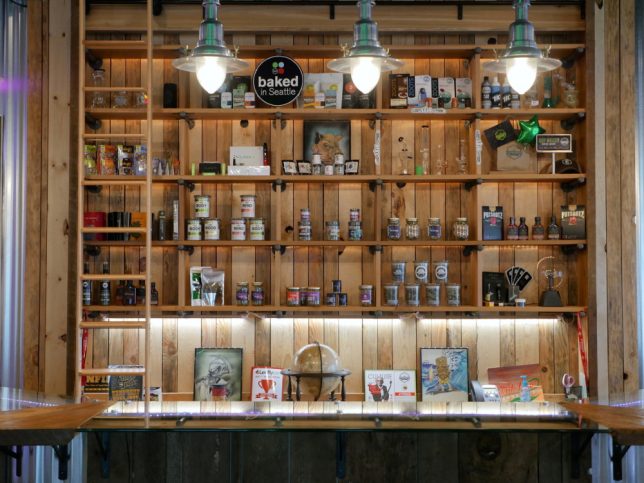 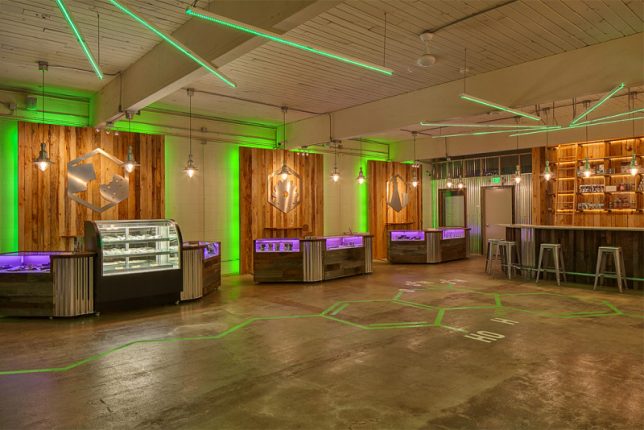 Seattle’s Evergreen Market is meant to reflect outdoorsy Pacific Northwest style, with wood reclaimed from a barn in Northern Washington, corrugated steel, and a willow gate. 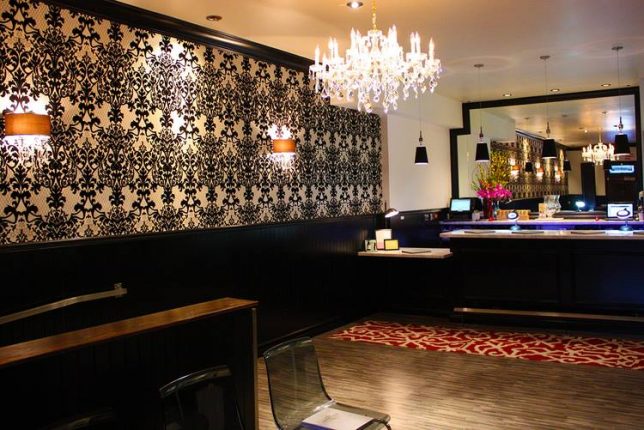 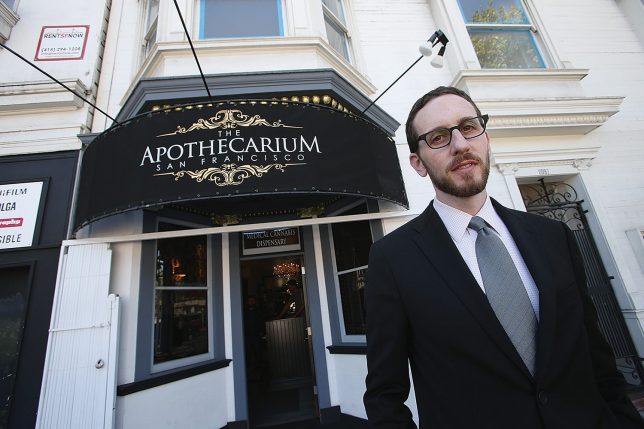 This full-service medical marijuana facility in San Francisco also aims for an upscale look that seems like it could be the lobby for a luxury hotel. 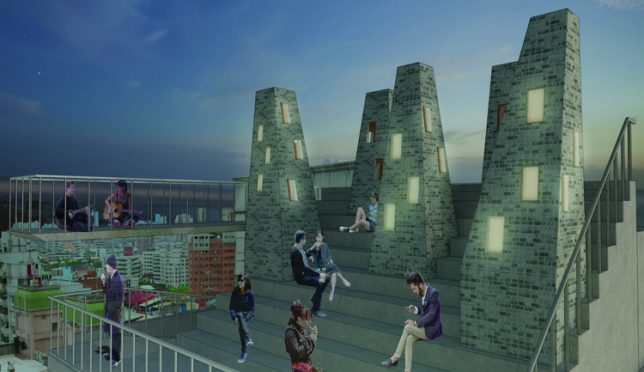 A competition by Bee Breeders challenged architects to design spaces that weren’t just retrofitted for use as marijuana dispensaries, but built specifically for that purpose. U-CAN is the first prize winner, distributing self-built community dispensaries across rooftops in Taiwan without permission of the local government, “suggesting a sense of collectivity and cohesion that is above the law.” 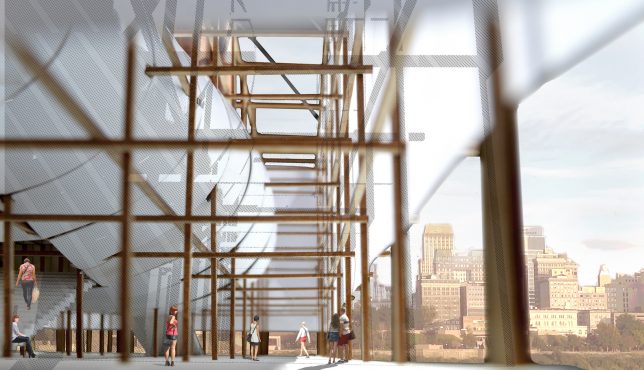 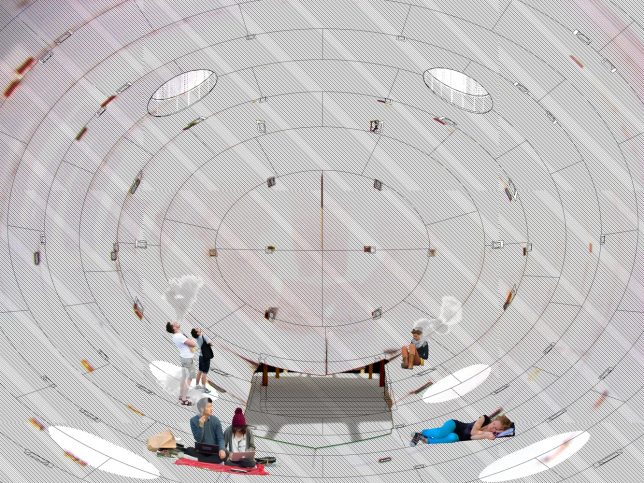 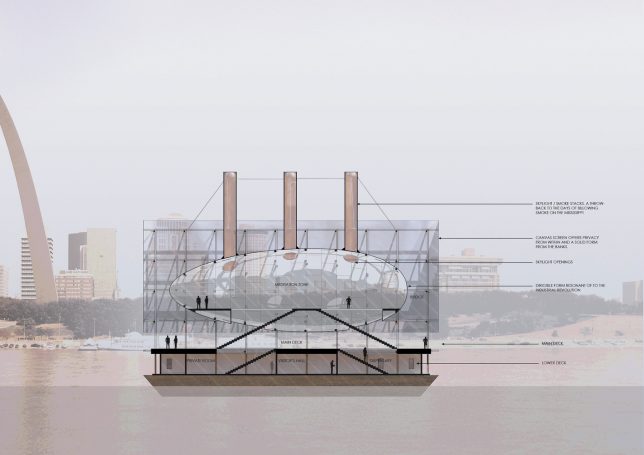 Taking third place in the Bee Breeders competition, ‘Cannabis River Cruise’ takes inspiration from extravagant passenger boats with ballrooms and luxury dining rooms and adapts it to smoking weed, with the hall becoming “an intimate and otherworldly meditative space for the use of medical cannabis.”