A formerly abandoned 1970s highway in South Korea’s capital city now hosts 24,000 plants as the Seoullo Skygarden, an elevated public park open to all citizens 24 hours a day. That’s a big deal in a city where so much architecture and infrastructure tends to be corporate-sponsored, with special perks for paying customers of companies like Hyundai. Mayor Park Won-soon, a former human rights and anti-corruption activist, wanted to balance all those logos with public spaces that are more accessible to all. 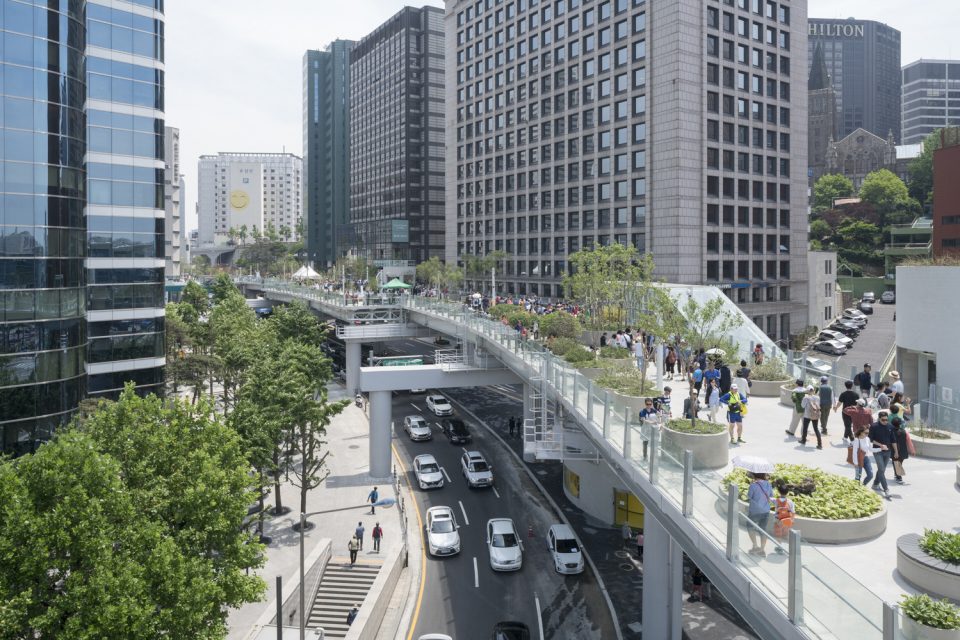 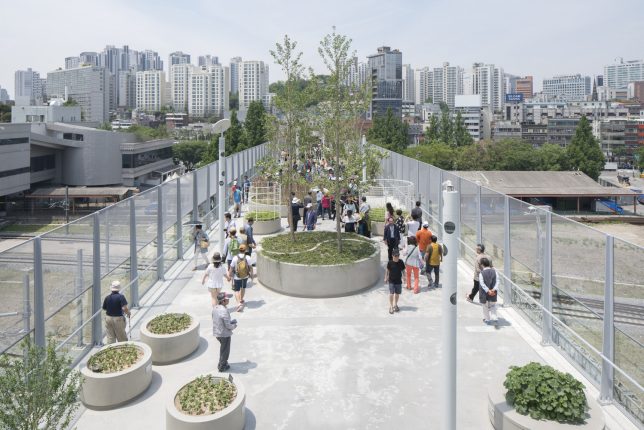 Dutch architecture firm MVRDV was tasked with designing the park back in 2015, and in just two years, they’ve created a successful public space revitalizing and connecting public spaces near the main railway station that were previously fragmented by roads and rail tracks. Its base, a 1970 motorway flyover, sat empty for a long time after being deemed unsafe for its original purpose. 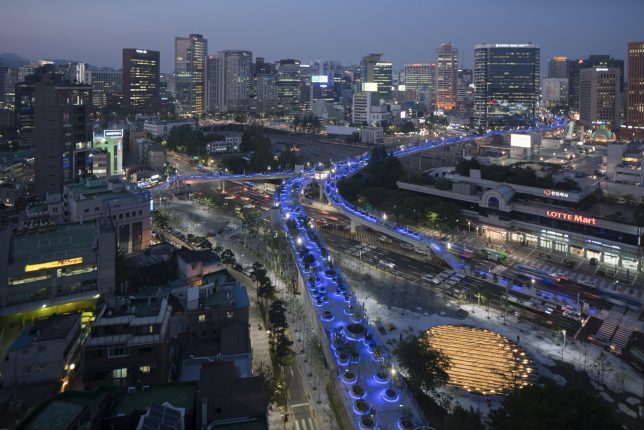 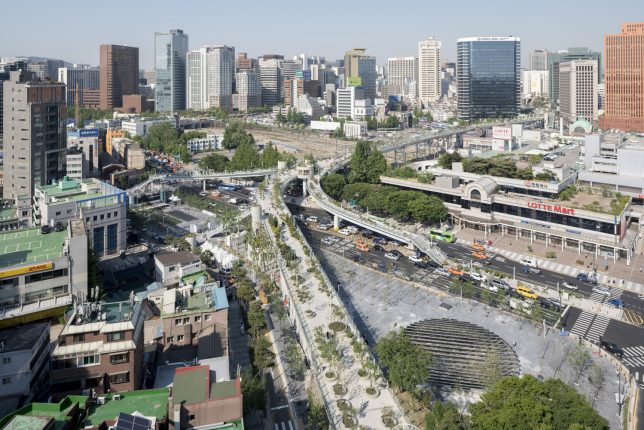 The Skygarden is packed with 645 potted trees and around 228 species and sub-species of plants, adding a significant amount of greenery to a highly paved area of the city – not to mention encouraging foot traffic, recreation, interaction and physical activity. The route is set up to create a network of hotels, shops, gardens and other attractions, enlivening the center of the city. It’s not just a walkway – it’s an educational experience. 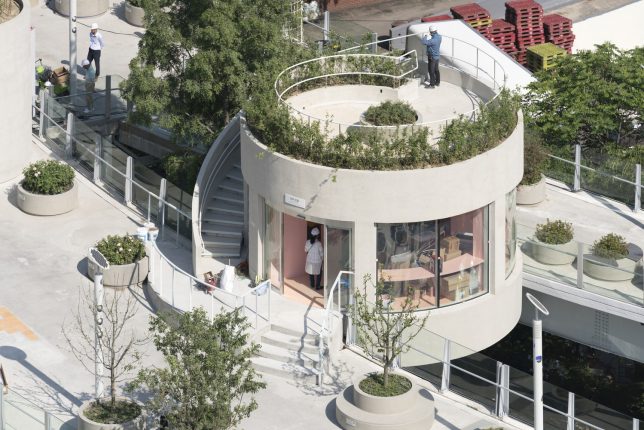 “The linear park was designed as a collection of small gardens, each one with its very own composition, perfume, color and identity,” says MVRDV. “The landscape will change according to the seasons: the bright colors of leaves in autumn of the Aceraceae family (maples), the blossom of cherry trees and rhododendron in spring, the evergreen conifer trees ink inter and shrubs and trees bearing fruit in summer.” 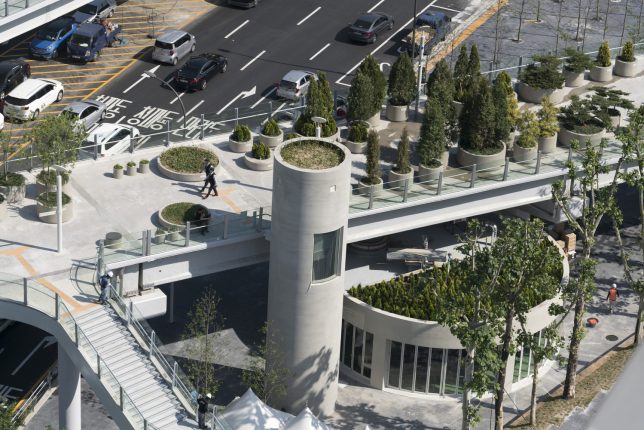 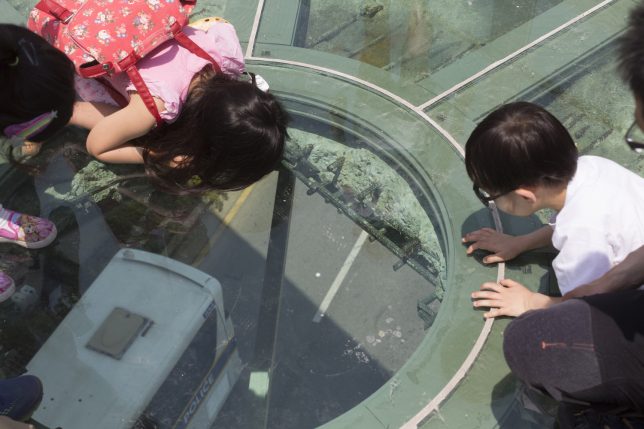 “In the future, the overpass will evolve with new plants and new activators so as to become an ‘urban nursery,’ rearing trees for the surrounding districts. Additional structures of stairs, lifts and escalators as well as new ‘satellite’ gardens can connect to the Skygarden, sprouting like branches from the existing structural piers. These extensions can inspire further additions to the area’s greenery and public spaces, and will connect the Skygarden to its surroundings both physicallyl and visually through plant species related to each of the neighborhoods.”