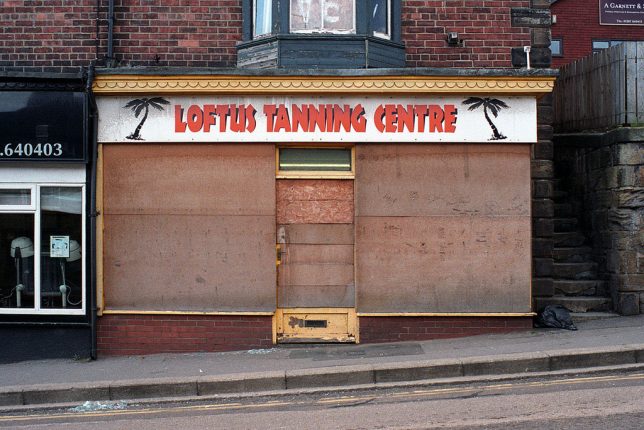 The seven closed and abandoned tanning salons, spas and studios featured on this page are all located in the UK and were all photographed by Flickr member leon S-D (littleweed1950) between January 2011 and January 2014. The palm-enhanced facade of the boarded-up “Loftus Tanning Centre” in North Yorkshire appears to mock residents who not only have to live in North Yorkshire, they now have to look like it as well. 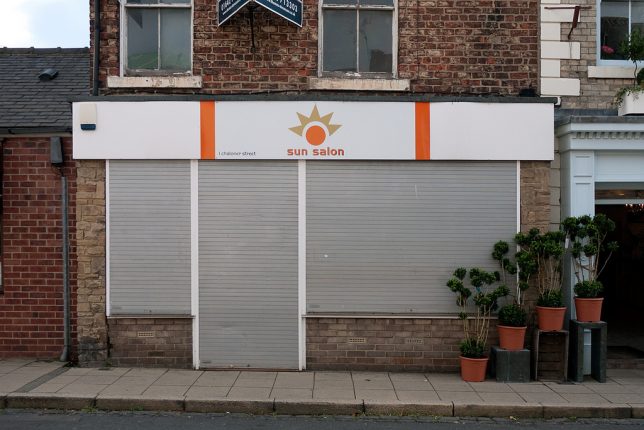 Here’s another closed tanning studio in North Yorkshire, this time in Guisborough. One wonders if the owner of the former “Sun Salon” was er, moonlighting to make ends meet. The somewhat sad scene snapped in October of 2011 appears, according to one commenter at the photo page, as “Even the potted plants look like they’ve decided to quit!” Well, plants do need sunlight. If only there was… oh. 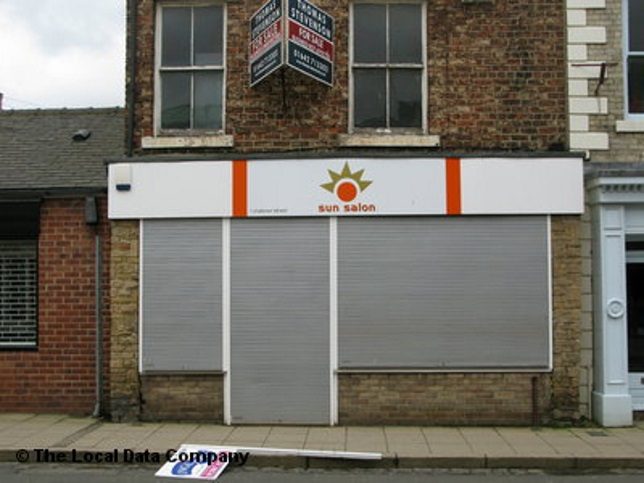 A slightly later image from Citikey shows the plants have not only quit, they’ve split the scene entirely – presumably putting down roots someplace with more sunlight, natural or not. 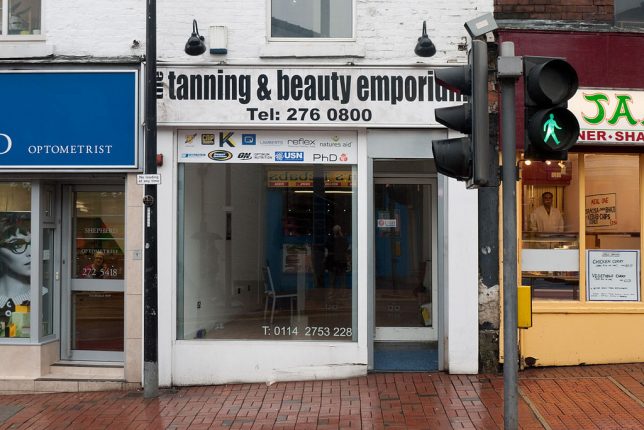 At least the folks in West Yorkshire can avoid the pale fates of their North Yorkshire cousins… or maybe not, as “The Tanning & Beauty Emporium” in Sheffield has sadly gone belly-up. Just a hunch, but maybe a black-on-white sign against a whitewashed brick wall isn’t exactly attention-grabbing. 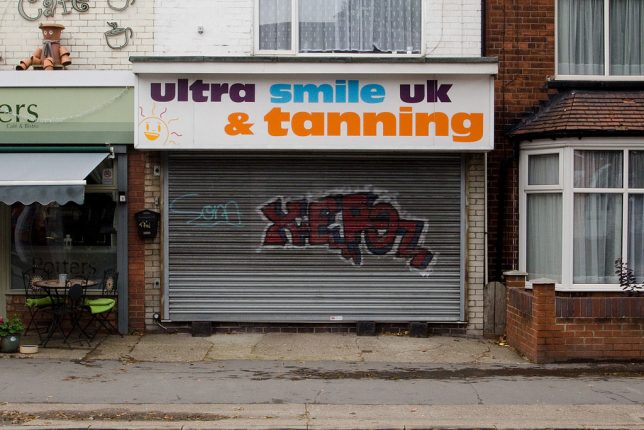 Something seems to be missing from the “Ultra Smile UK ___ & Tanning” sign but for the life of us we haven’t got a clue what it could be. The lack of an “OPEN” sign could also be construed as being bad for business. Flickr member leon S-D (littleweed1950) espied the above ex-tannery on January 4th, 2014 in Kingston-upon-Hull, East Yorkshire. Perhaps only South Yorkshire is spared the carnage of closed tanning studios; perhaps because there’s no South Yorkshire in the historic county of Yorkshire. 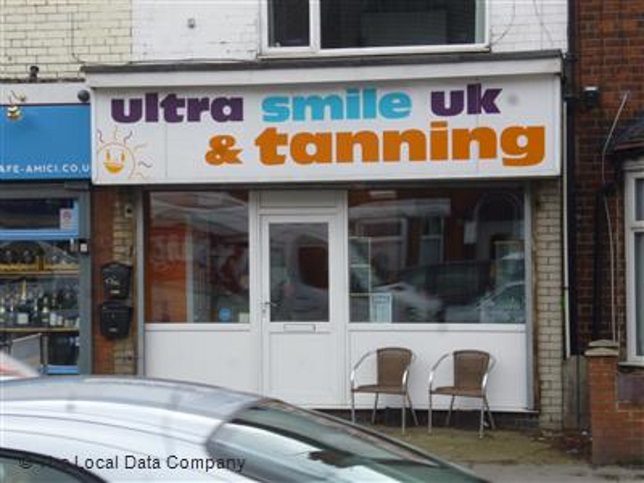 Anyway, the tanning studio (with its bold signage) was still a going concern in 2013 when it was featured in a listing of such establishments in the local online business directory. 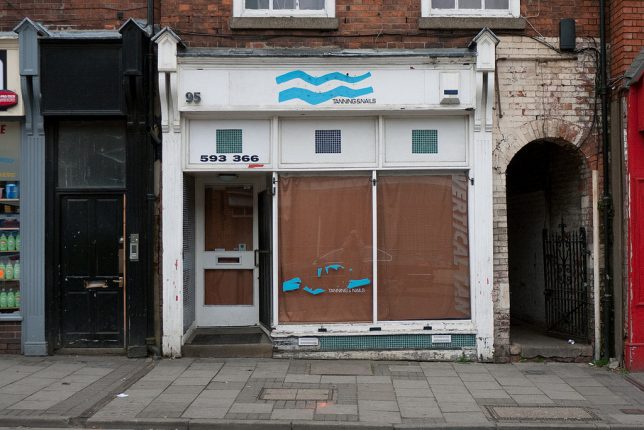 The former “Tanning & Nails” salon in Grantham, Lincolnshire is looking rather dreary today – or at least it did on December 8th of 2011. Get tanned AND nailed in one trip? Sounds like a can’t-fail business plan to us!

From Top to Bottom 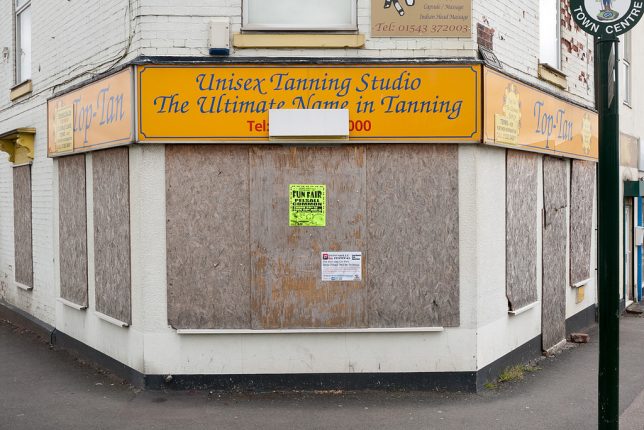 Protip to budding tan studio operators: try not to promise more than you can deliver. Case in point: “Top Tan Unisex Tanning Studio, The Ultimate Name in Tanning”. Snapped in May of 2013, the studio once occupied a prime street-corner location in Brownhills, West Midlands, which will likely now change its name to “Pinkhills” 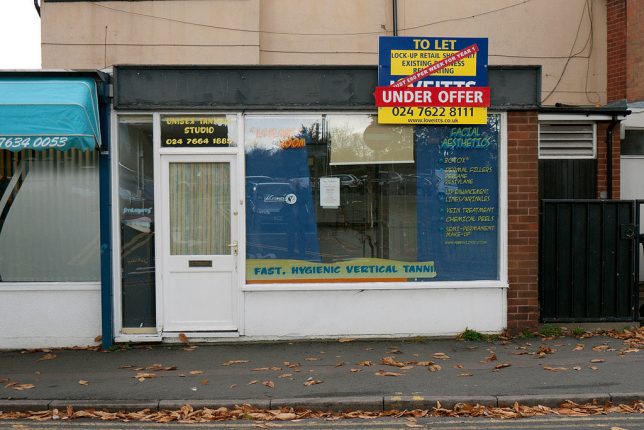 The generically-named “Unisex Tanning Studio” in Nuneaton, Warwickshire offered Fast, Hygienic Vertical Tanning… as opposed to Slow, Unhygienic Horizontal Tanning aka a day at the beach. Funny, beaches are still open but the Unisex Tanning Studio has gone out with the tide, never to return. Local vertical speed-tanners are presumed to be inconsolable.