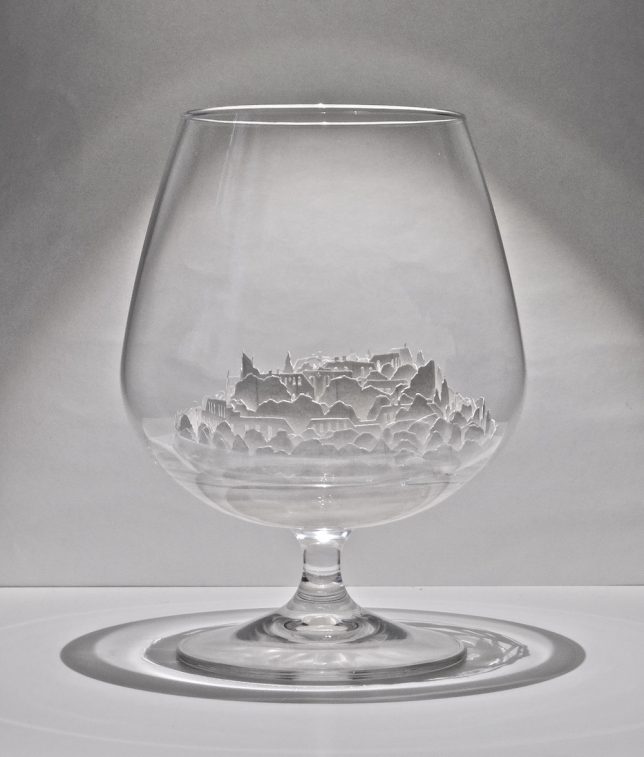 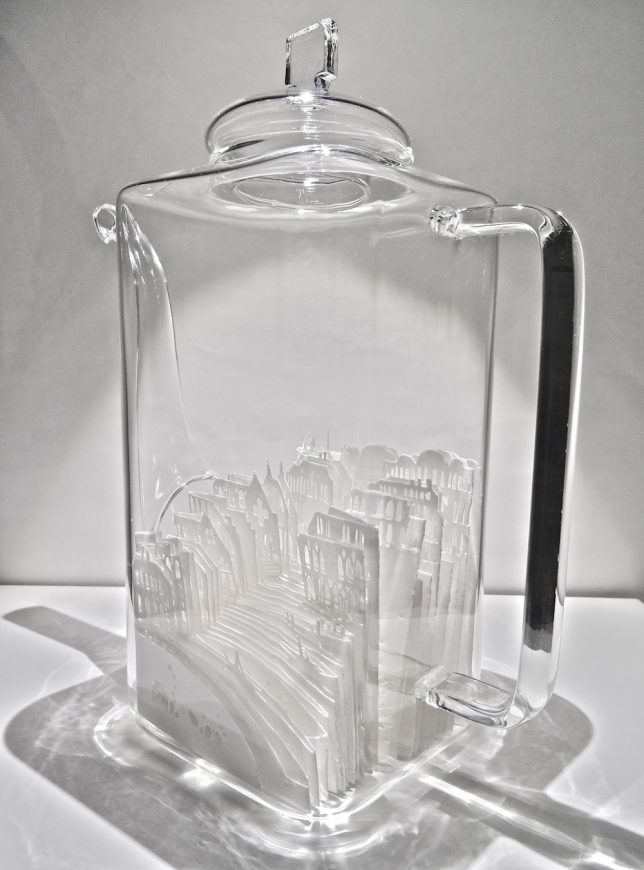 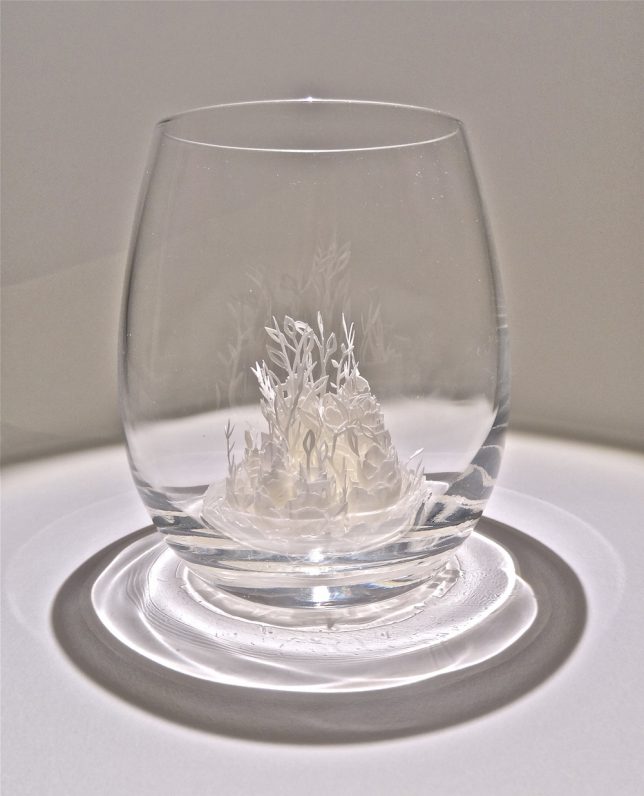 Layers of paper, stacked or wrapped around each other, create hills, trees and buildings protected within glass vessels like tiny cities and forests. Much of Ayumi Shibata’s work is based in Shinto religion, in which white paper is considered a sacred material. “Working within this cultural framework, I use the traditional method of Japanese paper cutting to bring attention to the delicate relationship we as humans have with the environment,” she says. “Within work, I want to create a discussion about how we relate and care about the world we were given.” 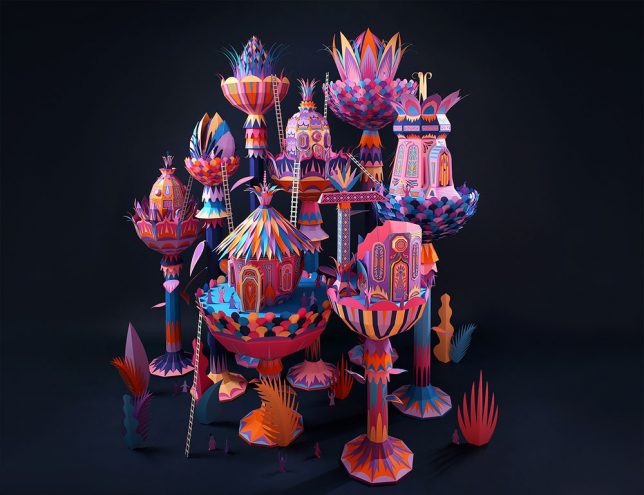 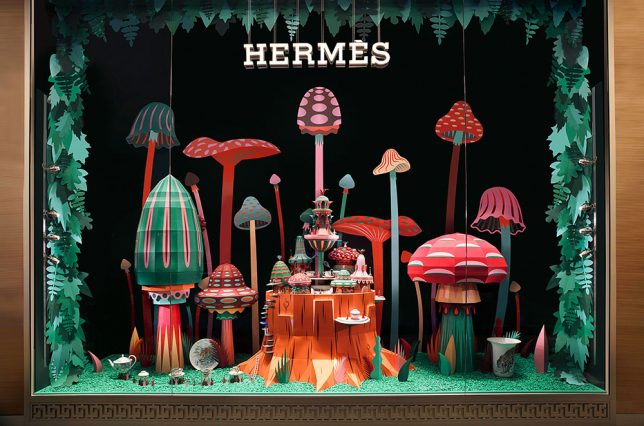 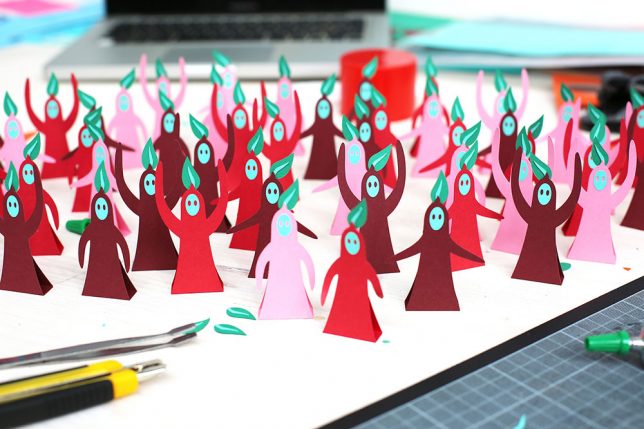 Working as a duo, Zim & Zou make some of the most colorful paper cut work you’ll ever see, often commissioned to complete complex window installations for brands like Hermés. Lucie Thomas and Thibault Zimmerman, both French artists, began as graphic designs and began to move toward more tactile means of creation. 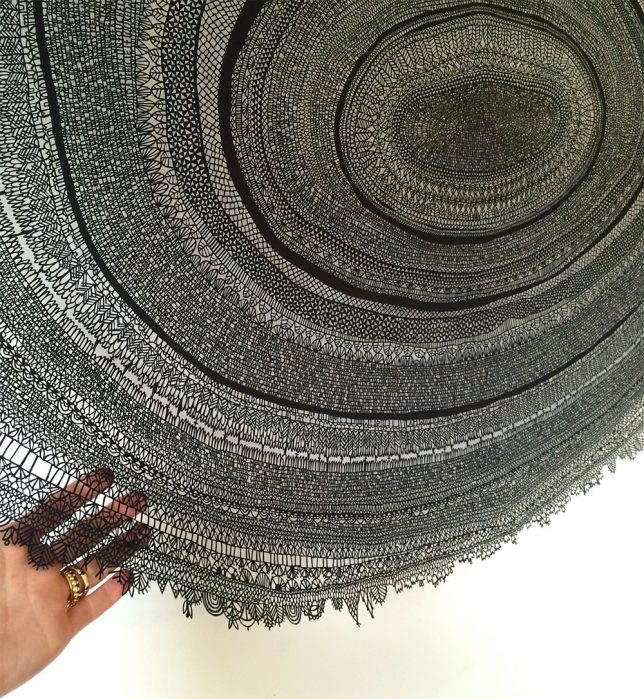 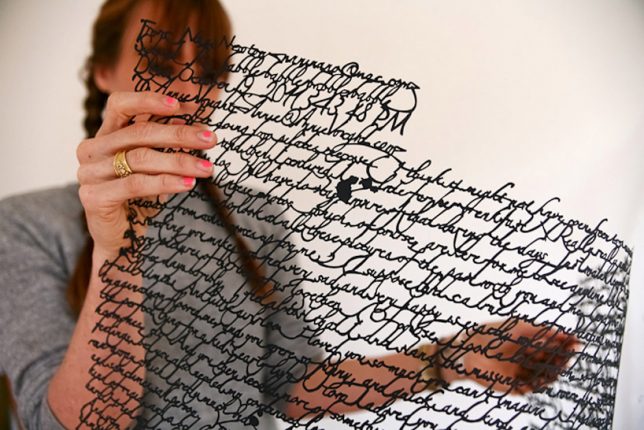 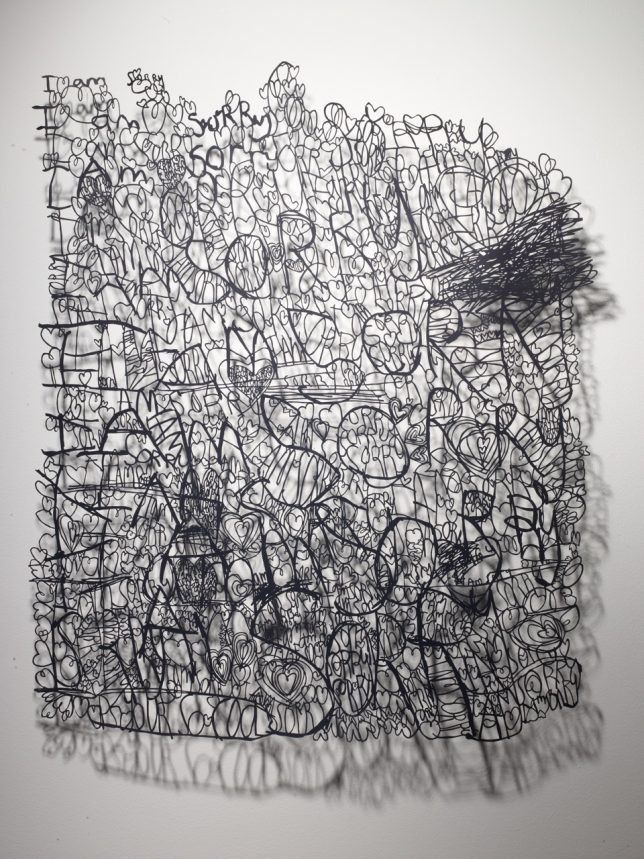 One of the most well-known, prolific and re-posted paper cut artists on the internet, Annie Vought creates massive single-sheet cut-outs of patterns and, most often, lettering. Some are legible, while others are more chaotic and abstracted, with just a few words apparent here and there. One piece, entitled ‘Gosh I’ve been here before,” spirals sentences and patterns in a circle like the rings of a tree.

Mandalas and More by Mr. Riu 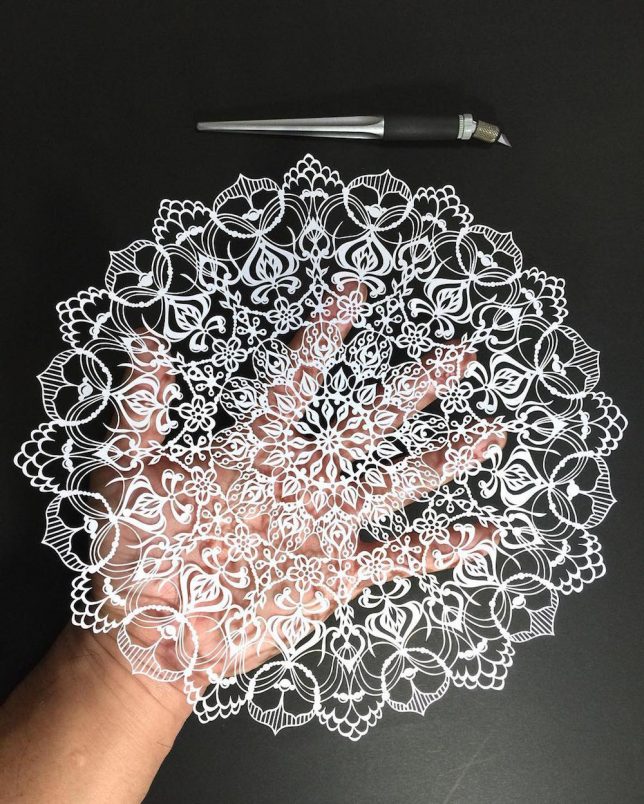 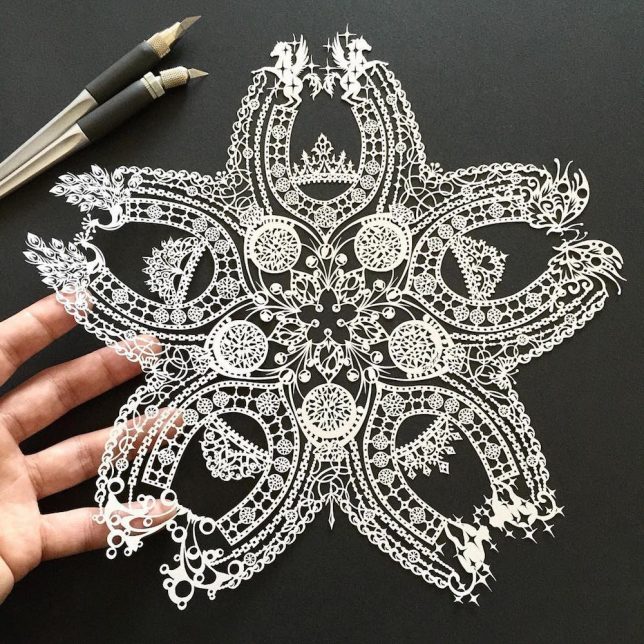 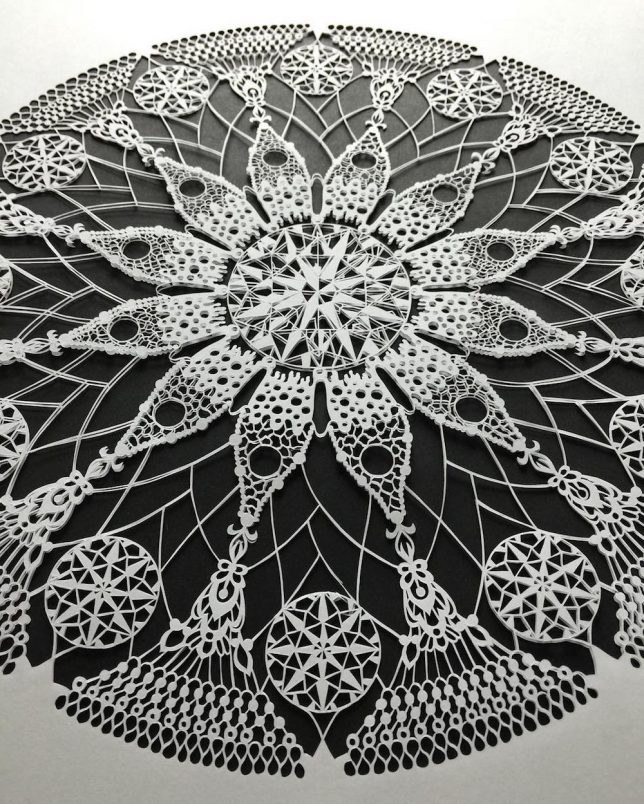 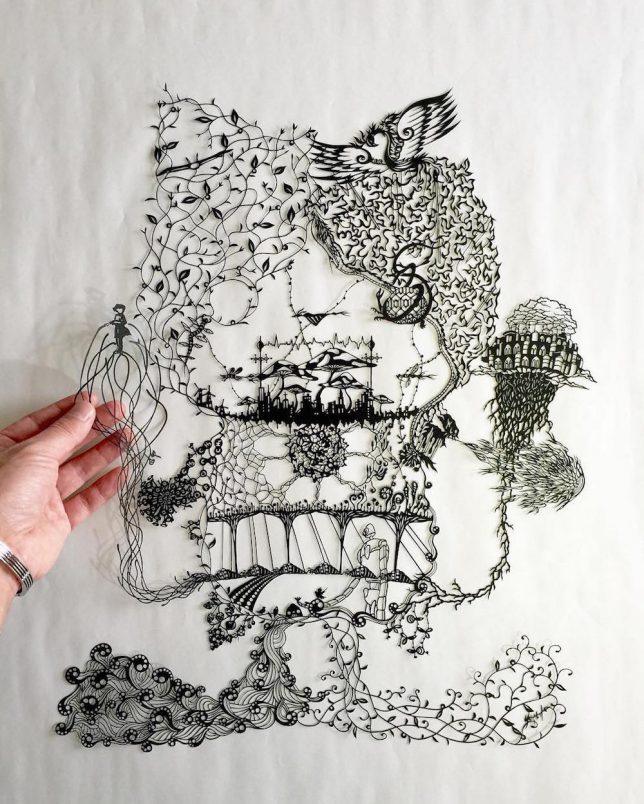 Architectural towers, lettering, feathers, fruit – Japanese artist Mr. Riu produces all kinds of cool paper cut art, but none are quite so impressive as his perfectly symmetrical mandalas. “It’s not that I can do it because I originally have a great patience,” he says on Instagram. “I think that my patience grows stronger gradually because I want to do it.”