In the Dutch city of Utrecht, 316 bus stops are now planted with flowering greenery, inviting pollinators like bees to stop by and take a blossom break. The Netherlands initiated the project after learning that more than half of its 358 bee species are endangered, but it comes with other benefits, too, like storing rainwater and improving Utrecht’s air quality by capturing fine dust. 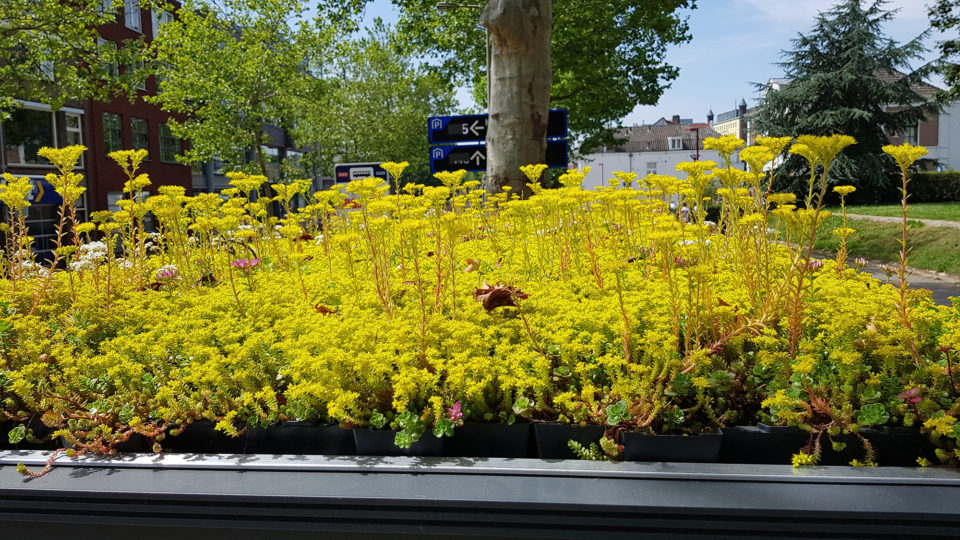 Pollinators and other beneficial insects are currently being decimated around the world by habitat loss, herbicides, fungicides and pesticides. Even so-called “safe” pesticides could be accumulating to toxic levels in pollen. The University of Maryland reported that U.S. beekeepers lost 38 percent of their bee colonies last winter alone, and the current administration has upheld market use of weed-killing substances like glyphosate while also ceasing the collection of quarterly data on honeybee colonies. 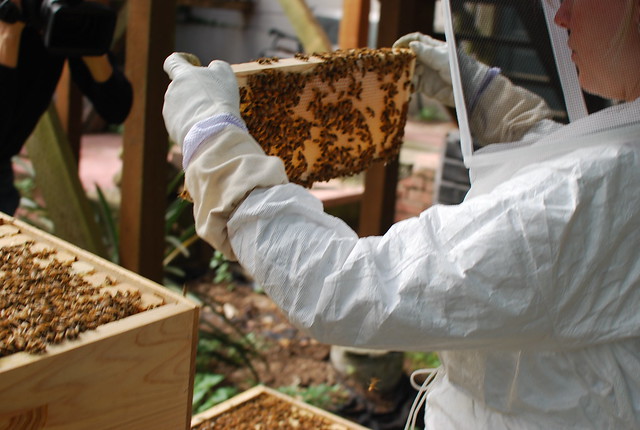 Though honey bees get the most publicity, they’re just 1 of 4,000 native North American bee species, all of which are threatened. Bumblebees, carpenter bees and orchard bees are among the wild bee species that benefit from plentiful food sources in urban settings, along with other pollinators like monarch butterflies, leaf cutters, wasps, beetles and even bats, mosquitoes and flies (which are also disappearing at alarming rates.)

Their decline is a threat to human food sources everywhere. Pollination is needed for about three-quarters of global food crops, and bringing in domestic honeybee colonies or tiny pollinating drones can’t necessarily replace the benefits of wild insects lost as their habitats are destroyed.

Cities could play a key role in pollinator conservation, according to a recent study carried out by scientists at the Universities of Bristol, Edinburgh, Leeds and Reading in the U.K. Part of this is due to where they tend to be located: in coastal and riparian areas where biodiversity would naturally be high otherwise.

Residential and community gardens can play a major role in attracting pollinators with plants like lavender, dandelions, borage, thistles and buttercups. The study encourages the utilization of public parks, medians, sidewalk strips and other public green spaces for pollinator-attracting plants and mowing less often so they have a chance to flower frequently. It’s also recommended to provide water sources, avoid pesticides and allow for some undisturbed areas where the insects can nest.

There needn’t be such a stark division between even the most modern urban centers and the natural world. At Frontiers, a group of ecologists argue that nature needs urban territory in order to survive, and calls for the creation of more “green infrastructure” like native landscaping, urban farming, access to nature, gardens that reduce flooding in urban landscapes and, in particular, pollinator-focused efforts, using the monarch butterfly as a prime example. The researchers studied the ways in which focusing on preserving the monarch can benefit urban wildlife habitats as a whole. 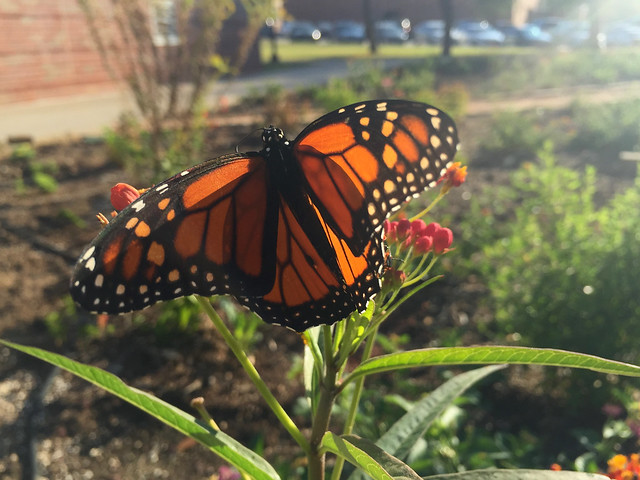 “Powerful urbanization trends have understandably been accompanied by a sense that nature has been displaced in urban landscapes and can only be found where cities don’t exist. On the one hand, urban life has been characterized as ‘distanced from nature’ accompanied by an ‘extinction of experience’ as people move to urban settings. On the other hand, the conservation community has achieved huge victories in places far from the urban world, and a side effect has been to reify the notion of ‘wilderness’ in the American mind. Large protected areas have “increasingly become the means by which many people see, understand, experience, and use the parts of the world that are often called nature and the environment.”

“Our results add to a growing body of literature showing that metropolitan areas matter for wildlife conservation. Despite being developed, these landscapes have high potential to maintain functional habitat for a variety of species, including migratory and threatened endemic species. Habitat within and between US cities can help connect the dots for monarchs, other pollinators, and birds along migratory pathways from Mexico to Canada and back.”

Individual cities around the world are taking initiative with projects like wildlife corridors, shoreline restoration, massive urban parks and integrated city planning that works with nature. And cities won’t do it themselves, perhaps a resurgence of guerrilla gardening is in order.