Designed to restore and augment the city’s floodplain, this new green recreation space features thousands of acres of forest as well as playgrounds, lawns and trails. Upon completion, it will be one of the biggest urban green spaces in the country (more than 10 times the size of Central Park in NYC). 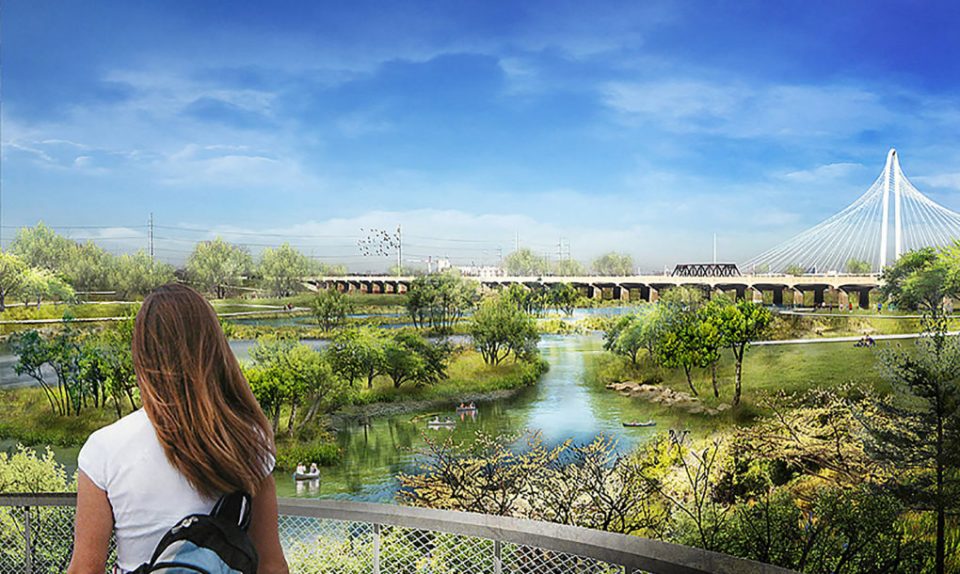 In a state not exactly known for its greenery (or environmentalism), this project in Texas by Michael Van Valkenburgh Associates is designed in part to address a critical and ongoing issue: flooding damage during severe weather events.”I believe we can create the most value and the greatest benefit to our citizens when we complete projects around nature,” said mayor Mike Rawlings  of the project. 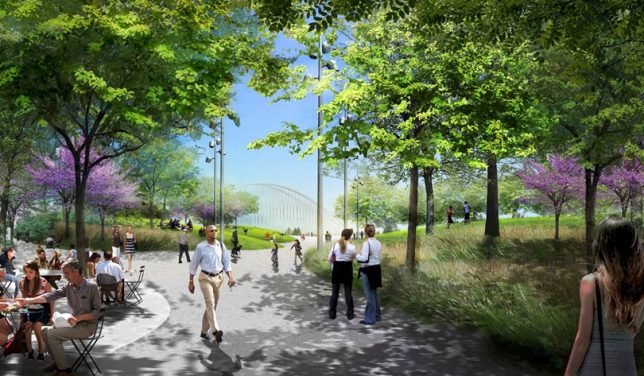 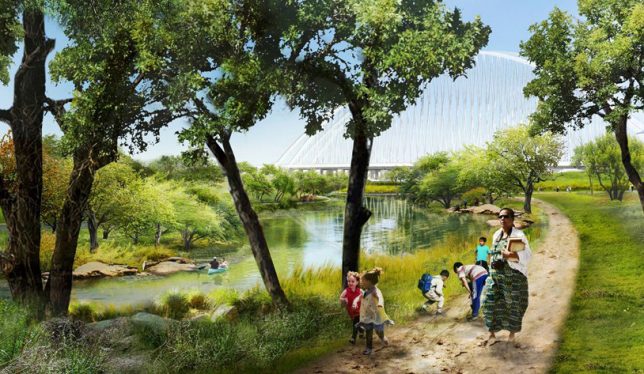 The park aims to serve both recreational and engineering purposes, shoring up the city against future floods while creating a great green asset for citizens and visitors. Developed in collaboration with government engineers, it will be part community resource but also (and critically) part infrastructural insurance against the effects of climate change. 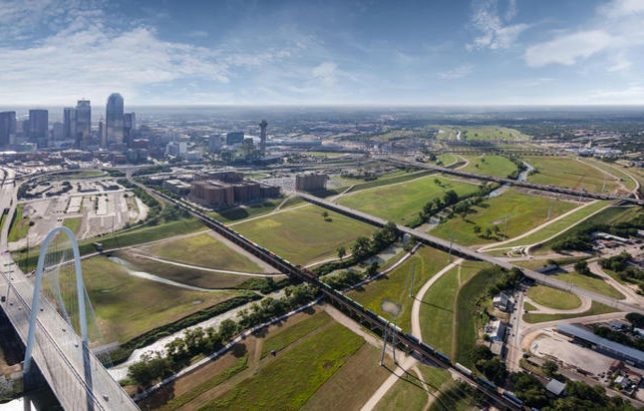 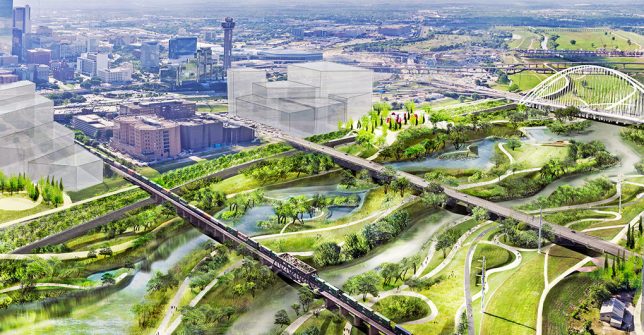 The development is part of a larger series of projects along the flood plain and will link into over seventy miles of regional trails. At an estimated cost of $50 million, the park is not cheap but surprisingly inexpensive given its scope and aims. So far, a private donor has stepped forward offering $20 million of the funds needed, leaving a smaller bill for the city and state governments as well.