Modernist architects rejected brick, stone and iron ornament in favor of clean metal and brutalist concrete, and in some extreme cases went so far as to cover up old facades with more contemporary cladding. But what was originally an act of erasure can also turn into an unintentional act of preservation, as in the case of this structure built in the 1920s but clad over in the 1960s.

This drab building in San Antonio, Texas was at best unremarkable and at worst a bit of an eyesore. White stripes and vertical strips of red worked with rows of glass to create something simple, Modern and a bit dull. It was also somewhat misleading: many of those apparent windows were covering up walls, not openings. All of this became clear as the surface started to be stripped away and old structure restored. 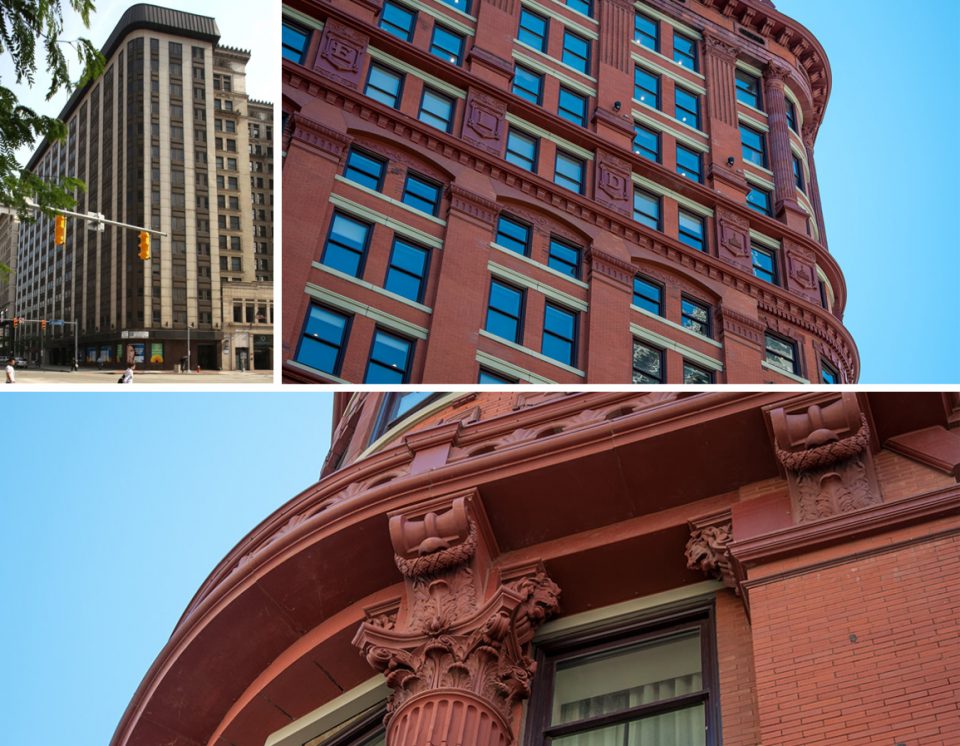 Echoing a similar trend in recent decades of stripping back paint to reveal wooden details in homes, developers and cities have started to realize the potential value in hidden landmark architecture. The Schoenfield Building in Cleveland, for instance (depicted above), was a beautiful structure built of brick but for a time covered in a less glamorous coat. Its underlying facade has since been uncovered. 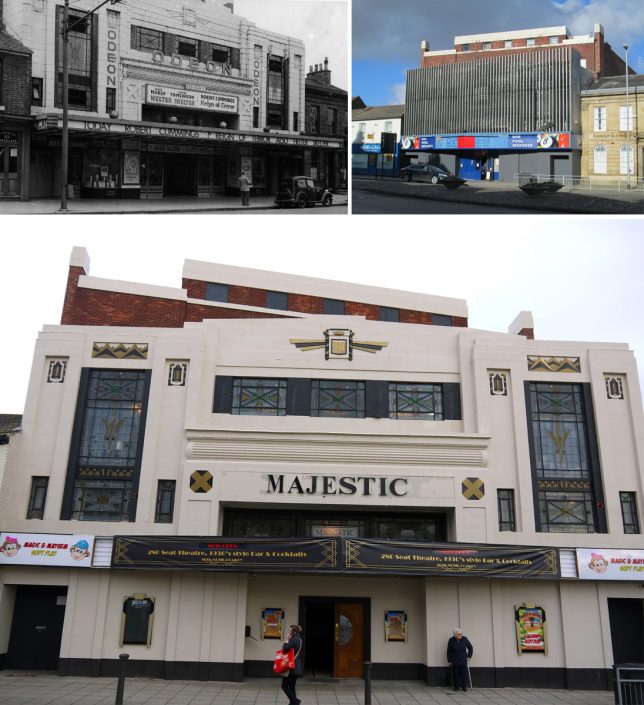 In the case of the Odean theater, it is hard to imagine what ever possessed someone to cover the elaborate facade of the original (upper left) with its decorative details and beautiful windows with an array of vertical metal strips (upper right). Fortunately, though the name has changed, the architecture has since been restored (bottom). 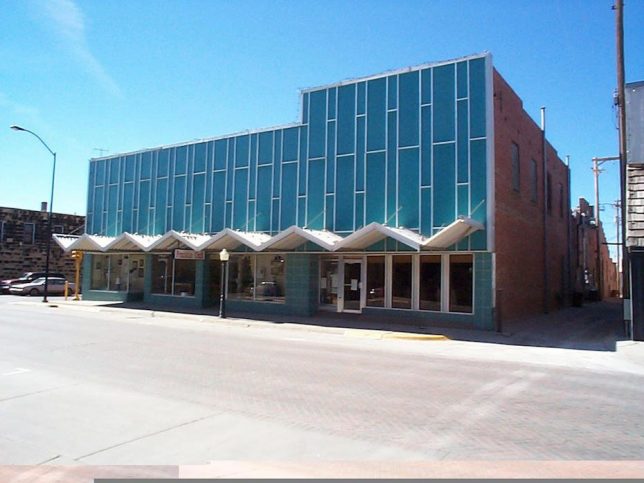 The decision is not always so clear-cut, however. Architectural Observer followed the restoration of a structure in Hays, Kansas where “there was a push to ‘restore’ and ‘revitalize’ the immediate downtown area. The master plan called for the removal of this particular facade.” 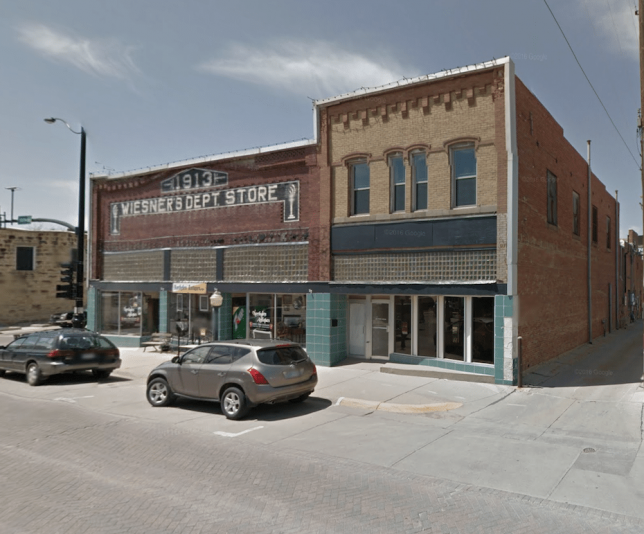 “Much history was lost in the redevelopment process; should this facade be counted among the losses?  Or do you feel that the two early 20th-century facades (both needing restoration) which were revealed are the stronger asset?” It is a question that often faces preservationists, especially in places like Europe where long histories can result in many iterative additions and changes over time. In this case, the facade was removed but saved. To see more examples like these and discussion about historic preservation, check out this thread on reddit.