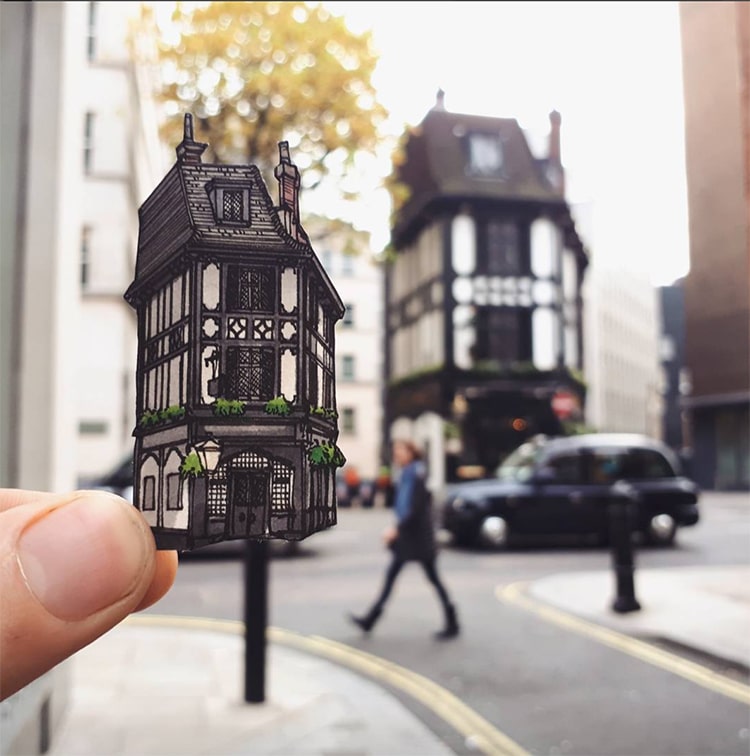 Cities can change so rapidly, leaving behind barely-recognizable versions of the streets we once knew and loved, adapting and transforming along with the rest of the world. It may be a fact of life, but that doesn’t mean we shouldn’t try to preserve what we can of the history that’s meaningful to us – even if that just means paying tribute to it with art. Australian-born, London-based illustrator Max Tiles does just that with tiny illustrated cut-outs, which he often photographs against the real-life buildings they represent. 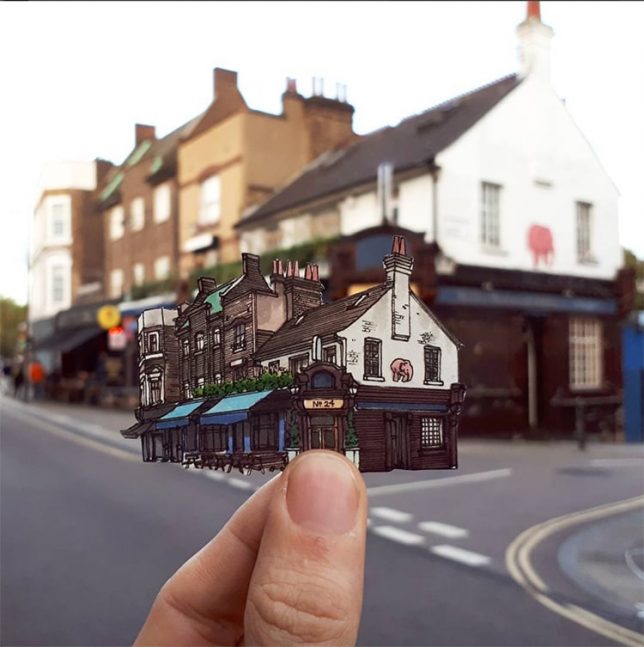 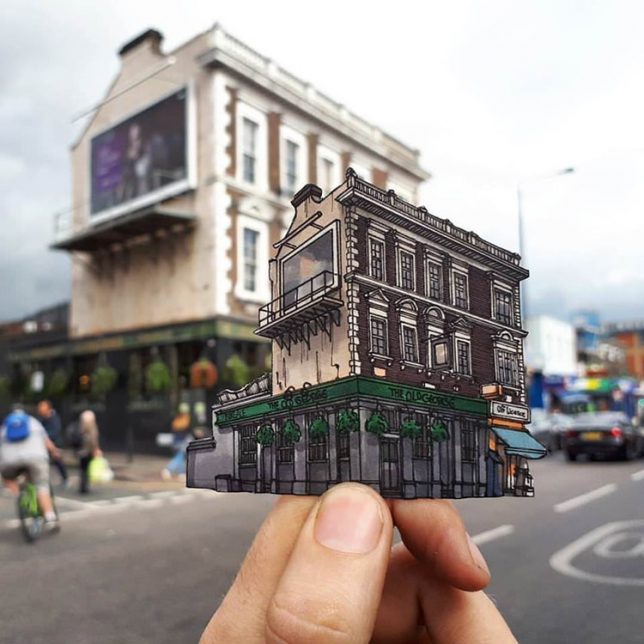 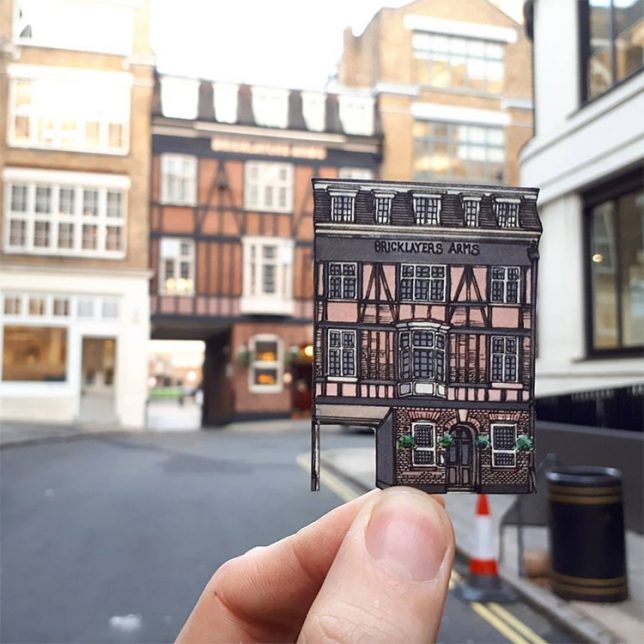 Tilse’s most recent series captures some of London’s most charming pubs, like The Bricklayers Arms in Fitzrovia, which he describes as “a quaint piece of Georgian architecture… the Bricklayers Arms has been a running pub since 1789.” Other pubs seen here include the Coach & Horses at 5 Bruton Street in Mayfair, The Blackfriar, The Crown in Seven Dials, Covent Garden and The Dove on Broadway Market in Hackney. 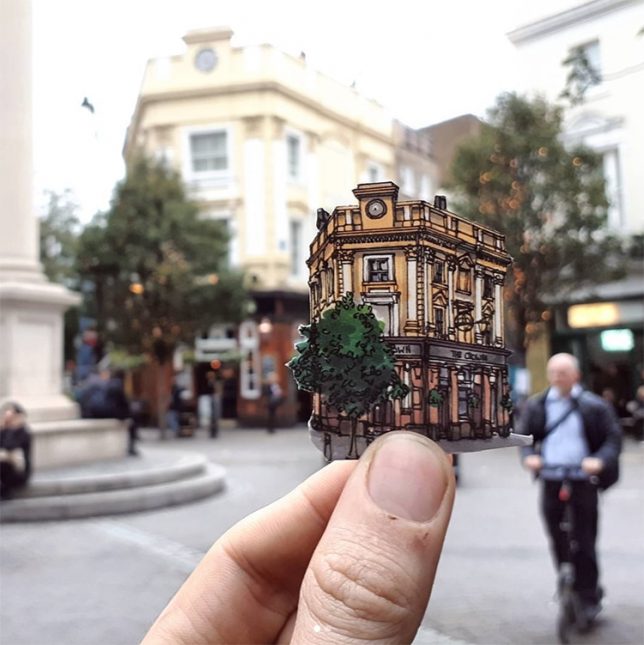 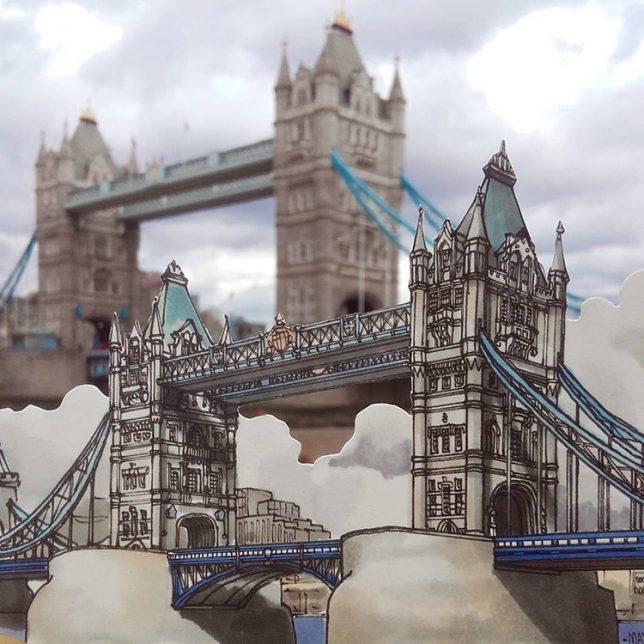 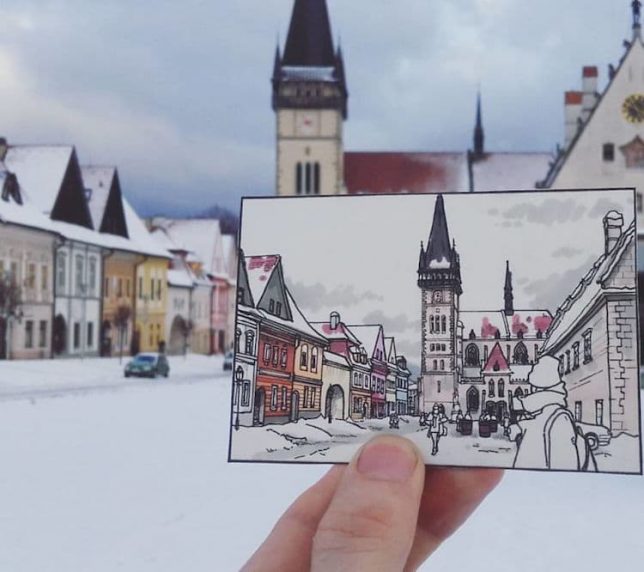 Tiles also draws miniatures of other major London landmarks, from Big Ben to the Tower Bridge. While backpacking across Europe, Tilse kept a ‘diary’ of sketches of the scenes he liked most, turning them into 5×5-inch postcards.

The Shard, Southwark London. Looking across the Thames from the Millennium Bridge. Towards Borough markets and eventually Tower Bridge in the distance. There was an eerie lack of traffic, walking through Southwark today. But despite the chaos and horror of last night, people were out and about enjoying their overcast afternoon. Enjoying what this spectacular city has to offer! . I also drew the Globe Theatre and a few other great little spots which I shall post soon. Go London! . . . #maxwellillustration #illustration #promarker #pensketch #micron #penfreaks #sketchbook #usk #urbansketch #urbansketchers #sketchwalker #archisketcher #artatte #archisketcher #architecture #architecturesketch #arch_cad #arch_grap #londonlife #london #theshard #southwark #timeoutlondon #thisislondon #thames #boroughmarket #ilovelondon

Rooftops over Wardour Street, Soho. Featuring the ever watchful BT Tower. It was hard to get the tower and roofes in focus but you can make it out in the distance. . . . Interesting facts about the BT Tower. This iconic London landmark was first built in 1564 out of wood and thatch up until the 1960s, when it was rebuilt with glass and marbles. The roof reached 580ft in height, but much like an iceberg, the majority of the structure is underground, descending deep into the earths vast molten centre. . . . . #maxwellillustration #illustration #promarker #micron #pendrawing #pensketch #draweveryday #archisketcher #architecture #architecturesketch #urbanksketchers #usk #urbansketching #sketchbook #sketchwalker #artatte #londonlife #londonliving #london #Soho #timeoutlondon #bttower #londonhistory #themoreyouknow #thisislondon

You can see more of his work at his website, and purchase prints at his Etsy shop.