The World’s Most Expensive Paper Bag 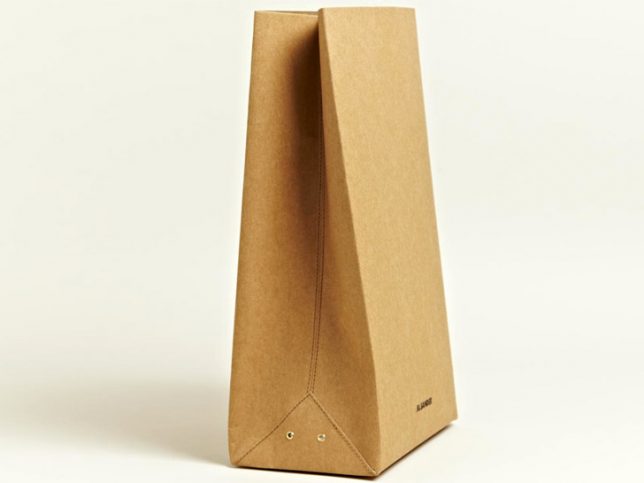 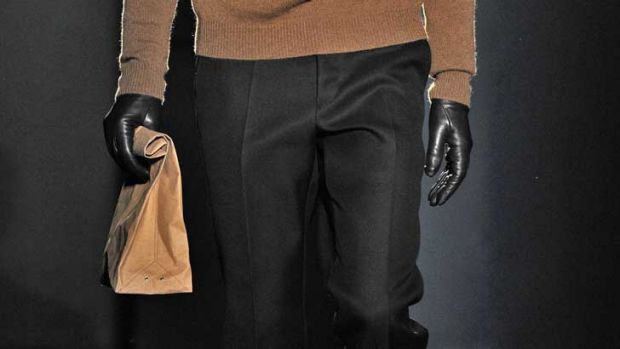 Fashion designer Jil Sander created what’s still known as “the most expensive paper bag ever made” in the form of the Vasari handbag. And yes, it’s made of paper, albeit coated paper with stitched seams and four gold eyelets. The basic $290 version was seen clutched in the hands of runway models looking for all the world like children’s school lunches. There’s also a black leather version with a magnetic clasp that sold for $630. 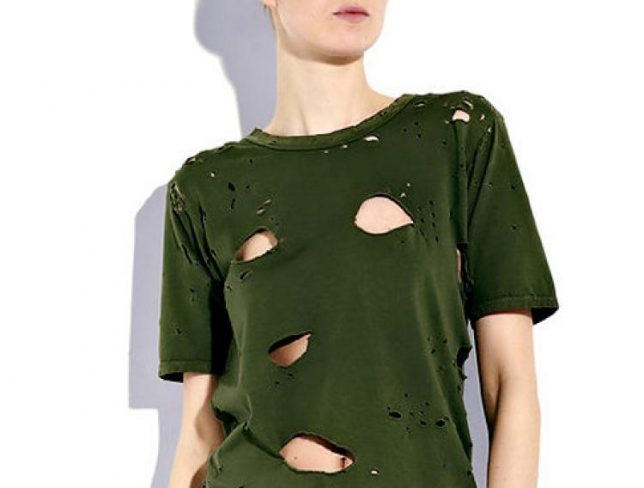 French luxury fashion house Balmain is usually known for highly structured silhouettes, unusual textiles and intricate details, sometimes with a slightly distressed edge. But the house also takes plenty of inspiration from punk subculture, lifting certain hallmark aesthetic details like rips, tears and safety pins and making them so intentional (and expensive) that there’s no ‘punk’ left to be found. They’ve been making destroyed jeans for a while now, but their love for this look really peaked with an army green t-shirt full of holes retailing for $1,625. 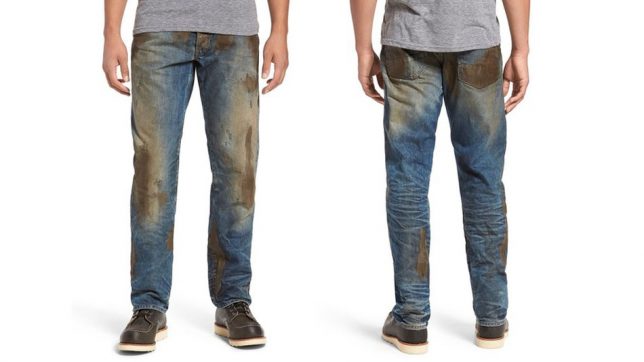 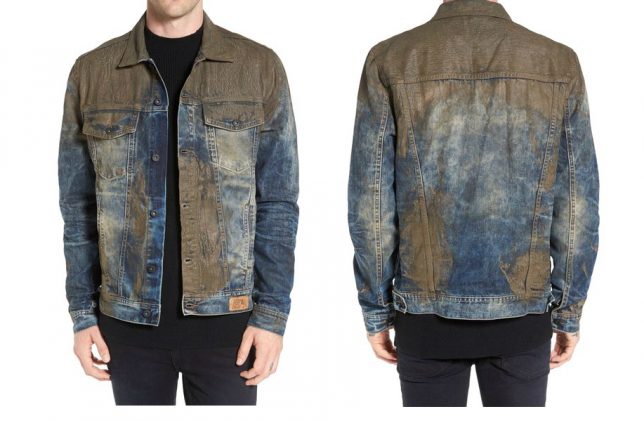 Want to look like you just got back from pushing your car out of a ditch full of mud? Nordstrom’s got you covered. Because apparently it’s too hard to just muddy up some jeans yourself if you’re convinced it’s got some kind of rugged cowboy appeal. The retailer sells these faux-splattered jeans for $425, but that’s not all! You can get a full mud jean suit effect happening by pairing them with the matching jean jacket. 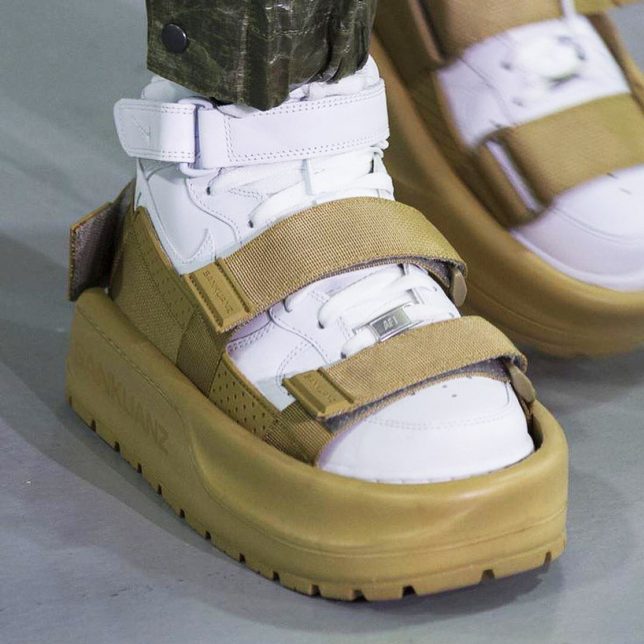 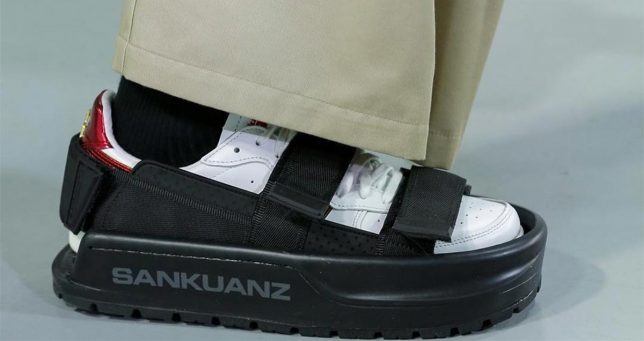 Sankuanz is one of the few fashion houses that really is utilitarian, typically blending high-end looks with functional items like raincoats that you could actually see yourself wearing. But this ‘shoe protector’ that straps right over your footwear is taking it to another level, calling to mind both orthopedics and the kind of thing you might expect to see outside the entrance of an actual pig sty. The ’shoe for shoes’ keeps your kicks clean if you have to go somewhere dirty, a usage that makes sense even if the result is mildly horrifying. 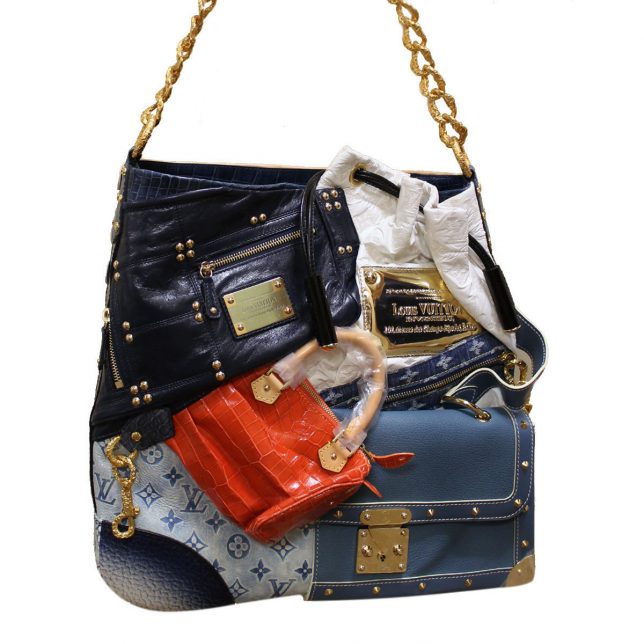 Way back in 2007, Louis Vuitton produced one of its most expensive bags – the $42,000 Patchwork Tribute Collector’s Bag, which combines samples of 15 different LV handbags from their spring/summer cruise line. Only 24 of them were made, but they sold out worldwide within minutes. Never mind that they look like a deranged crafter stitched them together from scraps after taking too much Ambien. 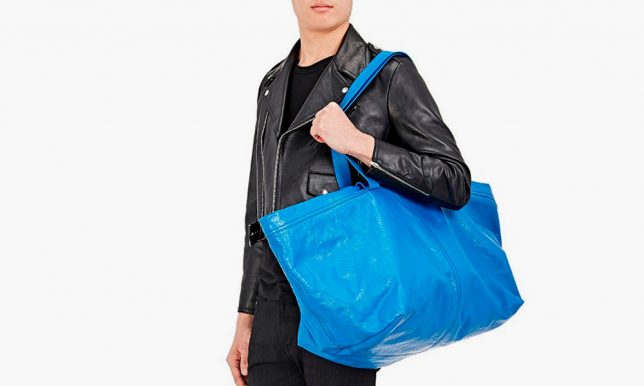 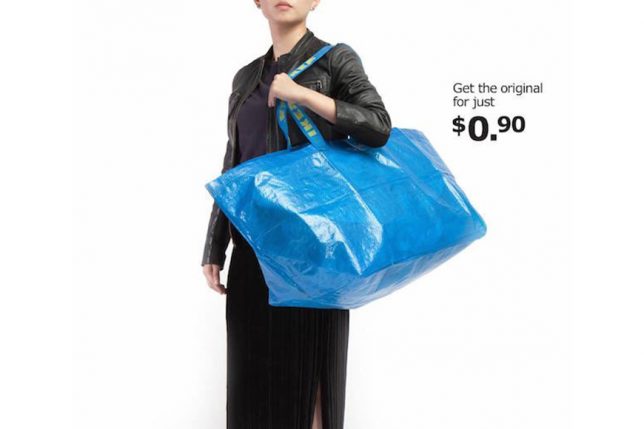 And finally, the piece de resistance, the third absurd creation for which Balenciaga has popped up on this list: a $2,145 IKEA tote bag. It’s not really meant to be an IKEA bag, and wasn’t produced with the blessing of the Swedish retailer, but the resemblance is unmistakeable even though Balenciaga’s version is made of leather. IKEA responded with their own ads mocking the ‘knockoff’ and telling customers how to avoid purchasing the copy instead of the real thing, with tips like “shake it – if it rustles, it’s the real deal.”