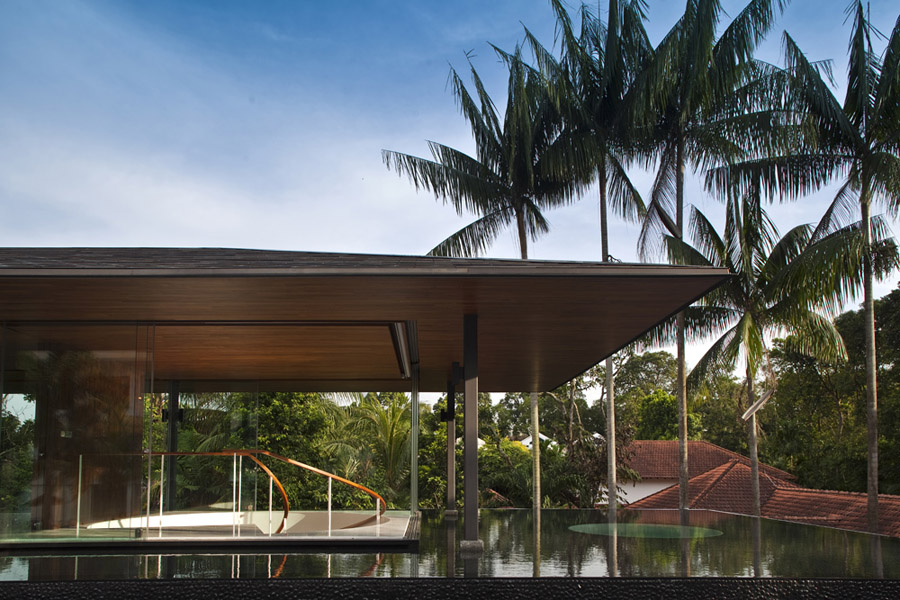 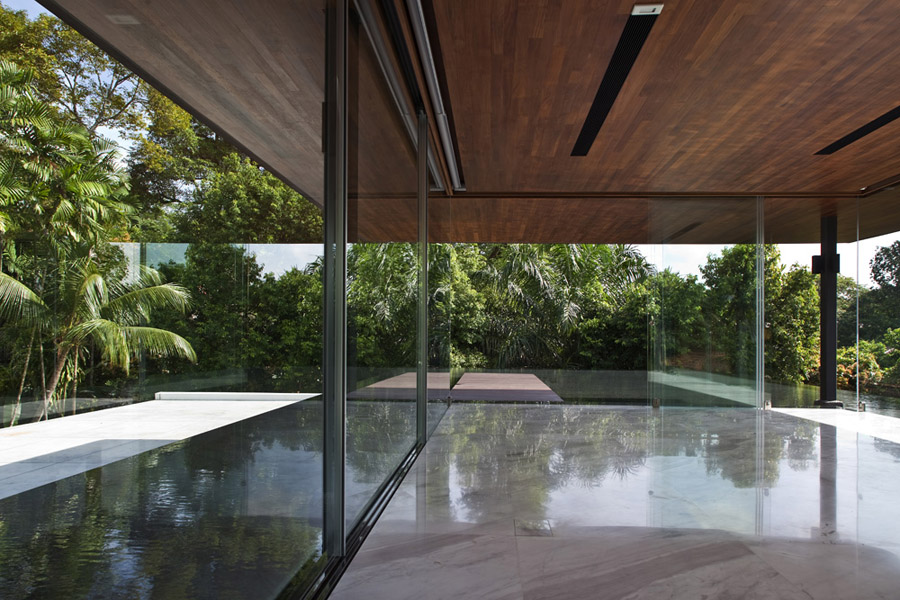 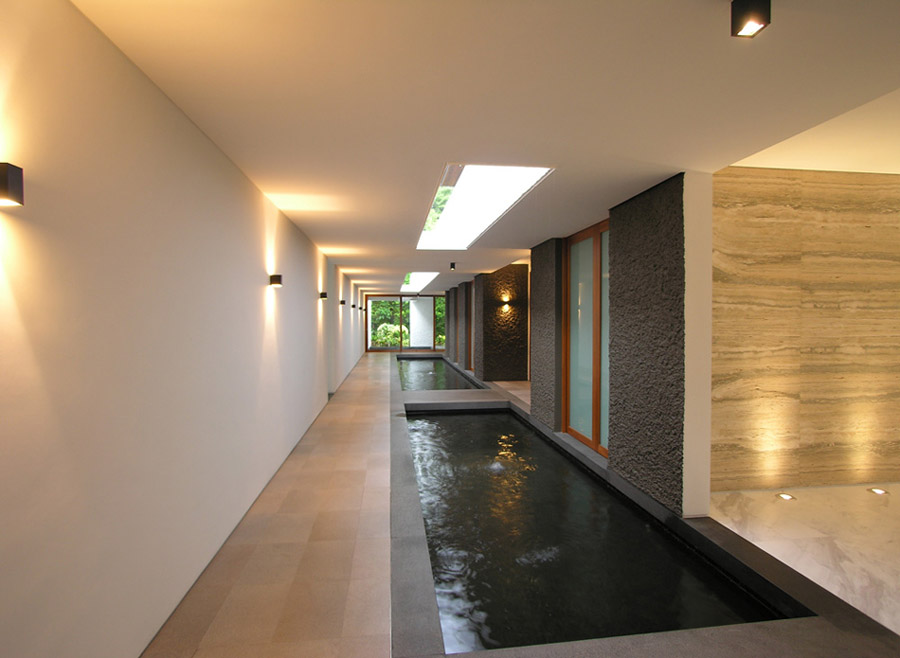 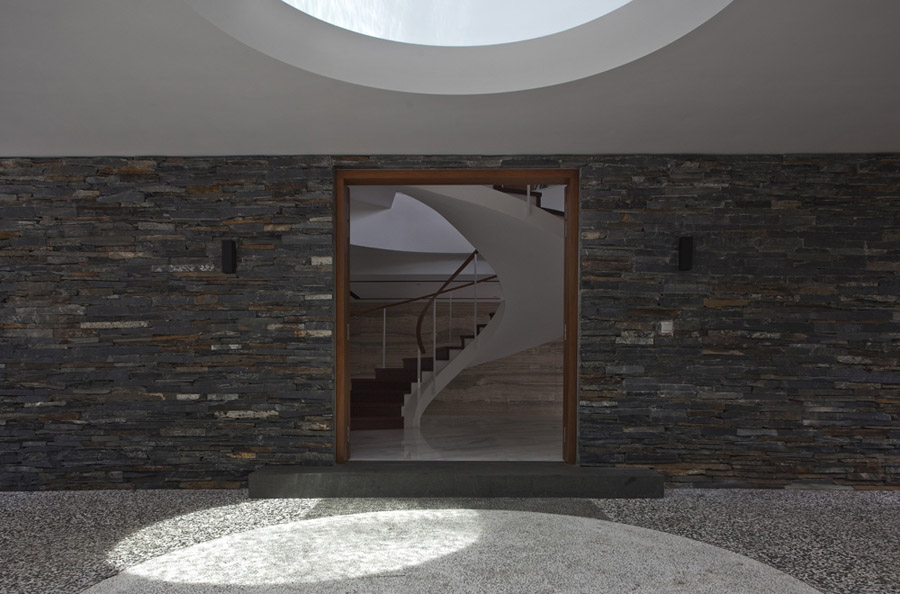 The average high temperature in Singapore is 89 degrees nearly year-round, and the nation definitely isn’t shy about using ice-cold air conditioning to make virtually every indoor space (including mausoleums) more comfortable. But relying exclusively on A/C can lead to a feeling of being cut off from the world outside, and it’s so beautiful here, that would be a real shame. One client of Wallflower’s wanted a contemporary home that “prioritized environmental coolness as a consistent attribute” while being able to enjoy the tropical surroundings. They placed the living room and study in a minimally enclosed structure on the second story to maximize views and breezes.

“A dark reflecting pond surrounds the pavilion which assists in refining the experience of serene isolation and privacy and frames,” say the architects. “The occasional bird dipping into the pond, rippling the surface further ties the house to the natural surroundings. The purpose of the second story pond is also designed to thermally insulate the dining, bedrooms and family spaces underneath from solar heat gain. In the same way, the water body above also helps to regulate temperature swings within the house.” 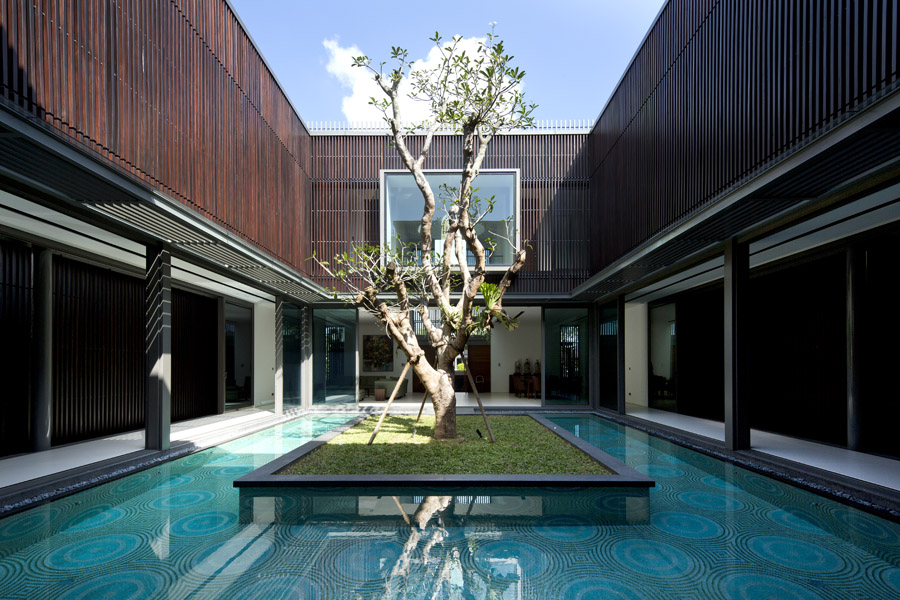 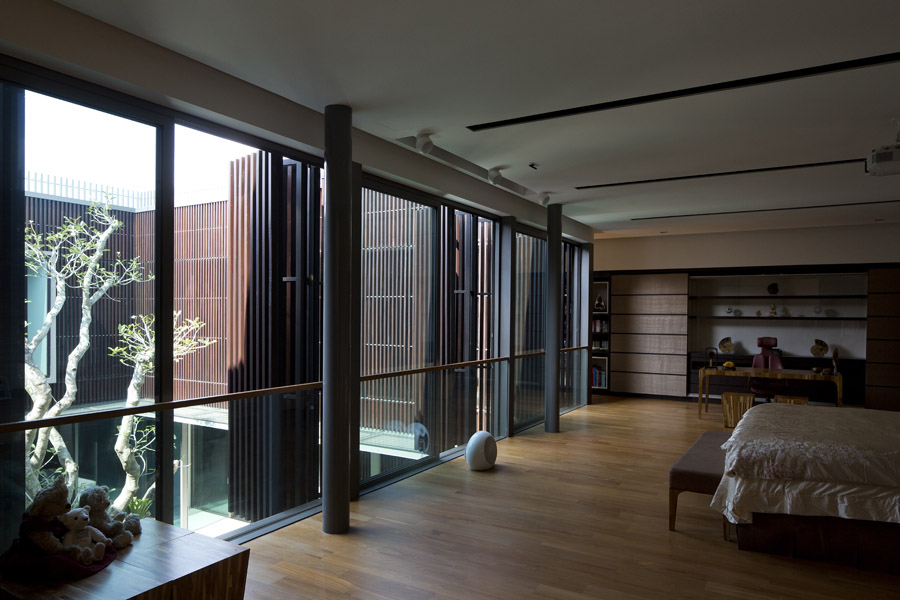 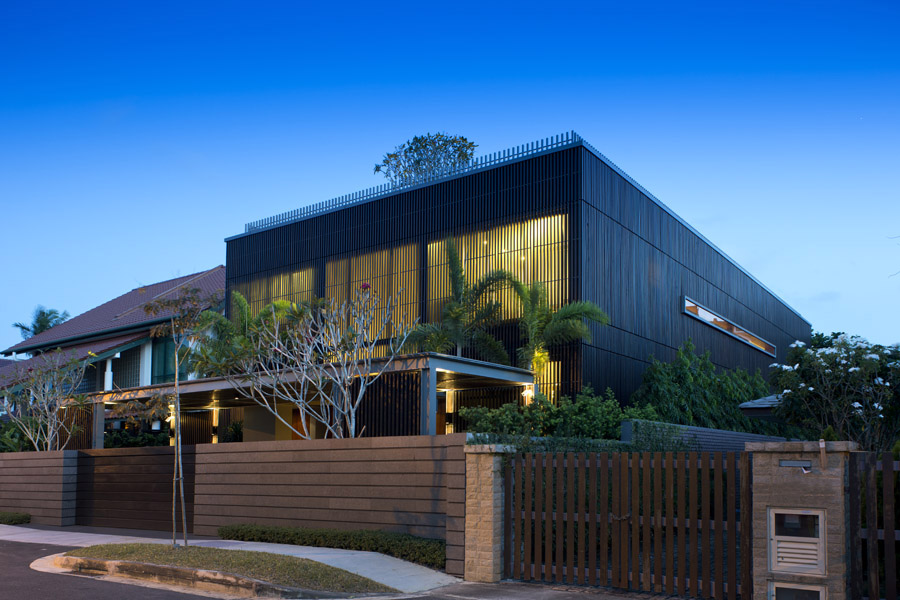 Perhaps you’re getting the sense, by now, that Wallflower excels most at creating tranquil tropical reserves in highly populated areas. That explains why they’re so in demand with clients who want houses that are virtually impenetrable from outside, but feel like natural sanctuaries within. Centennial Tree House also shields itself from the view of neighbors, prizing a sense of introversion that manifests literally within a large grassy courtyard housing a 100-year-old Frangipani tree.

“True to the owner’s requirements, the facade is entirely sealed off in most areas, and veiled by fixed timber screening in others,” say the architects. “The purity of intention to internalize results in a party of architectural elevation on three sides; there is no yard, opening, back of house, but a pebbled path between a rhythmic timber screen and a lush wall of polyalthias. Visually, the aesthetics exclude both physically and psychologically, but the timber screens along the periphery of the 1st story allow breezes to comb through, refreshing the sheltered corridors and living spaces.” 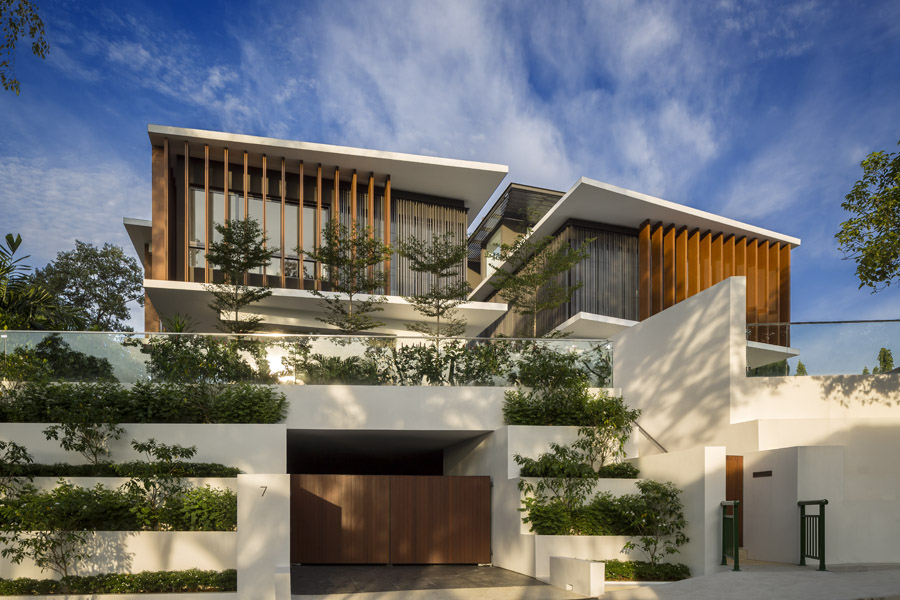 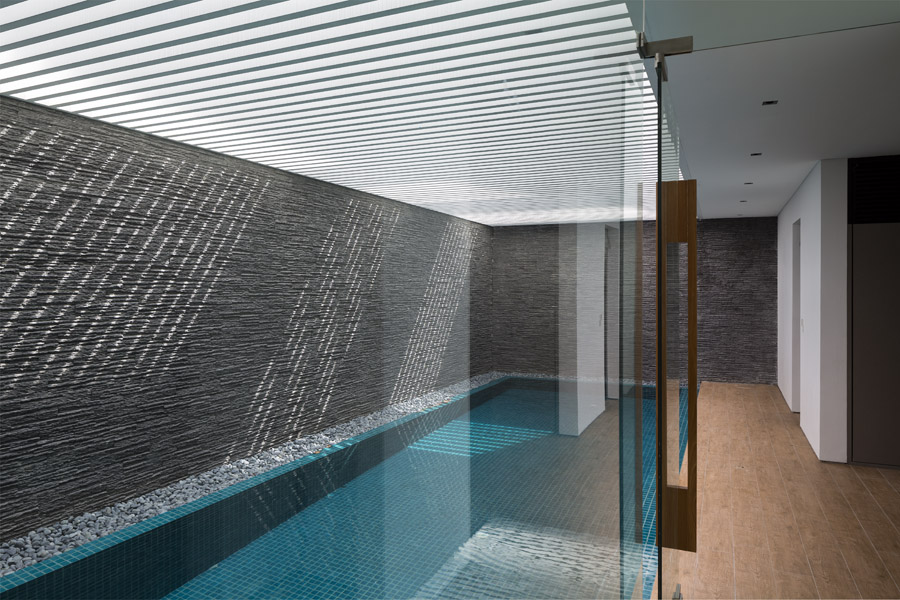 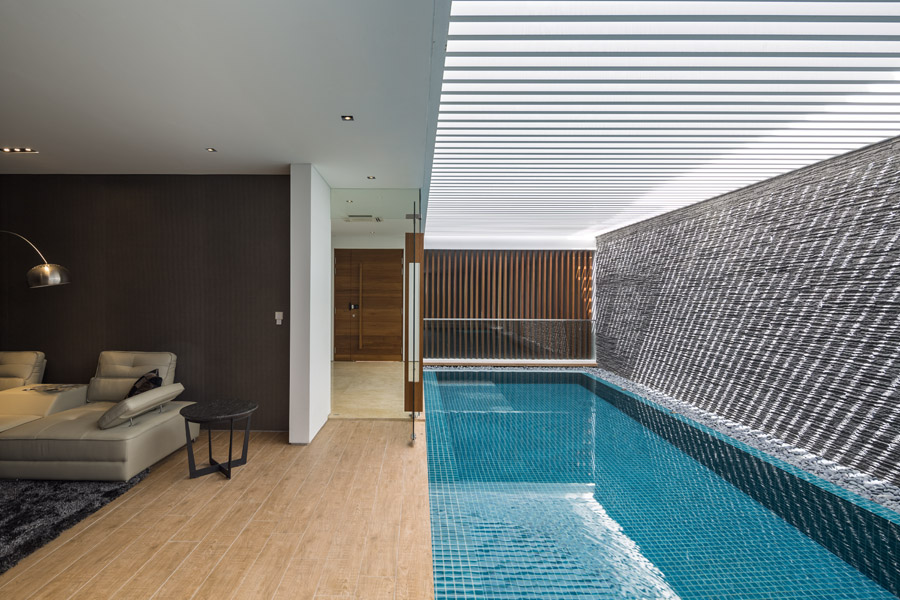 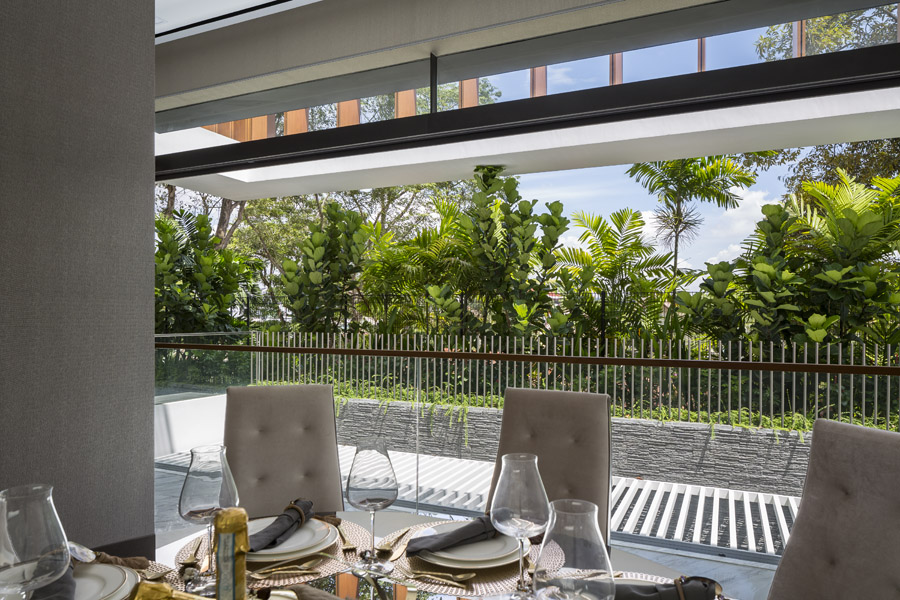 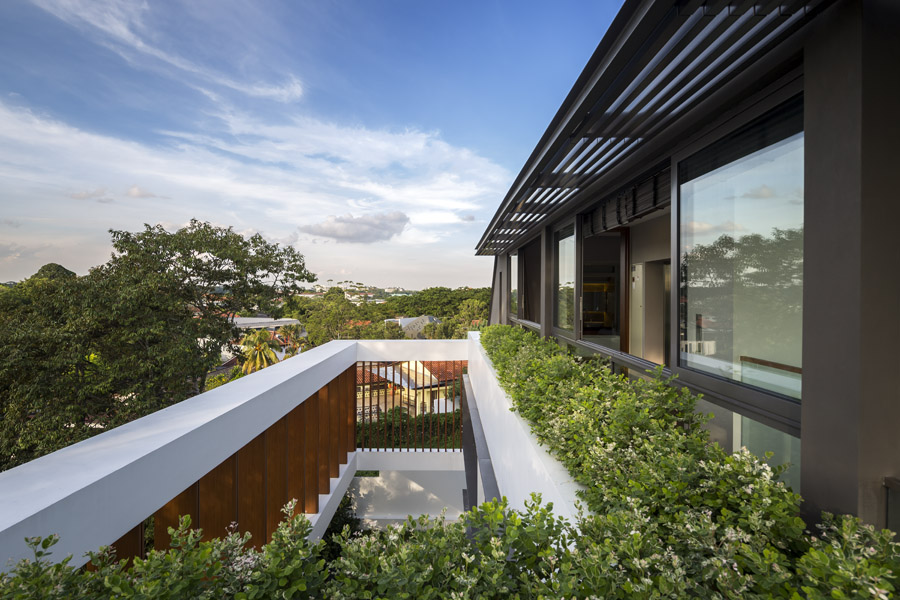 Namly View House is actually two houses built into a steep hillside with a basement level that opens to the public road, most of its functional spaces set high and toward the center of the plot to preserve privacy. Residents drive straight into the garage to be greeted by a sunken swimming pool that reflects light throughout the entire ground level, its slatted roof open to an adjacent glass-walled terrace. 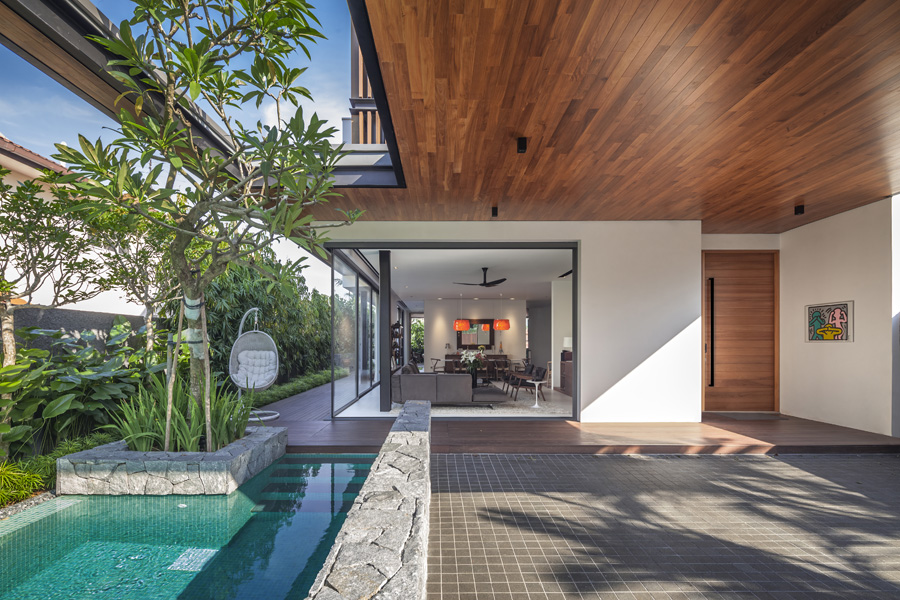 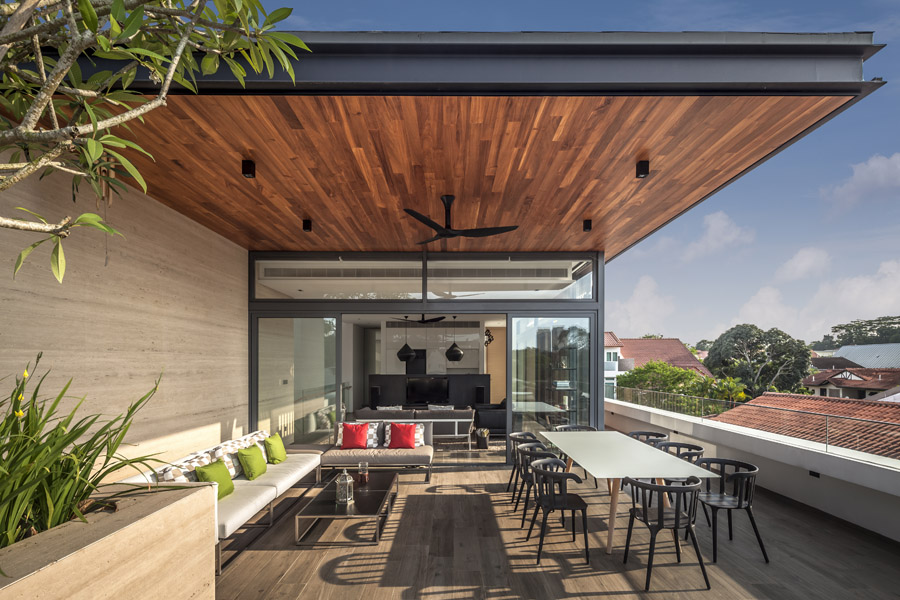 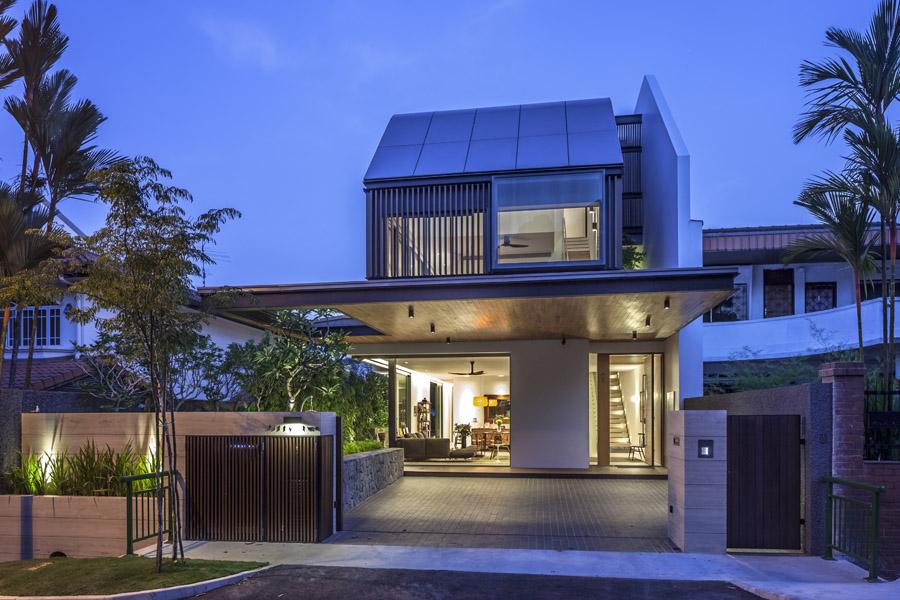 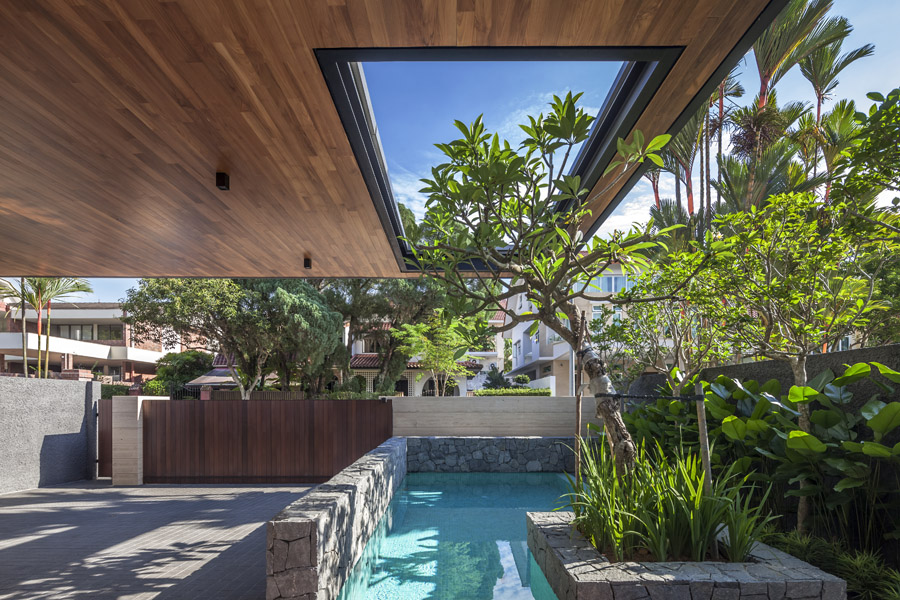 The roof terrace is the single most crucial element of Far Sight House, with views facing the green valley beyond. The interior spaces are veiled with operable timber louvers as well as horizontal aluminum sunscreens and vertically drawn blinds to open or close the house at will. Openings in the roofs of overhanging terraces let trees grow unimpeded, and as is common in the wealthier areas of Singapore, many of the rooms open almost completely to the outdoors.