Artist Benedetto Bufalino has never shied away from the wild, surreal and unexpected; previously, he has transformed abandoned cars into pizza ovens, phone booths into aquariums, concrete trucks into massive mobile disco balls and defunct travel trailers into swimming pools, among many other interventions. These projects never fail to put a smile on our faces – but the same might not be said for the owners of the parked cars he recently took over in Logroño, Spain.

Parklet projects commonly reclaim street parking for recreational use, whether by laying down rugs and setting up lawn chairs and grills or moving in mini parks on wheels, complete with trees and benches. But rarely, if ever, do they plop down right on top of parked vehicles in order to use the space. 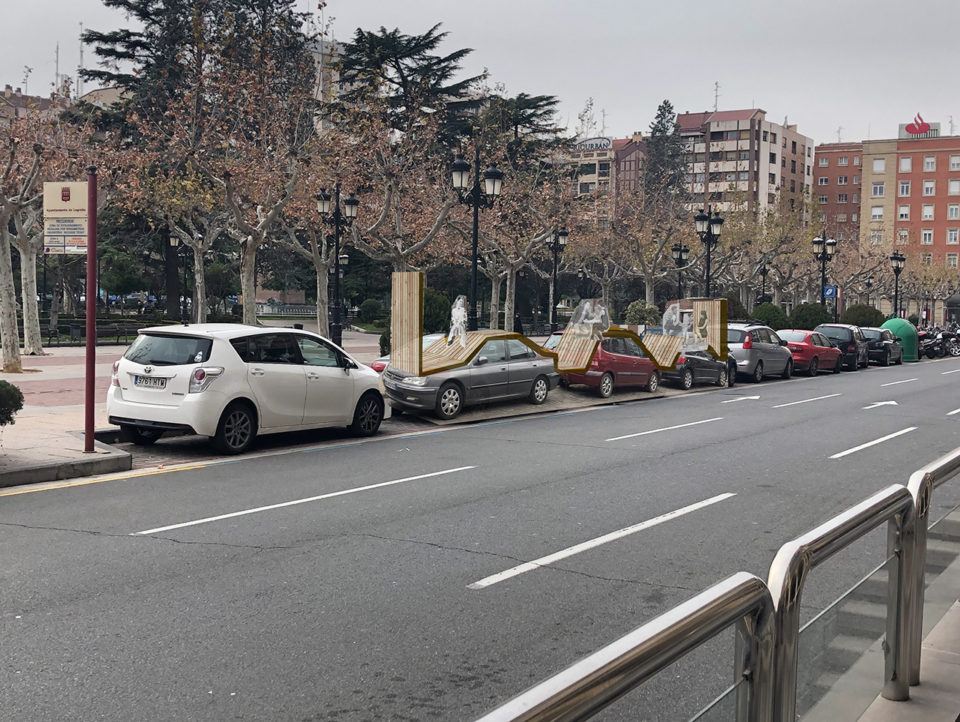 Located at Parking El Espolon, the installation is custom-fit to these three perfectly spaced vehicles, so of course, it’s not likely any angry unsuspecting car owners are going to come along to shake their fists. But the project is certainly a conversation starter, inviting people to climb up onto an “atypical terrace” to “discuss, debate and imagine a new world.” 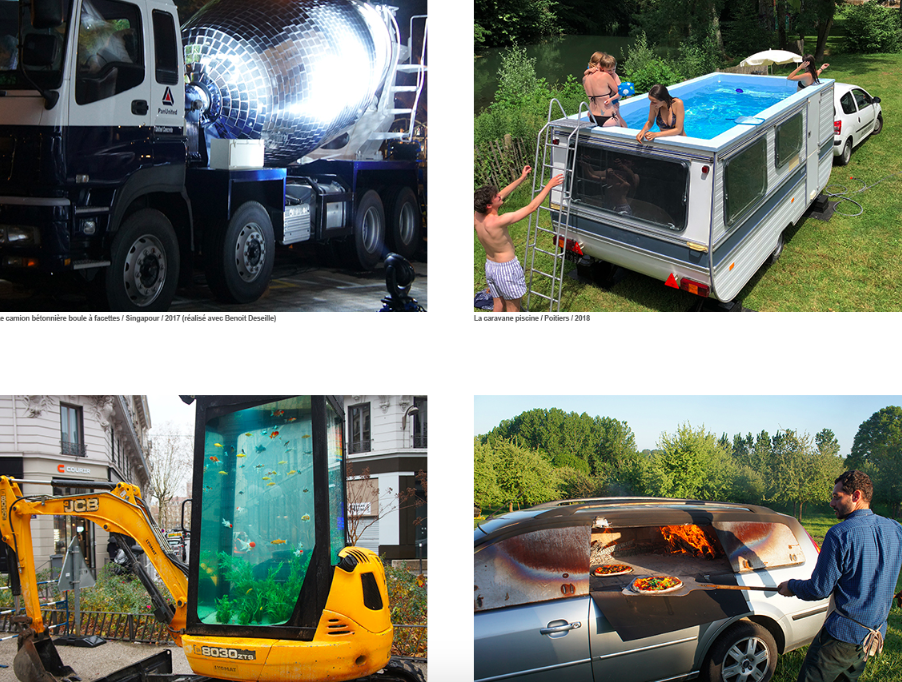 “Benedetto Bufalino is, in his own way, an ‘arranger’. Like a DJ seizes music already heard to do something else – a “mix”, in this case – this young artist who has made his weapons in Lyon and in design, he also, “remix” the real. Does an Ibiza model car evoke summer, beach, the art of seaside idleness? Bufalino redevelops it so as to transform it into a jacuzzi. Let’s stay in the car registry, which inspired the artist a lot. Engine in operation of a car, which produces heat in abundance? It can serve as a barbecue, once topped with a cooking grill. A long limousine, of the kind we like for weddings in Las Vegas? It will be advantageously open, its roof cut and removed, and transformed into urban friendly space.”