Street artist Thrashbird has gone off the beaten track to transform huge stone blocks at an abandoned concrete factory into enormous designer handbags. 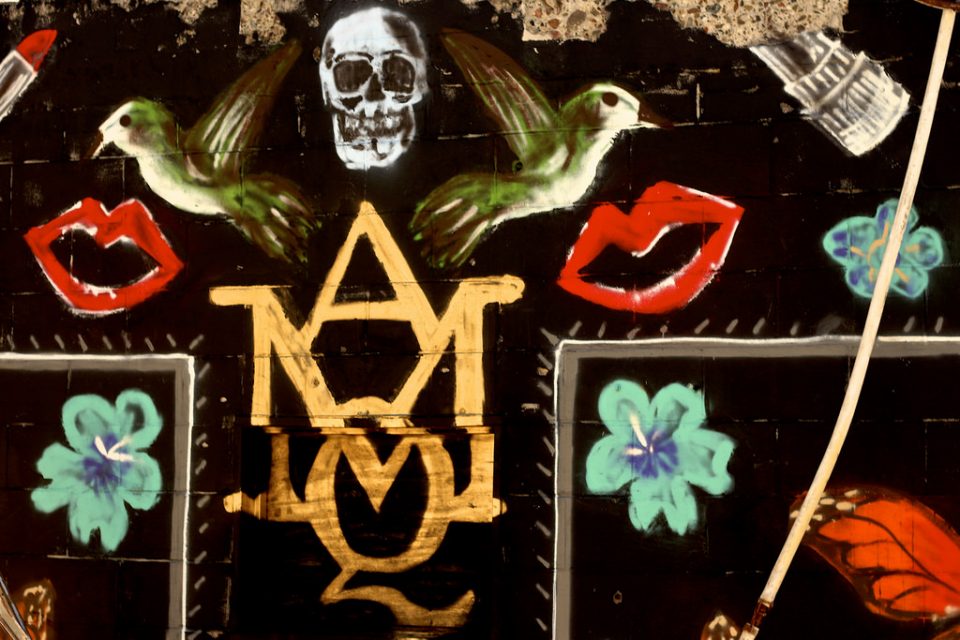 Like Banksy, LA-based Thrashbird prefers to be known by his working name while jealously guarding his personal privacy. Nothing petty about it – street art isn’t always accepted by authorities with the power to arrest, fine or both. That said, Thrashbird has begun to make a name for himself and he’s moving beyond his home turf to do it. In the case of his “Valley of Secret Treasures“, he’s gone all the way to Lime, Oregon, where an abandoned concrete & cement plant provided an unlikely canvas for some very unique street art. 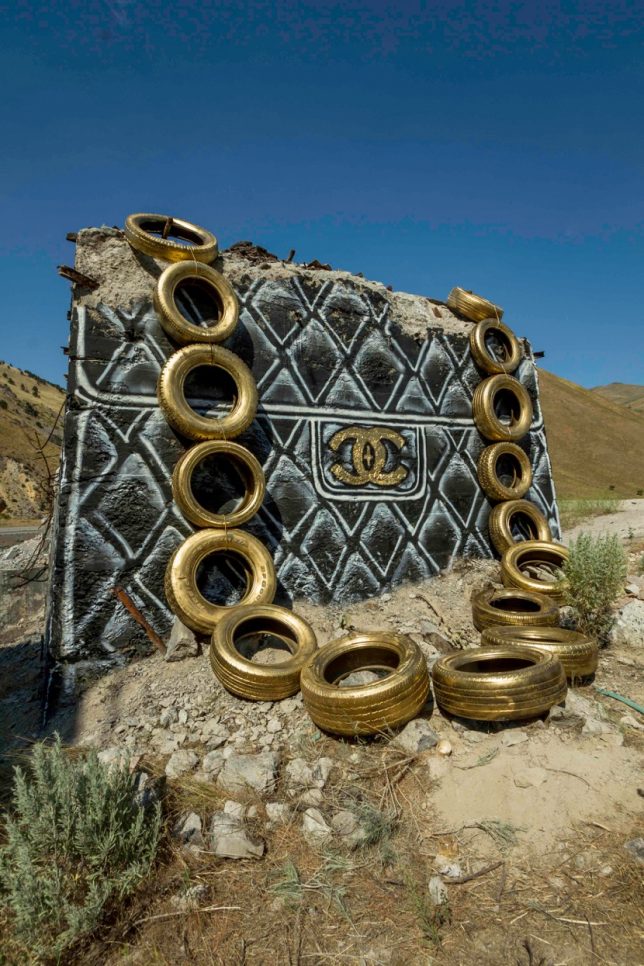 Nowadays a ghost town, Lime got its name from the region’s abundant natural limestone deposits that, beginning in 1916, were exploited by a series of companies producing plaster, cement and concrete. The last of these firms – Oregon Portland Cement Company – closed in 1980 when all of the nearby limestone had been mined out. 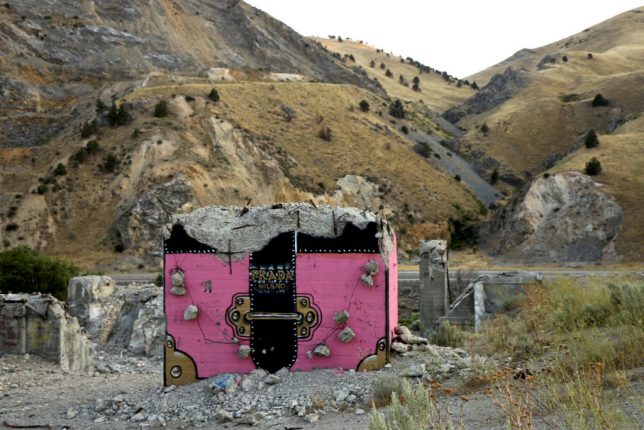 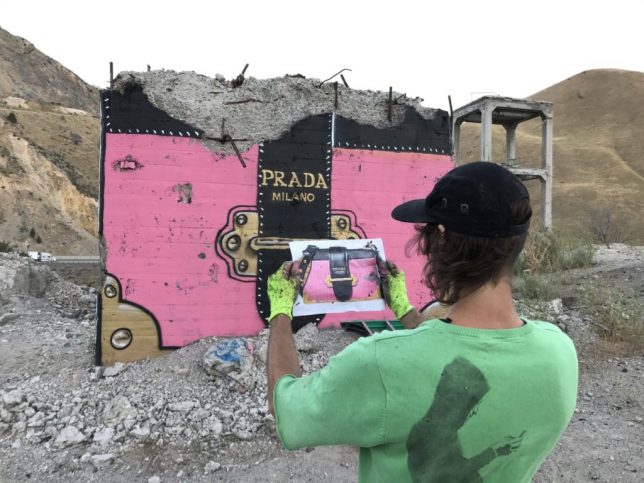 “Everyday we pass abandoned condemned  buildings, I see an opportunity to breathe beauty into the breakdown,” explained the artist after visiting Lime in the summer of 2014. “All around us are the forgotten decaying structures of the Industrial Age. I want to bring those places to life again by adding some color and ideas.” 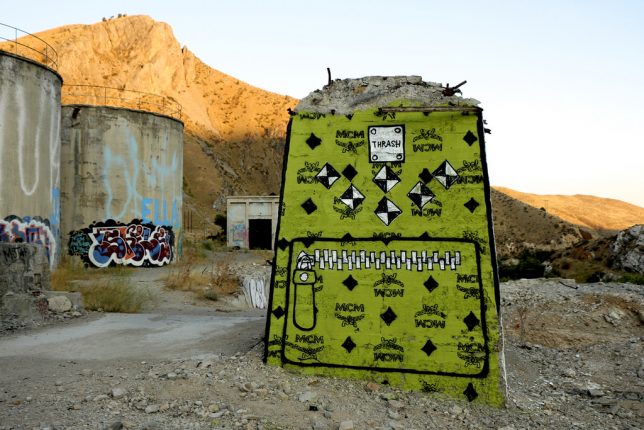 Thrashbird was particularly intrigued by the many squat, blocky, rebar-festooned concrete extrusions scattered about the old factory’s grounds. Possibly they were testing sites for varieties of cement but the artist saw something else: an opportunity to “make a great statement about sustainability and our attachment to high-priced objects.” 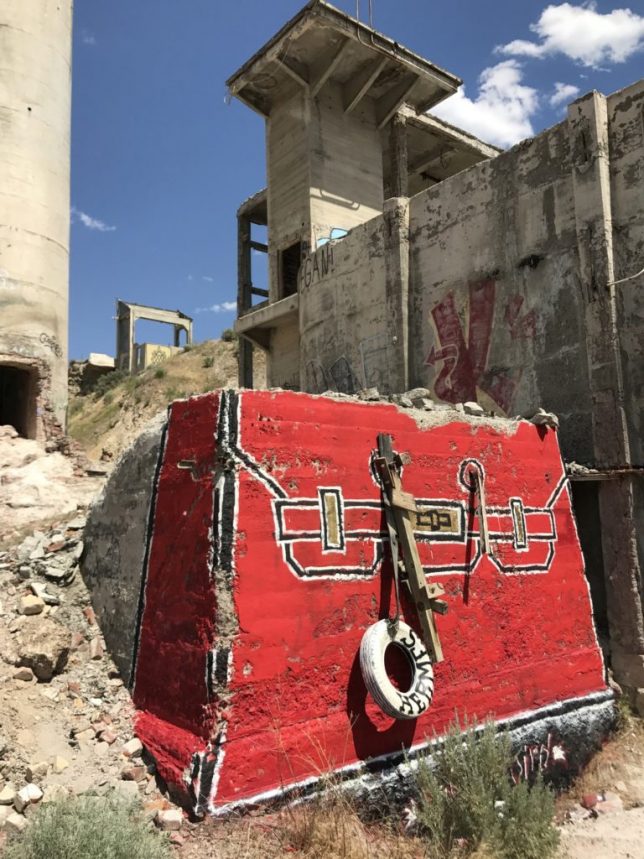 With the heavy lifting already done, Thrashbird didn’t need much material to transform the huge concrete blocks into jumbo versions of some of the fashion world’s most expensive accessories. Some discarded rope, scraps of wood, and old car tires (all available on site at no cost) provided the artist with everything needed to realize his vision. 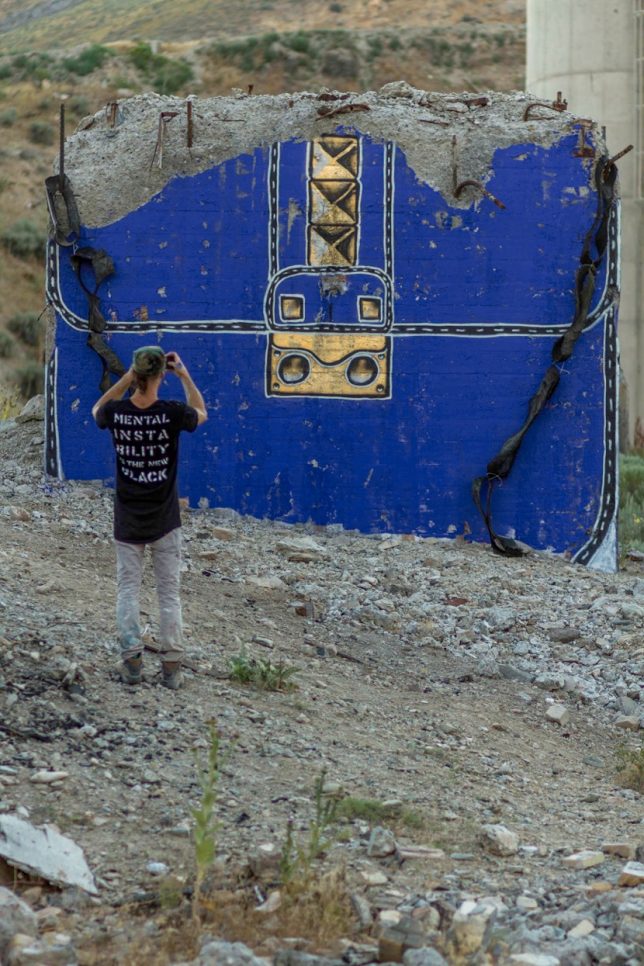 Not that creating the Valley of Secret Values was a simple thing, mind you… summer days on the Oregon-Idaho border can be brutally hot and natural spring water is in short supply. Even with the use of stencils to create some of the artworks’ repeating patterns, it took a full day on average to complete each humongous handbag. 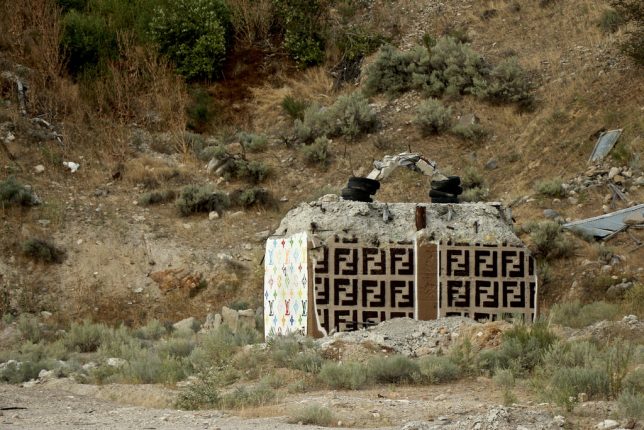 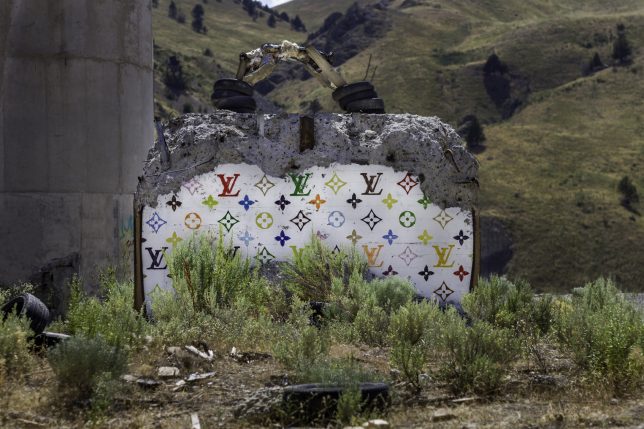 This smartly-produced video from international architectural illustrator and graphic designer Julia Mozheyko profiles Thrashbird’s creation of the Valley of Secret Values, accompanied by an evocative musical soundtrack. The video was posted to YouTube in September of 2017, shortly after the art installation was finished. 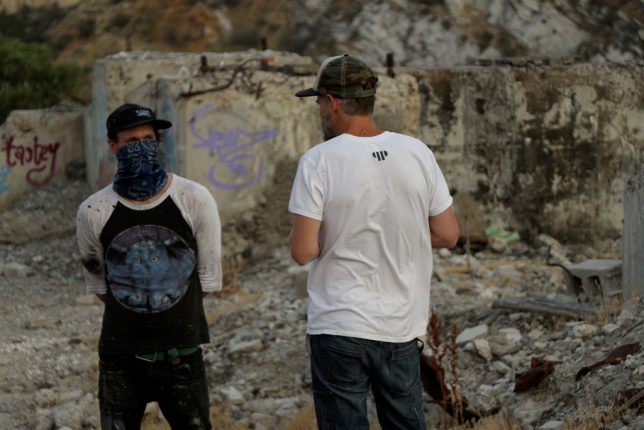 “The “Thrashbird’s Valley of Secret Values” project is part cautionary tale, part beautification project, and very introspective for me personally,” stated the artist, seen above on-site in July of 2017 with fellow street artist Provolotus. “It highlights my own personal struggle with ego and grandiosity, hence the scale of it. We grapple for status and purpose in society. Consuming possessions to showcase how successful we are and fill us with purpose, with complete disregard for the people and the planet affected by our careless over-consumption of ephemeral consumer goods. Our measure of success has been skewed.” 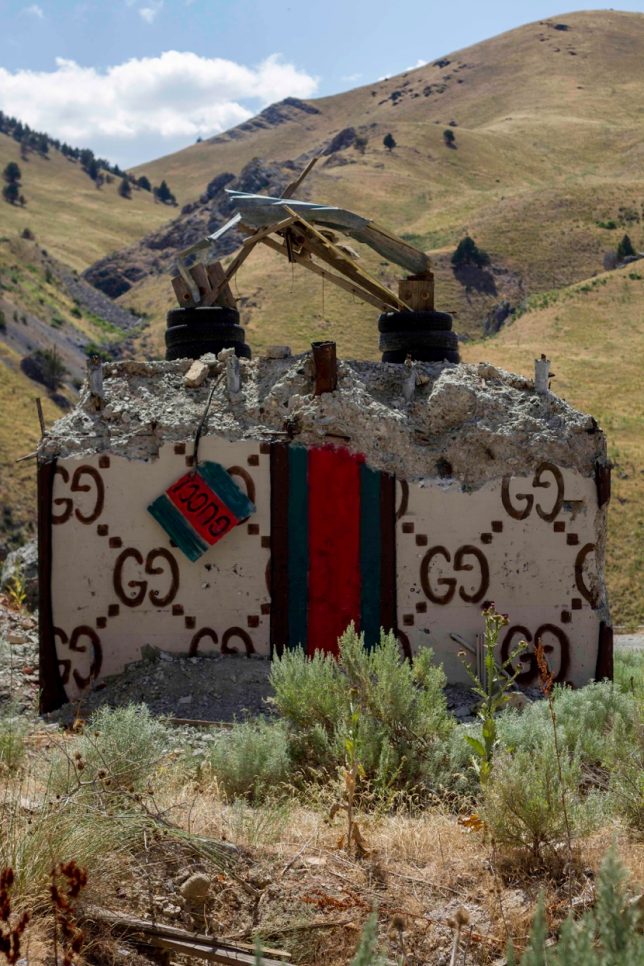 “We have come to a place in society where ‘things’ and social status have become more important than our connection to each other,” he added. “Very few people will ever come across these pieces of art in real life; there is something special within that. There is more to this story, but I’ll save it for later.” And we know just the bag to save it in.