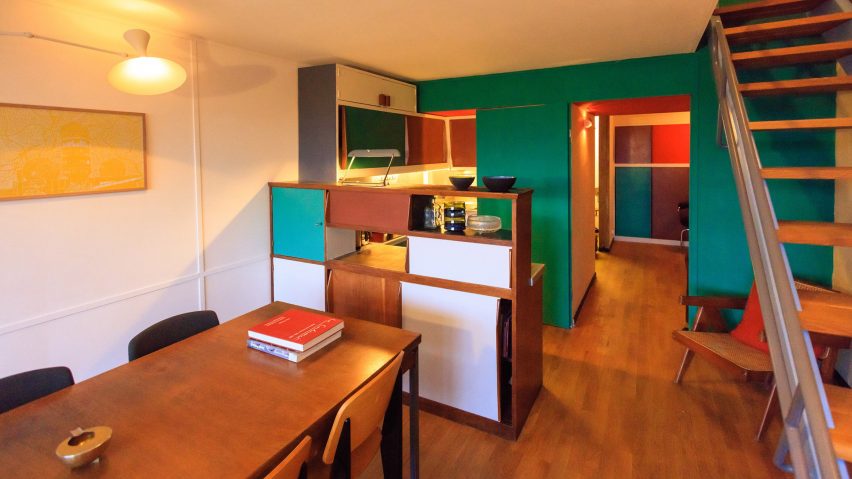 When Le Corbusier designed his Brutalist Unité d’Habitation structures in Marseilles and Berlin, the architect imagined these as models for the future of vertical urban living. But, as they say in war: his plans didn’t survive contact with the enemy. 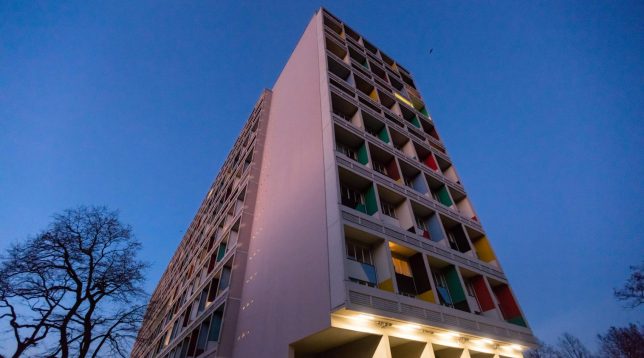 Completed in 1958, the Berlin version in particular was altered internally prior to construction, meaning that the original layouts and details Corbu had it mind were largely left on the drawing table, replaced instead by cheaper, German-drafted plans. At least until German-American architect Philipp Mohr (images Didier Gaillard-Hohlweg) bought a unit in the building. 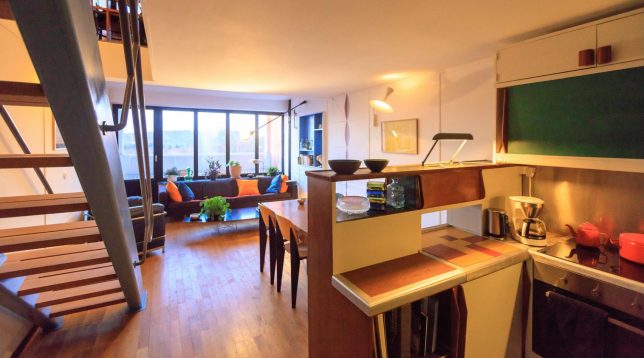 He purchased a condo that, at the time, “was all entirely white and looked more like a prison, or the typical 1980s German social housing, than anything Corbusier had ever designed.” Even the ceiling heights were out of alignment with the original design. 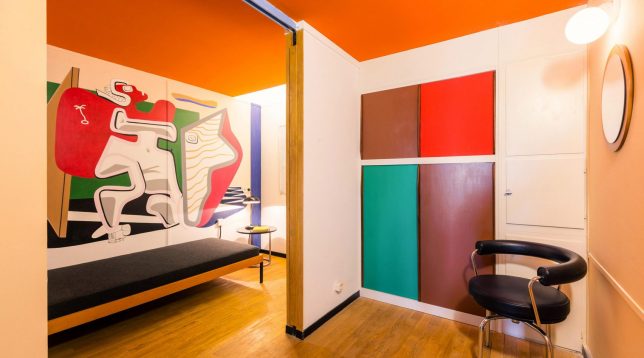 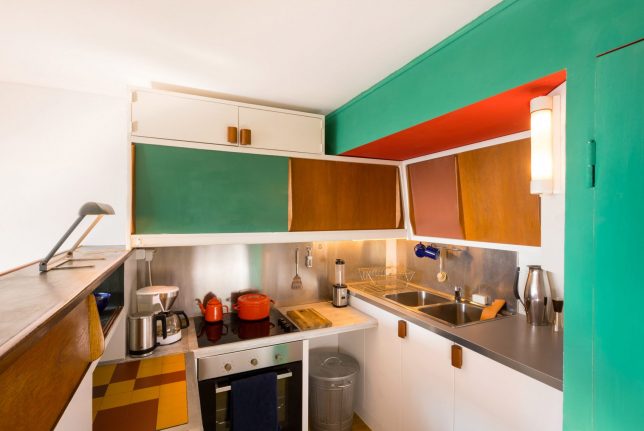 Mohr went beyond restoring the 1958 format format, studying historical design documents at the Foundation Le Corbusier and the Cité de l’Architecture et du Patrimoine in Paris to see past what was actually built. 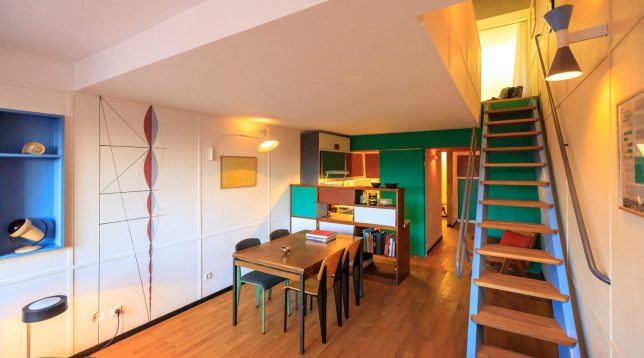 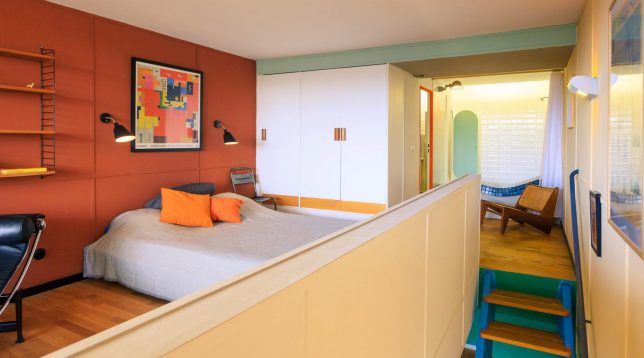 With the big picture in hand, he set about studying colors, lighting, finishes, plans and other details of Corbu’s to replicate his original vision as much as possible. 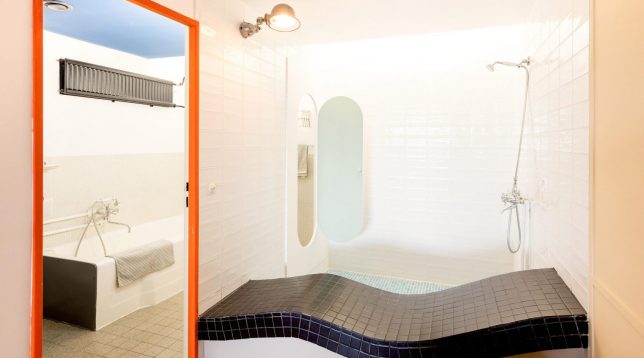 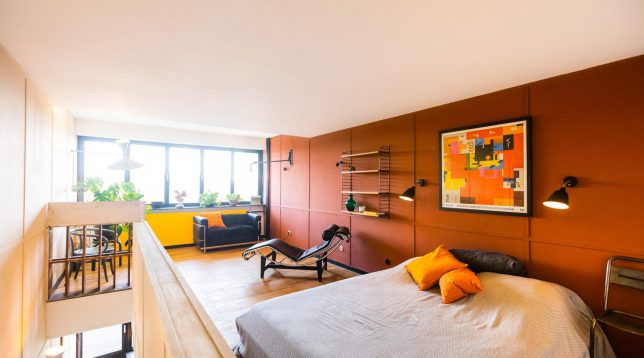 Having finished the renovation, Mohr believes the space is better for it. “The colours are timeless and very soothing and inviting,” Mohr says. “The use of wood and natural finishes is comfortable and homely. The proportions are pleasing and the relationship to views and light is positive and uplifting.”