Folding and flexible geometric forms seem to weave in and out of the structures graced with murals by David Louf (known as Mr. June), seeming to imply what a blank facade could have been in the past or become in some imagined future. 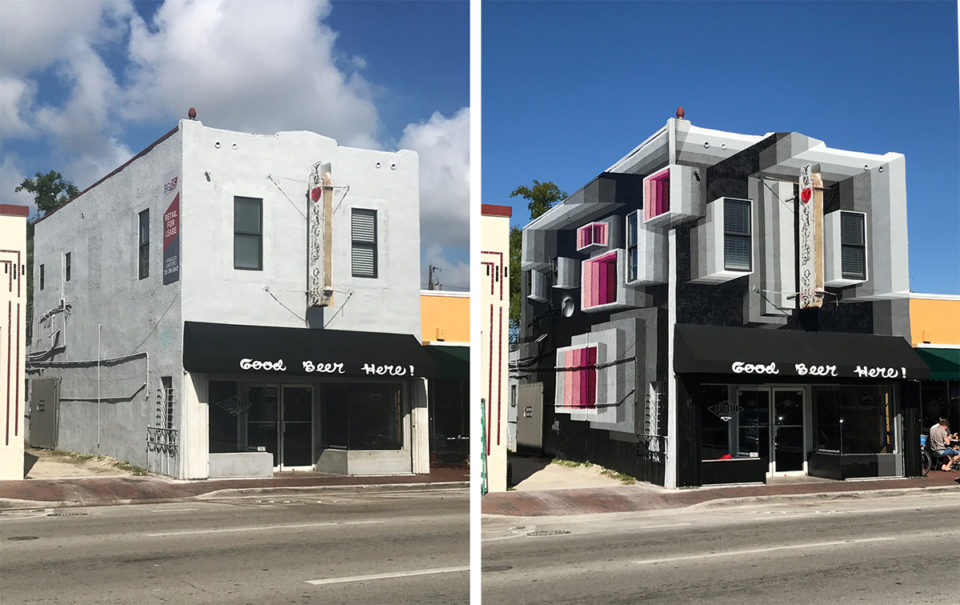 Louf toys with a combination of reality and abstraction. Depending on the piece, he sometimes hints at hidden doors, windows and interior spaces. In other cases, his work appears to deconstruct spacetime itself through layered voids. 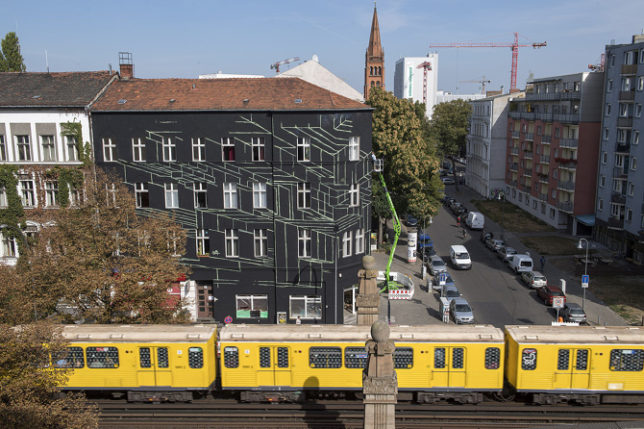 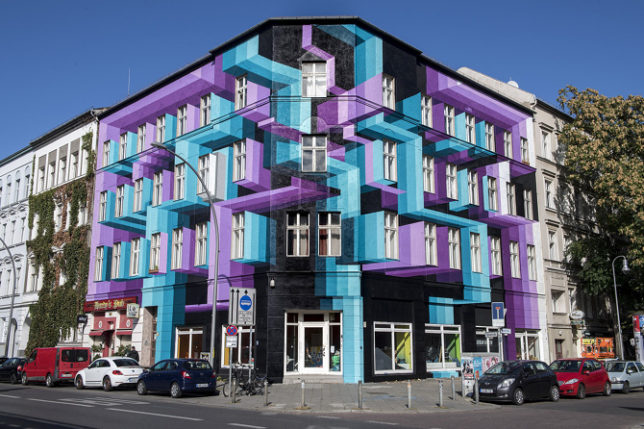 His murals have been painted everywhere from Miami and Denver to Aruba, China and Berlin, Germany, each a collaboration with his graphic design studio and an exploration of architectural speculation, like science fiction in art form.

Each piece is naturally site-specific, drawing on the materials and structure of the setting, playing up existing features while imagining new details, many of which warp reality around them. See videos of his works in progress above.