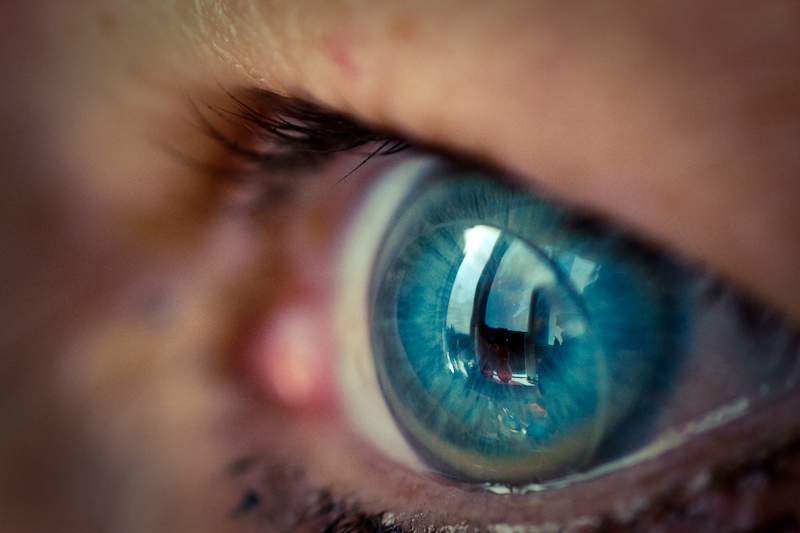 Anyone who’s hoping some version of our species will manage to survive the coming climate crisis through transhumanism might be interested to learn about this recent breakthrough: a robotic contact lens that can zoom in on command. A team of research scientists at the University of California San Diego set out to explore ways that “soft robotics” (which mimic materials found in living organisms) can be integrated with human bodies, and this is one of their projects.

They’ve created a prototype contact lens controlled by movement of the eye, so the wearer can simply blink twice to zoom in or out. The biomimetic lenses are made of elastic polymer films designed to respond to electric signals generated by the eyes when they move. The lens itself mimics the biology of the human eye, with layers that expand or contract to change its thickness, altering the amount of light that passes through it. 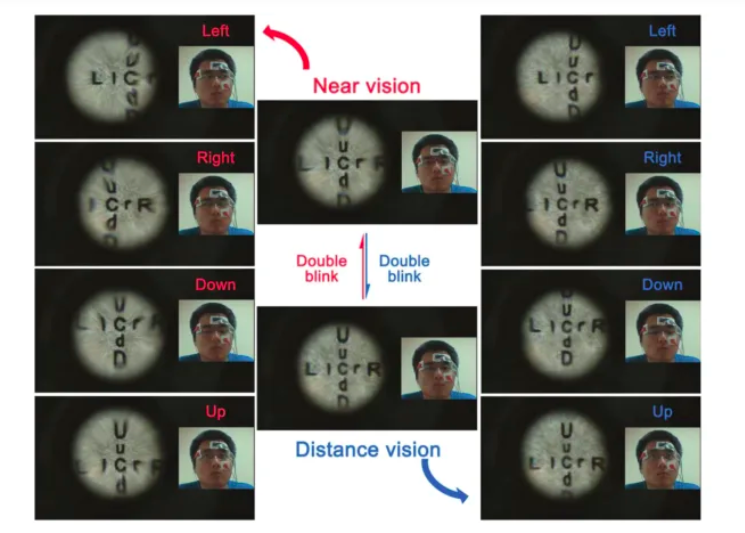 “Thanks to many unique features, soft robots or soft machines have been recently explored intensively to work collaboratively with human beings. Most of the previously developed soft robots are either controlled manually or by prewritten programs. In the current work, a novel human–machine interface is developed to use electrooculographic signals generated by eye movements to control the motions and the change of focal length of a biomimetic soft lens.”

“The motion and deformation of the soft lens are achieved by the actuation of different areas of dielectric elastomer films, mimicking the working mechanisms of the eyes of human and most mammals. The system developed in the current study has the potential to be used in visual prostheses, adjustable glasses, and remotely operated robotics in the future.” 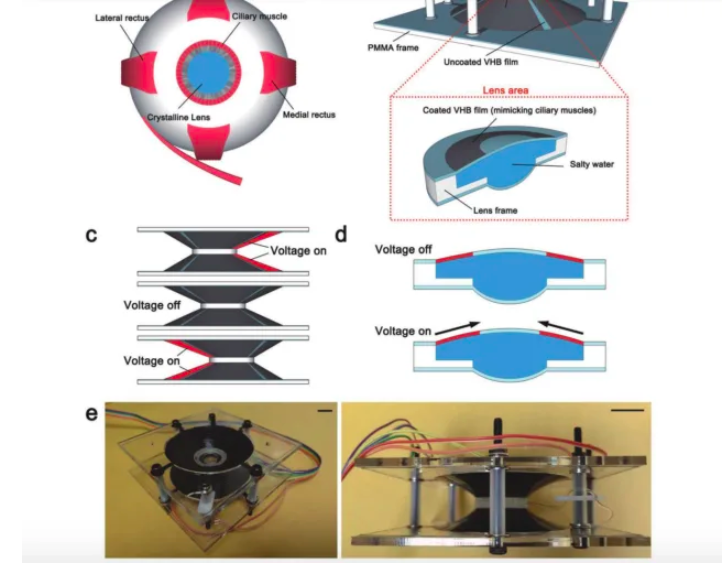 So, how long will it be before a real-life version of the sci-fi “eyeshine” surgery from Chronicles of Riddick, which enables night vision, is a thing?