Google has conquered Earth and apparently looking for new frontiers – too bad they haven’t develop Google Moon very much since releasing it. Though still in its infancy, Google Moon promised to expand as NASA provides Google with more and more images of the moon. So, we’re hoping that NASA will step up and help Google rule the galaxy, one planetary body at a time. 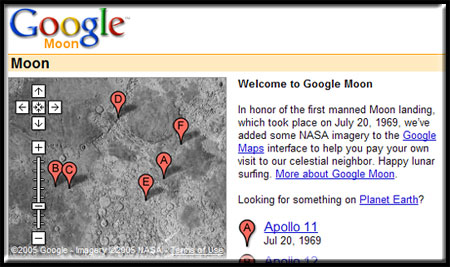