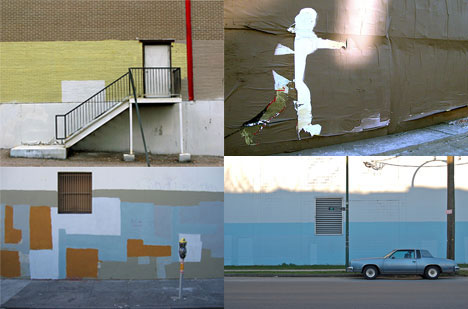 From The Secret Art of Graffiti Removal group on Flickr

Most would argue that graffiti removal is at best the elimination of vandalism or at worst the destruction of art, right? One award-winning film argues something quite different: that graffiti removal is the ultimate next step in the progression of modern art. Despite its semi-satirical intent, The Subconscious Art of Graffiti Removal raises many provocative questions and is an oddly compelling look at what might be the most overlooked art of our time. A closer look at the film reveals some surprising and strange realities regarding the art of graffiti removal. 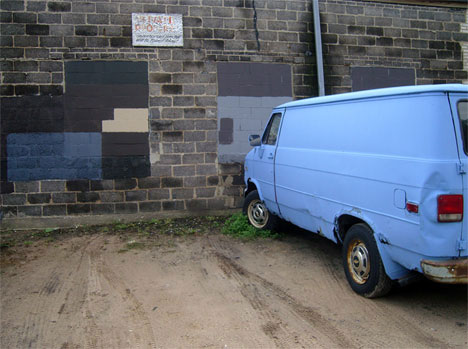 Example from the Symmetrical subcategory of graffiti removal art

The Subconscious Art of Graffiti Removal overtly follows the dull task of removing graffiti from public property and analyzes the resulting patchworks of paint. Regine of WMMNA summarizes: “the movie humourously compares city workers’ job to pain over existing graffiti to the works of abstract masters such as Mark Rothko, Kazimir Malevich and Robert Rauschenberg, dividing removal works into subcategories such as ghosting, symmetrical, and radical.” The result? A surprisingly convincing argument for graffiti removal as art, though reminiscent of humorous artworld spoofs such as animal art or child art being passed off as masterpieces. 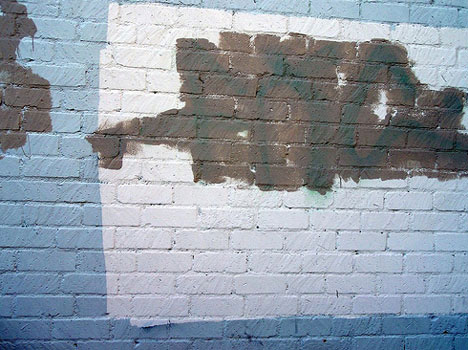 Example from the Ghosting subcategory of graffiti removal art

Isn’t it strange the you have to pay to have a building painted, but in some places the city will paint your building for free to remove graffiti? The film’s director, Matt McCormick, claims that graffiti removal sometimes receives more funding than the arts. If you accept his premise that graffiti removal is “art,” this means that in certain locations graffiti removers are the highest paid “artists,” painting for a profit the likes of which many artists (and most graffiti artists) may never see. Though in what sense does it really make sense to call graffiti removal art? Well, whether the work is conscious or subconscious, the director also argues that graffiti removal bears striking aesthetic similarities to “abstract expressionism, minimalism and Russian constructivism.” 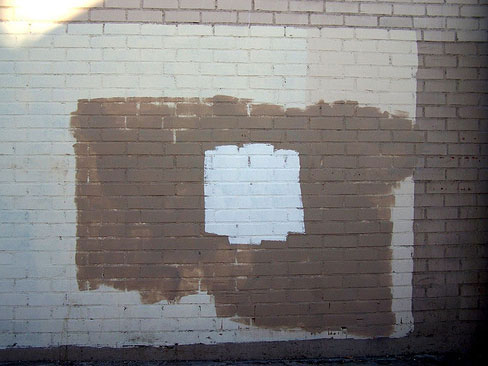 Example from the Radical subcategory of graffiti removal art

A fully-fledged Flickr photography group has emerged around the film, adding even more bizarre credibility to its dubiously satirical message along with screenings and awards at film festivals around the world. So is graffiti removal really subconscious art? The definition of art is, of course, always subjective. Still, the filmmaker uses definitions of graffiti removal and subconscious art that suggest he just might be onto something: “Graffiti Removal is the act of removing tags and graffiti by painting over them and Subconscious Art is a product of artistic merit that was created without conscious artistic intentions.”

Thanks to xaotica for the tip!